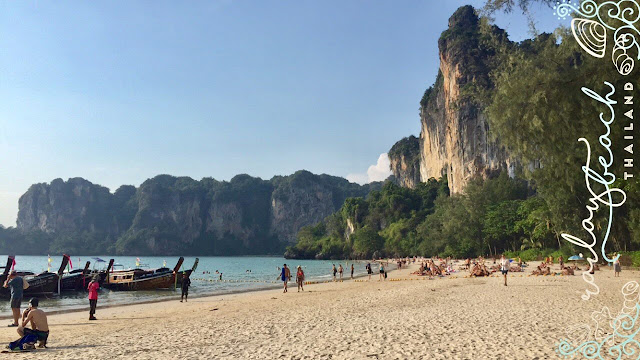 My first stop is Krabi- on the western (Andaman) Coast. To get there, I fly from Bangkok to Krabi, then hop a minivan that brings me to the Krabi beach town of Ao Nang. I booked a hostel en route- the Pop In Hostel. The hostel had a good vibe to it- friendly reception staff, couches to hang out on, activity board for things to do in the area, and a little bar. I had an 8 bed mixed dorm room- The Tup (a nearby island)- or due to misprint- The Tub🤣 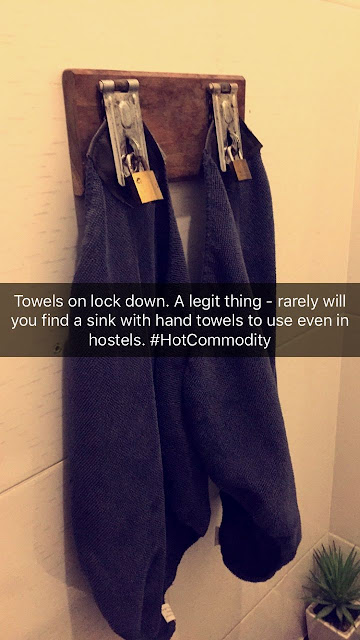 I got a second wind of energy and am ready to tour the city. I open the door to the hostel room all excited to ditch my things and roam around when I realize there were peeps still sleeping. I instantly had to tone down energy trying not to wake them. And then I headed downstairs to talk with the hostel people to see what's good to do and see. She said rock climbing first- which I had wanted to look into. I thought a full day would be fun! But Since it was already 11am they only had half day to offer. I ask if they have room for this afternoons group-at 12p- she makes a call and poof! 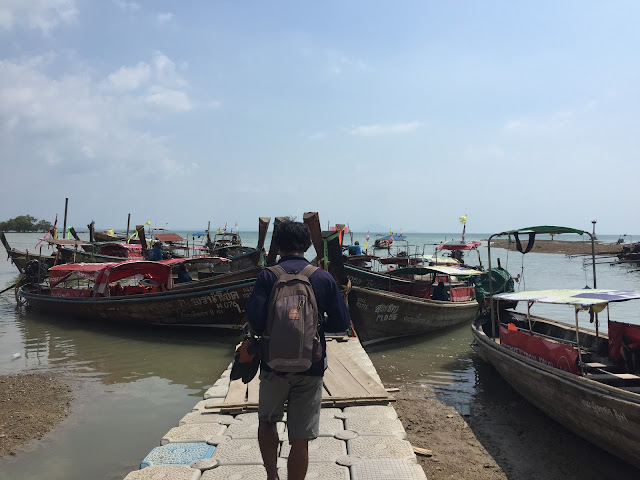 I was picked up at noon to go to krabi town to catch a long tail boat to Railay Beach where I would do the rock climbing, half day. I admit I was a little bummed to only do the half day. 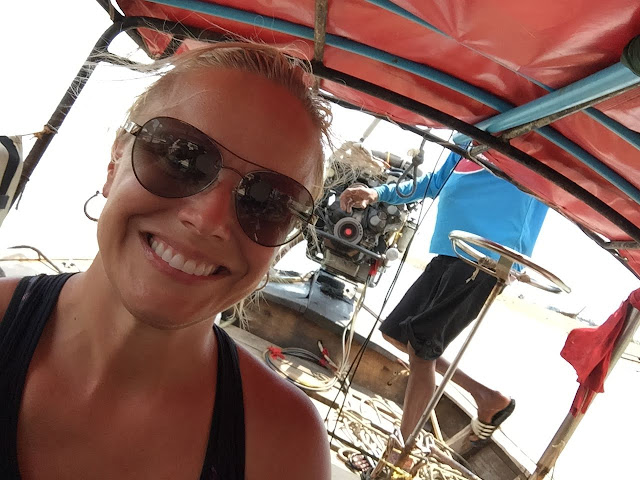 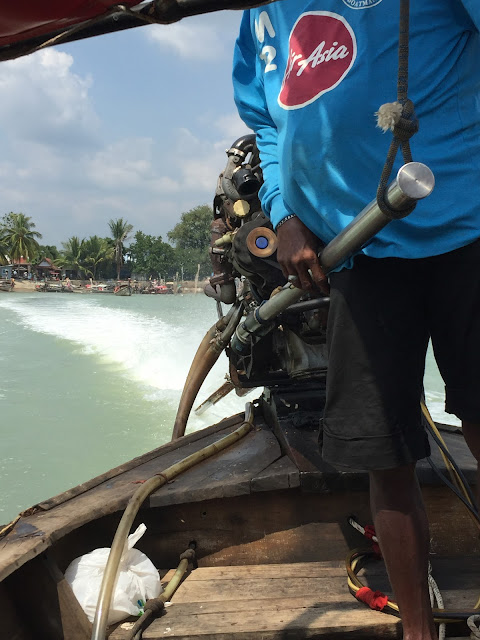 Once at the climbing shop we were fitted with our harnesses and walked 1/2 mile up a trail to get to the area we would be climbing. 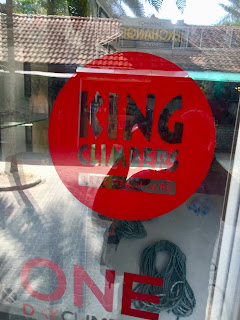 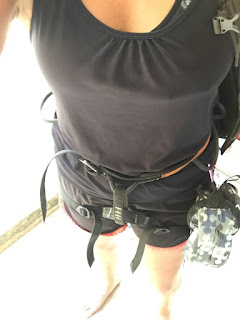 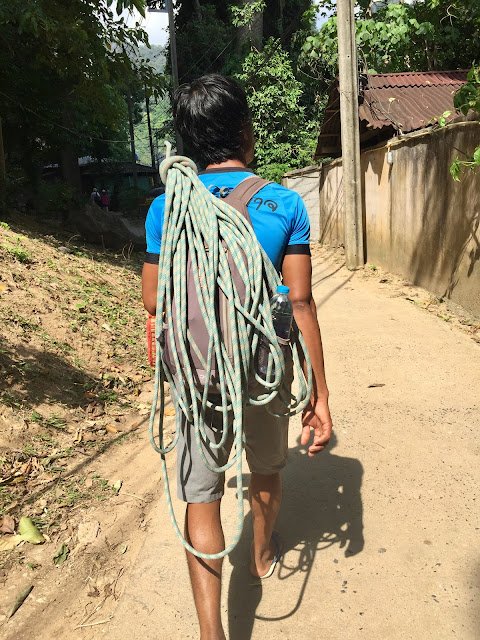 I was pretty happy to see that it was in the shady area - I was wondering who in the heck would sign up for rock climbing in the afternoon heat with heat indexes well over 100... (ME!) 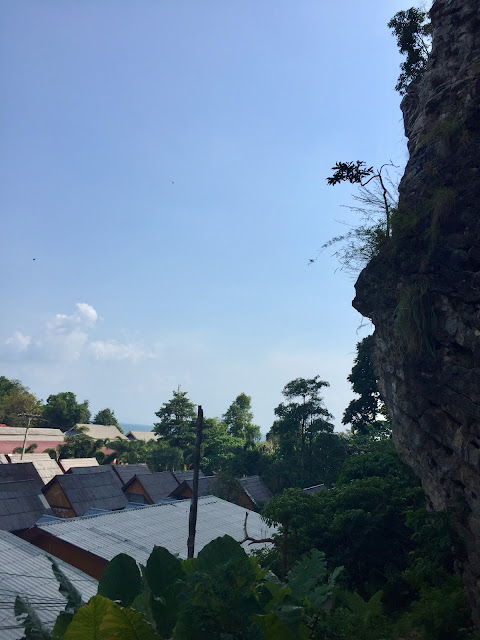 I cant say that the climbing instructors were real motivated or that they enjoyed their job, which kind of made it a bit of a bummer, but fun none the less. They gave us (at best) a 2 minute tutorial on how to rock climb. Then we were getting tied in and the challenge of the first course began! I love to climb rocks and high areas. I didn't love their shoes we had to wear. They felt like ballerina shoes - 2 sizes too small and pointed (kind of) in the toe area, cutting off all chance of blood supply to my toes for the next few hours. Luckily we didn't have to wear them along the way to the climbing area, just when climbing. 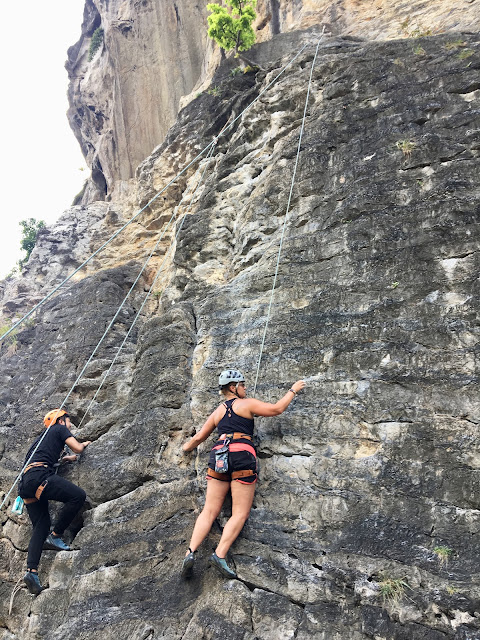 Cruising my way to the top! 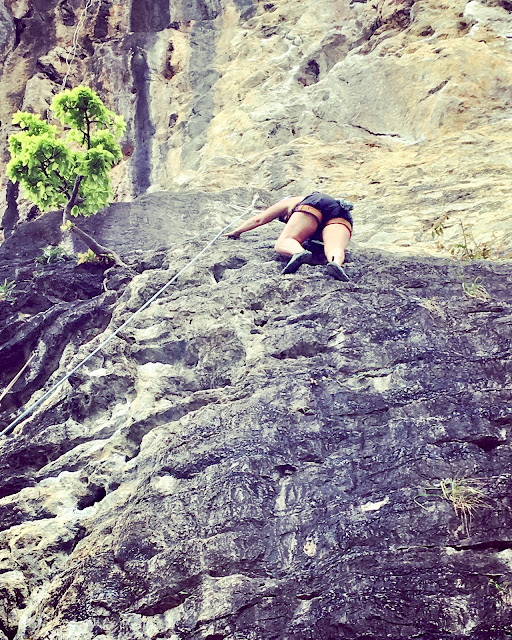 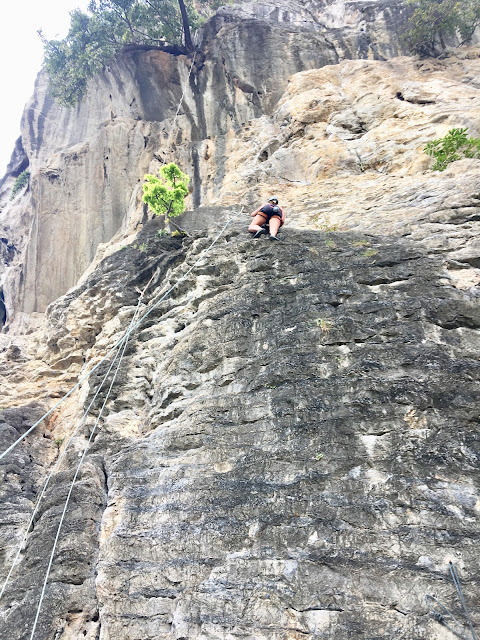 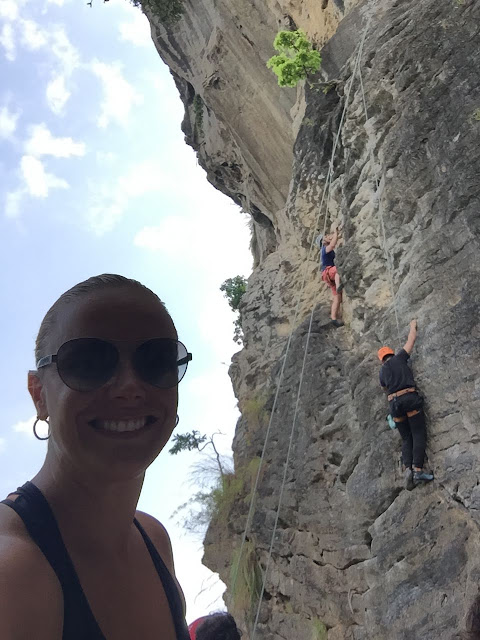 On to the next course - a bit more challenging in technical skills and a lot more height/slope. 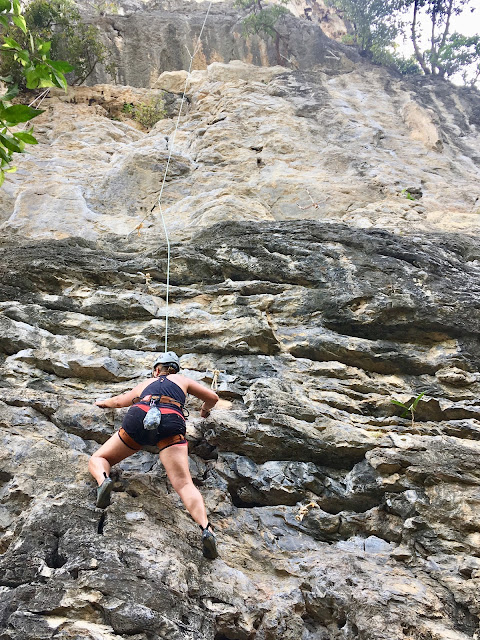 Repelling down was fun!!! It took a LOT of trust in the person at the bottom who is helping to control the rope tension.... 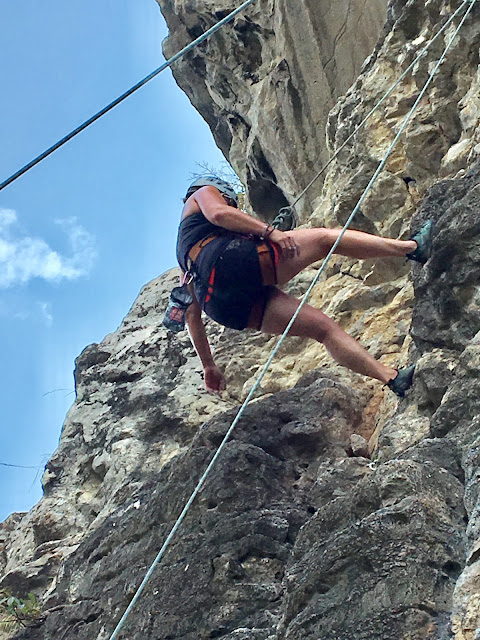 This is the rope tension guy - he was trustful in the climbing department! 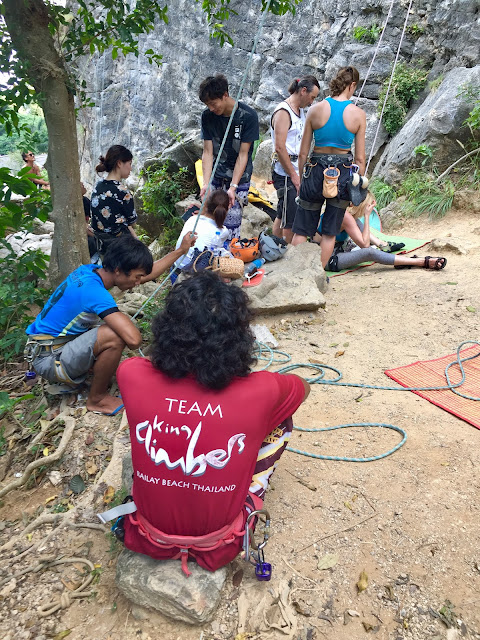 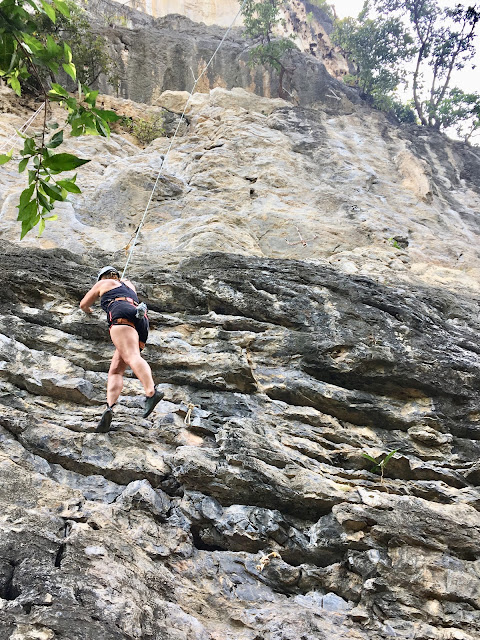 Then came the 4th Course. Not gonna lie, still a little disgruntled about not making it to the top. But it wasn't for a lack of effort, that's for sure. I cant tell you how many times I fell off this area. I would make all of the huge steps and leaps and stretched limbs to get to narrow spaces in which I would put my hand in hopes of holding my entire body weight on my fingertips. But this portion of the rock... when I looked up at it, it curved outward, but went from a rock that had grooves all over (to grab on to) - to one with like 4 hand and foot spots, all conveniently located about 6" from my reach and all with jagged spikes of rock on the backside of the grab on. I gave it 8 attempts... but called defeat once my fingertips were ripped open and bleeding and my legs were dripping blood from ricocheting off the cliff when my efforts failed me. Pictures just don't do it justice on how tall the climbs were.

I hate defeat and really really really hate being a quitter. But my body was just not going to allow me to get to the top of the final climb this day. 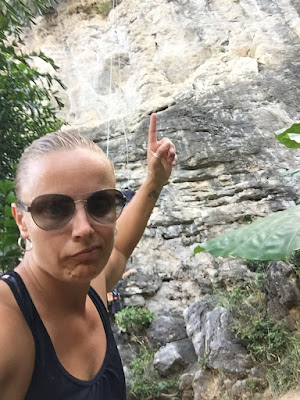 Hiking back from climbing 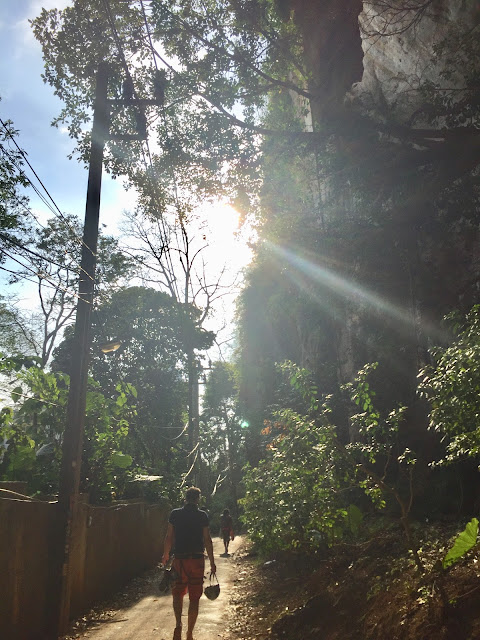 Returned the gear and back on the beach to return to the hostel and shower before the hostel dinner.

My poor knees and shins. They took quite a beating today. 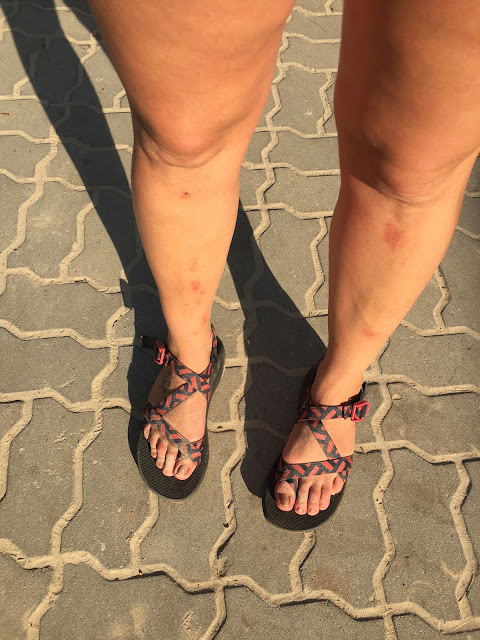 Oh, but my poor hands though!!! Sliced and 'rock cut' (like a papercut only deeper) everywhere. 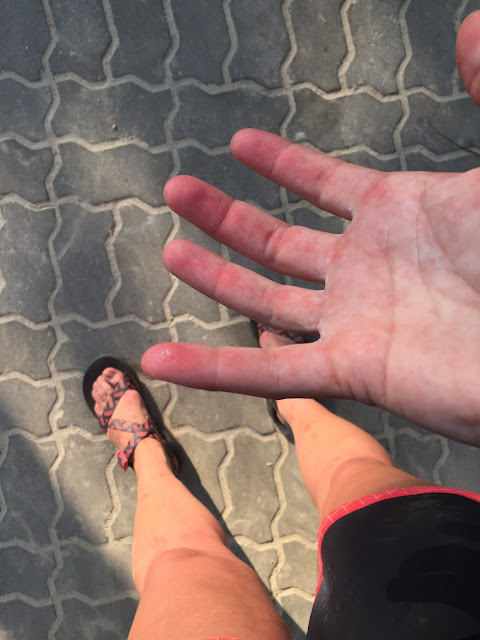 After being up since 3am (and getting all of 2 hours of sleep before that point), and after having a second wind, then rock climbing, and on to my third wind of the day - I headed out on the town with the peeps from my dorm room. 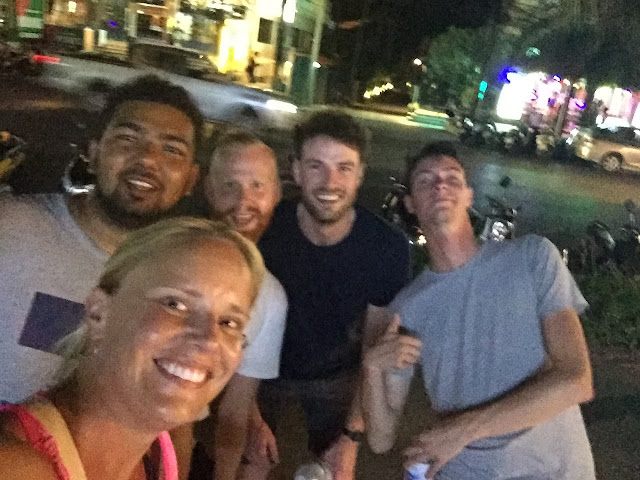 After calling it a night, I realized just how fun colored my body would be in the hours to come... 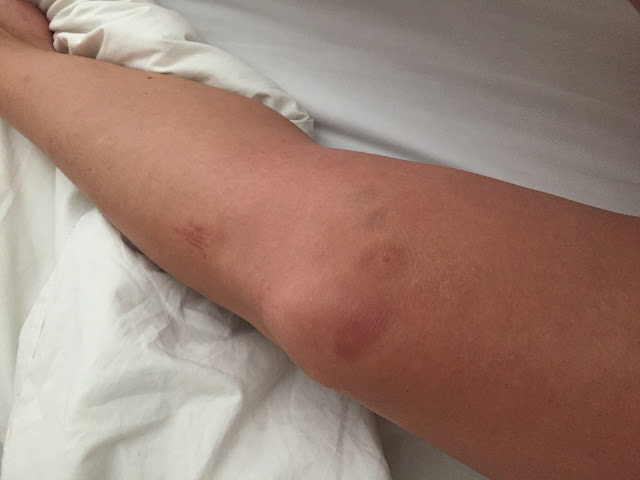