- January 21, 2019
A mere 6 hours after researching on the rooftop at my hostel in Bangkok,  I was headed to the airport to catch a flight to Krabi City on Krabi Province. I flew Air Asia - which, according to my google research, is similar to the likes of Spirit Airlines. Only a HAIR better, from what I read. Ie: The flight ticket (leaving 8 hours after I booked it) was only $28ish. But then, theres a fee for a checked bag. And a fee to 'pick your seat' - which I was unable to OPT OUT of. And a fee to print the boarding pass. All said and done, I had a flight from DMK airport in Bangkok to Krabi for a total of $55.00. Still crazy cheap compared to the US though. After making those plans and doing much needed laundry, it was 1am and I had precisely 2 hours until I had to be awake. 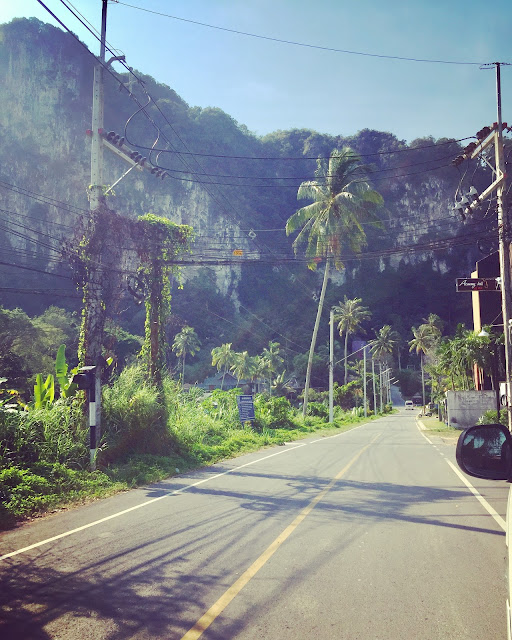 And of all the times to wake up BEFORE my alarm, wouldn't you know that's exactly what happened. So running on less than 2 hours of sleep, I packed my gear in the darkness of my hostel room while trying not to wake anyone else up and headed down the 7 flights of stairs like a turtle with an overly heavy shell trying not to tip over one way or another, and out into the heavy, humid heat of the Bangkok morning at 4am. I had planned to wander down to a Subway I spotted the day before, but as soon as I walked out the hostel door and felt the intense rush of dampness over my body from the 100% humidity and 85 degree temps at 4am, and along with the massive mosquito population already awake and out for breakfast (on my body) I decided this would be a bad idea.
This meant I needed to put my pack down, dig around for the bug dope lotion I should be used to putting on every day but chose not to for some reason, and well, I didn't have the patience for it - I was basically losing blood quickly... and those of you who know me, know that A) I am significantly allergic to mosquitoes and B) Welt like I have chicken pox. As if the world was on my side this morning, just as I was about to start huffing and puffing in frustration, a nice older guy pulled up with his taxi and asked if I needed a ride. Well YES I sure do! 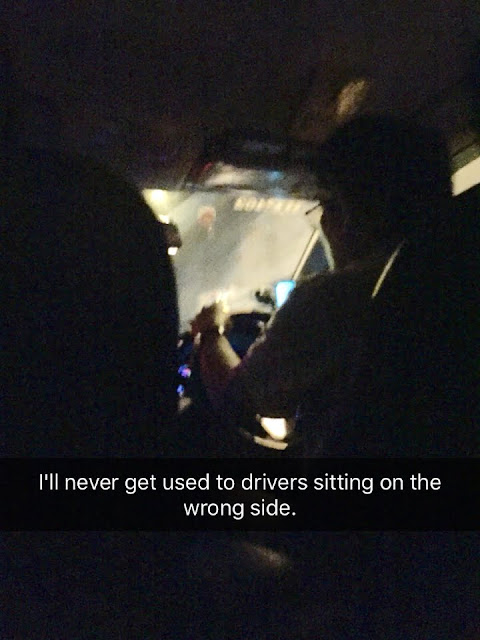 And he would run his meter - which is a big deal in Bangkok. No meter = no guarantee what you will pay for your ride. Could be cheaper, but most likely it will be 2-3x more expensive.

I get in his car happy at the change in my mornings pace, and after a significant police roadblock which entailed 1 way traffic while at least 15+ officers shined ginormous spot lights in every vehicle and every persons eyes, I was on the way to the airport. And I arrived WAY early - but low and behold.. SUBWAY!  This is only the second Subway restaurant I have seen in Asia - and I am craving it BAD. Happiness is a taxi ride without effort and Subway. 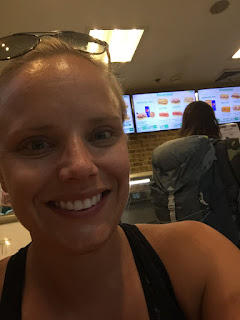 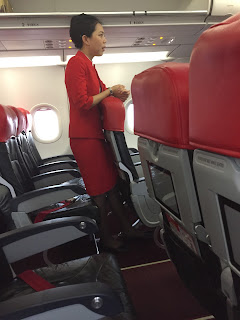 After what seemed like 3 hours of waiting with HUGE crowds of people (oh wait, it WAS!) I was on my way to Krabi via Asia Air. I didn't have to pay extra for my boarding pass, I got a seat in row 2, and I was fed and content to be leaving Bangkok once again. Life. Is. Good. 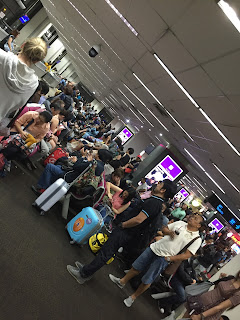 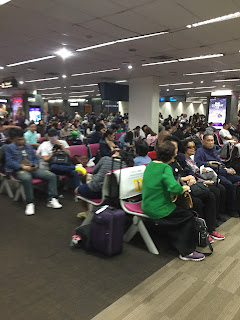 Upon arrival at Krabi, I grabbed my pack and headed out to get a songthew (taxi) to Ao Nang, the beach town just down the road from Krabi. I booked a hostel en route there :) 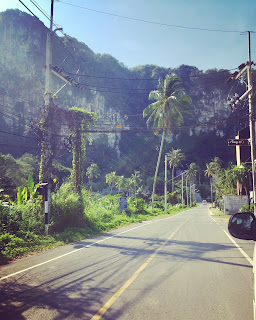