- January 21, 2019
I was offered to go on a village tour and was told “It’s a great culture experience” and I was sold. So I boarded a songthew (taxi) with three other girls from my hostel and we set out on an hour long drive to the lake nearby Siem Reap, Cambodia – one of the largest (and rare) fresh water lakes in Asia. 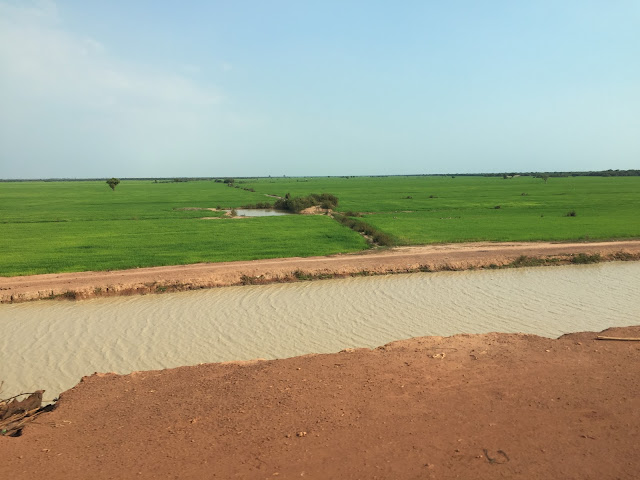 We passed by temples, tuk tuks, food stands, and turned on one red dirt road after another until we stopped at a pop up/makeshift ‘shopping’ area – the shops were put together with bamboo poles on the sides and covered with old advertising banners for walls and a roof. 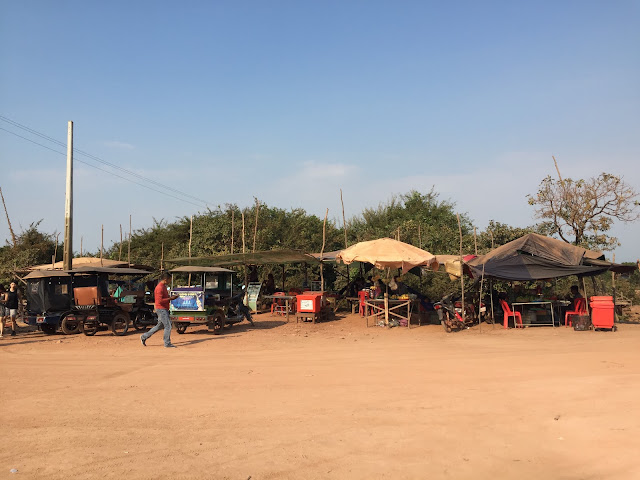 Every vehicle that passed create a swirl of red dust that overwhelmed the nostrils and created a solid coating of dark red on all exposed areas of skin. We were herded down to the boats – there had to have been hundreds of boats all crammed into the least amount of space needed to park. Some looked as though they were sitting on top of one another. 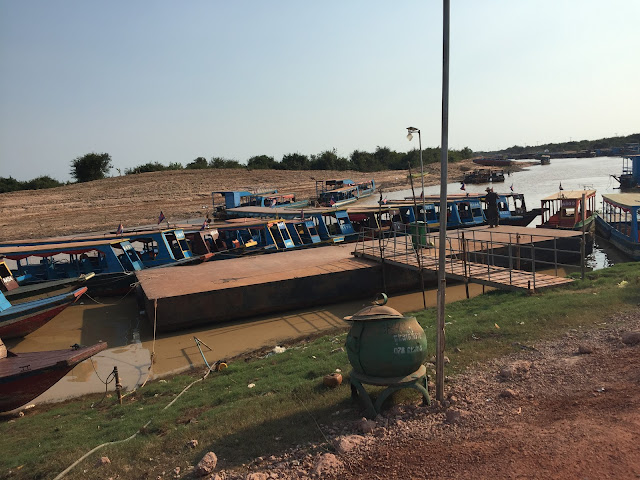 We shuffled from the red dirt road, to a gravel road, to a mud hill, onto one big boat, just to jump to the next one. 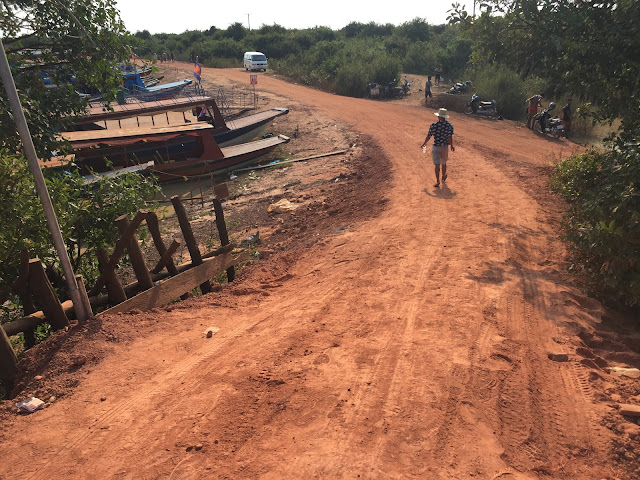 The options were sitting underneath the metal roof of the boat, or on top of the metal roof. It’s a sunny day and I wanted to have a good view of life in Cambodia, so I opted for the top of the boat. There was a steep ladder with 8 very narrow steps leading up to the poorly nailed tin roof. Every step I took sounded like I was walking on a bed of tin cans. I must have started a trend, as no one sat below after our first 10 minutes of travel time. 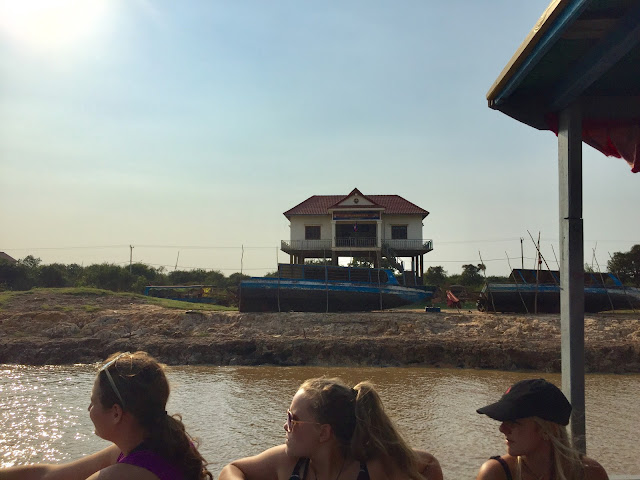 When we were all on board, the boat motor fired up with a huge black cloud of smoke that lingered for minutes. The engines of these boats are CRAZY loud. Throughout the day I saw hundreds of boats motoring to and from the lake area – not one driver had any type of ear protection on. I admit I Iike loud pipes on bikes a LOT, but there were two occasions that I put my hands over my ears as boats sped past us on the right and the left.  Along the riverway, there were hundreds of homes raised high into the air on stilts and logs. 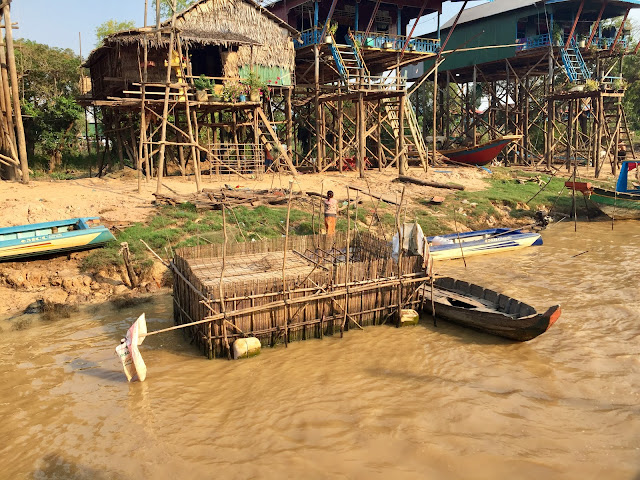 The water levels are ‘low’ now, but during monsoon season, the water levels raise 6+ feet and stay that way, so the homes are built with the high waters in mind. Along the shores on each side of the river were hundreds and hundreds of boats – I swear there were 5 boats to every house. 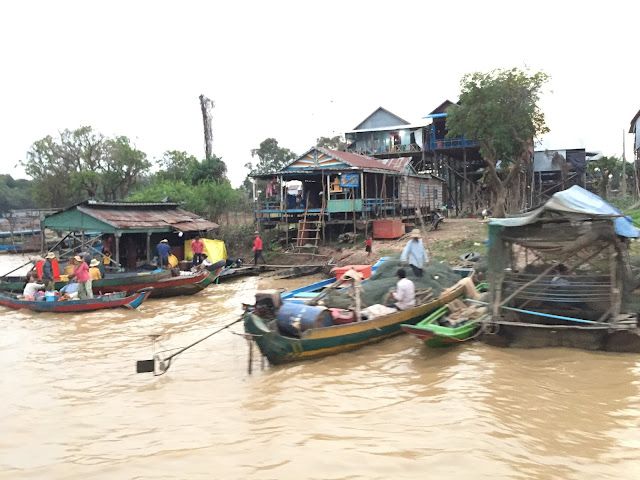 Some boats were perched up on the ‘front yards’ of homes. Some were bobbing up and down in the water as boats passed by. Others were being loaded with fishing gear, shrimping gear, nets, buckets, and always a lot of people. Each house was created just a little differently – but the idea remained constant – build for high waters. 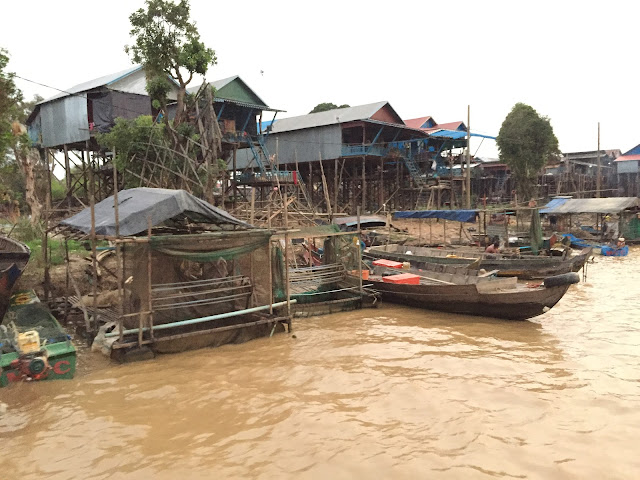 The power lines were propped in the air by bamboo posts that were tied together in the shape of a Christmas tree, high in the air. 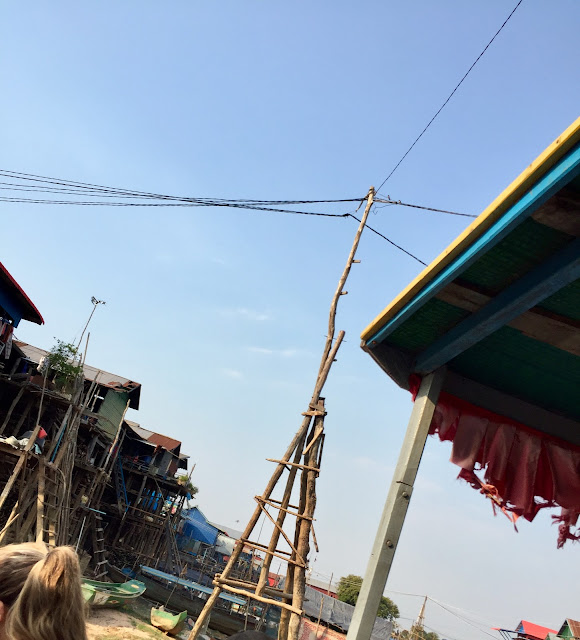 Some of the homes had multi-levels, which our guide said were used based on how high the water levels were. The families literally move as the water rises. The staircases into the homes were built with bamboo sticks, sometimes lumber, sometimes tree branches – all were 50+ steps high to get into the houses. I cant imagine having to carry stuff up and down those stairs every day! 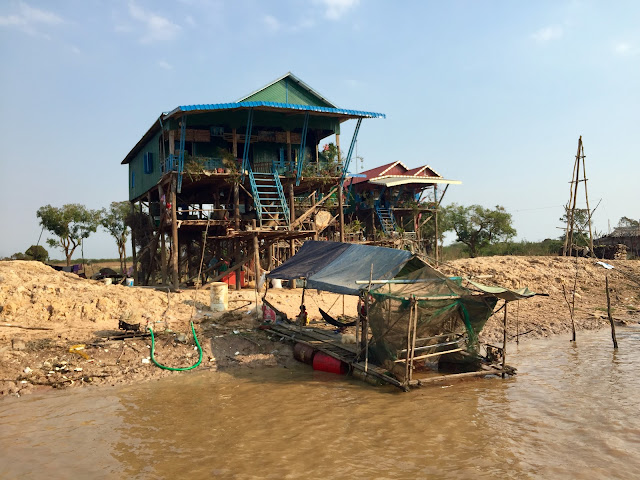 We wound down the river and stopped at a little village, where we scaled down and out of the boat, up a plank over mud, and uphill towards a temple and the village. We were immediately flocked by children and ladies all trying to sell something – from pencils to notepads to handmade trinkets. 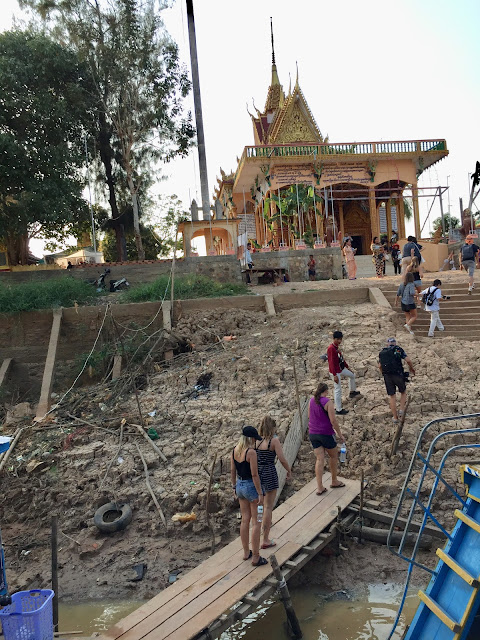 Everything was $3. As soon as one person left your side after no success in having sold their goods, another person was right next you. Some of the kids were quite good at the ‘pout lip’ look. It didn’t work on me. Not because I am cold hearted, but, I know what happens if you buy something or give them anything. They are relentless. We walked through the village and soaked in the views – the houses high up in the air, the families working on fishing nets, cleaning fish, laying out shrimp to dry in the sun, and kids running around playing everywhere. 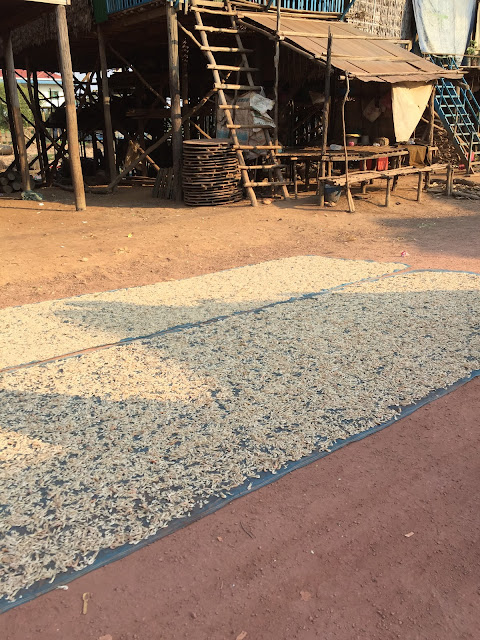 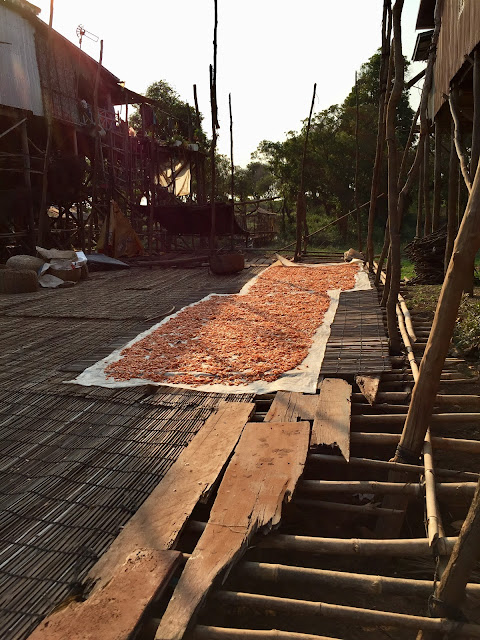 It was incredible to see how people lived here – I cant imagine having to adapt to your environment in the way that they do – every season just hoping the monsoons are ‘normal’.  People living amongst animals in their homes with no yard to walk out onto. It would be your home or your boat – those are your two options on where to spend your time. For months.  After the village tour we got back on the boat and continued down the river until it merged into the big open waters of Lake Tonle Sap. We stopped at a floating restaurant and were offered a $5 boat ride through the mangroves. I paid the money and waited in line watching women sitting in little boats in the treeline, bobbing up and down waiting for the next tourist who wanted a ride. 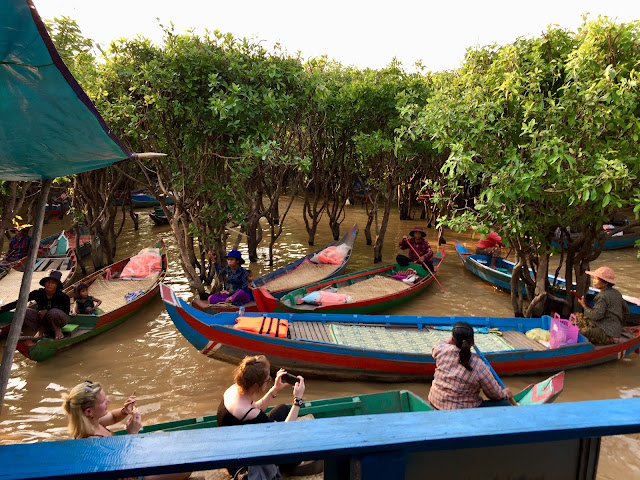 The small boat was powered by an older lady sitting Indian style on the front of the boat with a paddle that was navigated between the trees in the mangrove with precision. It was a little bit of quiet for my ears and humbling to know that day after day, these women sit squatted in the fronts of little boats paddling tourists around for a living. 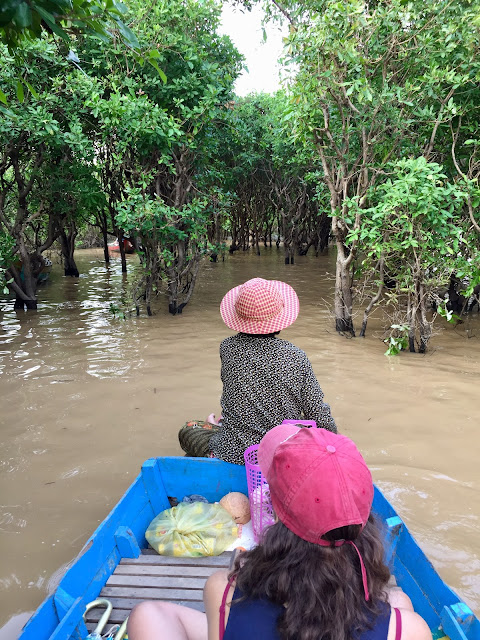 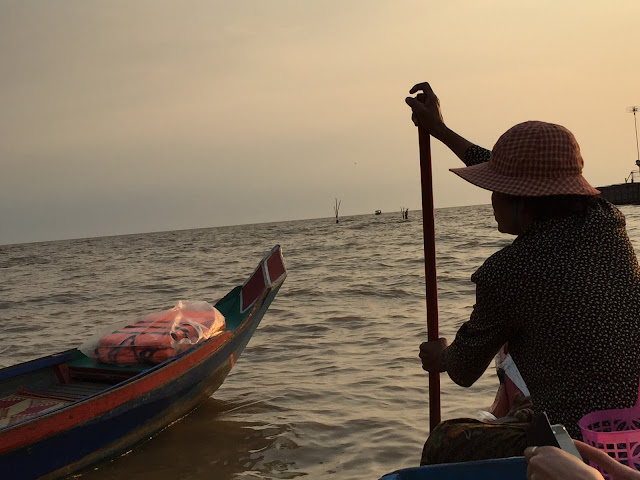 There were no males navigating the boats, only females. After the mangroves, we hopped back on the big boat and took out into the lake for sunset, which was amazing. After sunset it was a mad dash for every boat in the waters to head back up the rivers before dark. 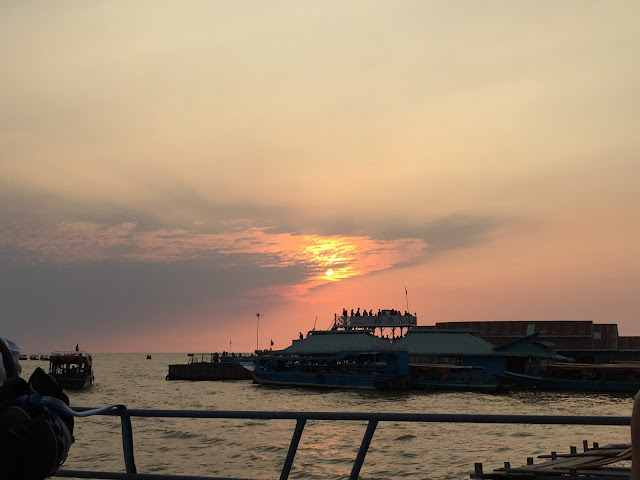 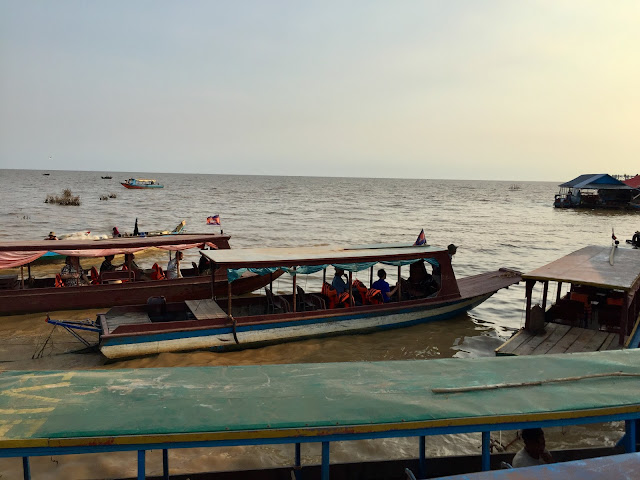 More pictures from the day: 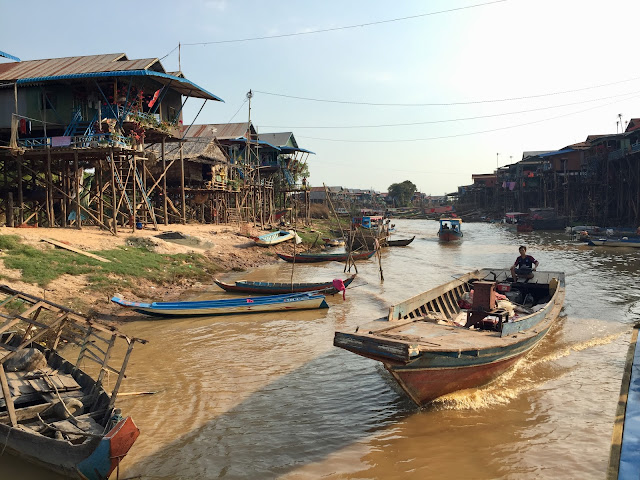 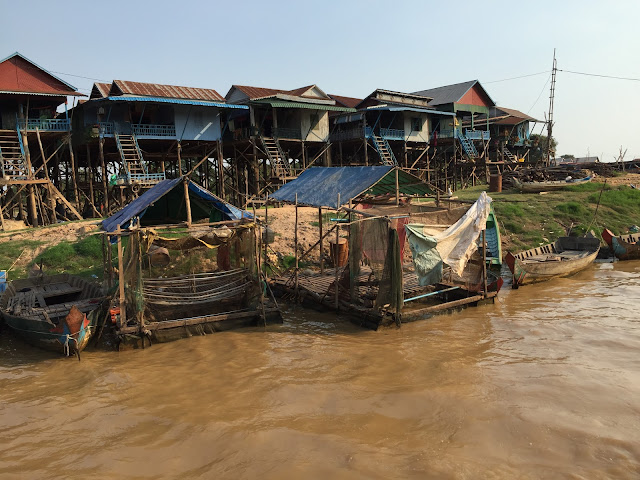 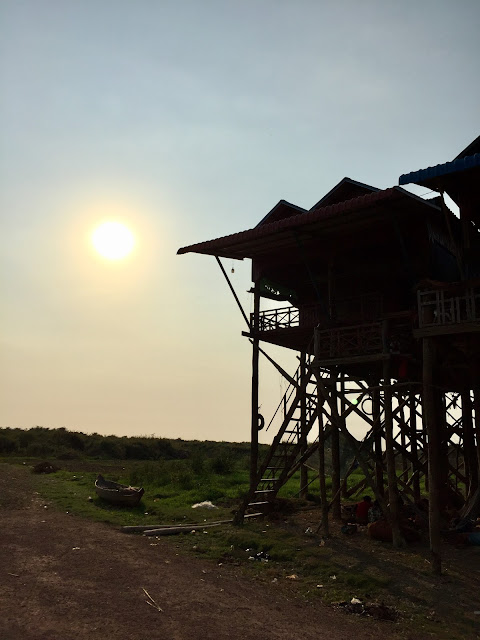 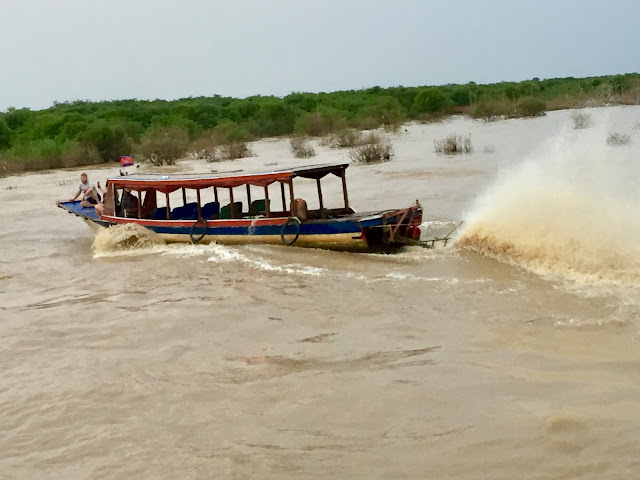 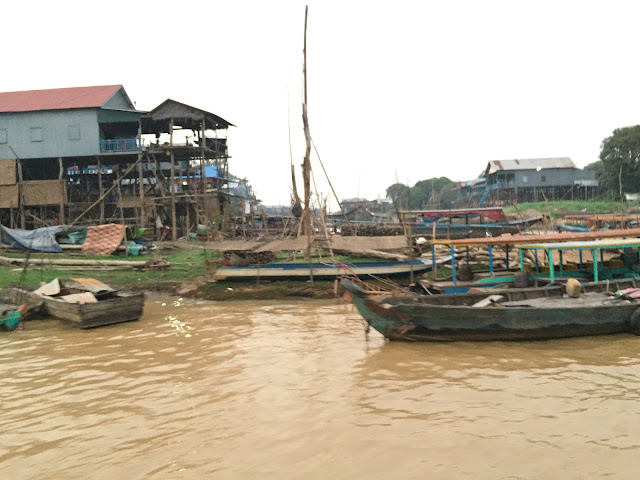 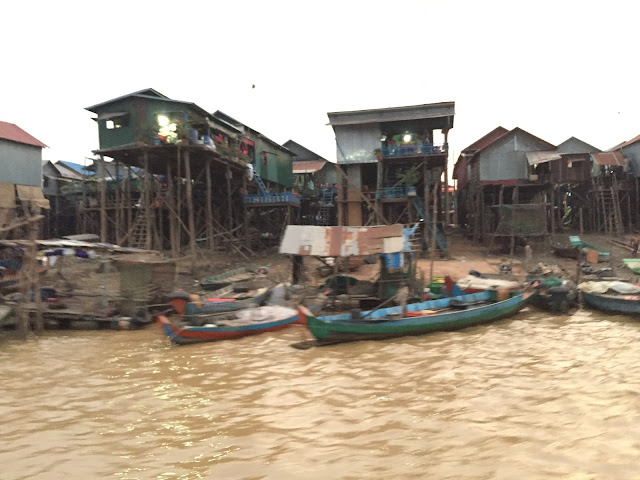 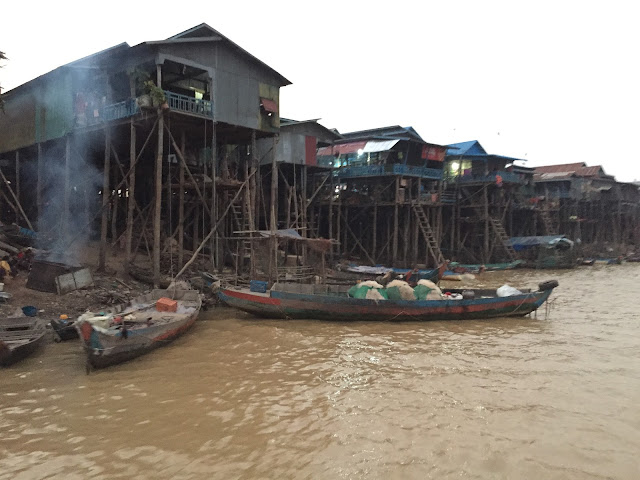