Laos to Cambodia - the most chaotic border crossing yet 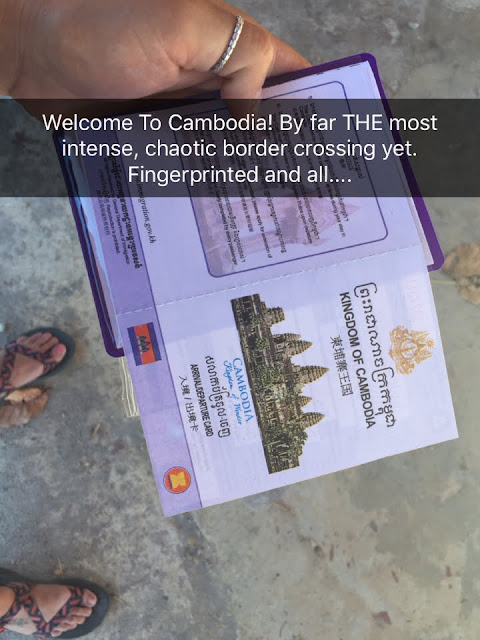 So while I had planned on being on Don Det for a few days, it quickly turned into a week. Both due to liking the island life and the lack of transportation options to get OUT of the islands and into Cambodia. I managed to catch a minivan to the border, then from the border of Laos and Cambodia I caught another minivan that brought me all the way to Siem Reap - total travel time of roughly 9 hours. 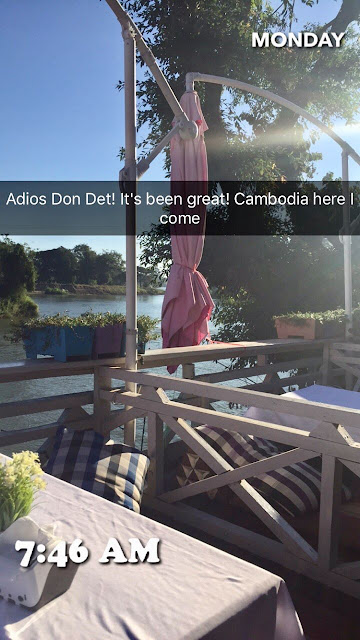 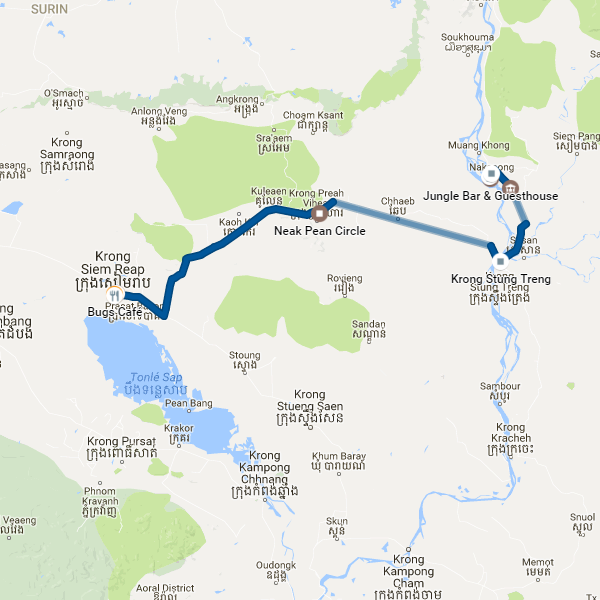 First I had to get off of the island by taking the 8am ferry boat. This ferry was an upgrade compared to the one I took on the way here - there are 3 seats side by side and not as much water under the floorboards ;) 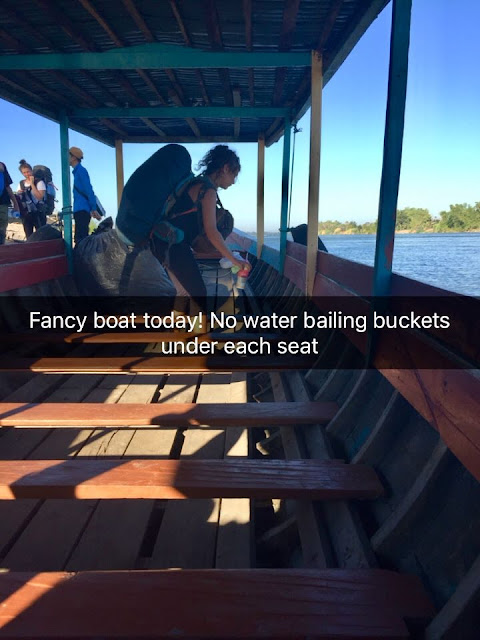 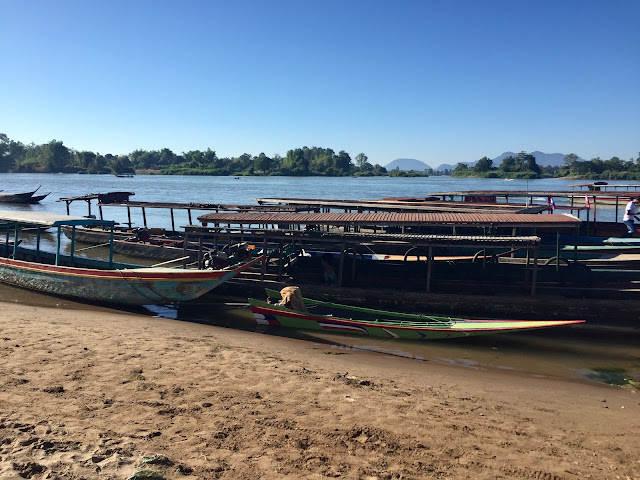 Once off the ferry, it was roughly 0.5 mile walk (uphill) to the bus 'station'. Which is also called a dirt parking lot, unmarked, at the top of the hill.  There, we were herded like cattle into 3 minivans to go the 35 mins to the border area. 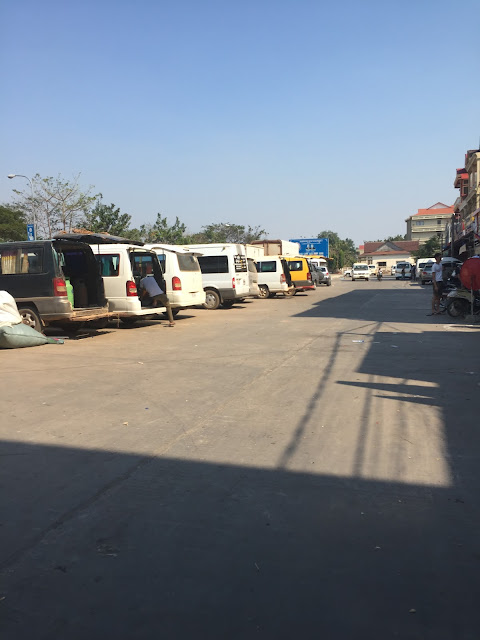 I'd read 'horror' stories about the Laos- Cambodia border crossing. And most of them were accurate. It was by far the most intense, chaotic border crossing thus far. I'm excited to explore Cambodia. However, it's a known fact that the country is exceptionally poor. But yet crossing the border from Laos to Cambodia entailed 2 security checks, a 'health check' (BS), a visa check, and finally fingerprinted and let out to walk across the magnificent border. 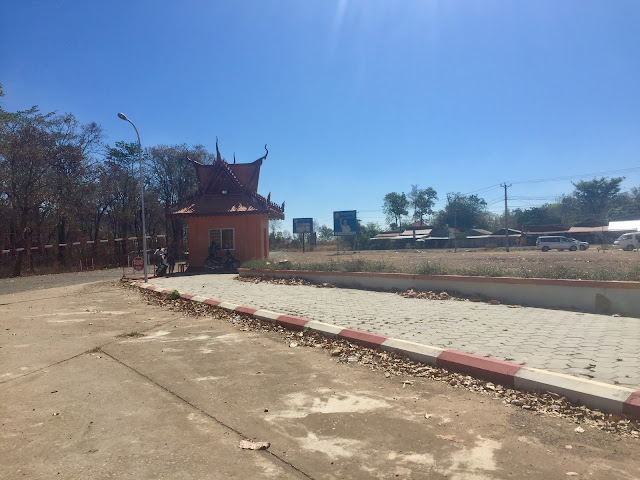 I walked 300m past a 'shack' that again checked my visa/passport, and then thru a gravel parking lot area to a bar to meet my transportation, AVT (Asian Van Transport) and onward To Siem Reap, Cambodia. 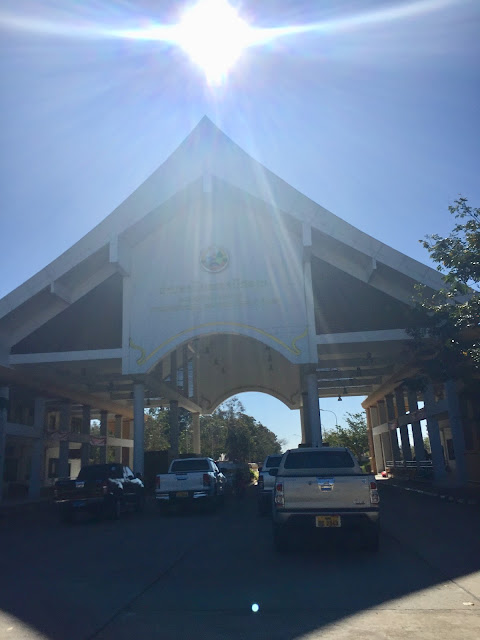 Once the van arrived, we lined up like cattle. Everyone, for the most part, has two packs- one big pack, and a day pack. The guide said 12 people fit in the van. With our luggage I had zero clue how the H this would on out. Sure enough, all packs were in and all people were in and it wasn't SUPER tight quarters, surprisingly. 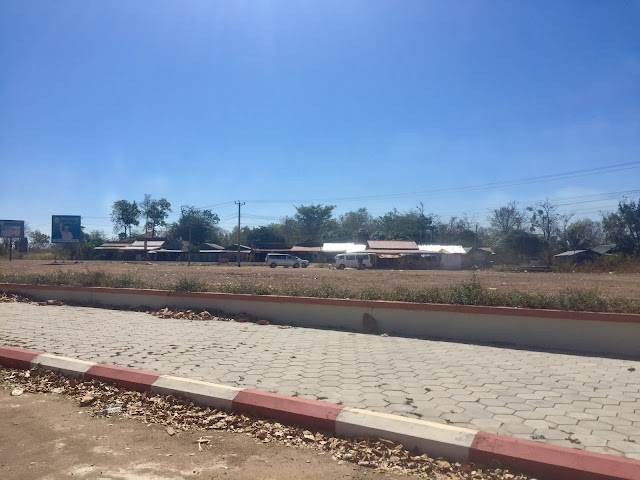 Although, the luggage was piled far above my head and I had one of three backwards facing seats. 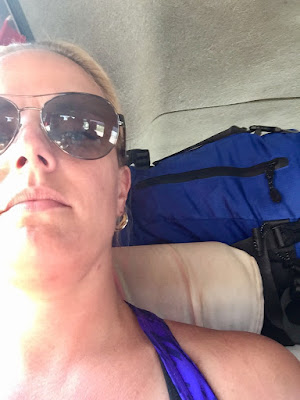 Thankfully I don't get motion sickness. The road would have surely caused me to need a bag along the way if I was. A very bumpy hour later we arrived at a little river town, where we're dumped off in front of a tiny restaurant with no further instruction. 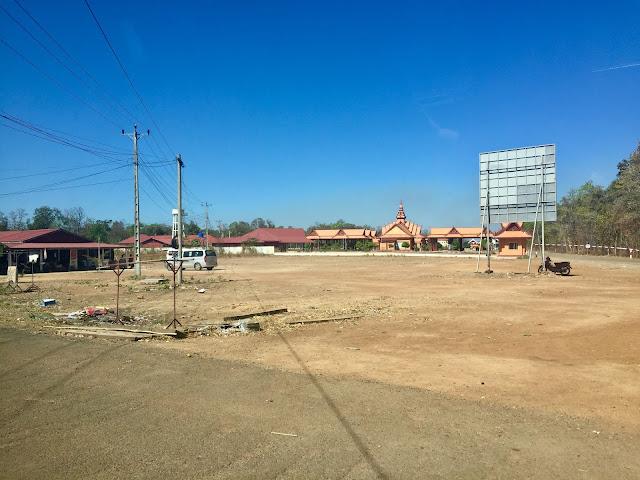 We all just kin of huddled in the same general area- I was the only one who spoke English. I was surrounded by Dutch and French folk. That's a first. I was nowhere near hungry hut assumed that I would be along the 7 hour bus ride, give or take. So I ordered food to go. And a beer. I've got nothing but time to kill and have no one to talk to as zero humans speak the same language as me. 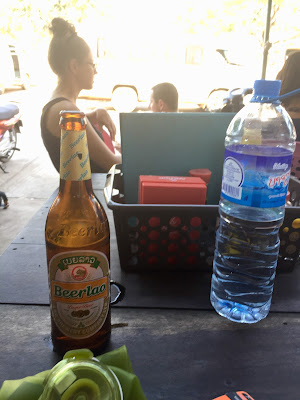 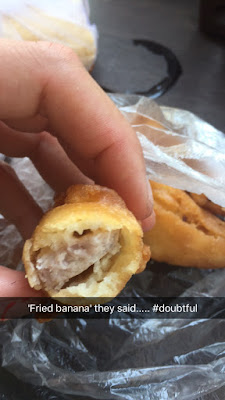 I wanted to wander the city a bit but having zero idea what time the bus to Siem Reap was leaving, I didn't dare go too far. So I sat and saw a travel magazine which I picked up. And quickly realized it was not in English. So I fetched another and got some good ideas, albeit old (from 2007), some were likely to still be valid. After waiting around for seemingly ever, there was suddenly a flurry of bus action. People grabbing their packs, trying to figure out what bus was going where and everyone just kind of eyeball ING everyone else to figure out what's going on. 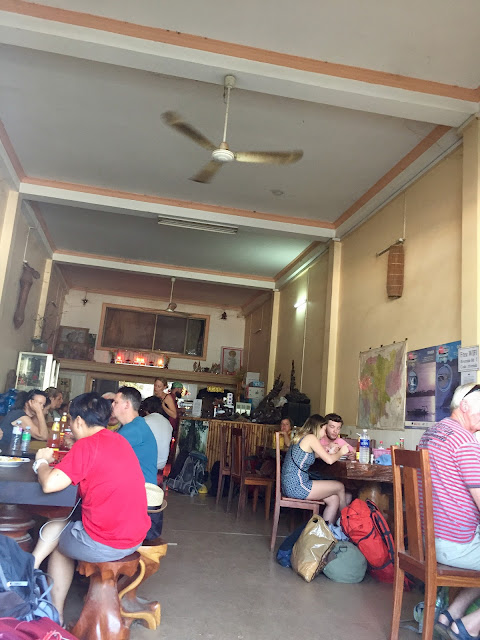 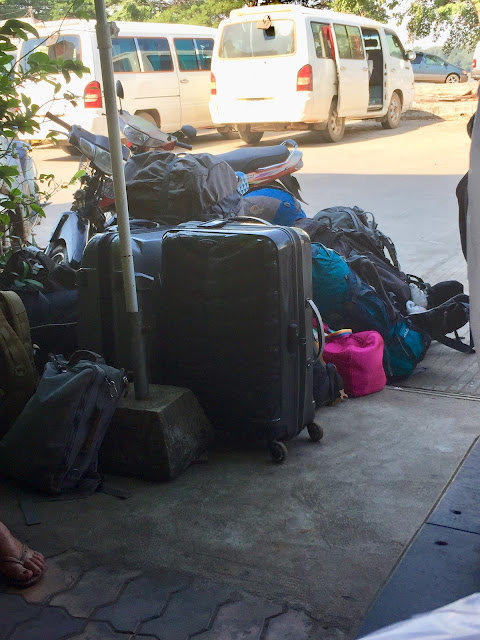 That used to stress me out, now it's just the 'normal chaos' of SE Asia transportation. We eventually load on a different minivan with different people, and hit the road for Siem Reap. Being the only solo traveler in my van, I 'kindly' gave up my middle seat for the front row, end seat do that a couple could sit together. It was a win-win. As we fly down the road in our van (the first transportation that actually had Seat belts let alone ones that worked, I got a kick out of horn happy the driver is. Though, after two hours of hearing the horn and having the van swerve to the left, then swerve to the right, dodging cattle, water buffalo, dogs, and the like.. all the while hitting horn in bouts of 1, 2, 3, or 4 blasts at a time, I think that he does it to alert people that he is coming up behind them. Because no scooter has a mirror here and if it did, the driver would never be able to see it with 3-4-5 people packed onto the scooter behind or in front of him/her.

Here is the logistics of crossing from Laos into Cambodia:
First I had to walk to the building on the right, get my passport stamped and pay $2 exit fee. Then walk a couple hundred meters and go to the little glass booth in the center island of the roadway, get a 'health scan'- aka they literally handed me a yellow piece of paper. Contrary to what I had read online, they never checked my vaccination record or temp. Then go to building on the left, get arrival form to fill out, get passport stamped in. Pay $35. Then go forward and they took fingerprints and gave my passport a once over. Finally, I walked a few blocks and was in Cambodia.) 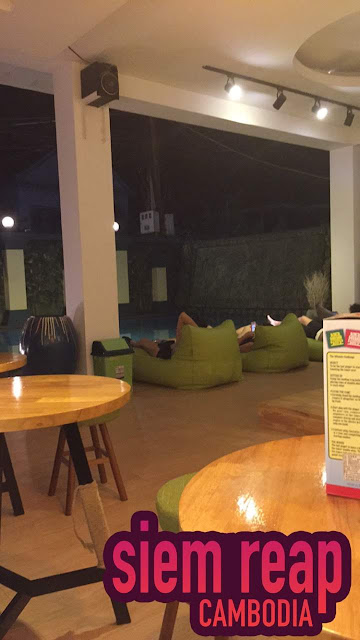