- January 07, 2019
Luang Prabang , Laos ~ is a cute town located on the Mekong river. There's a ton of dining options along the river and spread throughout the town. I woke in the morning very early as I wanted to see the monk alms giving - every single morning all.of the monks in town walk the streets to collect the days meals. They don their traditional robes and walk (barefoot) through the city between 5-6am. I had read that tourists have wrecked the tradition so I wanted to stay away from tourist streets. I walked down the alley beside my hostel at 5:15am to find several locals awake and 'setting up' for the monks. This entailed unraveling of rugs, setting down tiny little stools on top of the rugs, removing their shoes, and waiting with their offerings for the monks. The local streets are set up as if a parade was about to happen. Noticing the all of the locals were on the opposite side of the street, I found a seat at a bench meant for the dry cleaner business and just waited and watched. 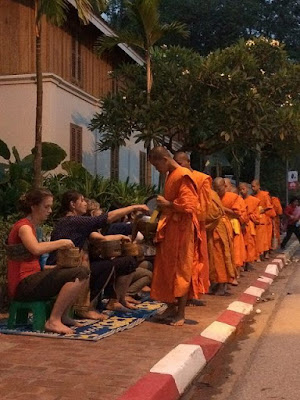 Moments later, 2, 3, 4, 5, 10, 20 monks at a time turned the corner to the side street carrying large wicker looking baskets and slowing their pace just enough to collect each and every persons offerings and continue walking. There were several groups of monks that came by. If I had to guess I'd say I watched at least 100 monks pass by the street. Each time a group came by I picked up on new things- like the large pack of dogs that lead each procession, the varying colors of the monk robes, the various ways in which each monk accepted the item presented... I simply watched for the first half hour, in awe of this unique tradition. 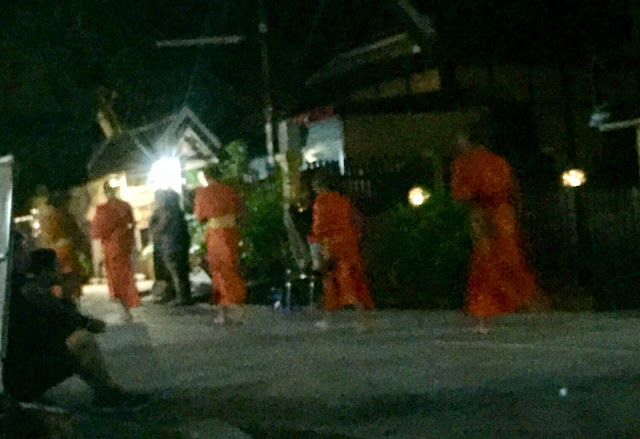 The fact that folks were up well before 5am to prepare whatever food they were offering the monks that day, fully dresses and ready for the day, and waiting on the streets by 5am in the brisk morning air, day in and day out, was fascinating. To see people respect and care that much about others, was truly a sight to believe. This was just a piece of their daily routine. But as an outsider looking in, it was a compassionate and truly genuine gathering of people to care for the monks in their city. And that's awesome! I took only a couple of discreet photos- I wanted to respect their culture and tradition and honestly, I was so impressed by it all, taking photos didn't come to my mind for the first half of the procession. 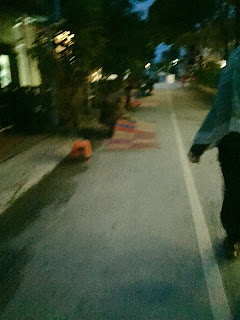 From there I decided since I was awake I might as well go catch the subrise at the Wat (temple) in the middle of town. It was perched high above the city on Mount phosi. Not wanting to go where most foreigners go, I researched it a little the evening before and learned of the back entrance to the Mount. I was the only person there- I had the sights to myself all the way up the jagged, crumbling, uneven staircase which lead to a huge building that once was likely a bright white color, but now is more of a weathered beige/light brown hue. There were a LOT of stair to conquer! 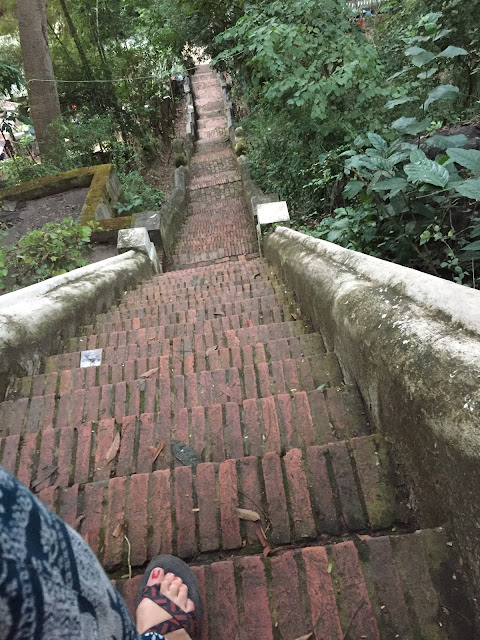 While it was a cool morning, it didn't take long for my body to switch on its AC and get the sweat pumping. Watching the time I knew I better hustle and quick lolly gagging at the sights around me- from the delapidated houses leading up to the stairwell, the hazy fog on the skyline, the nightly blooming flowers along the path. 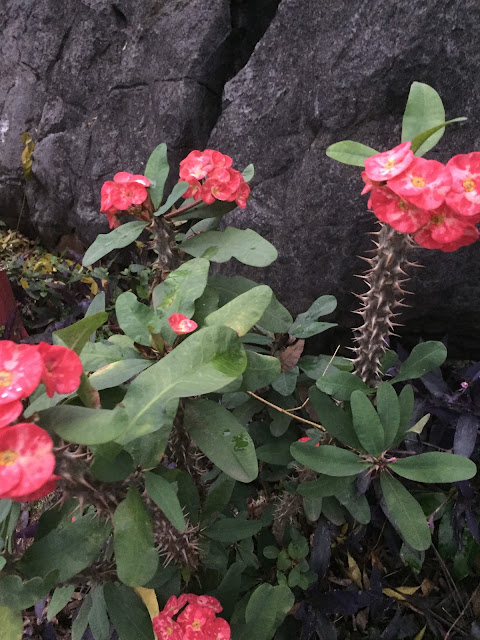 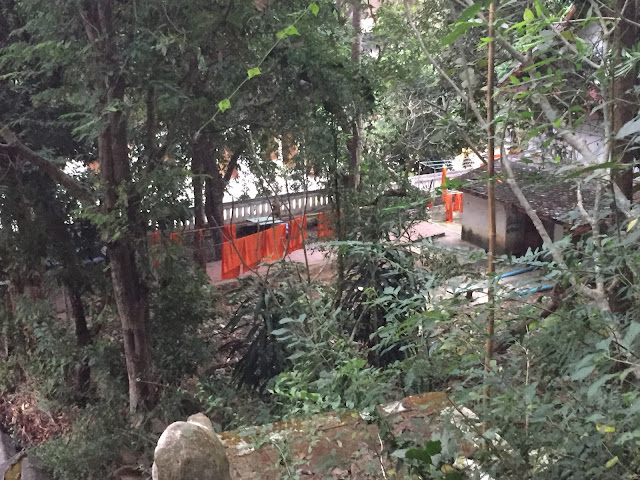 So much to take in. But time was ticking and the sun would soon rise. I made it to the top of the temple hill and noticed the thick layer of fog still shroudibg the hillside, not much of a sunrise was going to be seen today. Still, the sights were incredible. I could see the entire city from the top of the hill- along with the winding Mekong river weaving it's way around the city and under bridges, traffic picking up as minutes ticked by. 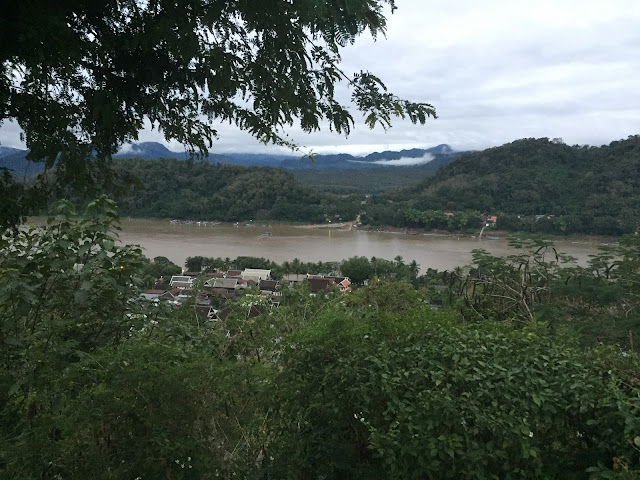 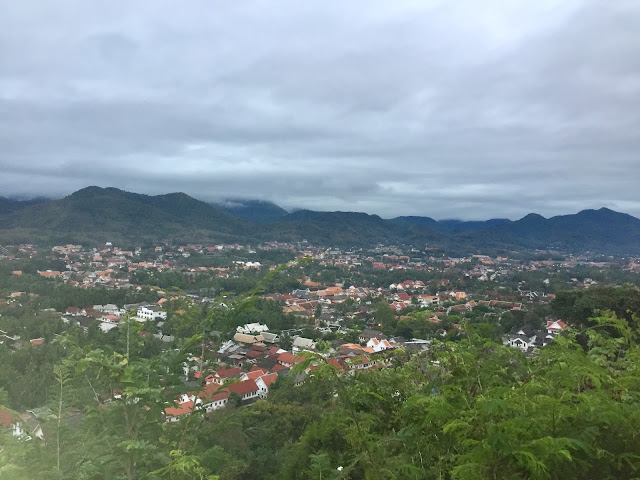 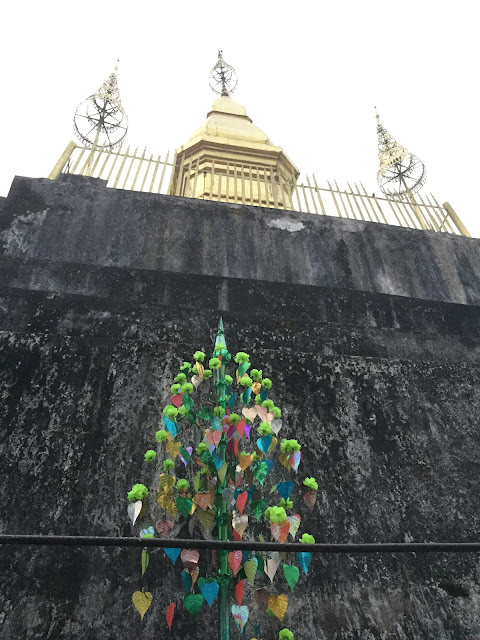 From there, I headed to the morning market where I read that I could see "the craziest slimy and squirmy food around". Since I still had time (the market only goes 6-8:30am) I headed that way. And the sights were SO COOL to see! From the lady with a huge butcher knife making the days meats, from the bucket of frogs, to the squirrels for sale (dead or alive) to fish 'parts' of every kind to ducks in a bag ready to sell. This is where the locals come to shop each day... so wild!!  After the market, it was still very dreary out so I  the decided waterfall tomorrow instead 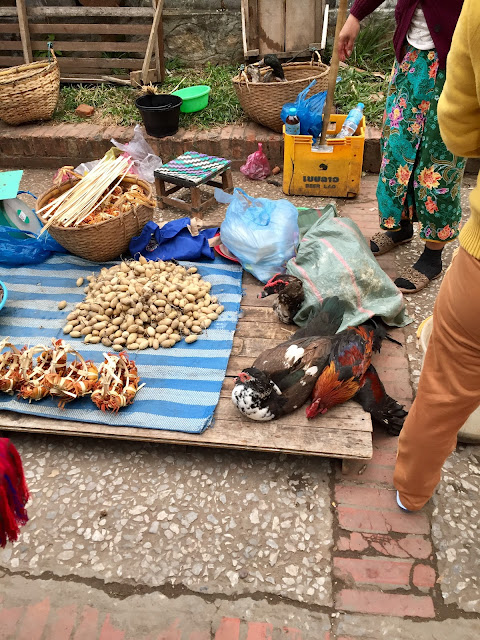 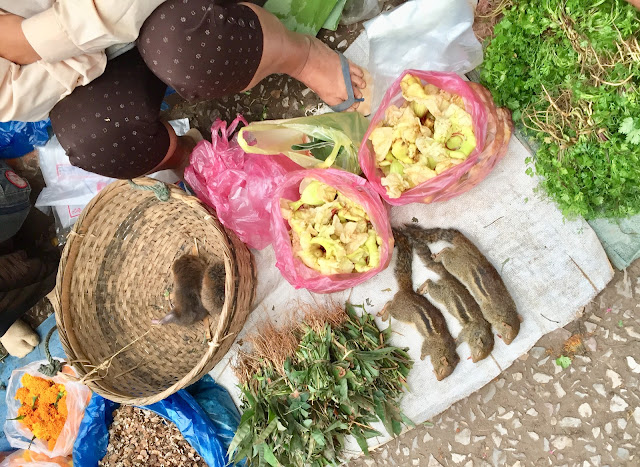 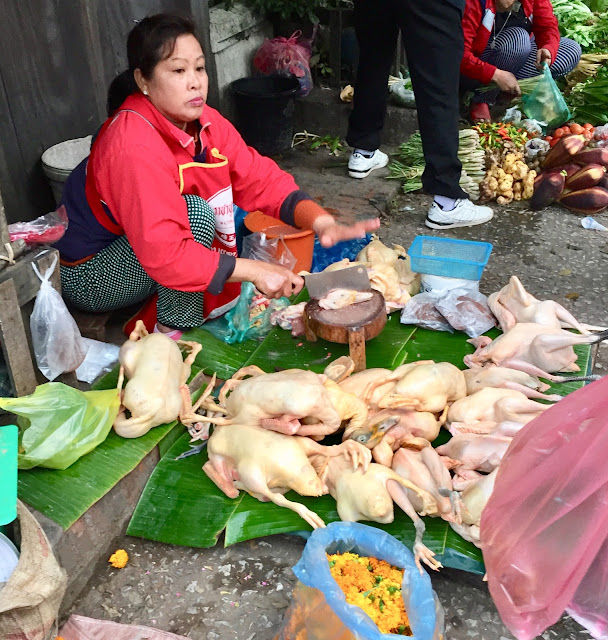 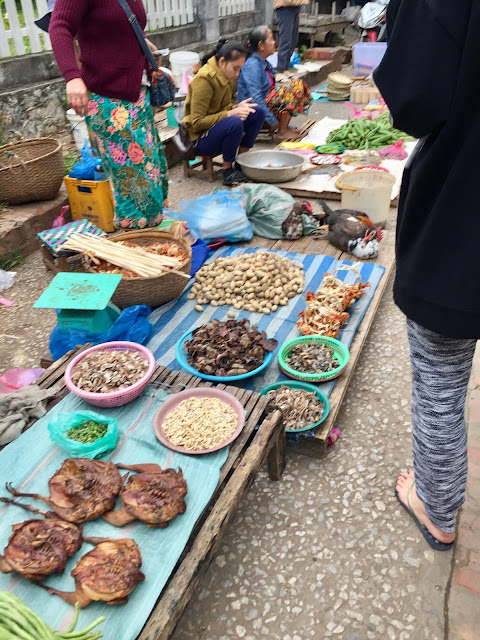 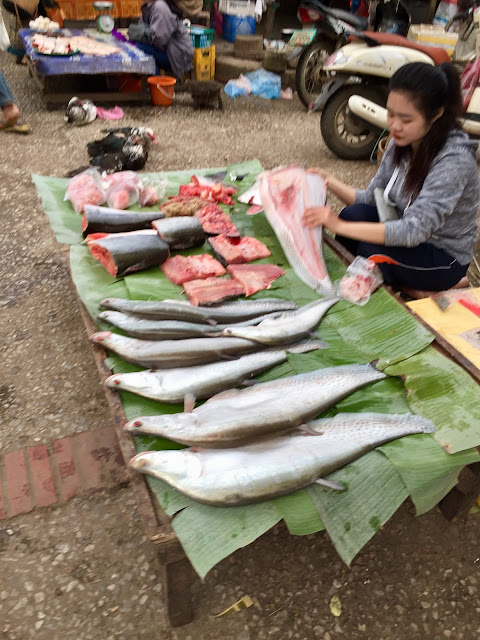 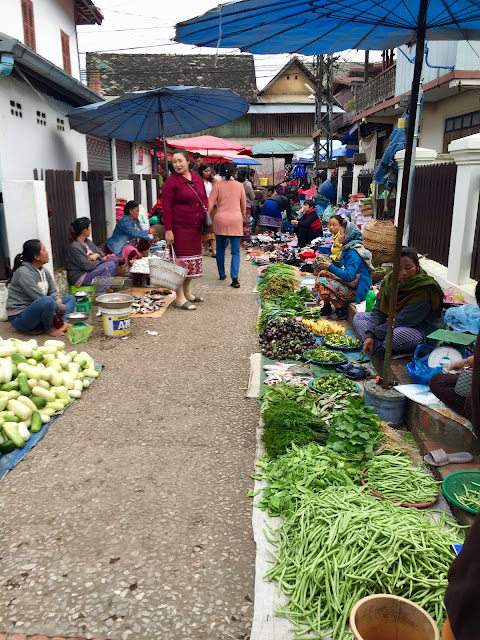 Other sights from the day: 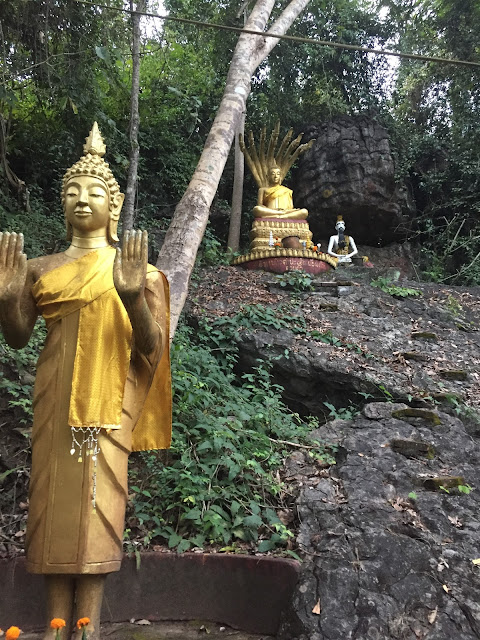 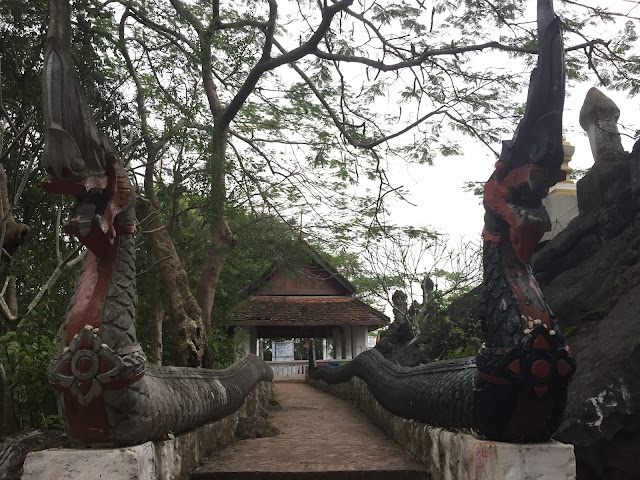