Angkor Wat - The Largest Temple in the World (over 400 acres) 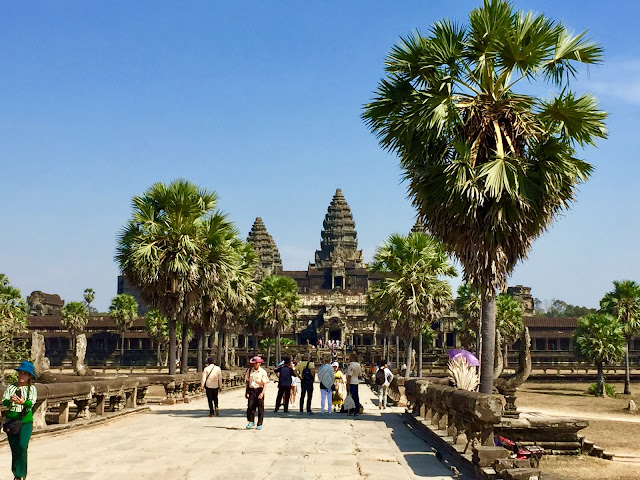 The temples of Angkor Wat - a MUST see when in (Siem Reap) Cambodia. While I am not an overly big fan of history, considering over 50% of the tourism in this country is based around Angkor Wat, I couldn't say that I was here and NOT witnessed the largest religious monument in the world.  Below are some facts that I read and picked up along my way today. The pictures just don't do it justice - I HUSTLED through just 3 of the main temples and it took over 4 hours in WALKING time alone. I hired a private tuk tuk which was perfect - I got shade, cold water, and a breeze between each stop. A huge plus is that I didn't have to deal with traffic - which is still as insane as it was the first day I landed in SEA. 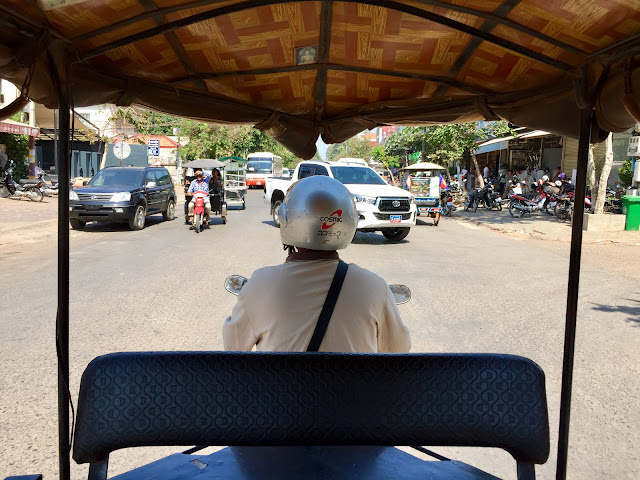 I was happy to have the local as my driver - he knew the best places to drop me off, the direction in which I should enter and tour each temple to 'avoid the crowd' as much as possible, and I didn't have to research where I was going or how to get there. Win win! Had I attempted to do it all myself, say, by bicycle as I once considered doing, I would have been frustrated from the start, as the ticket office is tucked FAR away from the Angkor Wat complex and is virtually in an unmarked, ginormous, building with a huge dirt lot in the front that makes it look more abandoned than anything: 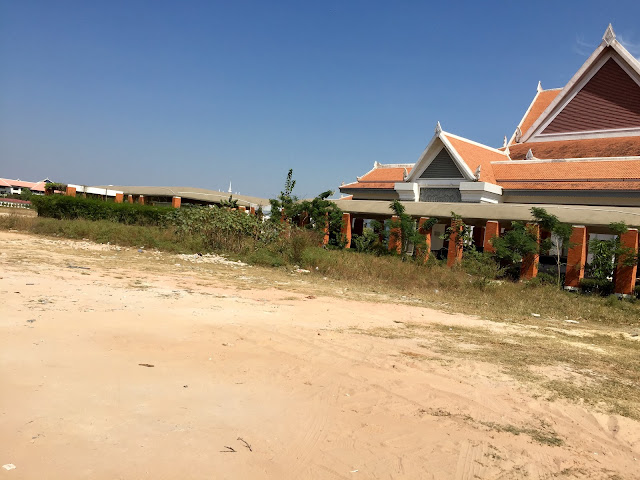 My driver walked inside the building with me, walked me up to the tour window and told the person what I would like to get (one day pass). I was in and out of there in no time and on my way to the complex. While I was touring each temple, the driver simply hung out in the shade of his tuk tuk or in one of the dozen hammocks set up everywhere there was shade - and half napped, half played on his phone. He kept telling me to take my time - and I was taking as much time as I wanted - but apparently not as much time as most people do. 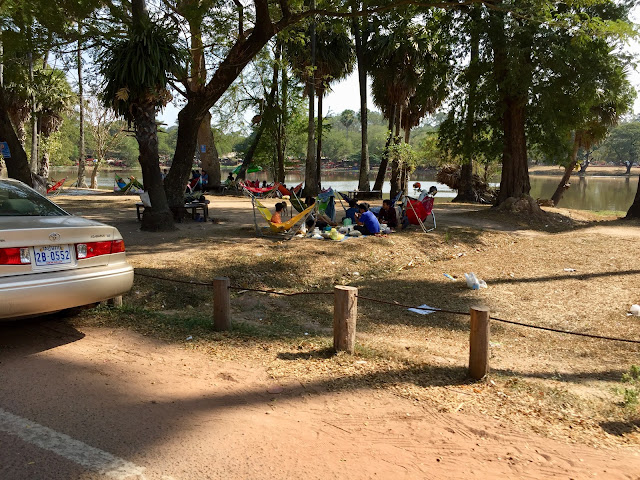 History as learned from hearsay and researching online:
Constructed between 1113 and 1150, Angkor Wat spans more than 248 square miles (400 acres). The 5 tons worth of sandstone used to create the monument(s) was hauled in from a quarry 25 miles away. The original outer wall is no longer there, but once housed the temple, city, and royal palace. Angkor Wat was originally dedicated to the Hindu god, but changed to Buddhist temple (a long, long time ago...). It is one of the only temples that is oriented to the west - which is associated with death in the Hindu religion.


"Angkor Wat is the primary reason that more than 50% of international tourists visit Cambodia each year. Cambodians are proud of their ancient monument, so proud that they put it on the Cambodian flag in 1850. The only other country flag in the world that features a national monument is the current flag of Afghanistan. Images from Angkor Wat also appear on many denominations of the riel (Cambodia's currency)"
Rodgers, Greg. “Interesting Facts About Angkor Wat.” Updated 01/06/2019.
https://www.tripsavvy.com/angkor-wat-facts-1458741


It cost $37 to visit the Angkor Wat temple for one day, but only 28% of the ticket sales go back into the temples, as the temples are 'rented' from the Cambodia government by a private for-profit agency. I didn't learn this until after I was there - that is a pretty sad return on the cause if you ask me. Considering the age of the temples, the wear and tear from both tourists and mother nature - it is hard to believe that people will be able to physically walk around and on the structures forever. I am blessed to say that I was able to. Cambodia is one of the poorest nations of SEA - and Angkor Wat reportedly brings in over $63 million each year on ticket sales and tourism alone. 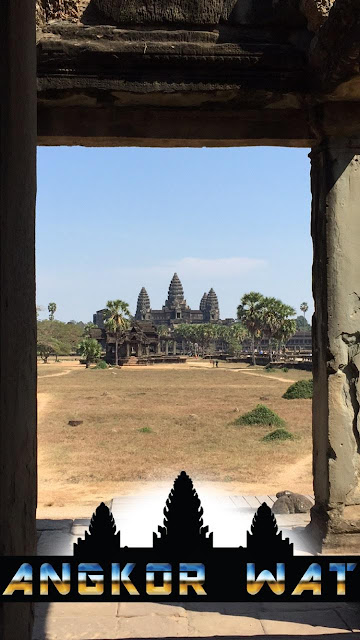 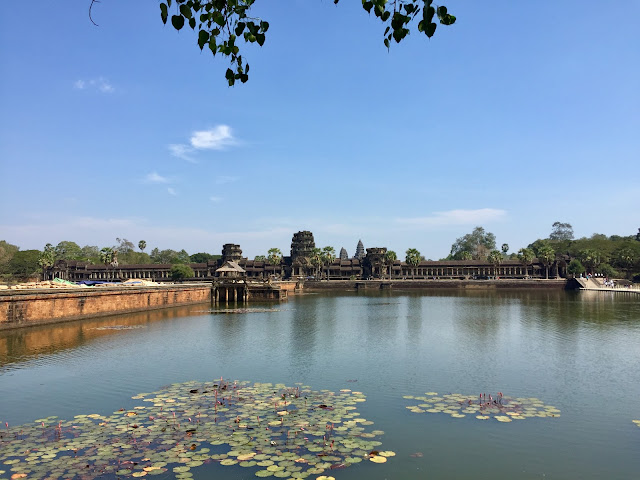 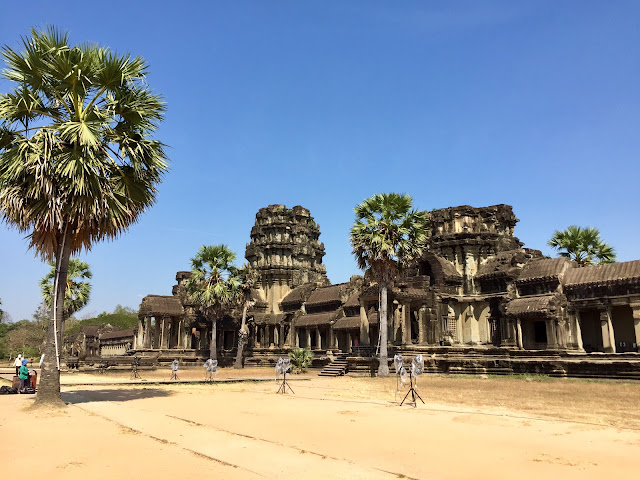 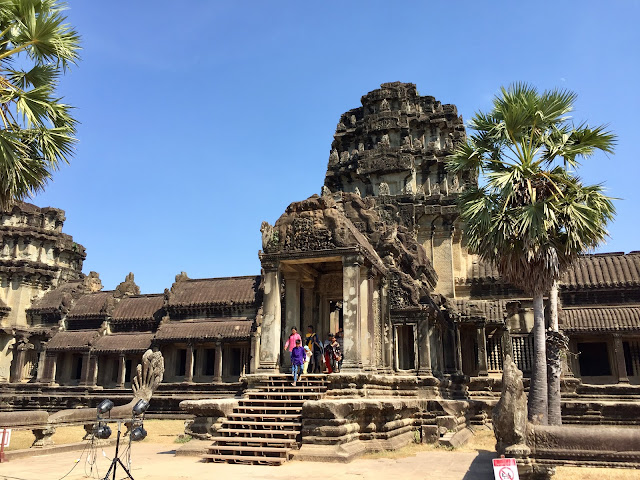 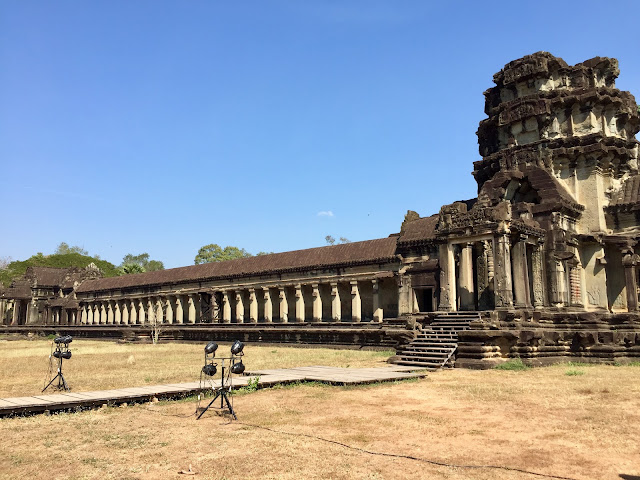 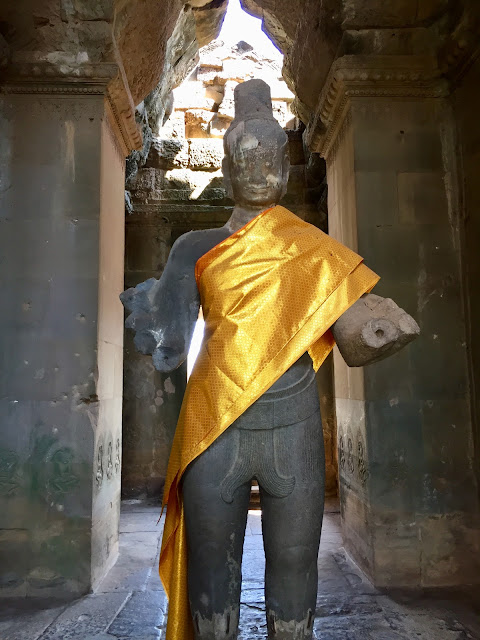 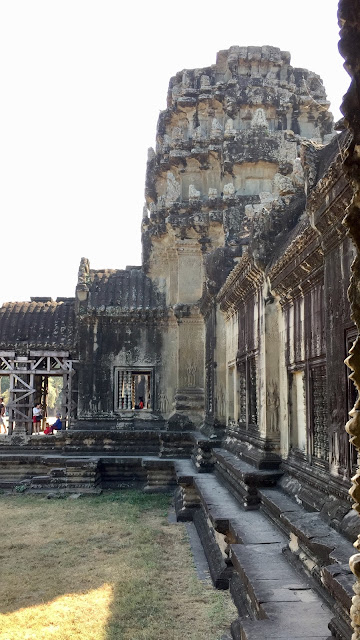 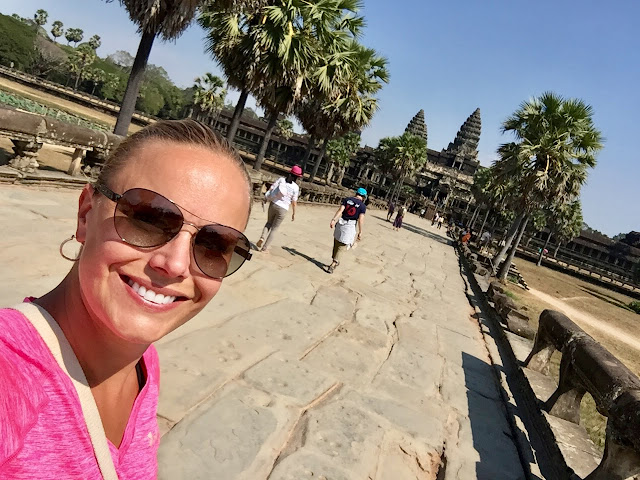 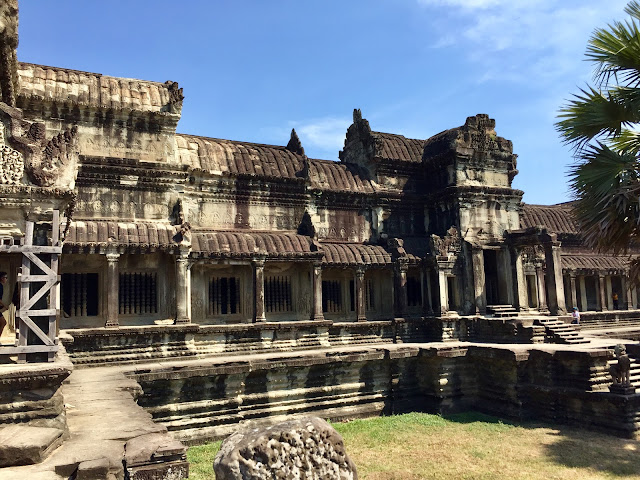 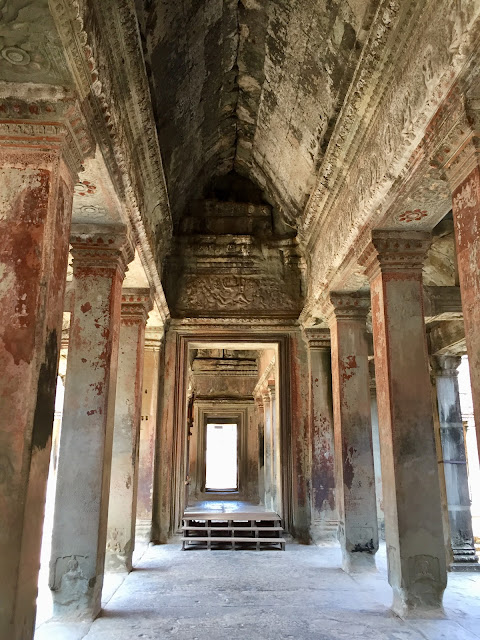 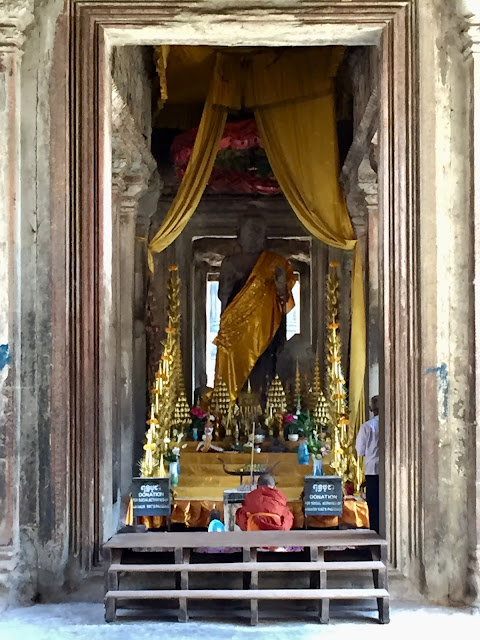 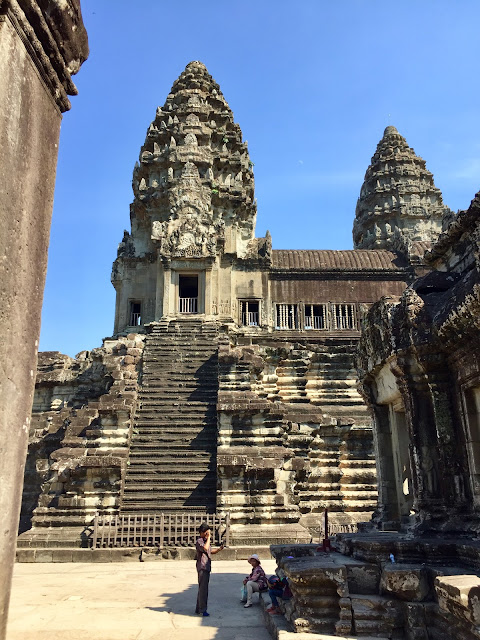 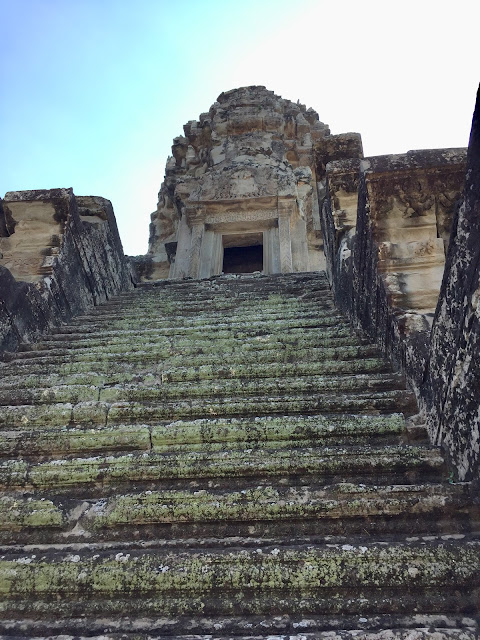 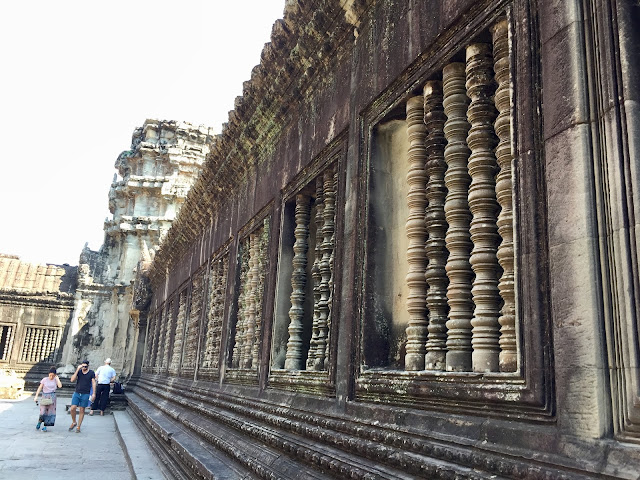 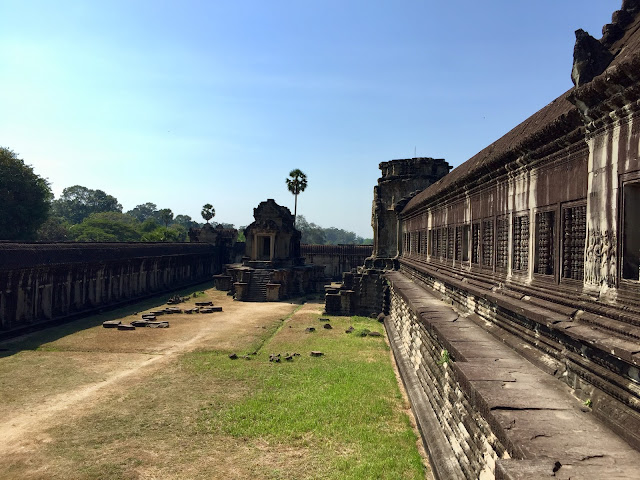 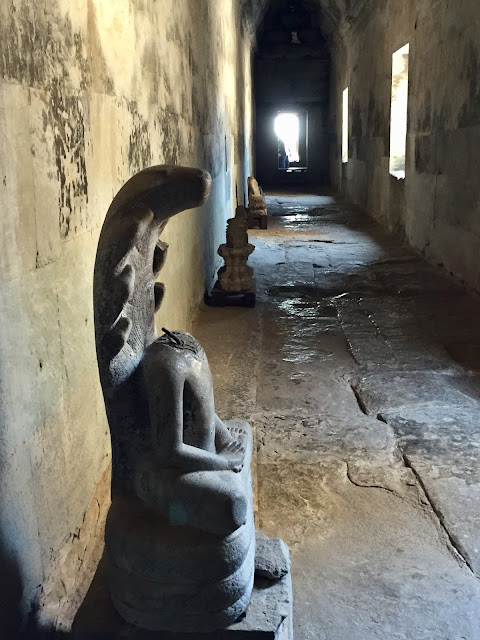 Part of the Angkor Wat complex - the temple Ta Prohm - was used in the movie Tomb Raider. Paramount reportedly paid $10,000 per day for 7 days to film there. That temple + 1 more will be a separate blog entry - too much to soak in for one day!