- January 21, 2019
Time to leave Cambodia, I head to the airport and hop on Asia Airways to fly back to Bangkok for a dental check. My tuk tuk driver was eagerly waiting for me 20 mins before my 6:30am pick up time, but I was actually ready early so that worked out well. And I got to see the sunrise on the way to the airport. 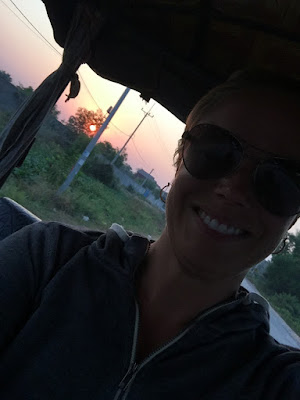 It took a little longer than planned, but I booked a return visit for 2 weeks again and all in all, it will save me a lot of money in dental work I NEEDed to have done. Siem Reap prides itself as a newer International Airport. I don't know why, but in my mind it was going to be a BIG airport. I was very much wrong on that! It took minimal time to get my ticket and get through security and then head to the airway lounge, which the gal gave me a free drink ticket for. And they had free breakfast. So while I paid a little more for the flight that I could have, it paid off quickly not only in arrival time being a better time and the freebies thrown in 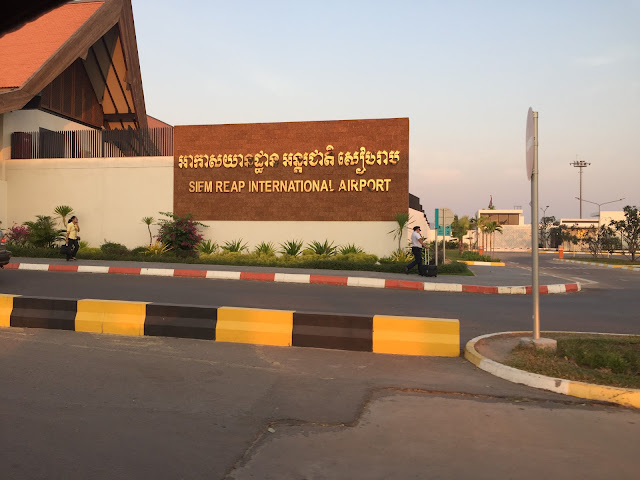 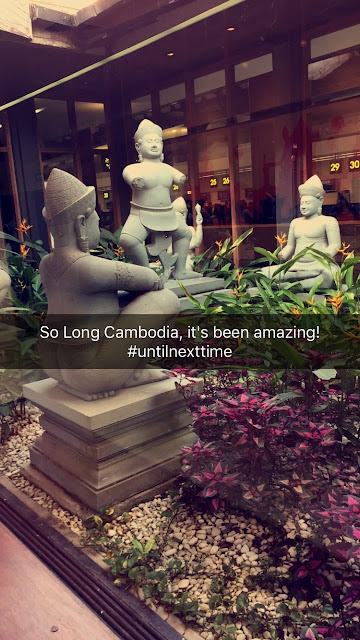 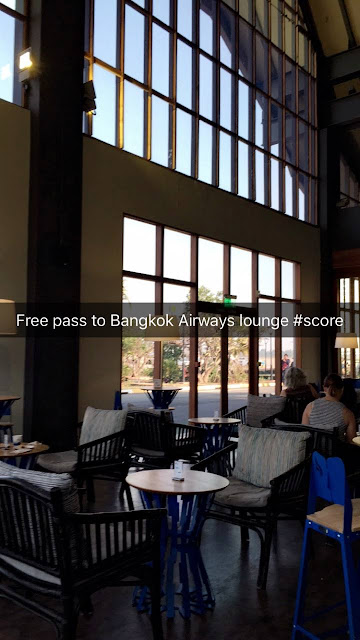 All planes are parked on the runway to enter 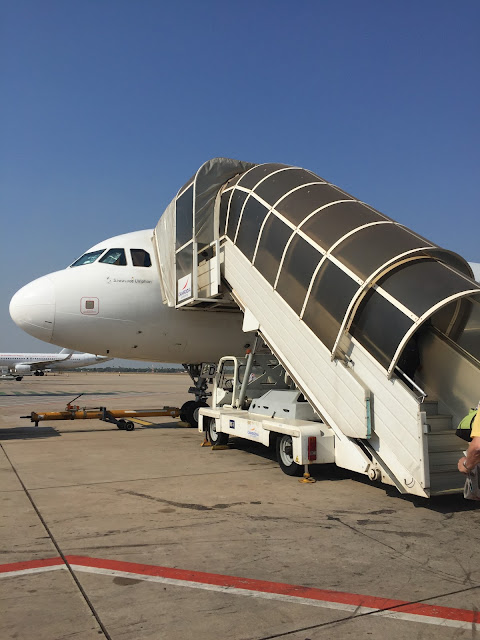 The flight was super short and sweet and I landed at Bangkok International Airport, or BKK for short. From there, I got into the massively long line to get a subway/train ticket which would take me to the general area of my dentist appointment with just a short walk from the train station. Or so I thought - turned out to be a bit longer than I expected with some interesting terrain to get between the train and the dentist office! 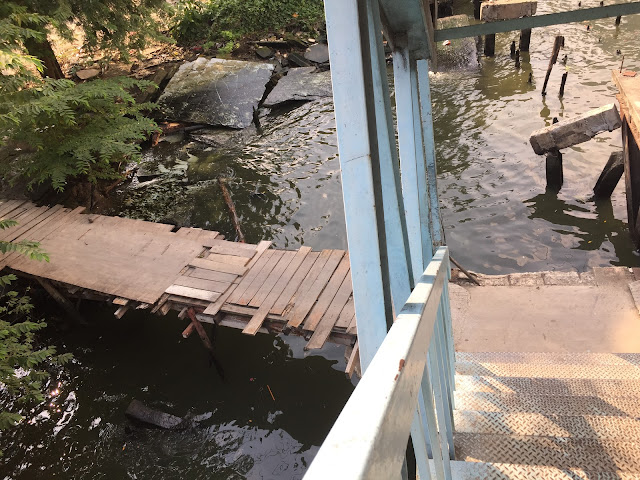 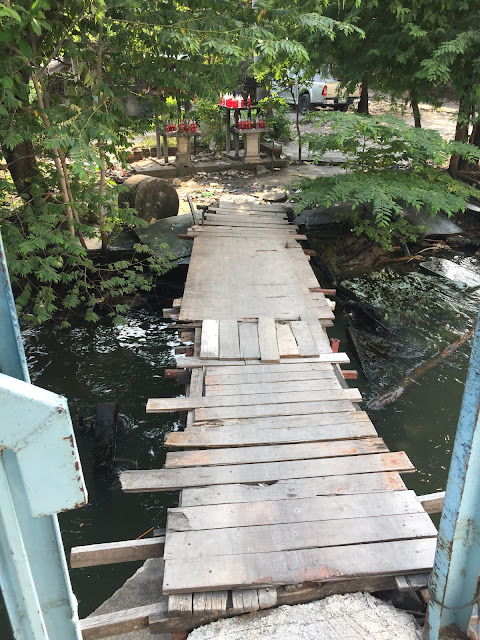 I arrived at the dental office and was told that my dentist was in surgery and would be running late. I had no where else to be so I just waited in the office with amazing AC to cool down after my walk. 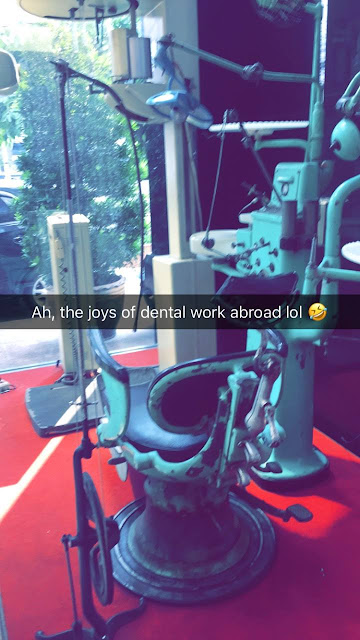 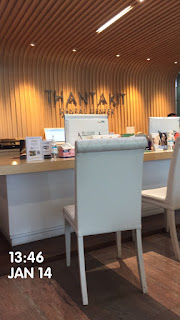 When I finally got to see the dentist, he did xrays (again) and then said that they would be able to do the work requested and that I needed to schedule a time to get it done. I asked to get it done the same day, which I guess I assumed would be the case given I had sent them detailed info (and forwarded info from the other dentist I saw) on what is needed. Discouraged, I left the office with yet another dental appointment set for work. I walked to the hostel - Revolution Asoke Hostel in NE Bangkok. Again, much farther walk than I set out to do... but good exercise nonetheless. The power lines amongst the streets will never cease to amaze me. 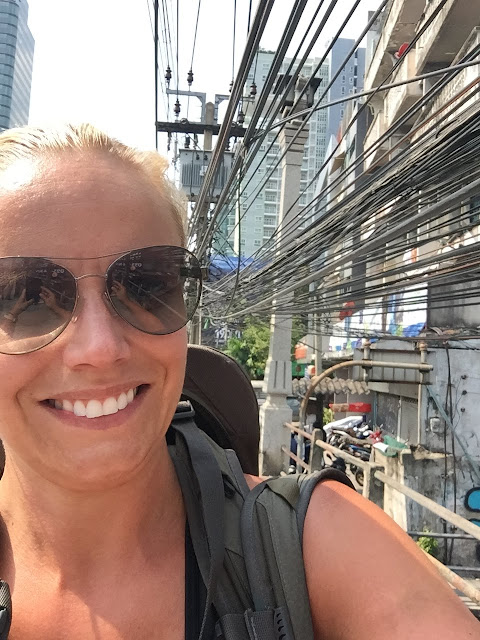 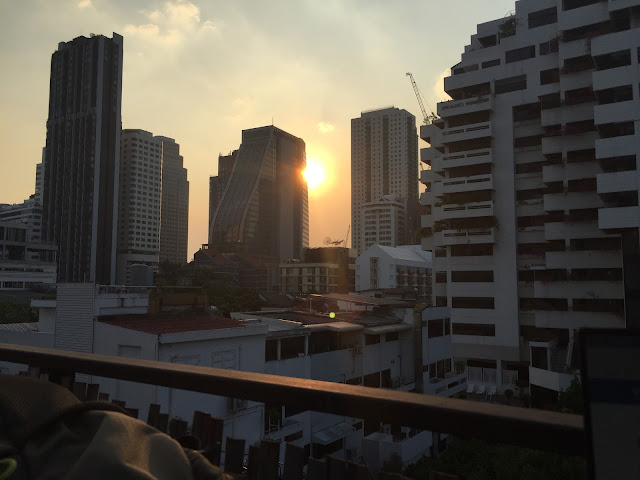 From there I checked into my hostel on the far NE side of Bangkok, but wanted to 'swing by' my first hostel here, where I was keeping some things that I had overpacked, like sunscreen and bug dope. Luckily I didn't just throw the 'excess' away - because I am nearly out of each of those MAJOR must haves in SEA. The route said 6.9 miles. I figured I would start walking and see how far I got before I grabbed a cab. Well, 1 mile turned into 2 turned into 4.9 and I was getting tired of walking. But now it was rush hour, so my feet were basically transporting me faster than any vehicle would. Another mile and I had enough of the heat and the sweat and my feet stomping the ground. I hailed my very first motor scooter taxi. Talk about nerve-wracking. First of all, the driver of the motor scooter was all of 5'2" and 110 pounds soaking wet. On a 125 scooter. Picture this if you will, that guy is driving the scooter, and stops to pick me up. I am towering over this guy by 6" if not more. I weigh a solid 50# more than he does. And I am not a graceful passenger when there are no foot pegs, no helmet offered, and sitting on the back of a scooter with a guy who is basically getting his shoulders slammed by my kneecaps as I try my best not to drag my feet on the pavement. Literally. Most Asians on the backs of scooters, piled no less than 3 deep, just leave their legs hanging down while they ride. I would lose my legs at the shins.  Talk about a solid thigh and core workout just to maintain upright position on the bike! Now envision that in the streets of Bangkok. At rush-ish hour. Bangkok - where scooters were not meant for the traffic lanes... no, they were meant for the sidewalks, the ramps, the center line between 2 busses, 12 taxis, 6 ginormous trucks hauling things that were piled far higher than regulation (says me). So there I was, ripping across a city of 7 million CRAZY drivers who weave to and fro and honk from time to time and who pretend that a green light is more like that of a START flag in a NASCAR race... with my knees about as tall as the drivers shoulders, trying like hell to hang on with one arm, because my other arm has nothing to grab onto aside from the little bitty driver, who I am pretty sure I would kill with said one arm should I have to grab ahold tight.  Anyways - happy to report that I survived! And it was a good deal at $5. My legs didn't have $5 left of energy in them! (No pictures to go with this vision - I was too busy hanging on to the bike and my possessions!!)
Instead, a picture of LadyBoy Street (aka Cowboy Soi) 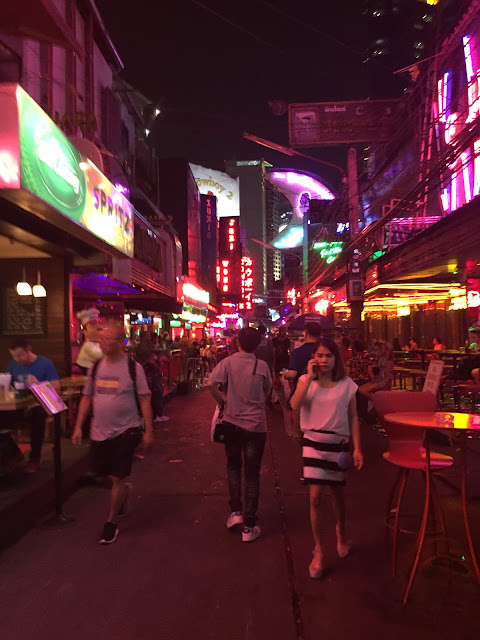 I grabbed the things I thought for sure I overpacked and wouldn't need, and hailed a cab for the ride all the way across Bangkok. By the time I got back to my hostel it was 10pm and I still needed to figure out if I was going to spend another random day in the city that I cannot say is my favorite of SEA to get more dental work done (not necessary, just 'nice' because it would be cheaper), or if I was going to head for the beaches. I spent a bit on the rooftop of my hostel researching my next moves...while listening to the hums of construction equipment hard at work... at midnight. While booking an airplane ticket for less than 6 hours from that moment... #NoPlans #WingingIt 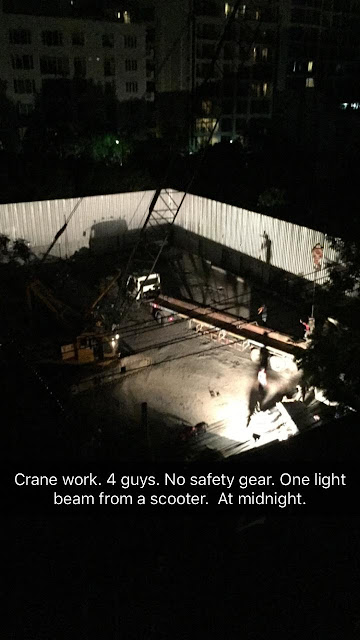