- January 06, 2019
After a fun celebration the night before, New Years Day was a busy one! I woke up early-ish and hired a private tuk tuk to take me about an hour out of Luang Prabang to see the amazing Kuang Si waterfall... the one for which was literally the main reason I came to this town! 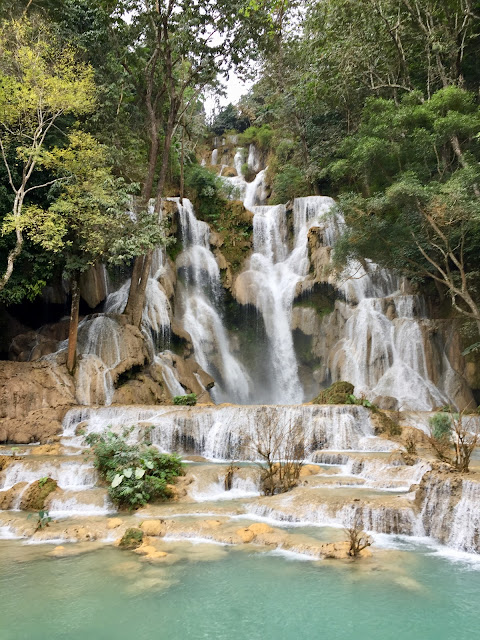 The tuk tuk was more than I wanted to pay, but I needed to get there and back to catch my early afternoon flight out. And, I REALLY wanted to get to the falls before ALL the tourists got there. I had researched and found that the falls opened at 9am. Tour busses usually start showing up around 10. I grabbed a tuk tuk at 8:15am and was on my way! The road was ROUGH. There were potholes bigger than my Corolla spattered throughout the entire drive, which was only 18km. 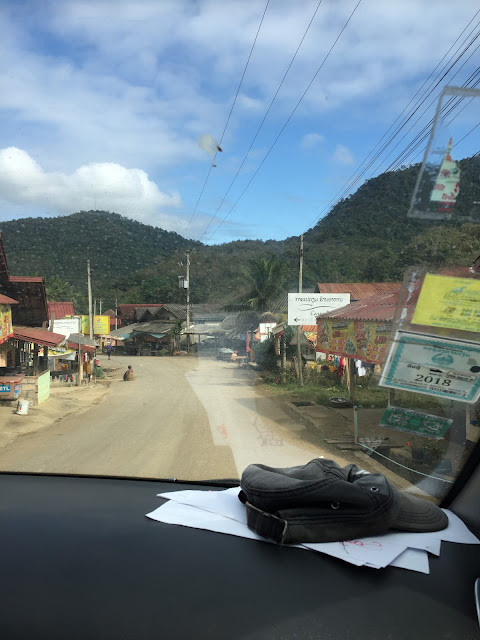 The driver had clearly made this trip a time or two, because he knew precisely when and where to swerve to spare the front end of his vehicle as much as possible. Upon hiring him, we agreed on the price and the time I would spend there, in which he would wait. I remember when I first came SE Asia, I assumed I would get ripped off and the guy would NOT wait for me. But just like every other time, he refused half payment and insisted I just pay when I got back to my hotel. And he promised to wait as we discussed. When I arrived at the falls, I had to pay 20,000 kip entry ($2.75ish). The first part of the path was a bear rescue sanctuary for rehabilitating bears injured in the area. It was neat, but I have seen bears and I was on limited time and REALLY was excited to see the waterfalls. 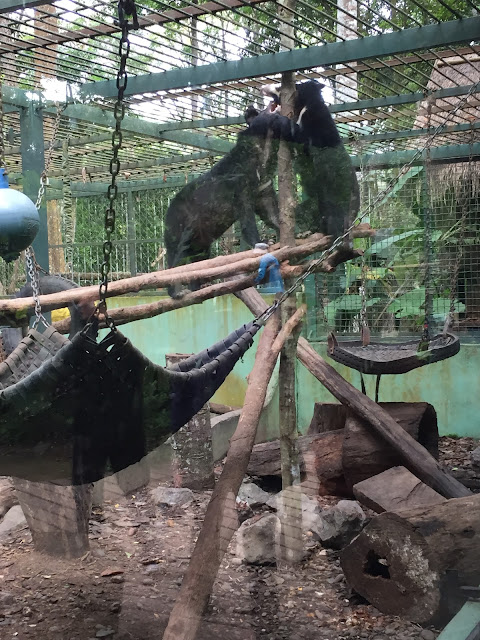 The whole reason I wound up in Laos was because I had seen pictures of this waterfall from other folks I had met in hostels previously and I did not believe them when they said the pictures were not filtered and the falls were not fake. They were so magical looking I just had to see them for myself. It was a little chilly starting out. I was the only one in a tank top and shorts. Everyone else had long sleeves and pants on. But I knew I was in a hurry and would be hustling to the top of the falls! As soon as I cleared the bear rescue I saw the color of the water pools and was taken back. It was indeed the same color as I had seen in the pictures. Amazingly bright blue and green and seemingly radiating sunlight off of each pool (which is impressive itself because it was an overcast morning). 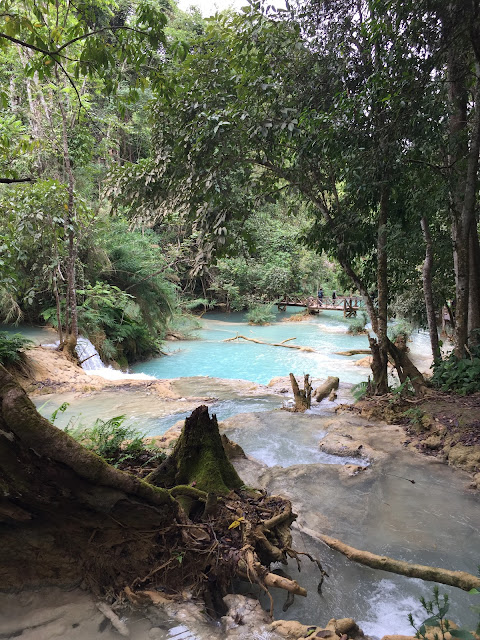 And every time I turned a corner on the trail up to the main area, there was another pool of water with a waterfall behind it. It seemed to have gone on forever - there were at least 7 'tiers' that I counted before I lost track. Each segment just as beautiful and brilliantly colored as the last. 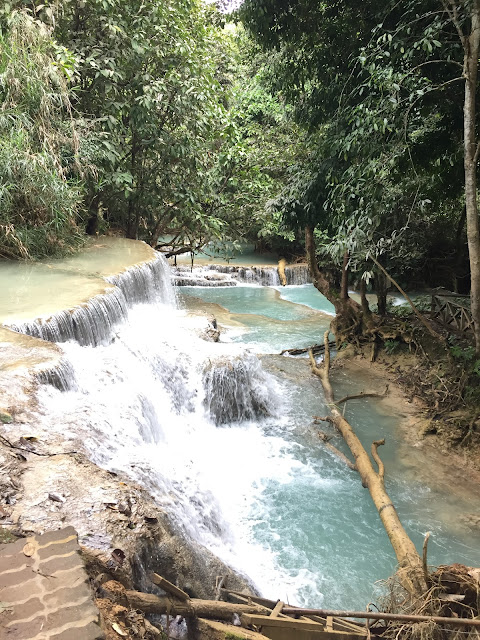 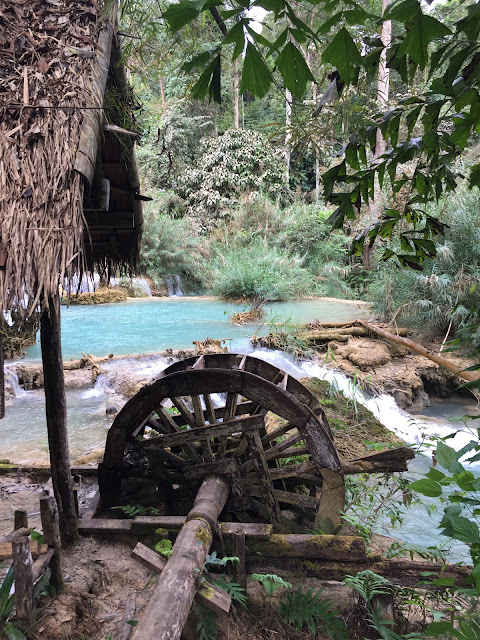 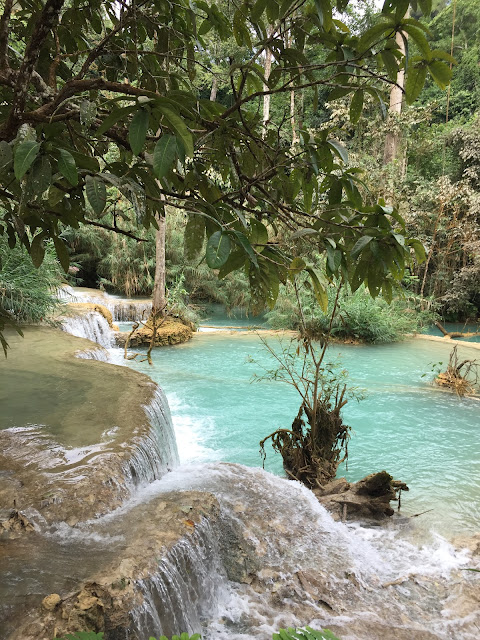 And it was totally worth hiring my own ride and getting there early as there were maybe 6 other people the whole way to the main area of the falls. 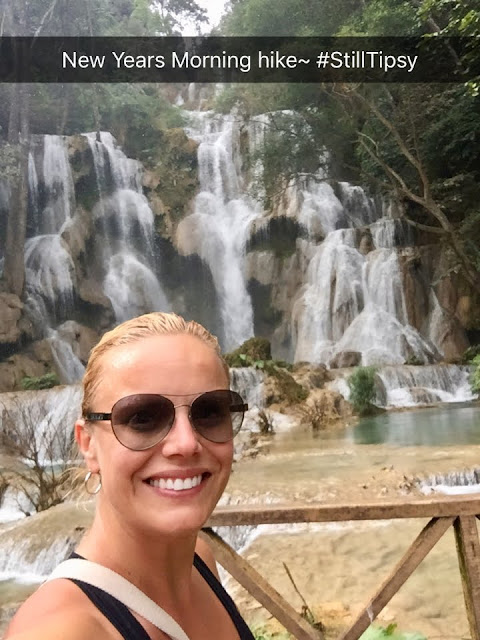 But of course, I didn't stop there. I had heard from others that the hike to the top was steep, treacherous at times, and slippery -but 100% worth it. So I stopped to take in the views of the main area of falls, which were indeed breathtaking!!!! And I set up to hike to the next area. I hit some cement stairs that looked really cool as the falls had enough water to take over the stairs as well as the land surrounding them. 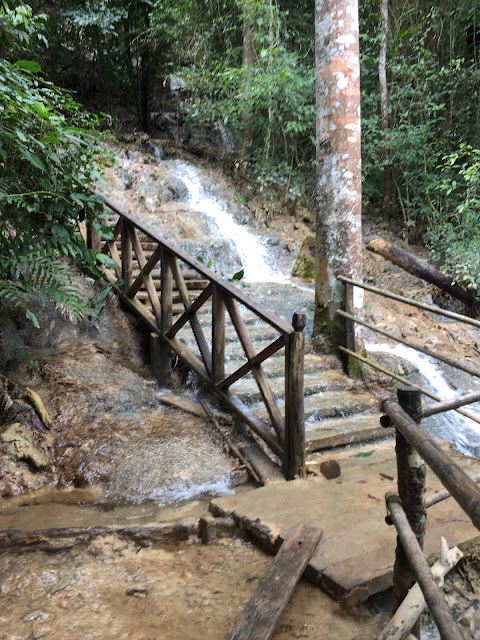 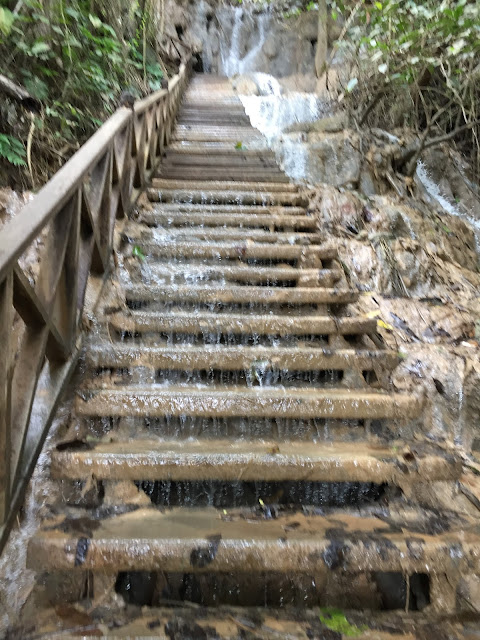 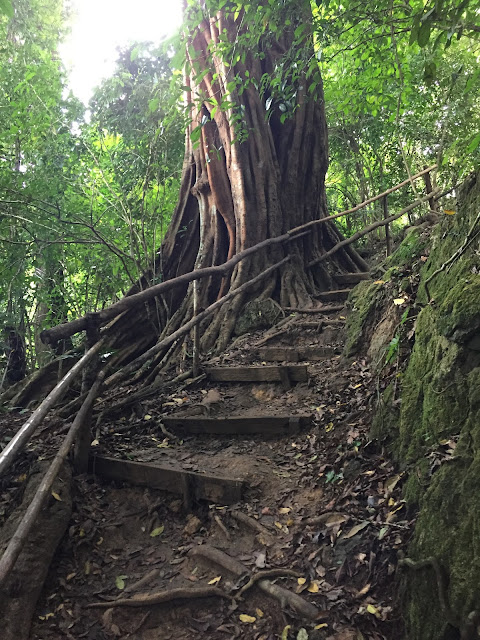 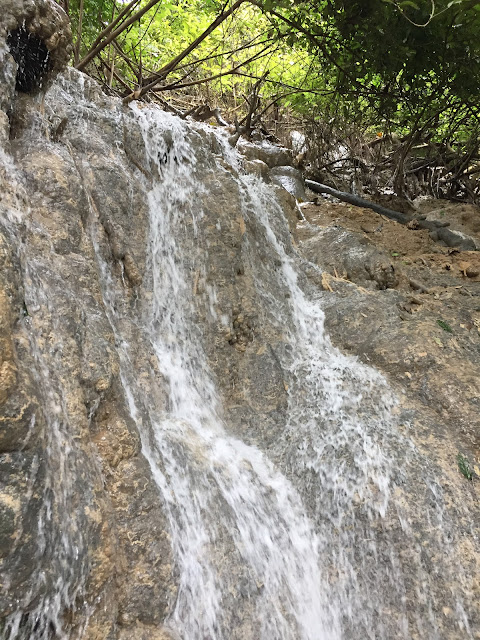 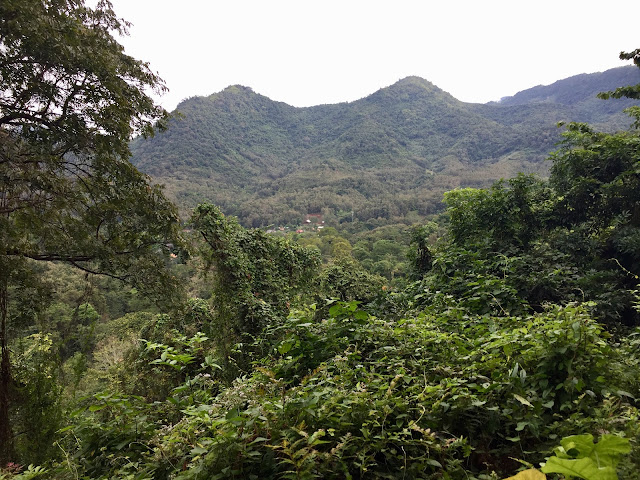 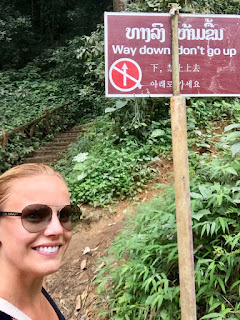 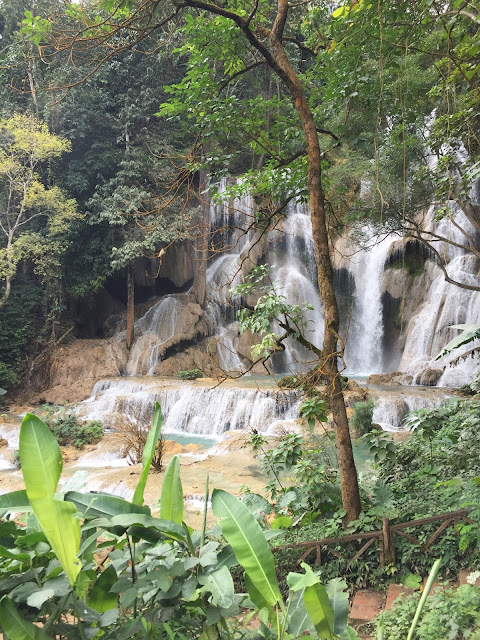 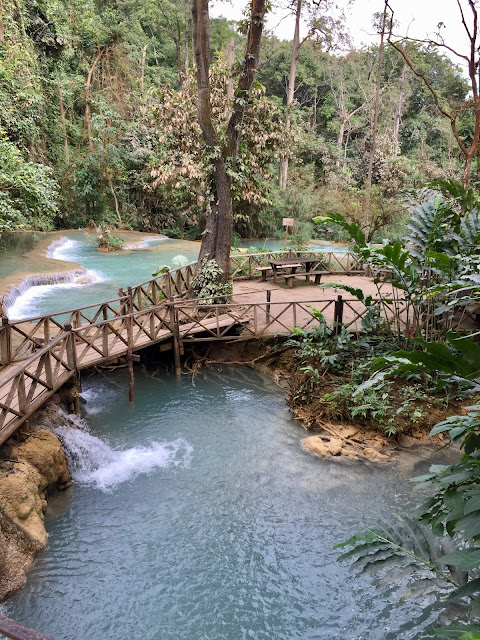