- December 26, 2018
Thankful that the rain had ended, I woke up early, had some breakfast, and was eager to get on the road from Chiang Mai to Pai with my two wheels. 1095 is the road, with 762 corners awaiting me. Super excited and a smidge nervous. The most nerve wracking part was the idea of getting out of Chiang Mai alive. The traffic is nowhere near as crazy as Bangkok, but still rather intimidating. I also needed gas not too far out of town and was worried how to work all of that - opening the gas tank, picking the gas when everything is in Thai, and figuring out logistics.  You know, overthinking 101. Turns out all of that just fell into place! 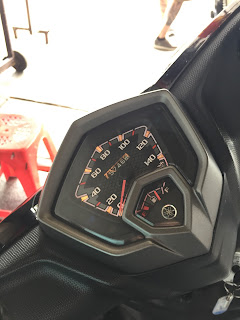 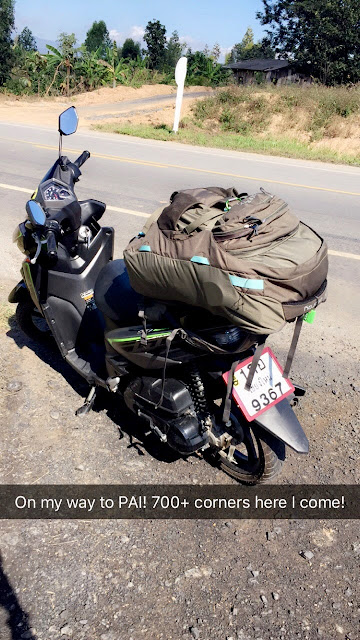 I made it out of Chiang Mai just fine - I rode as the lcoals do - very alert, not aggressive, but aggressive- and aware of the stray dogs, the kids, the bicyclists, the other scooters, the vehicles.... craziness somewhat contained. I pulled into a gas station, hopped off the scooter, and was happy to see gas station attendants. I had to do nothing but pay the man. Sweet!! On the road again! 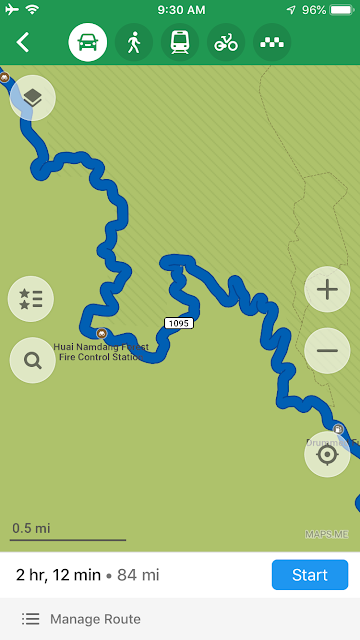 Once I hit the turnoff for Pai, Road 1095, life was ALL GOOD. The traffic was minimal, the scenery already great, the sun was shining, and I was ready to play! But first I had to pull over because the pack on my back was killing my back - I managed to figure out a way to strap it onto the backseat of the bike so that I would not have to wear it all the trip. Whew! 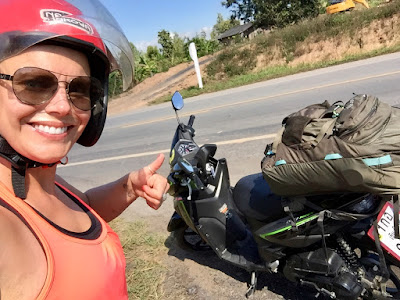 Felt better immediately. I reapplied sunscreen and continued on my way to Pai. I found the corners not long after that stop - and they didn't end once I got to Pai 5 hours later! There really was 762 corners - and the definition of a corner is as if you were taking a right or left turn from a stop sign - no less sharp that that. There were switchbacks, U curves, gravel on the roads, traffic coming in hot behind me, etc. But the scenery was amazing, the fresh air felt great on my helmeted head, and the peacefulness I get when riding a bike sank deep into my soul. Sure it was only a 125 - and I lost all power on cornering inclines, I had a BLAST! I stopped to check out/hike to a super cool waterfall and cave along the way ~ 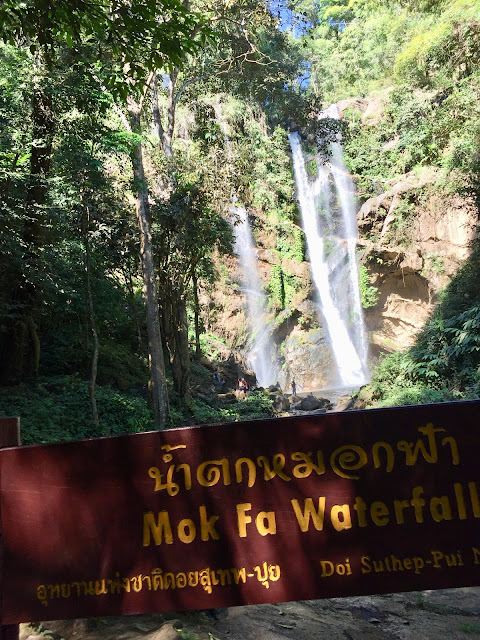 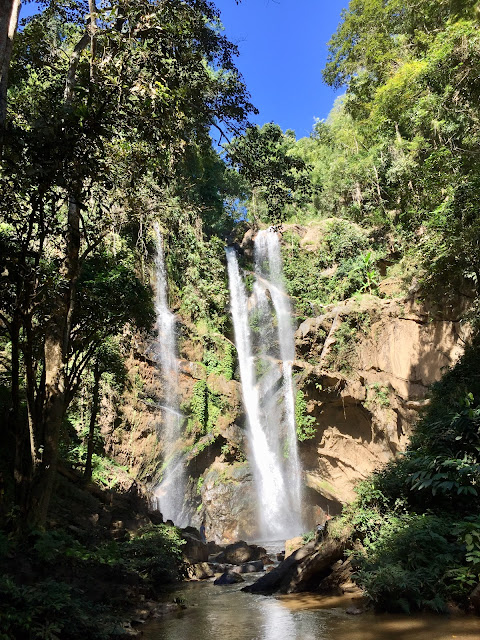 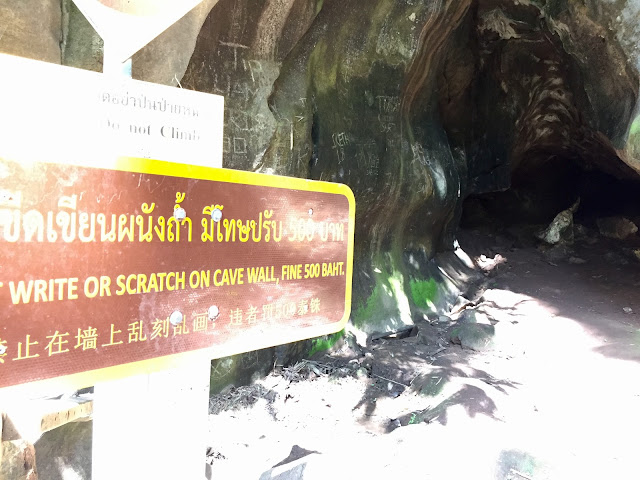 Not one to be satisfied by just LOOKING into the cave, I meandered into it a ways until my cell phone flashlight just wouldn't cut it anymore - I had to turn around and go back out 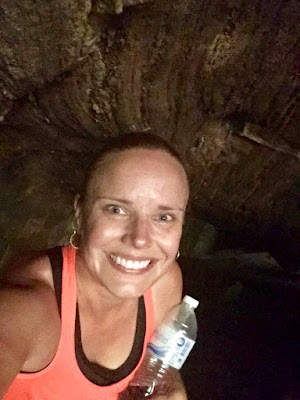 Back on the road for more CORNERS!!! 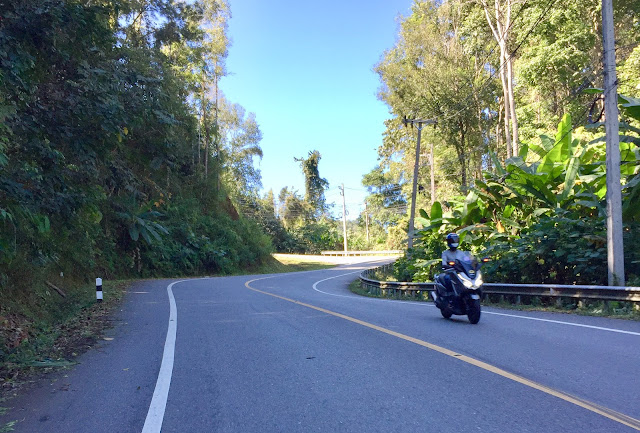 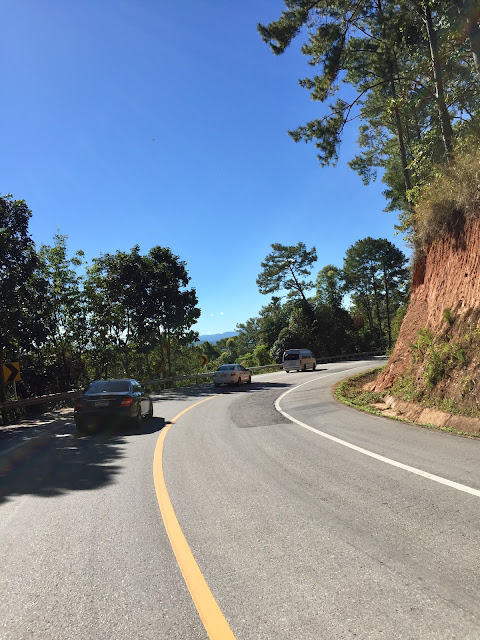 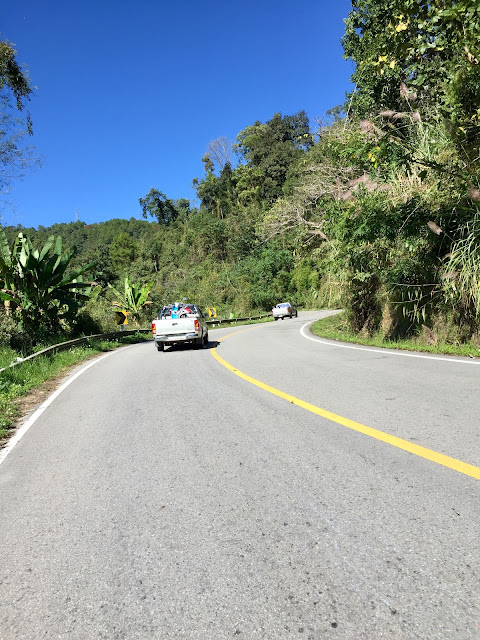 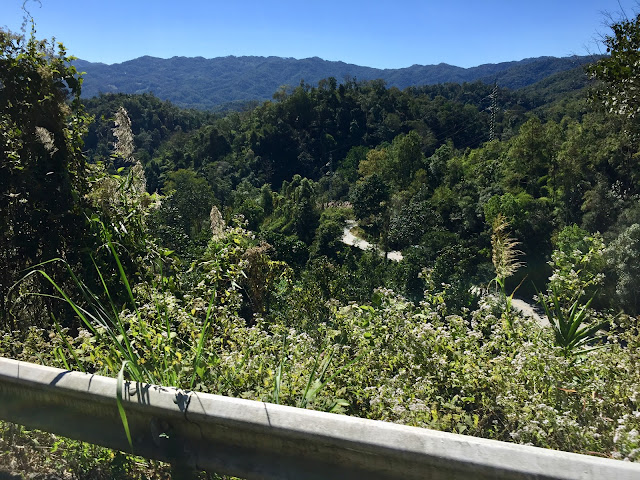