- December 16, 2018
I left my hostel in Bangkok, where I was finally feeling familiar with my surroundings, but yet VERY ready to leave the city. I booked a mini bus to a city to the north, Ayutthaya. I arrived at the Early Bird Hostel in Ayutthaya after taking a 2 hour (which in 'Thai time' is actually 3 hours) bus ride from Bangkok and then walking 1.5 miles to the hostel. This girl is still very MN'n in that 1.5 miles with 92+ degree temps and carrying two packs = sweaty Betty. I am totally getting used to that 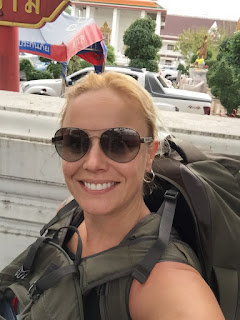 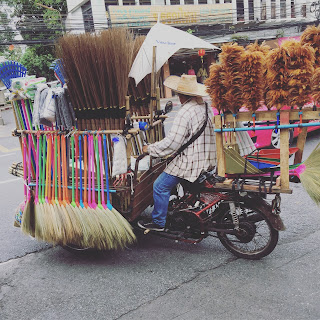 The hostel is fine - I mean, I only paid $4 a night. I just realized how spoiled I was in the last one because now, instead of 4 female beds, there are 12 co-ed beds. Instead of 14" mattresses, there are 6" mattresses.  Instead of two huge lockers, there is one tiny locker. And instead of 2 toilets and 2 showers for 12 people, there are the same number of facilities for 24. Oddly enough, I haven't had to wait in line yet. But, $4 is $4!! And it includes free breakfast, so no complaints overall. 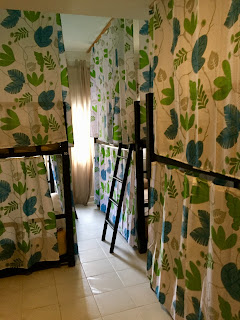 I dropped off my things and started walking. The hostel recommended renting a bicycle as the temples and the city are pretty spread out. Nonsense! I have gotten accustomed to walking so off I went. 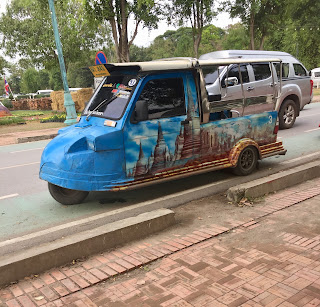 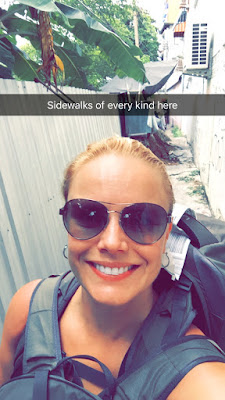 But Ayutthaya has ZERO sidewalk. You get to walk the white line if that. And they must have had some decent rainfall recently as the edge of said white line was mud. Thick mud. As in "You will get sucked down to your knee if you hit the mud" mud. So, with zero sidewalk to utilize, no side grass to walk on, and traffic coming from every direction, I did as the locals do - I TRUSTED people would see me and not run me over.
And weirdly enough, they did see me and did not run me over. In the States, I would have been a goner in no time. But, in Ayutthaya, 7 miles later after circling the town and seeing some temples, I can happily say I am still alive! 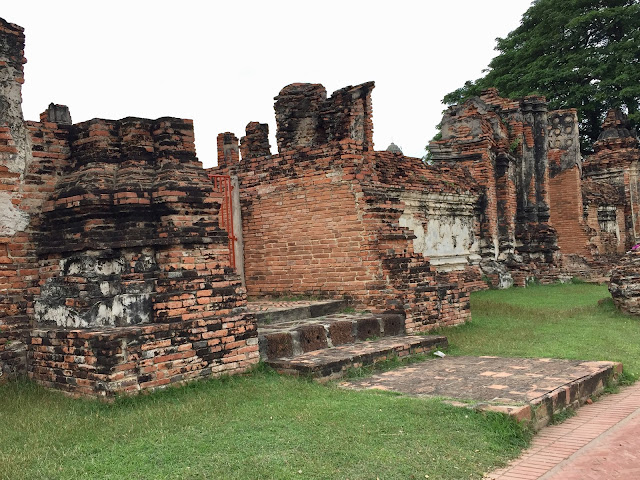 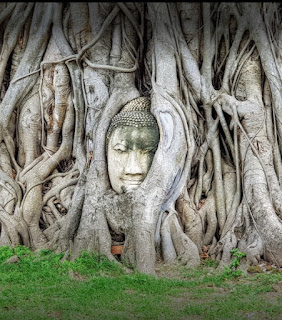 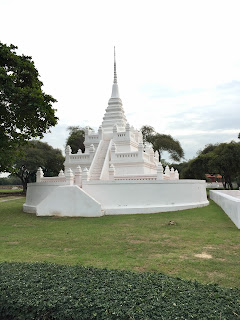 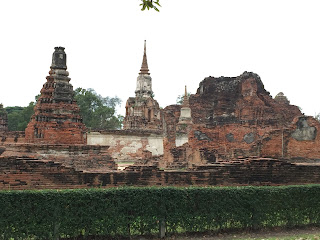 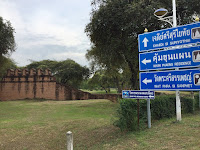 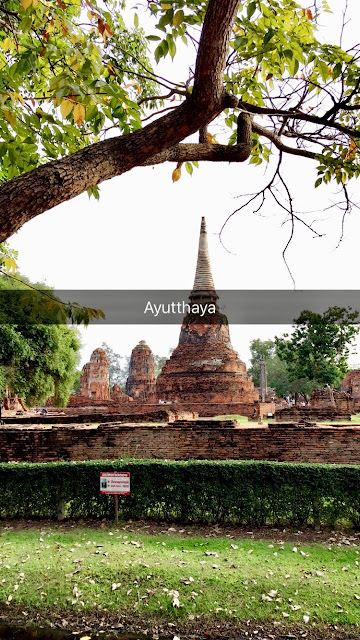 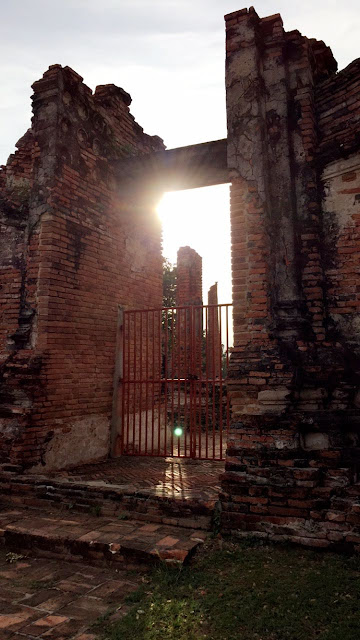 I headed back to the hostel to chillax and shower. I smell. Bad. After that I went off in search of dinner. I found a cute little joint on the corner or two fairly busy roadways and a table that faced the action. I ordered off the picture menu - which are great because if I had to pick what to eat based on words, I would never know what would be coming to the table!! As I sat at dinner, the streets got busier and busier. Food stands, carts of goods, and a festival like atmosphere was taking shape. Turns out it was a National Festival in town for 10 days. 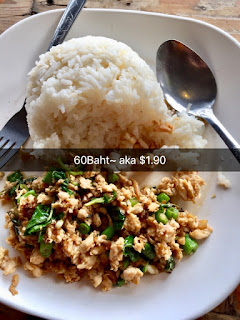 After I ate, I walked around to check it out. It was simply amazing sight to see. 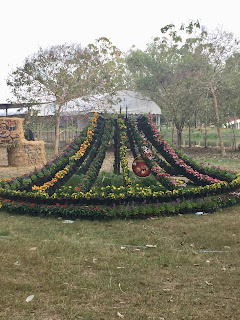 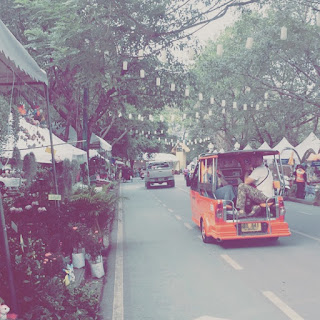 From the sword fighting, to the musical, to the fireworks, to the elephants walking down the street... and the numerous fragrant smells of fresh food being made in all of the stands - it was cool to be a part of. 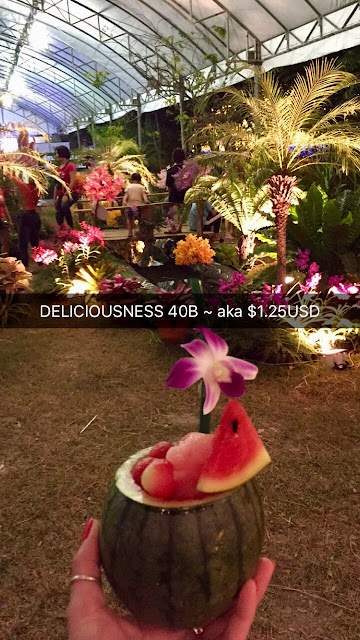 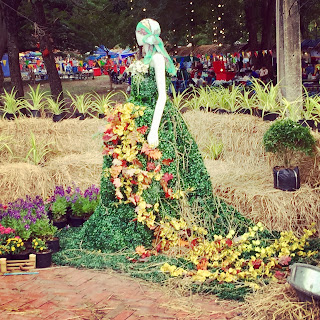 Granted I was the only farang (foreigner) in the entire place, but aside from lots of looks, I didn't care and neither did anyone else. And to be honest, I am getting used to it. I've never been one to wander where all the tourists go - I love different cultures and seeing how other people live. 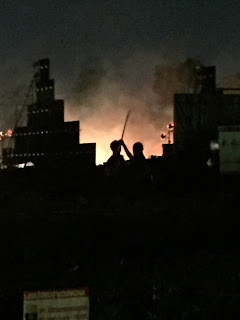 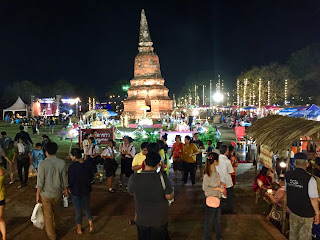 The festival must have covered MILES of space throughout the ruins grounds, which made it even better. I delved into some street food, got a watermelon smoothie IN a watermelon rine, and walked alllll over the place. Then I took a turn into PACKED HUMAN ALLEY. I mean, it was wall to wall people and vendors yelling left and right in Thai trying to sell their goods and get people to stop at their booths. 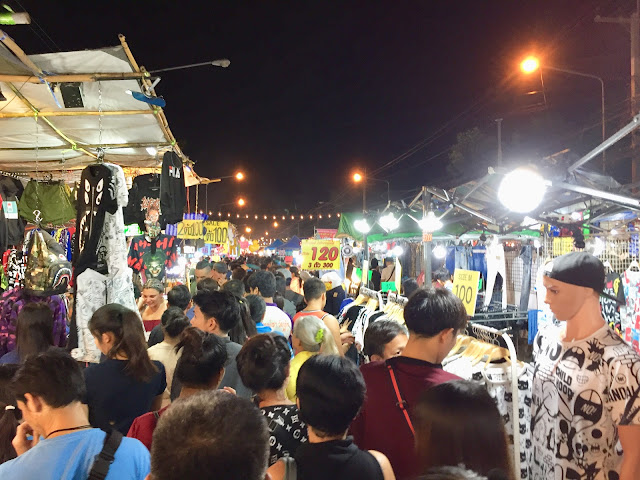 After about 3/4 mile of this, I was ready to be done with that 'section'. The other places were busy, but this was body to body. which meant that there were a LOT of people 'boob level' to me - which it turns out gave me the advantage because I could see where there were breaks in human bodies and could speed up accordingly to dash around folks. Because people here walk SLOW. Like SLOTH speed. All the time. I have to force myself to remember that otherwise its like I am running a sprint race in comparison. 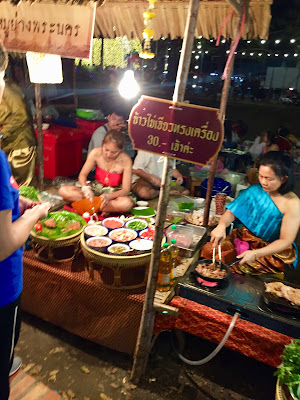 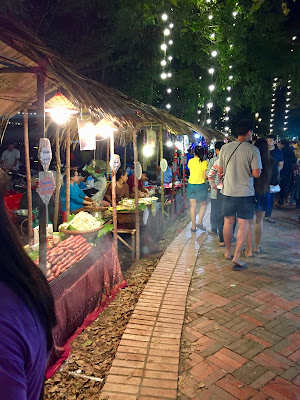 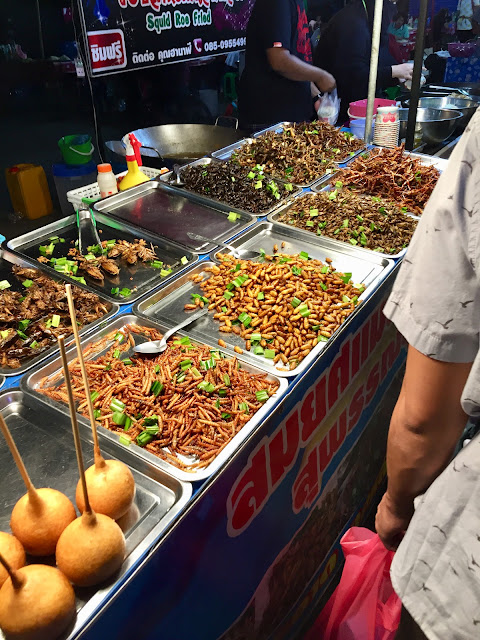 After wandering all over the festival grounds, I meandered back to the hostel, stopping by the local 7-11 for more water along the way. 7-11's really are on every corner here - and that is awesome because they are cheap and have everything! Back at the hostel, all the other people are seemingly sleeping by 11pm... sad because they missed out on great culture experience!!! 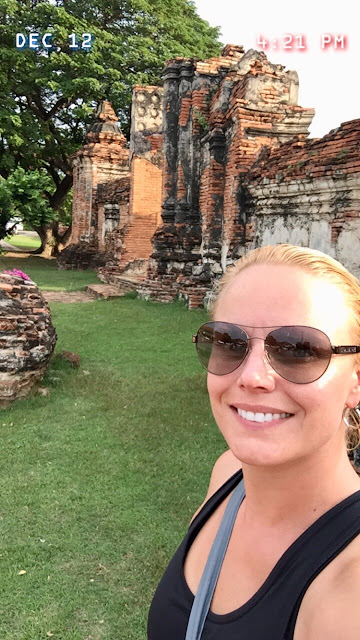 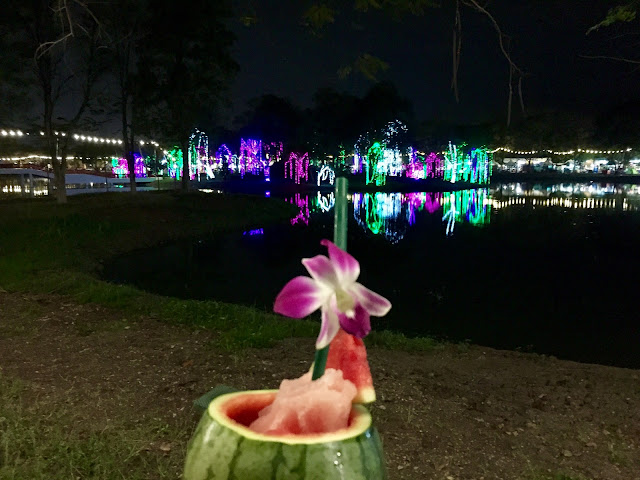 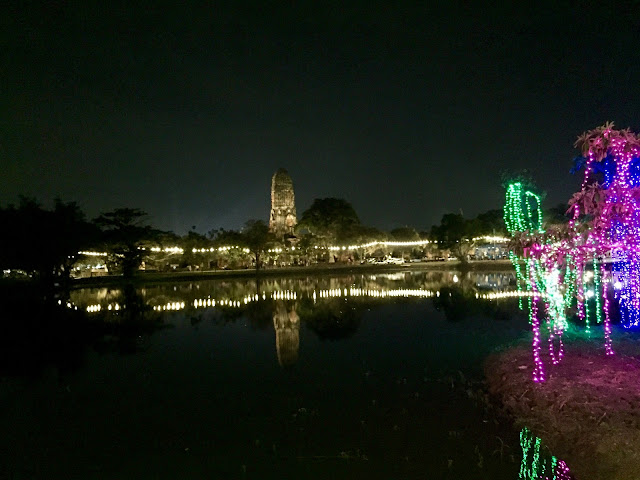 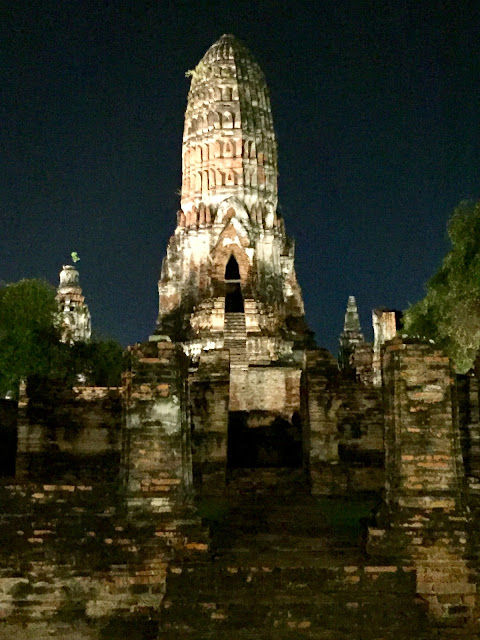 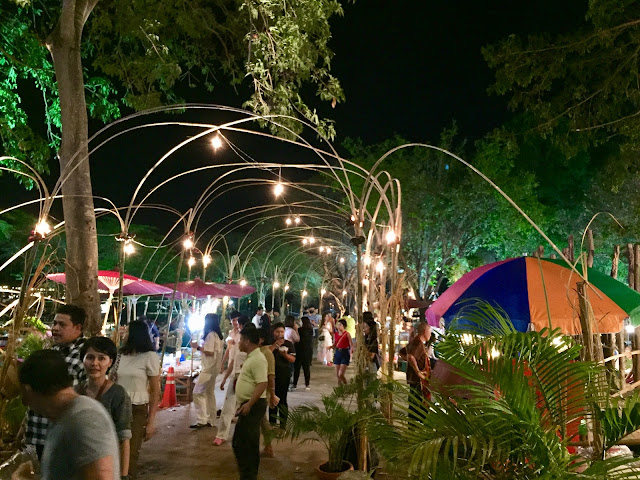