- September 30, 2017
Sunday Funday time!!  Time to ride north for a change and PLAY on some serious twisty roads!!! 76 is one of my fave roads in the US!! And, they started repaving it in May when I was here.. and in June it was almost done... so I was SO stoked when I heard it was DONE!!! So the route brought us west on 62 out of Eureka - also a fun ass road. To some road in which I missed the turn (weird), up to 90 just east of Jane. 90 is a twisty fun narrow farm road too. Pretty much every road around Eureka is AMAZEBALLS!! We get to the turn off of 76... and I looked back at the girls, gave what I imagine to be an evil grin, the GO flags waved in my eyes and I was GONE cranking the throttle. There are so many chevrons its ridiculous. Thirteen chevrons to the left, and no space before the chevrons point right. Over, and over, and over, an over... on a freshly paved road!!! HEAVEN!! 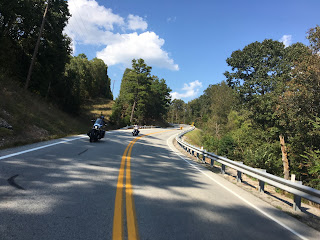 I was going far faster than I probably should have been, but I have ridden the road so many times I was semi familiar with it and was (likely over) confident in my cornering skills that day. I scraped twice on left corners, which means my high bike clearance had to be tilted PRETTY far to the left to scrape as the left side of the lane was even farther away from my floorboards. 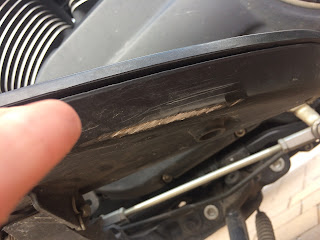 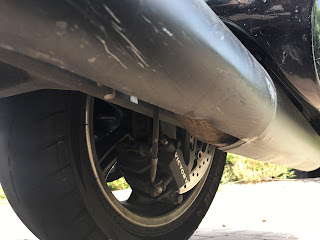 As Shelly said, I may be one of the few people who CHEER and are super happy when I get a scratch on my bike... aka the floorboards. I love that sound.
Back on 76, There where chevrons everywhere and minimal speed limit signs... which meant NO speed limit in my mind <. Evil grin >  Every so often I would slow down/stop to see if the girls were still back there, I would see headlights, and I was gone again.

76 turned into 86 and that led into Branson. We stopped at RT's diner - just outside of Branson - a little home cookin looking place in a little strip mall on the hill overlooking the lake. 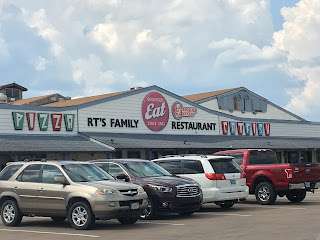 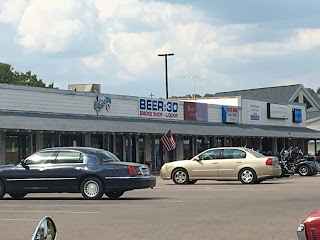 Another gorgeous, sunny, 90 degree fall day. Perfect for riding - I hate riding with lots of layers. Plus I was getting some much needed Vitamin D... so its healthier.

By late afternoon we mosied back to ES - earlier stop than usual but Shelly and I had been on the road for 11 days and we are tired. Living out of a bag, riding in the sunshine all day every day, drinking a few more beers than usual for the last few nights, and eating out... while its been an amazing opportunity and amazing adventure... I kind of felt ready to be done. Weird. But in a good way?

SHelly and I Took a siesta and had some chill time - Sheila met a local gal with a bo
at and she was wide awak so she met up with that lady (sounds like a COOL person with lots of crazy biker stories- she's 70ish).  Showered to wake up and Brad with an A came by and we grabbed dinner. Town is DEAD today - all the trailers and bikes have pulled out (by early this morning.. which is funny because there were 4 trailers in the parking lot and all had AR plates.. but I digress..) We rode past Legends... not a soul. We rode by Pub and Grub and there was at least signs of life. We decided to be adults and drop off the bikes then get a ride with Brad with an A to the bar. Which was a hilarious scene in itself. Shelly goes first..  now this girl has been riding for 6-8 years and for the past 2 years+ she and I have logged probably 20K.. so she REALLY rides. But... she does NOT passenger. She went to get on the bike, from the right side. Who gets on a bike from the right side?? No one, especially those who RIDE! But apparently, she was so nervous about being a passenger, all rules went out the window. So I sit in the parking lot with a beer and watch the 'show. She made a few valiant efforts to get on the bike from the left, meanwhile BWAA is laughing and telling her its 'way easier to get on from the left'.. to which she later said she thought was a joke.. she struggled to get on the bike and eventually went around and used the foot pegs..but the whole process of watching this play out was so worth the wait!!! She gets on the bike and looks back at me with that look of "I cant believe I am on the back of a bike right now..." 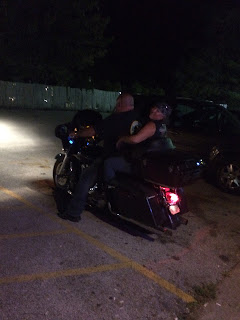 Finished my beer just as BWAA came to fetch me. Got to the bar and the bartender just slides me a beer without asking what I wanted. I know I've made friends here but have I spent THAT much time here? (Turns out Shelly placed my order before I got there...I'm not as popular as one might think - haha)  We had a beer, sat and waited for people to play music as the silent bar was pretty boring at first glance. I mean, there was a for sale rack of clothing one could parruse if in the market.... 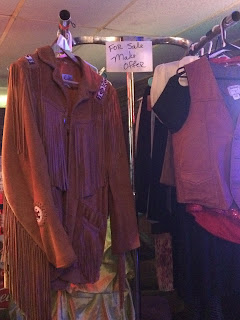 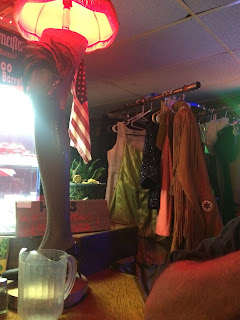 Just then, as we were contemplating leaving or staying fort one more... the bartender thorows Jell-O shots at us... "No" we say.. she laughs and walks away. UGH. Peer pressure fail. Naturally we stayed for one more beer, and then were leaving. This thought occurred just as our dear Michigan friends appeared. They looked a little rough for the wear as well... so they apparently were in for a chill night. INCORRECT. Not more than 10 minutes after they walked in, we yell and wave HEY, shots. Shots happpend. Again. Oatmeal something shots.. so at least they were healthy. But really?! They look worse for the wear, as do we... but once again, peer pressure happened. 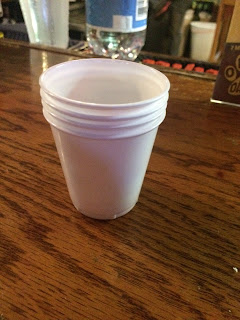 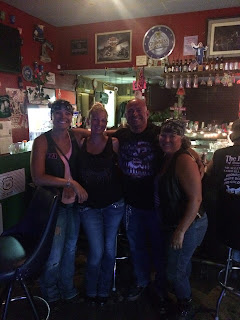