Made it to CO - now its time for a chill day

- September 16, 2017
After not going to sleep until after 4 o'clock this morning we slept in until 10. When we woke up we were still pretty groggy and kind of out of it ~ noted right away as we struggled to even packed our bikes which took an unusually long amount of time. Probably didn't help that the entire hotel smelled like weed and we are probably second hand high the whole time. It's a beautiful day 90° and sunny just like I like it. First things first for the day I need to stop at the bike shop and get a new headlight. I'd like to say I can do it later and just get on the road and ride, but I know myself better...later would never come. I found a bike shop in Colorado Springs and headed there hoping that they would be able to put the light bulb in for me I could do it myself but the amount of frustration I faced in the pouring rain trying to get to my headlight casing and needing to take the windshield  off just wasn't going to happen. I'd rather have somebody do it for me and pay them and not deal with the stress today. The dealer was awesome and they had one bulb in stock for me. I talked to the service department and they were able to get me in same-day only because I was traveling. Otherwise they were booked more than three weeks out. As I was waiting the guy came out and asked if I knew about a recall on my bike. I did not. He said the brake line was recalled because it was zip tied too close to the exhaust and was at risk of burning off the zip tie which means my brake line would gave out. He said they would've been able to do it if they had the time but they weren't sure that they would be able to. After all said and done, and after only an hour, he came out to say that they also fixed the recall - so headlight an recall work and my total bill was $29. (Yeah I know recall work is free but the fact they took the time to do it when they didnt have to was awesome). We took off from there and headed to lunch based on a recommendation to go to Manito Springs but when we got to that city and it was crazy tourist town with a paid parking only and it was just too much for us handle. So I kept going and wind up in WoodlandPark there's a little biker bar just outside of town that we stopped at with an awesome patio in the sunshine. First thing we noticed as we are headed up the mountain was 5 miles up and we're freezing! But the views are totally worth it. We had lunch, had a beer and continue down the road.  we are both still feeling kind of out of it groggy not really with it so we decided not to do any technical riding today. We made it as far as WoodlandPark where we decided to see if there's any hotels.. it's 530p and we are just kind of done for the day. We found a crazy awesome little cabin motel place and we got a suite for the night. It was adorably cute with a little patio outside wood trim on the inside and all woodsy decorated. We had views of the hills and mountains behind us and bike parking right out front which is always nice. We chilled out for a little while looked at Maps kind of made a plan for a trip and then headed uptown to grab a beer at the local bar. I've been to the local bar last year (The Ute) after writing pikes Peak. It was an awesome place super friendly people with live music. The same was true for this year. We watch the band, but some of the locals, made friends with the bartenders and security people, and had a great night out. We stumbled our butts home after bar close and passed out in the amazing  comfortable beds that we may never want to get out of. 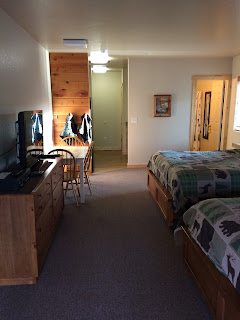 Guess what kind of bikes we ride?! 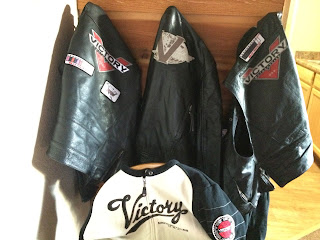 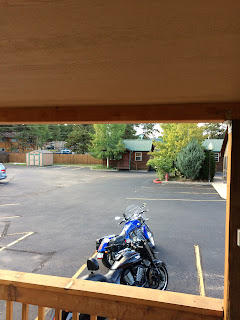 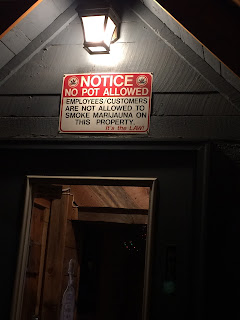 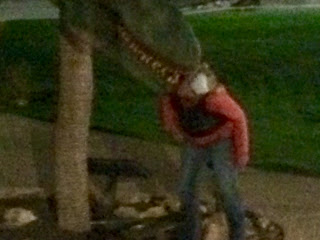 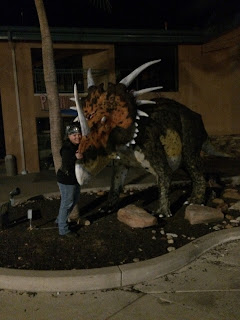 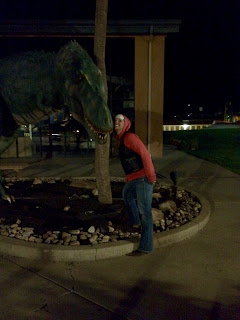 Little messing around on the walk home