- September 15, 2017
I had this weekend off head to Bonneville Salts to watch the ex boy race his bike there. That all fizzled unexpectedly, so I thought I might as well get out of dodge since I have the time off! The BBQ rally in Arkansas is next weekend, so I briefly thought of heading east, but then realized i have not yet been west this year, which is weird. So off to CO AZ NM I decided to venture. I let the girls know of my plan (the girls I got BBBQ with) and there was one 'taker' for the adventure. Knowing I was headed out on this journey, I had plenty of time to plan and pack and yet, there I was at 2am packing and doing laundry for a 5:30am go time. Needless to say, I just stayed awake. So as 5am rolled closer, I was running on adrenaline and caffeine and raring to go, sans a few minor details like packing. I managed to get ready and meet Shelly and was on time for 5:30am. We met at the local gas station early as we were going to do the Iron Butt ride/registration. The clerk signed our paperwork, we got all of our crap ready to go and lastly, got gas. This is when the official IB time clock starts. 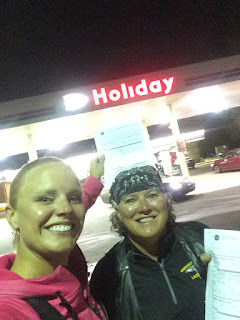 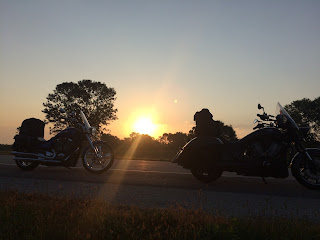 Cruising down 35 to Des Moines is certainly a boring drive but it's the fastest way to get where we need it to go from there we cut off to I 80. And then just when you think that I want is a boring ride you hit Nebraska. Snooze. I never thought I would say I was happy to see row construction but at least it gave us something to look at throughout the state.  We were making great time, the weather went from it was chilly, two holy crap it's really hot and beautiful out. It was warm and sunny and minimal traffic all the way to Colorado state border. We hit the border at 7:30 PM.  Stopped at the state sign to take a few pictures and headed on our way. 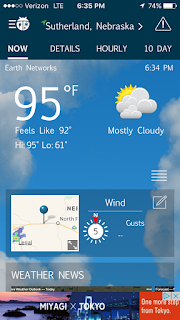 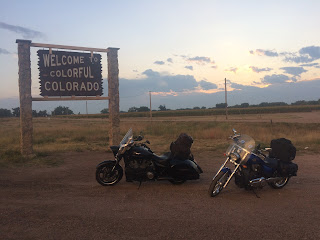 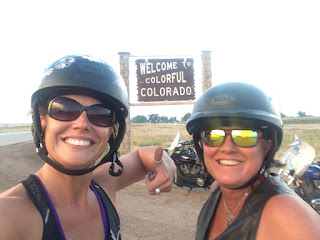 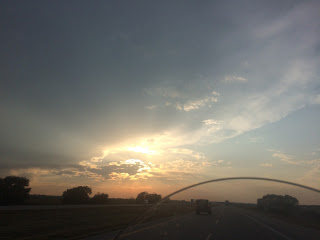 towards Denver/Frisco as that would be roughly 1k + 50 just to be safe. After taking a picture at the sign the sun started to drop a quick quickly and we geared up a little bit more. We also noticed that there was lightning to every direction around us except for behind us. As we were gearing up and start moseying west the lightning got closer and the strikes got way bigger. Then the wind picked up. We need a pulling over to check the radar and Sure enoughf we are riding right into a massive storm system. We threw on our raingear and hope for the best. But that's not quite what we got because as we took off from that exit to get back on the freeway I noticed it was quite dark out. Not just dark out but exceptionally black in front of me. That's when I realize my headlight was out. We stop and surte enough I have no headlight. So I used my highbeams thinking that would be good enough however my highbeams are pretty useless at this point too. The winds kicked up to roughly 40 miles an hour from the side there was dust flying everywhere around us and then it started to rain. My tactic, since neither of us eat the best at night regardless, was to just find somebody who is passing us and just stay on their ass. We were successful until it really started pouring and then I couldn't see out my glasses because they were foggy, I had no headlight, it was pouring rain, and we didn't know the road. So we drifted back and just hope for the best. We Stop at a gas station for headlight, employee was getting arrested, asked for a sticker, wind kicked up dust storm bad,  and there is light night everywhere. Decided to Change routes to go so if not over the mountain. Went from Fort Morgan to Lyman. We suddenly took on roles in a horror movie setting. Sign at the start of the road said 75 miles til next gas. No big deal! We filled up. We start riding and the road gets darker and darker.  Through the windmill Road which at night looked like a scary movie.  Red light blinking in the distance forever, in seemingly timed synchronization. For over 50 miles we could see these lights in the distance. 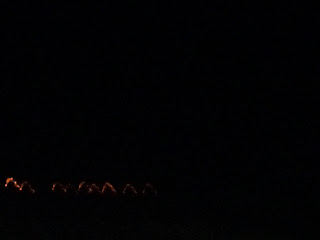 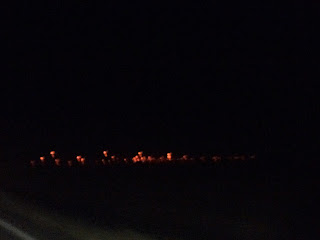 Getting closer to them.. not sure if we should be afraid or think its cool looking 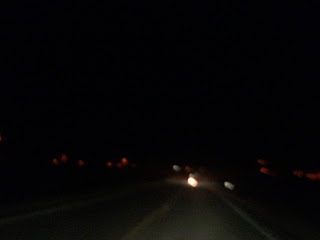 The one car that came up behind us, while i was still using Shelly for a headlight, We pulled over to let them by and they just pulled up behind us and sat there.. Many times we saw headlights that were coming at us but never made it there. Shelly was leading I could not see, we didn't know the road, there was reflectors in all of the ditches, and we just hope for the best there too.  We made it past the city literally named Last Chance. I think it meant this was your last chance to say goodbye to your loved ones because those red lights are just ahead. Turns out, the lights were all windmills... for miles... not some creepy horror movie. Of course it took 74 miles to see them close.
Now its cold, we are wet, I still have no headlight, have been awake for literally 42 hours, its 1030pm and we just want to be done. We check our mileage and realize we still need to go 50ish miles - which worked out because we were about that far from CO Springs area. We head that way . We made it to Fountain CO - not the classiest looking town but the Super 8 was open and had our name on it. First we needed to get gas for our final gas stop receipt to prove that we completed an Iron Butt Ride. The gal working was more than excited to sign off the forms and when the receipt had the wrong time on it, she signed it, wrote a little note and dated it. She then wrote her personal cell phone number down - she was super sweet and I am pretty sure she WaNTS the association to call her so she can tell them about us!!! An amazing day, great ride, sans the last 4 hours, and we + the bikes ran great!!!  And!!! Along the way, Shelly hit 90,000 miles on her bike!! She put all but 3 on in the last few years of riding - and I hit 65,000 - which is crazy as last year on. 9/12/17 I had just shy o