- September 18, 2017
Today is a chilly 54 degrees to start out. Back to full leather, it is! There was a bear in our yard this morning, we didnt see him, but he was wandering around= checking things out. We loaded up the bikes and then We gassed up, a whooping 1.13 gallons - but since we were about to roll onto a desserted back gravel road with zero cell service, its better to be safe than sorry. We headed towards Divide CO, and couldn't find the turnoff for Shelf Road aka county 88. We whipped back around and went to the local gas station, where the attendant tried to convince me that the Colorado state map was 'super detailed' and he was rather offended that I state otherwise. That is, until I told him we were looking for Shelf Road, and he confidently opens that map to point it out, only to realize that there are dotted lines, but no names, and no definition on where things start and end. He was suddenly friendlier but didnt have any maps. We continued down the road towards Cripple Creek. Shelly has had this song in her head forever and has heard it a handful of times just today while her ipod was on shuffle. So when we got to the edge of town, we had to stop for a photo with the sign. 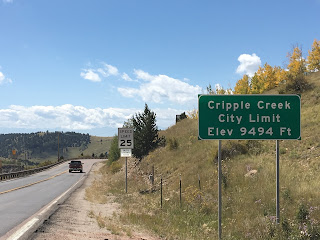 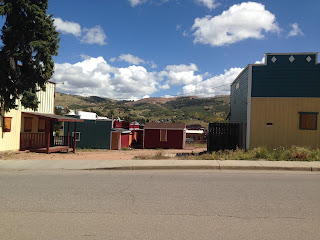 Continued down the road for no more than 5 blocks, when the exit for 88/Shelf Rd appeared out of nowhere. The road was a a little gravel 'cow path', basically, that went straight downhill, over a ton of ruts, and beyond civilization as we know it. 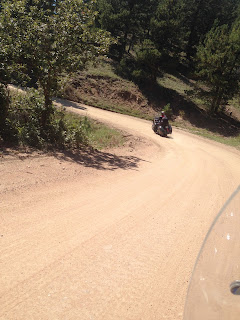 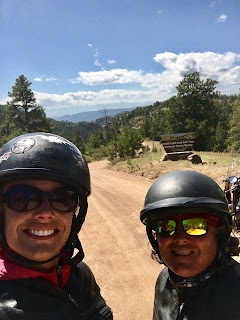 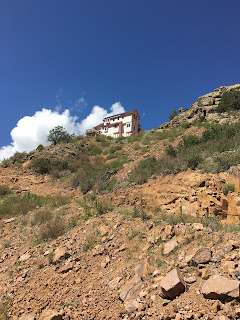 That's quite the driveway to the house!! 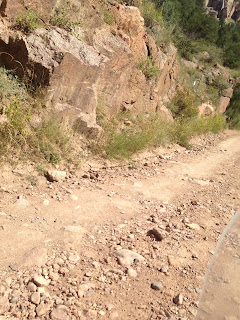 Deep in the woods were tent cities, where people clearly lived. The road condition was ok - it is 27 miles of gravel - and not maintained whatso ever. So I had read that the road and the views were amazing, but that the route itself may o may not be intende for cruisers. I took that as a challenge, and off we ent. We came across maybe 6 occupied vehicles in the 17 miles, a couple of birds, and no major sightings of animals.. The road followed Cripple Creek from that town to Canon City, CO. It was spectacular!!! Sure, we were dodging potholes, sinkholes, mud slides, and such the whole way, there were only like 4-5 times I tumult thought 'WTH are we ding with THESE bikes on THIS road? Easy. There was a view to be had!!

Look at that cliff view!! 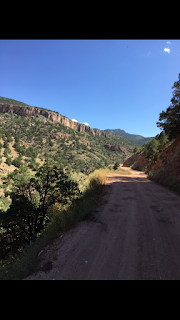 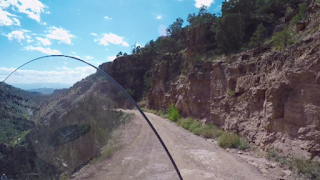 Between the rock outposts, the views of the hills, the rut chasing energy, having to pee with no where to stop but the side of the road.... life is good. Random, but good! Gravel switchbacks and all. 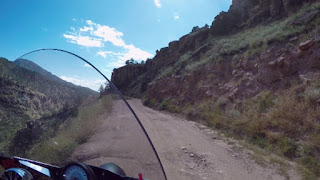 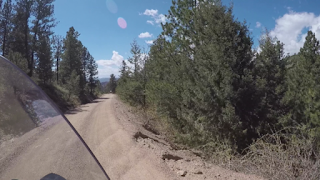 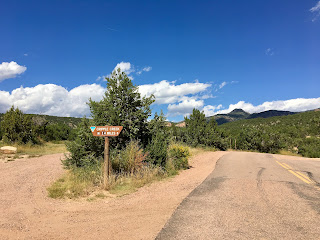 
The last 3-4 miles of Shelf Road were by far the worst. The gravel was large rocks and not maintained. The ruts were bigger than my boots and could have easily sucked me over the edge. But no fear, I got some great photos!! 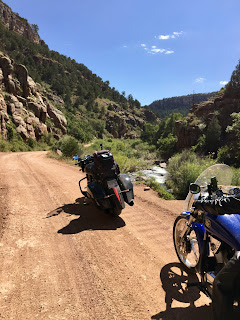 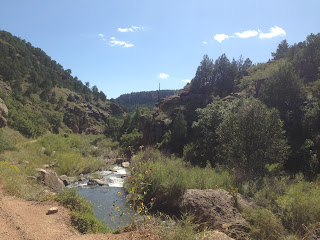 Soaking in all the sights 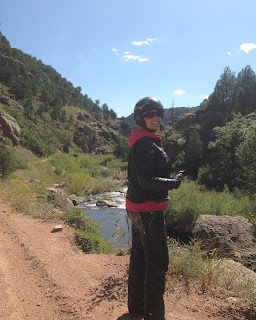 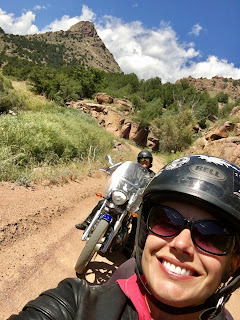 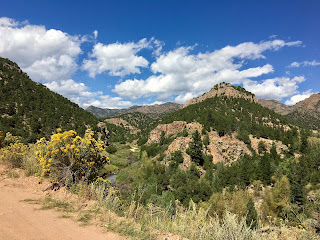 After Shelf Road, we continued west. We were greeted with amazing views of the sunset the best free thing in life! 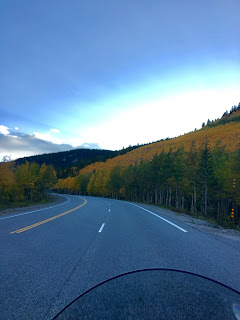 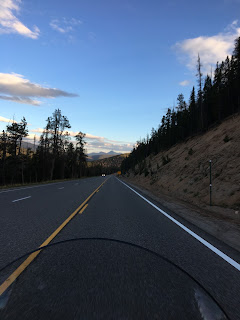 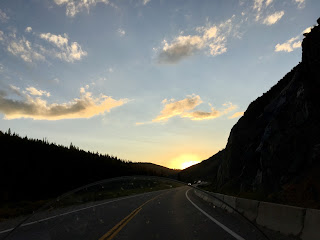 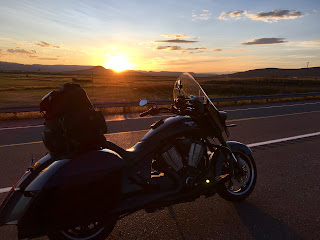 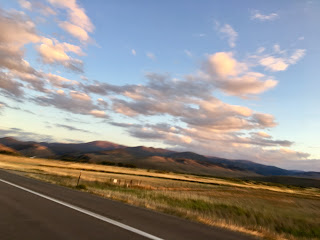 We also crossed the Continental Divide ~ 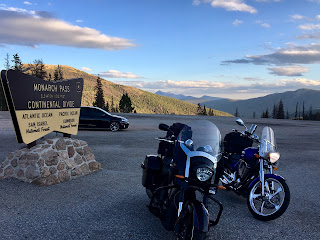 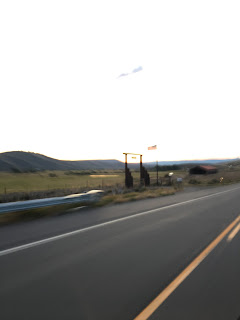 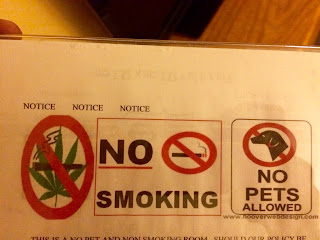 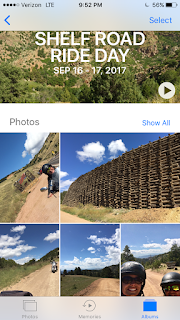 We stopped for the night in Gunnison CO. It was a struggle to find lodging, as everything was booked solid. I called one hotel who had one room left, but it was smoking. So we passed. I acalled there again to as, not knowing i had already called him and he suddenly had 3 rooms available, all non smoking. So we settled in for the night at ABC Motel. I know it sounds scary, but it was quite lovely!!!!