- October 09, 2018
Today we planned to ride a shorter distance as we have to pack up and head out tomorrow. (That planned failed). We had breakfast at the Filling Station while I got my nerd-on looking at the Butler map. I map out the plan, we gas up and head out of town making a pit stop at the 'Cock Shop'.. I doubt that is the name of the actual place, but it was hilarious to me and the girls are game for stopping for dorky photos. There were two other ladies who stopped 'Because she really loves Chickens'. We explain why we stopped and I think that we changed their views on the place and offered them a solid laugh or twelve. As we all layed on the ground amongst the cocks a biker went by and the chick on the back gave us the two thumbs up and we could hear her laughter as they whizzed by. Pretty sure she wanted to stop too. Then onto Rockhouse Road. The locals apparently call this the strip leading to the raceway.. aka 221. "Never patrolled" they say with corners "that say 30, but means 70". Game on! We had so much fun cornering the first time we did it two more times and each time brought easier corners and faster speeds. This is so addicting! (no pics of this road.. I was focused and cruising a tad over recommended speeds)... From there we went down boring stretch of 62 to 65 looking for a turn off just north of Clinton that we never found. We meandered west to Witts Springs, Deer, Kingston and back to ES. The 'short easy' riding day got a little more eager than I had planned (weird) and we ended up going over 200 miles... but it was all super fun riding! 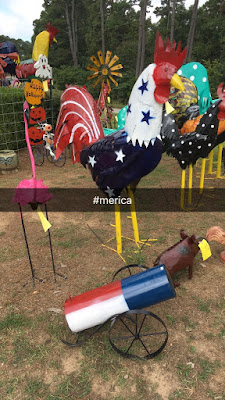 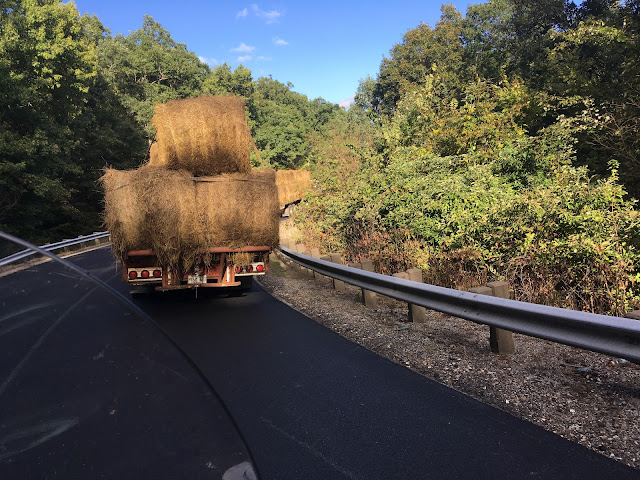 He sideswiped the guardrail momentarily... 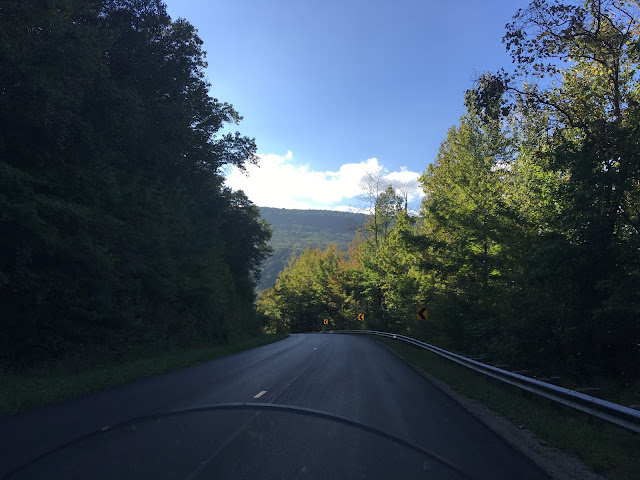 Open road when we passed the trucks 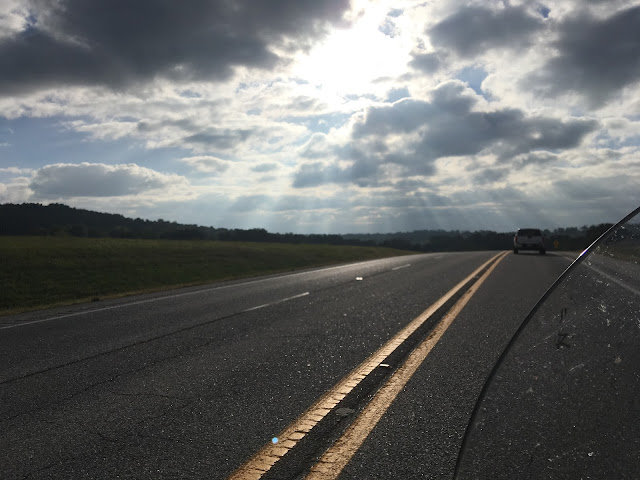 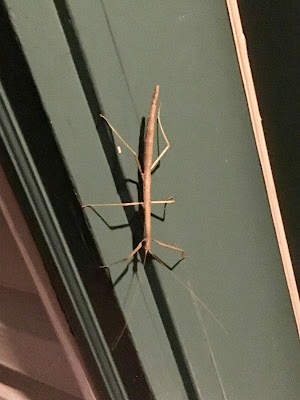 Coolest bug ever - a walking stick