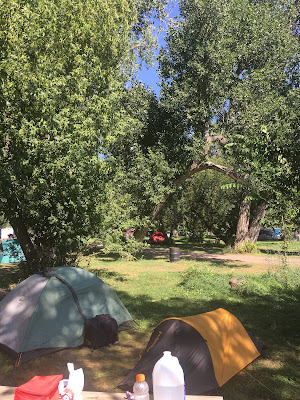 So we ripped home from Sturgis in less than stellar conditions - meaning, we were running on minimal sleep, slight dehydration, and sheer exhaustion from the last 2 weeks of fun in the sun (literally). We hit the raod by 7am.. and made it all the way to the nearest way side rest where I needed to stop and take a snooze on the bench. That was the first 45 miles in... the rest did not improve. We managed to make it home in 12.5 hours... with lots of stops, lots of caffeiene, and a dash of sheer magic. This left us wondering why the heck we subject ourselves to this kind of torture. I don't want to ride this stupid stretch of freeway again anytime soon, I recall telling myself. Fast forward to Friday after work... when we get this grand idea that after just 2.5 days of 'rest' we were ready to return to Sturgis because we had a group of friends that were going to be out there, who weren't there the first round. I was on the fence about this idea, as was Stiffy.... but after throwing it back and forth, we caught ourselves re-packing after work and hitting the road.. 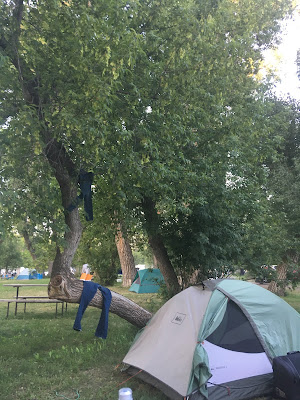 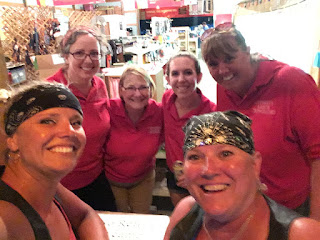 BACK TO STURGIS. Leaving Friday, back Sunday. We are truly nuts. WE made it out there in 10.5 hours - feeling fairly good, not hitting any major traffic, and having good tunes to help us along. We got to camp, where the gals asked where we had been... thinking we had just not returned to camp for a few nights... ha! We explained that we went home for 2.5 days and missed it so much we had to return. They laughed and shook their heads as they gave us shiny new camp wristbands.
We make our way into the campground hoping that 'our'' spot was still open.. Yay! It is!!!
We set up camp as though we had never left. In fact, the pants that Stiffy blew a hole in and left behind the first time were still in the tree along with a bead dangling behind - put there by our good friend Salty. We set up shop, go grab a 12 pack and some ice and settle in for the weekend. The very short weekend! We showered and grabbed a couple of beers for the 1/4 mile walk down to Da Bus hub and bar.﻿﻿ 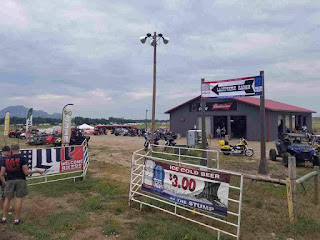 Before we were even IN the bar, the girls working the bar saw us and pointed and waved feverishly at our return. They asked what we were doing and we explain the crazy idea we had... they put our beers on ice as they listened and then asked if we had signed the stumps yet. We hadn't. Naturally, I ask if we can carve our names... they preferred marker since its their first year open. So we grabbed markers and left our names behind. One by one, Da Bus hub workers walked up to high five us and welcome us back... so much so that another patron at the bar next to us asked "Just how long have you girls been here?" Seems that everyone we told our story to had the same reaction.. shake their heads!   We bs awhile and then wait to hear our bus number called - Justin is the bus guy - he is the one who herds patrons like cattle to the right busses. He sees us and shakes his head and without saying anything "I will just yell to you girls when 5 is here". He knows us so well!!! ﻿
﻿ 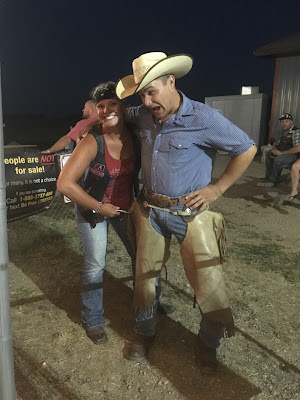 We hop the bus to downtown and greet the driver - whom we also met a time or five this week. Love that he posed with me and a random dude's pair of pliers... the dude was mad because this bus employee 'was the only one' who wouldn't pose with random stranger for a photo. So naturally, I bet random stranger that I can get the bus guy to pose first time I ask... dare is accepted! And I won!! 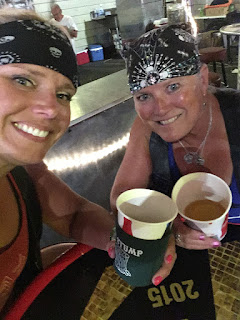 Our first stop was One Eyed Jacks. We had seen a FB status update from some of the guys we wanted to meet up with from MN and that is where they were last seen. We walked around and saw no one. Meanwhile we had our beers under our arms from the bus that we didn't finish. We walked into One Eyed and got a glass of water, which we quickly downed, to make space for 'water'. 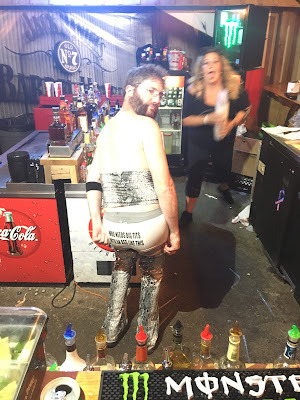 We continued our stroll from One Eyed Jacks to Loud American, trying to guess the course of our friends. Again, no sighting of them. We go to order a drink and get served by a guy in all sequin suit from the 70's.. complete with pasties for when his attire slips down. He was hilarious. I ask for a picture and he starts bending over... to show us his underwear. This guy was hilarious!! In all the debauchery, no one charged us for our drinks and off we went, after waiting awhile to catch the eye of the server(s) - all of whom walked past us. That was a good deal.

Next up with Broken Spoke - pretty dead in that bar. We walked through, found our names where we had carved them a few days prior and headed on to Dungeon. The least classy bar in all of Sturgis, so naturally, our favorite!  The bouncer gave us a high five and a head shake, as customary on this trip! 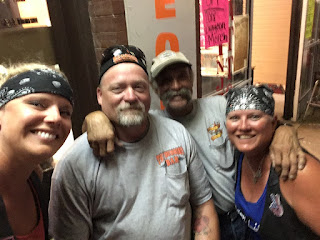 We mosy downstairs to seek our tables out and wound up meeting some pretty cool peeps from Colorado. They were just as crazy as we are.. they were in town for just 2 days and had rode in from Denver.  We shut down the dungeon and hitchhiked a bus to home - of course we missed the last actual bus by about an hour. The bus driver that stopped for us pulled aside and said we could get on 'because you don't look crazy like the last ones'. This is the first time we were called "NOT crazy' today. When asked what he meant he said the last round of riders were so out of control he had to call the cops on them. He was having a rough night, that's for sure!!!! 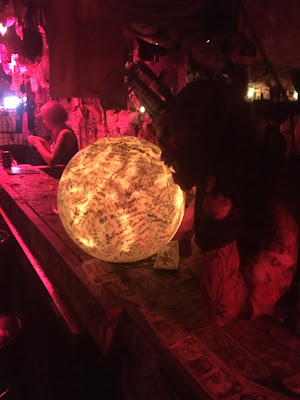 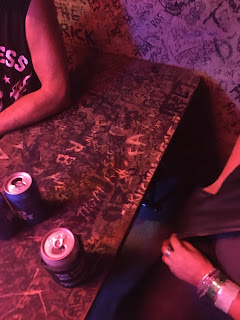 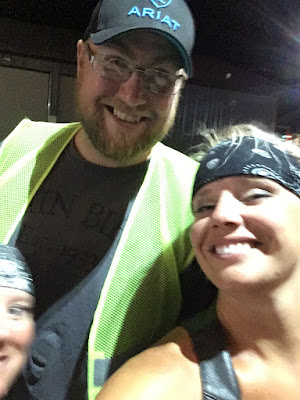 Some other random shots from the evening: 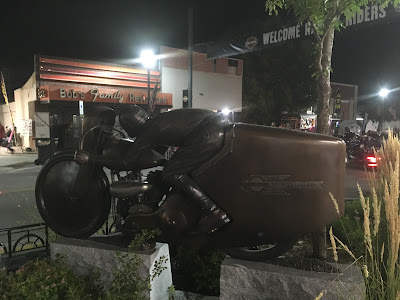