Pneumonia is mean.. 5 days and counting

- August 24, 2018
After 4, almost 5, solid couch days... 4 solid days of coughing.. or as I now call it 'intense ab work'.. I am ready to return to life. The antibiotics are kicking in, I am slowly coughing less and able to get quality-ish sleep. Life is starting to look up. I am still exhausted and cough as though I have smoked half my life (I don't smoke)... but, its still looking up. I really miss my bike... she's getting SO dusty in the garage... something about pneumonia and riding don't mesh well. 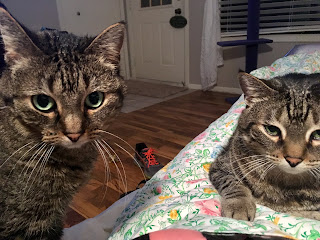 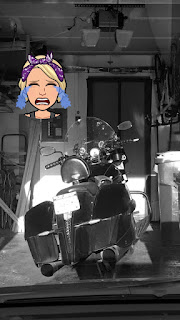 Air forced into the lungs when the lungs cant handle what they already have... that equals pain. I have missed out on riding. Missed out on shenanigans. Missed out on my last night of bags on 2 different leagues... sad sad sad. I am tired of bonding with the psycho cats. They are fine and all... but I hate cat hair. And Fidel, the fat one, hurts when he decides to walk on top of me to get closer to my face to snuggle... aka rests his big bodanky-donk on my chest. I caved and started watching Orange is the New Black. Here is my relationship with TV in general: ____________    I don't have one. I rarely watch TV.. I literally bought my tv because it was awkward to sit on my couch and face a big open wall with nothing on it. No joke. If you look closely, there is still plastic on the thing 4 years later. I have heard all about OITHB. I like prison/criminal type stuff, so I didn't even want to watch it because I didn't want to get hooked. I don't do sitting still well. 3 episodes in, I was kind of happy that I wasn't hooked yet. I mean, its ok, but nothing I need to watch. 4 days later... and 14 episodes in... crap. Now I like the show and want to know what happens next. And I CAN... because there are 4 or 5 seasons of this junk readily available to me at the click of a button. Uff da. In between my new found semi-addiction, I also watched some oldies but goodies... Monty Python and the Holy Grail (hilariously and mindlessly stupid), 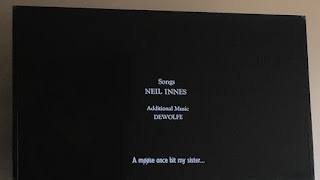 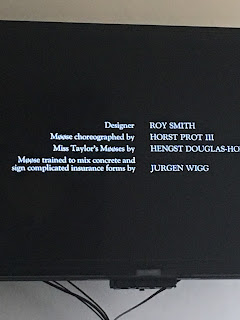 Airplane! (more of the same), Bridesmaids (me and my friends in real life as portrayed by actresses) and some random true crime shows. I begin to wonder how long it takes a person to develop bed sores. Like, after 4.5 days of laying around, should i be concerned?! My mind has had enough laying around. My body doesn't quite agree yet. I have mostly slept on the couch because the second I lay completely horizontal, my lungs wake up and shout out chorus after chorus to the world in a deep, dark, ominous sounding bark. If I can remain somewhat upright, the lungs don't sing as much. And my abs are literally turning into an 18 pack, so I don't need to cough that hard anymore!!!  I cant remember the last time I sat around this much or the last time I watched this much anything on tv.  To think that some people chose to do this every day of their life bewilders me. Sitting still is just not my gig. I also discovered snap chat... that stuff is highly entertaining during desperate, bored times! 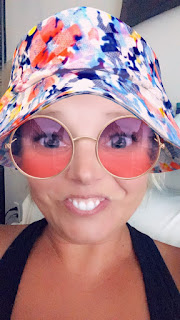 So when slowly, I return to normal things, like laundry, without wheezing to death.. I get a little excited. I am being super careful not to push the envelope, as they say. I realize the seriousness of pneumonia and sure the heck don't want to go backwards and get sick all over again. This has been absolutely miserable. I have missed 3 days of work. I rarely miss work because of illness.... not of fan. I think I have literally slept more in the last week than I have in 3 months combined. Which yes, I realize may be part of the illness problem.... I will work on that.

But its also humbling to have such amazing friends. I mean, I feel like I have been down for the count for a month.. but in reality, its been 5 days. And in that 5 days, I have had friends offer to bring me food, go to the store for me, pick up my drugs.. I have received care packages, check in texts, and even had flowers delivered. 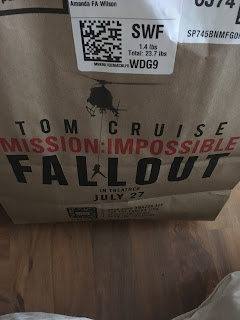 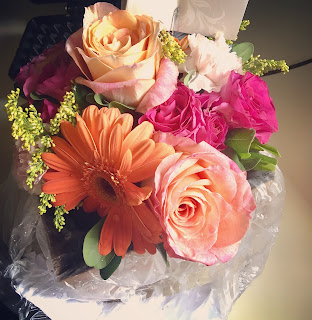 I feel so fortunate to have that many people who care that I am sick - and only for 5 days!! But those that know me, know that I never have my bike parked for more than a day in the summer, I never watch TV, and I rarely sit still, let alone stay home for days in a row. Its just not me. I like to be on the go! But its great to know that things like the garage door being shut for too many hours in the summer days sets off an internal alert to the point my roomie checked on me when she opened the door and saw my bike sitting there. In the summer. In the middle of the day. She said this is when she knew something was seriously wrong.  LOL. Here is to hoping I am on the mend and the end (health!) is near!!

A literal cat fight. In my face. 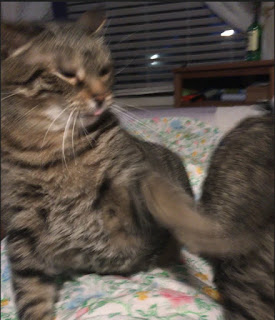