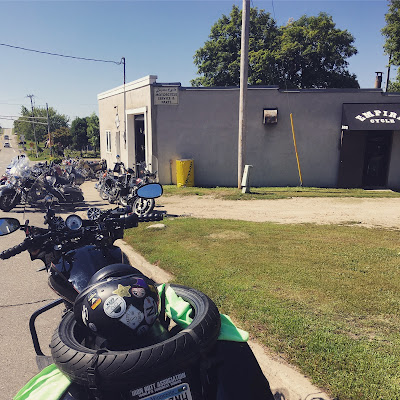 I needed a new front tire - which I had one 'laying around' from when I won the mileage competition at SSB last fall. I strapped the tire to the back of my bike and headed off to Empire Cycle to have them change it out. Eric got it up on the lift and called me into the back to look at the rear tire - turns out, the rear tire was in way worse shape than the front! So, two new tires it is. $$$$ 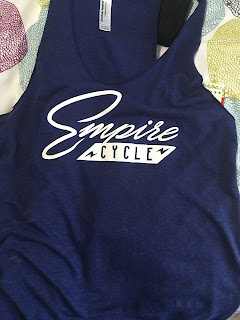 I love Empire - I trust them with my bike and love the peeps that work there. I was bs'ing with Jen and noticed that Empire has new tanks - dang. $$ I 'have' to support local businesses, right?! After two new tires were put on, my bill was far more than I expected it to be when I first rolled up to the shop... but, not much can be done when she needed tires! 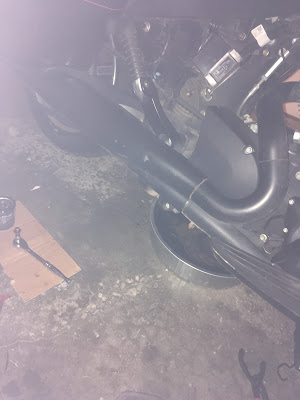 Later in the night, I did her oil change - its only at 4k, but it was crazy HOT for all 4k of those miles, not to mention the elevation and speeds. Sure enough, the oil was pretty darn dirty!

Since I was in work mode, I decided to clean the air filter. This is the ONE fault I have with my bike... who puts an air filter UNDER the gas tank? Yep, so there I went.. taking off the seat, then unhooking the fuel lines, the ground, and all that jazz, until I could remove the gas tank and slide the air filter out. 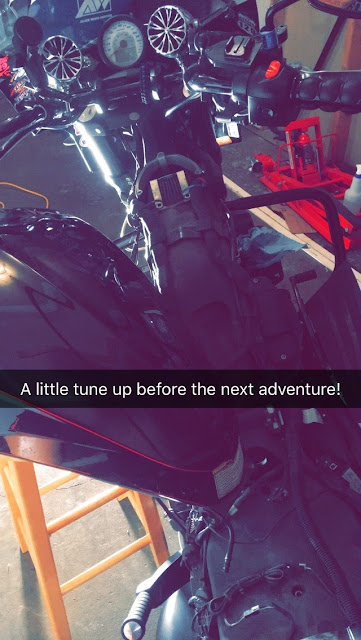 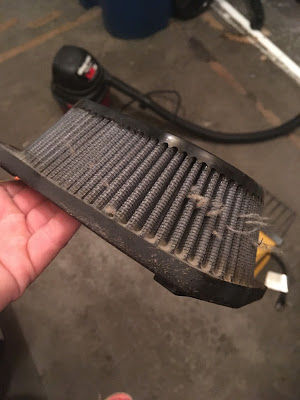 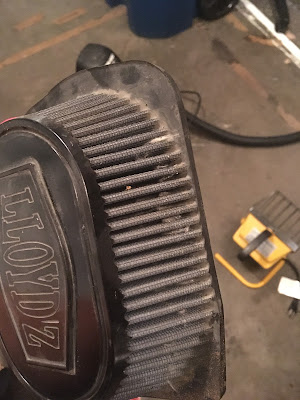 Yep... the air filter is def in need of a bath!!! Gravel roads, dust, and pollen-y trees were all up in the filter. It's now 11pm and I dig out the air compressor. Being respectful to my neighbors, I pull the air compressor into the house and fire it up to blow the junk out of the air filter from the inside.. 'the junk' was flying all over the place, but I will worry about cleanup later! Once I got the major debris out of the air filter I gave it a 'hot bath' and let it dry completely.. Ahhhh.. much happier bike!!!  And she is ready for the next adventure coming up in 3....2..... 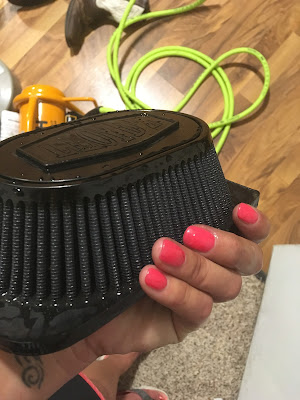 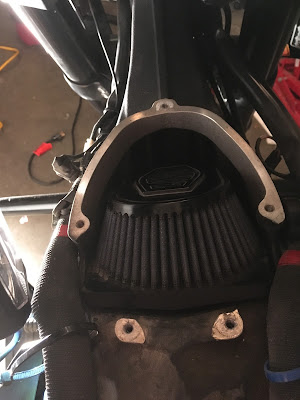 Another fun sight of the week:  I rode Suzi (my old bike) to work knowing I desperately needed new tires on the Victory. Midway through the day, one of my best friends came by to say she got the dream job she wanted and applied for!!!! This calls for a celebration!!!! So after work, I head to MGM Liquor and without thinking, picked up a couple of goods for celebrating... and then I walked outside. SHOOT!!!!! I didn't even think about the fact that I have zero saddle bags on Suzi (they flew off on the freeway last year...). I have a net.. I will have to make it work. Which I did, with a little help from the cashier who was super sweet and came out to give me a 6 place padded bag so the bottles wouldn't break.
What is a celebration without balloons? Off I go to the store for balloons and a card. 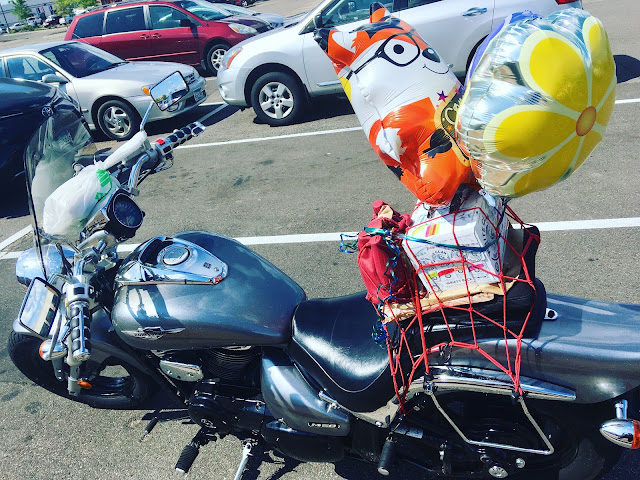 I figured if I was able to MacGuyver the alcohol on the bike, I can figure out balloons! I get the three balloons and carefully tie them onto Suzi and head for home, which was not overly far. I had at least 5 people take my picture in the span of under 10 miles. I suppose.. a seemingly little bike stacked with alcohol and balloons bringing up the rear is probably quite the scene! I was just proud that I made it all work!!!!!  #Determination