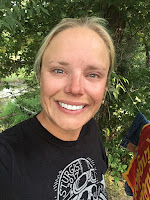 Sturgis is an annual event that I always super look forward to. Over the many years I have been coming here, I have met a ton of amazing people and some amazing close friends... its like a mini reunion with motorcycles, fun riding, music, and the best people watching ever. What more does a person need? Woke up this morning after a mere 3.5 hours of sleep to my leg throbbing.. the goose egg from last nights shenanigans is pretty solid and will be a lasting memory for some time! That is what we get for slithering through a barb wire fence,  crawling under another fence and over a culvert. The way to the party camp was fine - no injuries. The way home, however, was far less than graceful. Allergies are also kicking my butt - first time ever that its been an issue during bike week - but judging by the lack of allergy meds remaining on the store shelves, I am not alone! 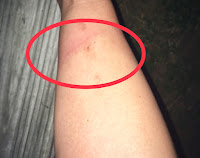 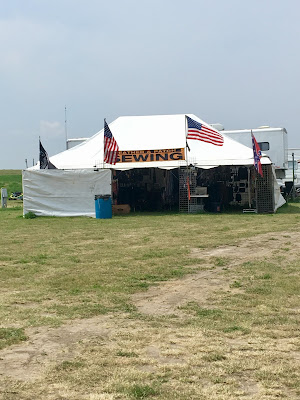 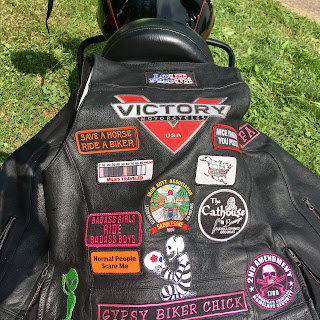 After 'sleeping in' until 7:30/8a we had breakfast at the campground fine diner and then headed out by Full Throttle to a campground where an awesome sewing gal sets up shop for bike week. She does a great job sewing the patches on and is dirt cheap - we figured if we hit her up right away it might be early enough in the rally that she wouldn't be super swamped, and we were right. Three of us had patches sewn on - I have 5 and it was super fast and super cheap. And now my vest looks even more   awesome! 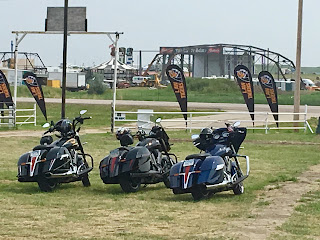 Cool shot of our bikes with Full throttle in the background while we got our patches sewn on.

From there we headed to ride Vonocker Canyon - from Sturgis to Nemo, SD. Vonocker Canyon is one of my fave rides in the Black Hills - sweeping fun corners, fresh pavement, and not a ton of traffic. We were in luck as there was NO ONE in front of us! I slyly turned to the girls and gave them a thumbs up in excitement and then we were off! 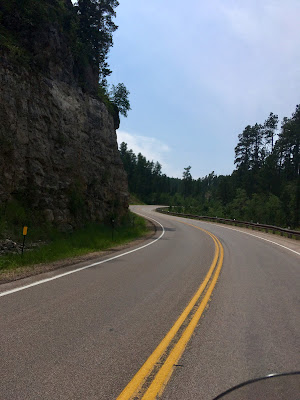 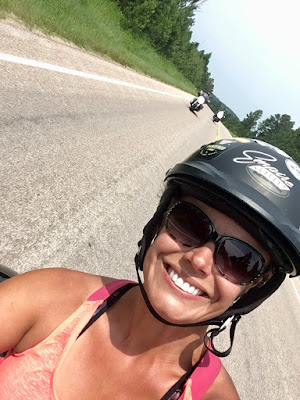 Corner after corner after corner - it was epic and ALL OURS!! Vonocker Canyon has amazing views too - and leads into Nemo. Nemo Road is another blasty of a road, with lots of curves that are tighter but just as fun.

We stopped at a little middle-of-nowhere bar called Big Mama's. It is literally in the middle of a field - you turn from the roadway onto gravel which leads to a grass pasture that you park in.  We came barreling into the area and hit the grass which was quite a bumpy ride and once we parked, we turned to look at the bar area and every single human in there was staring at us. I don't know if it was our epic fast entrance or the fact that we are three girls on bikes. We ordered some chow and hung out with some locals. We got to meet Big Mama herself - she has quite the setup! We also met an 86 or 89 year old man who RODE into the bar parking lot on his bike and then could barely walk to the picnic tables just up the incline from the parking lot. Shelly offered her seat and he was so happy you'd think she offered him a million dollars. He had lots of stories to share and lots of miles under his belt. As we were eating a big group of bikes pulled in and after chatting with them - we realized nearly the entire place was filled with people from MN. Some fun bikers for sure. 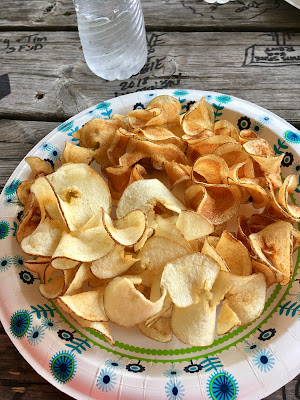 From there we headed to Deadwood and made a stop at Shopko and then over to the local DIY carwash to spray the nasty bug coating off the bikes so we could see out the windshields and not stick to everything we touched. 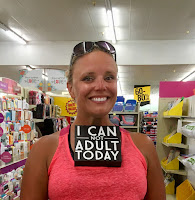 Dorkin around at Shopko

Then, back to home base. 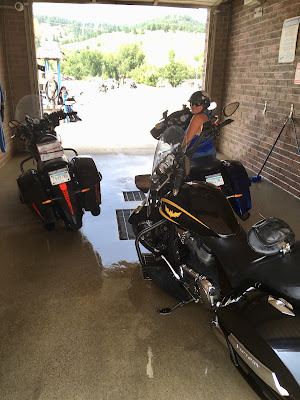 From the time we left camp in the morning to the time we returned in the early evening, I think the population doubled! Bikes and tents as far as you can see. The constant purrrrrrrrr of pipes surrounding us. At the campground next door there's always some fool doing burnouts and throwing $400 out the window by doing so. The later the evening gets, the louder it gets and the crazier the conversations and crazier the people. People watching is top notch at Sturgis, every year! 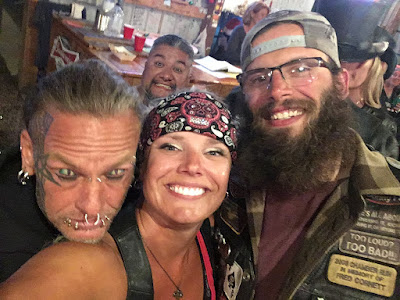 I once met Cody Jinks - and his band mate has tattoos covering his face and nck - so naturally I took a pic with the band and sent it to my parents saying I 'met a great guy'... and left it at that, just waiting for the commentary. So when I saw this guy - well.... I had to take a selfie and sent it to the parents! 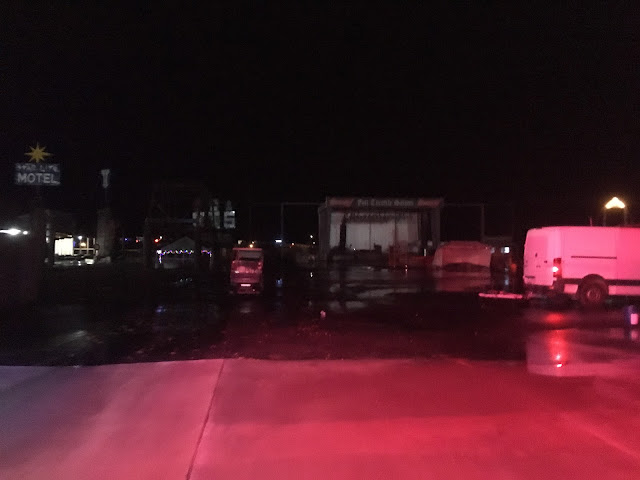 After Full Throttle and the Drag Pipe were closing up shop, we managed to find our way to an after bar party ...  Cheers to Sturgis!