Down with the Sickness.... as they say

- August 26, 2018
The day prior I started out the day wheezing ~ there was some sort of air pollution warning in effect due to fires in Canada. This was very evident as the air was thick and hazy grey.

A few days ago I developed a little cough and my whole body ached. I attributed this to an abrupt ending to a medication in which you are NOT supposed to quit cold turkey, but due to my lovely health insurance 'upping the copay' to $10,200.00 for 3 months, well, I quit cold turkey. Bad idea. Every side effect in the book was allllll mine! Shakes, sweating, dizzy, headache, body aches.... the works. It was awful. I found a half-ass solution while I battle out my health insurance - at least it will take away the heroin-like withdrawals I was having. By Friday I was feelin better, not great, but better. Thankful as Saturday me and the bestie were going to ride up to Leech Lake and cancel a hotel reservation we have - I mean, we could do it via phone... but why? When we can ride and enjoy a summer day with a random destination. She didn't question the idea one bit - this is just how we roll! 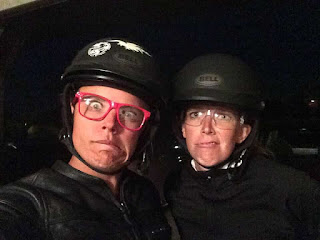 Besties for over half our life... and we both have ADD. To say we are random in our adventures, is an understatement!  So we hit the road and make it 'all the way' to St. Cloud when I pull into the Holiday gas station for fluids and a rest. I ended up laying on the sidewalk outside the Holiday for a solid 30 minutes pondering if I could make it all the way to Leech Lake... a mere 2 hours away. This should be someone's first sign that I am near death. If I so much as wince at the idea of riding 2 hours - there is something very wrong with me. That is peanuts. But there I was, laying flat on my back on the sidewalk like a classy biker, at the gas station.. wheezing and debating. It hurt to breathe. I cant take a full breath. I am coughing. The air quality issue is coming from Canada, meaning.. we are riding closer and closer to it. I went back and forth... I really WANTED to keep going. But somewhere in me, I had a little squeak of common sense and listened to my body.... sitting upright, standing, getting back on the bike... and with shoulders slumped and sadness abound on my face... we turned around towards home. I felt so pathetic. I literally rode 1 hour to this point and I am turning around?! WTH is wrong with me?? My bike is barely warmed up!!! Part of me wanted to suck it up and turn back around - screw it. But... there was some part of me that being a responsible adult and knew that going home was the right decision. So off to home I go... I was exhausted. Not from the bitty ride of 105 miles round trip.. but air hurt. Literally. I fell asleep around 3pm... and woke up around 10pm.. coughing my brains out and miserable. The more I tried to lay flat and sleep, the more my body interjected - if I laid flat, I would cough uncontrollably. Like not just a cough. The deep cough.. the kind that rumbles from deep within my lungs.. the kind that is so dry it hurts every part of my body when I cough. And I dread each time it happens. SO I try to hold it in. But that makes it worse. 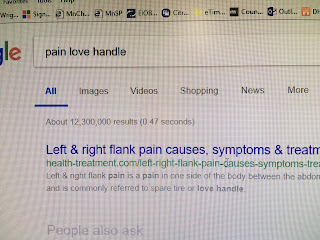 Fast forward a few hours and every cough was no producing a SERIOUS sharp pain in my lower left flank area. Yep, I googled that because I didn't know what to call it aside from 'the good ol left love handle area'. which didn't seem super professional when I went to describe it to the doctor. 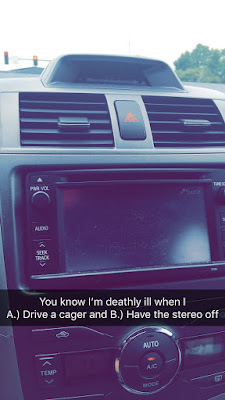 There was a knife deeply impaled in my left flank... and with every cough, no matter how sizable, I would literally drop to the ground in pain. Drop to the ground in such pain that if my health insurance was decent enough, I would have went to the ER in the middle of the night. And so severe that if I still had an appendix, I would have thought it was about to burst (aside from the fact the pain was on the wrong side). I waited until morning and scheduled a doctor appt. I hate going to the doctor... I feel like I am going to walk out with 100x worse illness than when I walked in even though I use every single hand sanitizer machine I see. That and I hate to complain and bother people with my pain. But this was deserving of medical attention. I was now coughing so hard that I thought I was going to puke half the time. It hurt incredible amounts. Just driving my car (EW) hurt along the way - anything that used any muscle connected to my left love handle hurt. Mind you, I live in an area that has literally 300 physicians within 5 mile radius. But.... I instead drive 24 miles to the clinic I have gone to for years (all of once or twice a year I go)... because well, I am sick and I don't want to chit chat about who I am. I just want drugs and a fix. 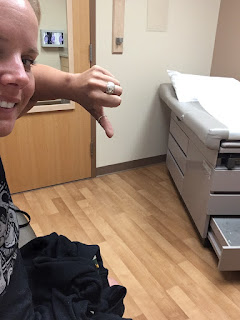 So I waddle into the doctor office, not touching anything along the way and trying to not breath too deeply... HA! Just kidding.. I didn't even have to try. I couldn't breath deep. The doc walks in and asked what's up and the second i used my words she said 'Oh my!". I love my doc. She's wee-big, always wears stiletto heels, has a crazy messy pony tail thing going on with her hair, and has an adorable accent. And she takes the time to listen, which is really why I heart her. I was going to try really hard to use my new fancy medical word I learned on google... 'flank' pain. But, in the moment, my fancy medical learnings flew out the window and I grabbed my love handle as I coughed and went into fetal position from the pain. She immediately set me up with chest x-rays. Great. That cannot be good! I hobble out with a script for sleeping drugs and an order for chest xrays upstairs. I get to the xray gal and she asks if I am wearing any metal on or near my chest. (sorry guys) Thankfully I was lazy and put on a sports bra..no wires means no effort for the xrays... because lifting my arms hurt and well, no one wants to wear a real bra when they are sick. Anyways - after the xrays I was sent home to rest. Blah. I just want to stop coughing long enough to replenish my tears. I fill the script and the doc said she would call once the results are in, as she suspects that I have pneumonia. WTH. Its summer! Who gets this sick in the summer? I get home, settle in on the couch, which rarely gets used..pop drugs and try to sleep. Unsuccessfully. In all this laying around stuff, the two psycho cats I inherited with my house are sure enjoying themselves. 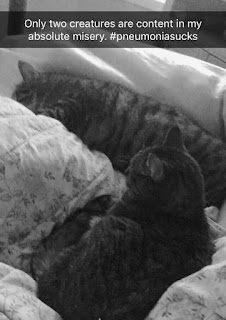 I hate cat hair. I keep the couch covered... a) because I rarely use it and it would be covered in dust - lol and b) I hate cat hair. I don't just keep it covered.. I use that clear plastic floor runner stuff they use on stairways to keep the carpet half together... only I put it upside down.. so the little pricky things are upright. Hence, no cat hair on the couch. Most of the time anyways. But I digress. As my sickness sinks into day 3.... I survived the doctors office and learn later that I do indeed have pneumonia. Something fancy like "Lower left lobe pneumonia'. Aha.. love handle pneumonia. Who knew the lung dropped down so far in the body?! I get another script and get a ride to the pharmacy to fetch it.

I return to said unused couch and cozy up for the night. This is seemingly my life for a few more days. Boo. Cough. 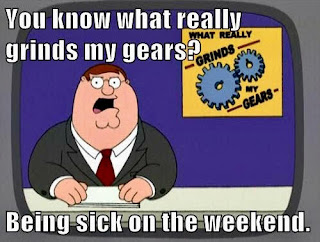