- July 23, 2018
As usual I waited until the last minute to pack the bike for a 10 day trip... meaning I got a solid 2.5 hours of sleep and was up by 5am and at the gas station to start my iron butt day bright and early. Vacation always energizes me, thankfully, today was no different. We headed out @ 6:40a with our first stop in Clear Lake IA. A year or two ago, Shelly and I were headed south and stopped at the Kum and Go there - it was sooo cold out, we were putting on rain gear for warmth. But because we were frozen, the struggle to get rain gear on was a big one - and when Shelly's pant leg wouldn't cooperate, we got some assistance from one of the store managers. We thanked him graciously and went on our way. Fast FWD a couple weeks and we were headed south yet again, so we stopped at the same gas station. 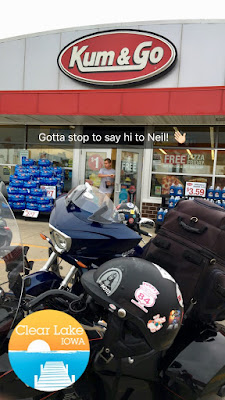 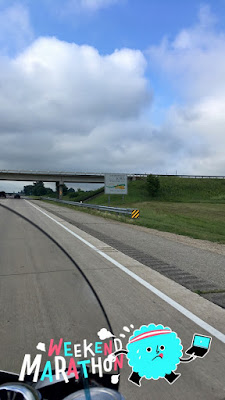 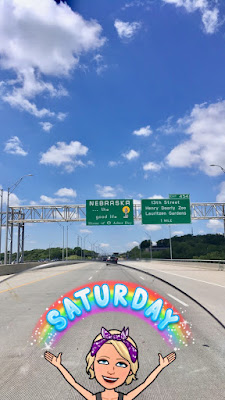 Wouldn't you know, the same helpful manager was there. Since that time, we have graced Neil with our presence many a times. So much so, that we walked in today and he smiled, said hi, and asked where we were headed to this time, 'because last time I saw you, you were headed East...' So while we were doing an Iron Butt, we still had to get gas and had to stop and say Hello to our gas station friend Neil. We chatted a bit, hydrated, and were on our way. We cruised down 35 into Iowa.. then to I-80 into Nebraska. One of my least fave states to drive through. 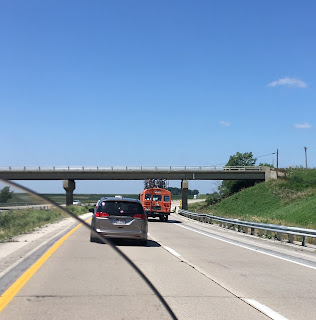 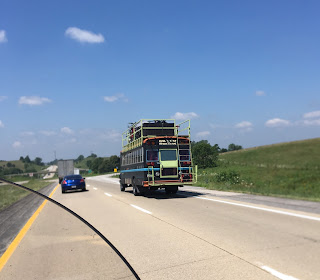 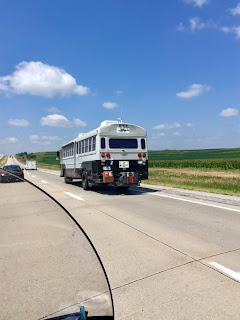 The traffic was INSANE today for some reason - tons of party busses with bicycles stacked deep on top, lots of semis, and lots of slow drivers.

We made our way near the CO border and up ahead were clouds and stormy looking skies. Deja Vu. 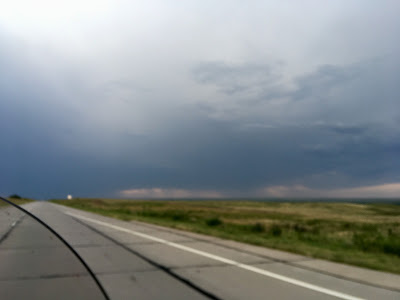 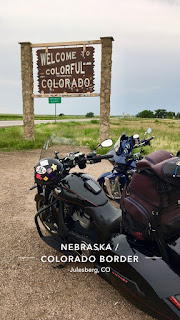 We stopped at the CO Welcome sign for photos and to gear up for rain + nighttime. Quick peek at the radar and i predicated that if we HAMMER the gas, we could make it through one little cell but avoid the GINORMOUS cell behind that. So, at 90mph down I-76, we were on a mission to play another round of (storm) dodgeball. 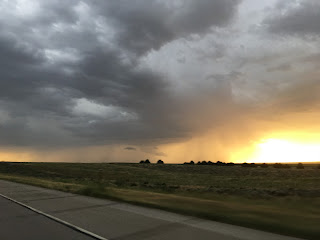 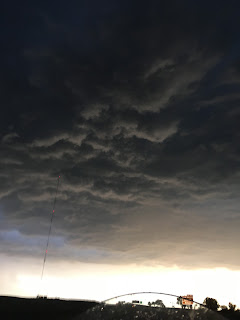 A few drops and we managed to sneak through/around it all. IDK how.. the rain was in sheets everywhere around us, the sky was a dark black/purple, and the winds were fierce. LUCK was on our side! Bad weather was (literally) behind us! As we barrelled down the freeway missing the worst of it, I was greeted with an 84,000 mile turnover and amazingly gorgeous sunset views! 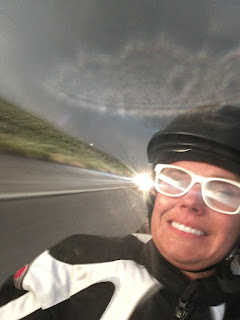 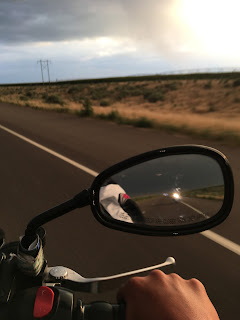 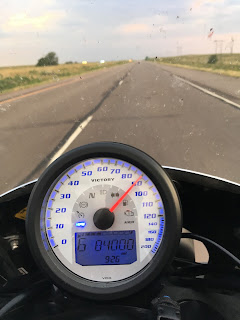 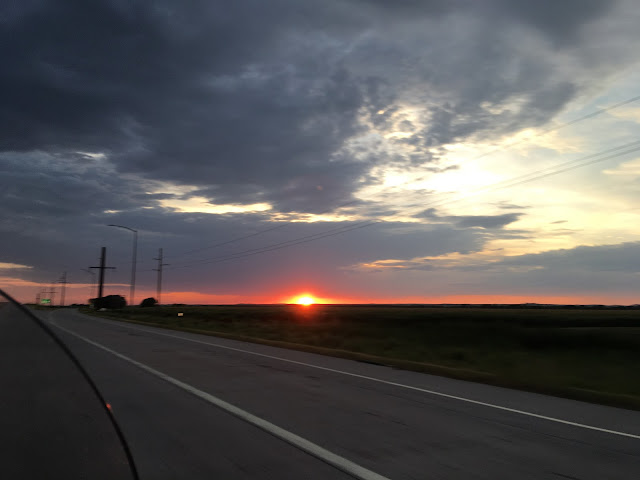 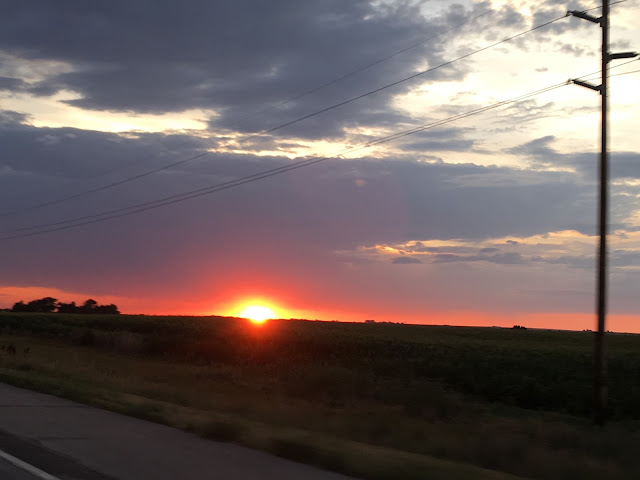 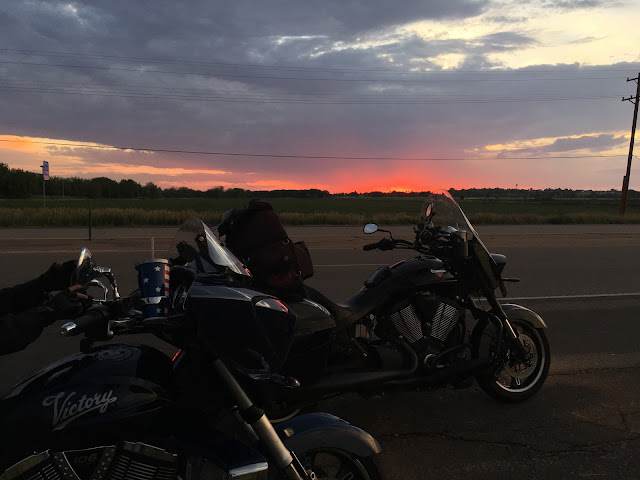 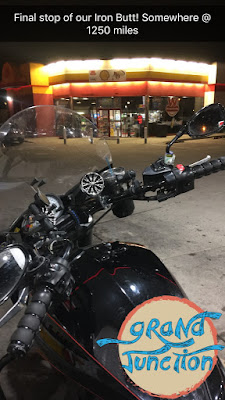 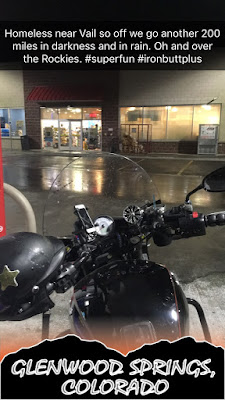 We continued on through Denver, gearing up as it was now COLD riding at 12am over the pass. WE stopped in in Vail - we had officially hit 1,015 miles and are seriously needing rest. We spent/wasted an hour there trying to find any available lodging in a 50 mile radius for under $150... HA! Not happening. The nearest match to our lodging search was in Grand Junction, Almost 200 miles away. We are tired, we are cold, we want off these bikes. But instead, we got more rain, borderline frostbite and a hotel room far, far away! When we finally arrived in Grand Junction, we stopped at the last gas station for our final receipt, staggered back to the bikes for one last mile - to the hotel. Our eyes were on fire, our brains toast, and our bodies ready for bed.. But, we made it 1,192 in under 24 hours... good enough for another Iron Butt certificate!!! 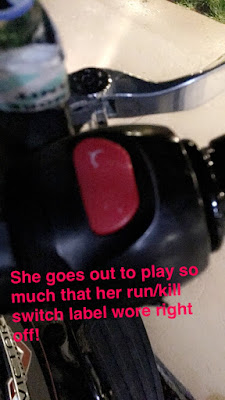