- July 21, 2017
You may wonder why I didnt mention the details of last nights decisions. Well, here goes.
We stopped in Champaign IL to switch into clears at a parking lot of a flooring place which was closed for the day. It was an empty parking lot. Until we rolled in. And then a black Mercedes car pulls straight into the driveway of the lot, and instead of turning to the left, where all the parking spots were located, she parked in the middle of the drive area, facing the back fence of the joint and did not move her head once, from side to side. That was weird. She just stared straight ahead while her foot remained on the brake pedal. Its like she didnt see us and didnt know what to do because there was a fence in her way. She sat in that position, with her car in D and her foot on the brake for a solid minute. I put my sunglasses back on to scope it out while Stiffy geared up. Turns out, "taking watch" will quickly become this trips theme. while the gal was acting really odd not moving her head or looking around, I couldn't help but wonderL Wassomeone in the car holding her against her will and telling her not to move? Was she waiting to pick someone up? Was she a dealer? Was she scared? Why wasn't s she moving her head, and not moving out of the middle of the roadway to the parking lot and why wouldn't she put the car in park? But I digress. I look once more at her, getting a clear pic in my head in case I needed it later... and then turned to my right to the gas station across the 4 lane street. That's when I realized we were in a hella shady neighborhood. There were two cadillac pimp rides  with crazy black tint, custom wheels, and sound effects bumping out of them; one big ass souped up suburban of sorts, and a whole lot of folks who looked like they all wanted to claim their own turf at the gas pumps. Combine that with the girl who is still sitting in her car, looking straight ahead at a fence, while in the middle of a driveway to a parking lot, with her foot on the brake.... and we scooted the hell out quickly! As if on cue, she pulled away from the lot (with a look of 'surprise' on her face as she slowly crept her car to the left to turn around. She briefly made eye contact and then borderline peels out of the lot.  just then a cop drives by and does a double take at us. Super attentive girls, nice work on not getting killed just then. in Champaign IL.


Its quickly getting dark out, and now instead of farm fields, there are woods on the sides of the freeways. The air is still hot and sticky. we feel disgusting, but yet, have energy to go just a little farther. It gets pitch black, the roads are still in horrid shape with holes half the size of Texas everywhere, so we see a sign that had 6 hotels listed and decide that's a good exit to call it quits. Danville, IL. Go ahead, google it. We should have.

We passed all of the hotels, cruised 3 miles down a dark roadway to a 4 way stop that was barely visible due to zero lighting around. And pulled into a little gas station there in the dark corners of Danville. To be honest, I made the statement that it felt safer than the last place. As vans and trucks slowly creep out of the parking lot while craning their heads towrrds us. We just wanted to look up some hotel options. Found a couple of options, then naturally researched local pubs  and made a decision to sleep farther away from the pubs, but far cheaper. Its a Red Roof Inn and it shares a parking lot with another hotel. Very well lit parking lots. I might add. Park the bikes, get checked in, then go out to unload. As I was taking my pack off the bike (I really wante to leave it on, but there was a lot of camping gear in there and I thought I better be safe than sorry. wise nove.) As I am unloading, a guy in the 2nd floor window shuts his light off and keeps peering out at us. As though we cant see him anymore. There were a few people milling about and looking around, but nothing suspicious, or seemingly suspicious. A guy comes up to the truck parked next to me and gets in. Rolls down the driver window, which was facing me, and just sits in there and looks around at the world. It takes me a solid 10 mins to start the unload process He is still sitting there. Like 2 feet from me. So I asked him if he was here for work. He said yes, 'unfortunately'. Then he said that we made the 'right decision' by staying here, versus anywhere 'farther in'. I laughed, not having a clue what he was talking about and honestly not caring. I was tired. So then he says "Good thinkin, taking everything off the bikes that wasn't 'mounted on'. I ask why.... and he said 'everyone here in this lot has has had shit stolen - toools, gear, clothing, etc.'. He said something to the fact of "If its not bolted, its gone". I cant recall the exact phrase. Well, that peaked my interest. We carried on small talk and he said 'this is prob the best part of town you could stay in. Easy access to freeway out.' WTH. Now I am wondering. He goes on to say that he is sitting in his truck as part of his '2nd shift watch of the day'. As in, all of the guys from his company take turns sitting in the parking lot watching over their trucks and equipment all night long. Comforting.  SThen he said the town is 'terrible'. I ask why (STUPID) and he said there have been 4 people shot in this town in the 6 weeks he has worked here. He then added "Shot dead". Yikes. was this guy for real or just Effin with us?  After locking up the bikes to make our first load up stairs, i google the town name and crime "Danville IL and crime". Shit. We should've done that BEFORE boooking a room. While we thought about leaving a few tings on the bikes overnight, we changed our minds in a hurry. I put my trusty security in my waistband and we.
we quickly ran back downstairs to empty the bikes, and relocate them to the front door of the hotel. Stiffy told the guy int he truck that we were moving the bikes based on his info and he said "Prob a good idea". Now we are wondering what we will walk out to int he AM. If anything. We secure the bikes, the gear, and put our disc locks on. In the spot directly out the front door of the hotel. And directly under the street light. We wondered if we would ever see our bikes again. Crossed our fingers. and headed upstairs. The first load we hauled was crazy heavy and huge bags and the guy asked if we needed help. Nope. We hoped folks watching us would think we were 'even scarier' or tougher by lugging it in ourselves. Ok, that's not WHY we didnt want help, but....
We get to the room on the 2nd floor, double lock the door and scope everything out. This is when i pulled the sheets back on bed #1 to find half of Chubakkah's hair in the bed. EW. No we are laughing in panic slash ooh shit slash... reallly??  After the Austin Trip, i am surprised she wants to folllow me anywhere, but now..... she may change her mind!!!
I proceed to google about this town we were hostages in for the night. Not good. We skip the whole bar idea and decide to stay up in the room. Safety.  Because here is what google had to say, before even looking real hard for info: 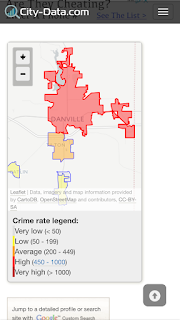 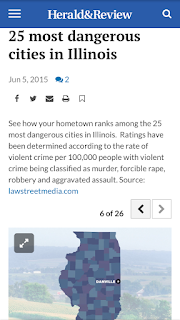