After falling asleep around 2 o'clock in the morning between thumper upstairs in a dog barking next-door and the light outside of our window flicking on and off constantly as well as wondering if our bikes are gonna be there in the morning we overall, slept fairly well. Woke up and it had just finished raining. Went outside and were pleasantly surprised that the motorcycles are still there, tires and all! It was only then that we noticed the signage in the parking lot that would've said it all had we seen it last night! And the fact that we parked next to a glass repair guy was ironic. 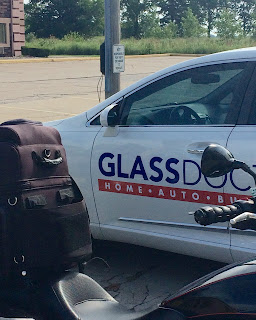 So last night as we were checking in and then unloading the bikes, there was a guy who came out and and sat in his truck with the window down. It took a couple of loads to get our bikes cleared out and the guy was still sitting there. I asked if he was there for work and he said yes, that he was currently on his 'second shift'. I asked where... and he said right there in that parking lot. The guys are in town for 6 weeks to work and take shifts sitting in the lot because 'all our tools got stolen the first three days we were here'. GREAT. Glad we decided to emtpy the bikes. He also commented that we 'picked the good area of town, considering." Me, "Considering what?" Well, he said, "There's been four shootings, 3 murders since I arrived in this town 4 weeks ago...." HOLY SHIT.  Sure enough, the night prior I googled the town name.. and *gulp* 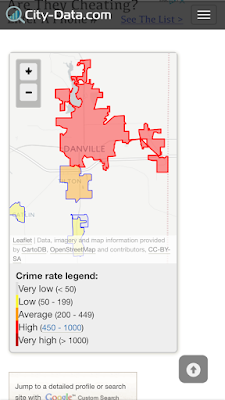 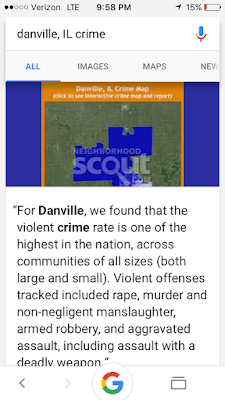 Our odds for survival tonight were not feeling so good. Luckily we had a second floor room. And we slept with a loaded G42 next to the bed(s). Good grief, we sure know how to pick em!!!

We survived the night.. to load the bikes and realizeIt's a very small world, as we were loading the bikes there was a guy in a twins shirt walking outside to which Stiffy said hey how are you! Turns out they were swarm season ticket holder's with seats next to one another  for 4+ years. 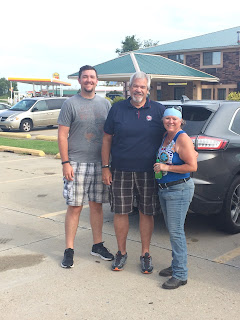 Of all the places in the world to see somebody that you know, Danville Illinois was not expected to be one of them. Turns out he works with law enforment folks and knew the crime situation of the town BEFORE checking in.... we were embarrassed to report by the time we looked, it was too late.

By the time we got done strapping the luggage onto the bikes, we were soaking wet with sweat due to humidity. Work out for the day✔️  I try to take pictures of every state sign that we pass, and wouldn't you know the second we got onto the freeway from our kill zone motel, there went Indiana. Onwards we rolled, through boring Indiana, into somewhat good scenery in Kentucky,  sweltering  heat and even higher humidity in southern KY, and then TN. 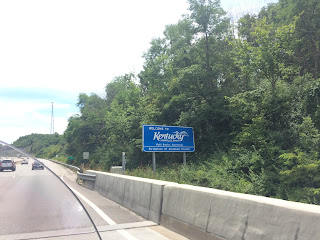 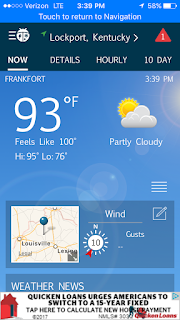 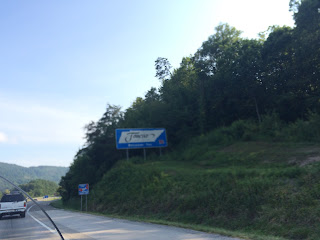 KY and TN alone, made the boring day yesterday, long forgotten. It was heat index of 104
and the air felt like pea soup rubbing all up on our skin. Swass (sweaty ass) was in full force before 9:30am. And it was constant theme of the day! If we had a dollar for every ghetto ass gas station I picked to stop at so far on this trip, I'd have like 4 free tanks of gas by now.  And wouldn't you know the second to last of the ghetto stops of the day, is where they a.) had NO snickers ice cream bars, b.) wanted to CHARGE me for a half glass of ice and c.) received an in kind donation from me. A quite large one if they wanted it. In the form of my debit/credit bank card. I can envision it laying neatly next to the gas pump waiting for someone to borrow it. It was almost 2 hours later that I realized it- and when I called the bank at 8pm, a HUMAN actually answered and the issue was resolved (card has a hold on it til I call back). Wonder what, if anything, I purchased  with it?  Not a snickers ice cream bar, guaranteed. By the time we reached Southern KY, traffic was cruising right along. And by the time we hit Tennessee, speed limits were invalid. Traffic was going at least 20 over - and we,  not wanting to get run over 😬 kept right up. The roads got windier and windier 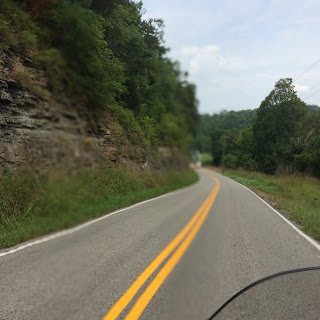 - curving side to side and up and down. It was the first 'cornering' we have done so far this trip and it felt good! We were READY to play on some corners. We hit Knoxville and thankfully missed all Friday rush hour traffic from Indy all the way to NC. We also missed our turn to head to the Cherahola Skyway and into our lil home town for the weekend. Which, at 7pm, after riding for over 11 hours in hot humid weather, does not make for happy enthusiastic riders. Fast FWD to 8:30, we were squeezing out the last of the daylight, when I see a sign that says 'welcome to Maryville'. I did a double take. We weren't supposed to be in that town as that is the top of the tail of the dragon road. And we didn't want to do tail of the dragon because a) we were exhausted from riding all day b) the bikes are fully loaded down, with everything from clothes to camp gear to Yuengling.

Yep! We made it to yuengling country 😍 but low and behold, there we were. At dusk. About to ride the tail of the dragon. In the dark. And stiffy had never been there before- I was hoping she wouldn't recognize the road as the Tail- nor recognize the huge ass HD store at the beginning in which some guy was taking a selfie in  front of a dragon along the road. 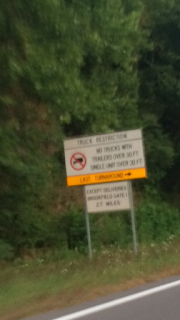 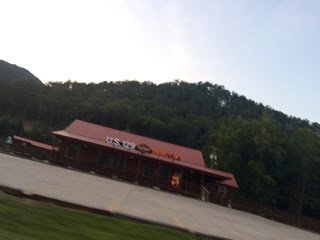 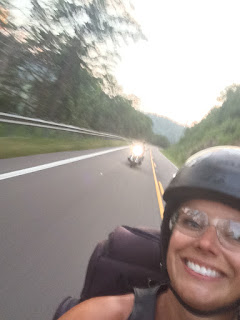 Turns out there was no hiding the fact that we're doing it and we didn't have much of a choice. Not only did the selfie guy give it away. So did the signage.

We are headed into the corners~ all 318 of them in 11 mikes. And so, we stopped atop the first lookout, took some great photos,
bs'd with an HD guy who had a rough day with his bike, and then headed into the darkness of trees and corners. 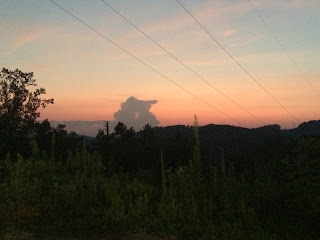 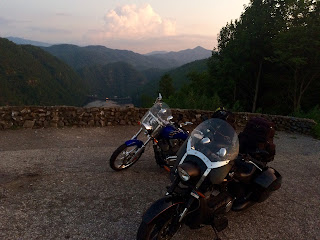 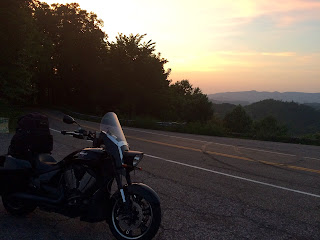 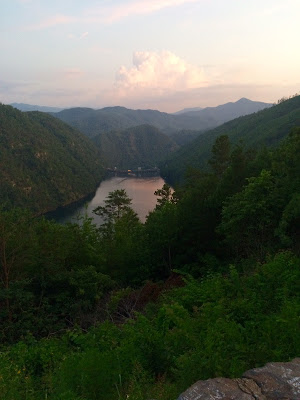 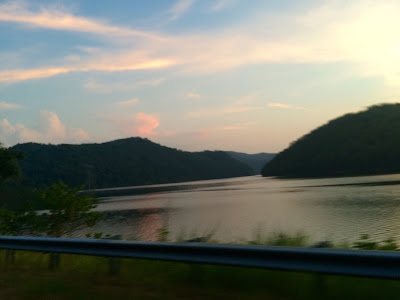 The fortunate part was that there was minimal traffic!! The NOT fortunate part was all of the above + the inability to see around corners when your headlight is facing forward but you are looking over your shoulder at where the road goes next. 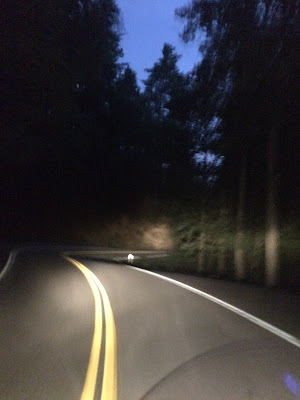 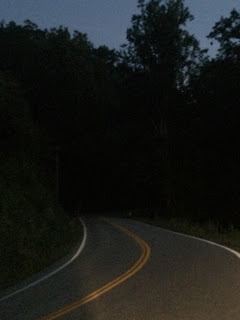 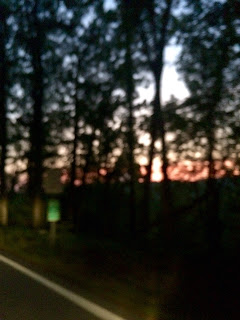 The reflectors on the lines of the road were honestly the saving grace.  By the time we twisted and rolled through 'the whip', 'rocket corner', 'guard rail cliff', 'brake or bust bend', 'carousel corner', 'the hump aka gravity cavity', 'the wall', and 'crud corner', it was pitch black and while we basically had the road to ourselves, it was definitely challenging to corner and try to see and look for wildlife, and not drive over the edge of the cliffs. 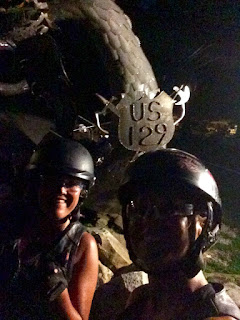 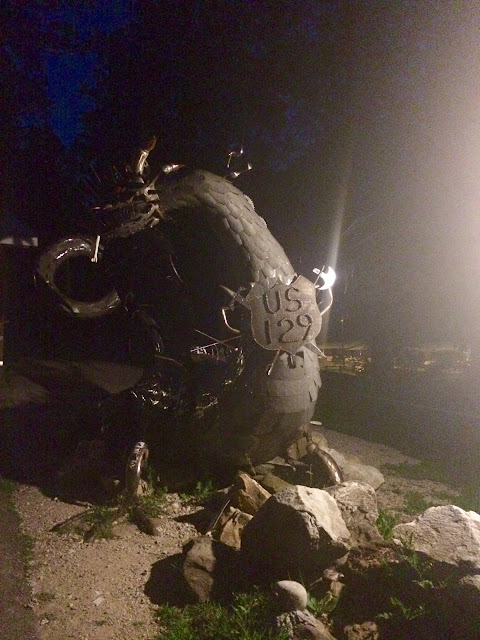 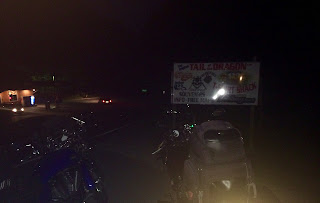 Wonder how many people can say they rode the Tail in the pitch black? And wonder if anyone else can say that as a virgin rider on the Tail??!! Stiffy is a trooper! This time I REALLY wonder if she will follow me on adventures anymore!!?? 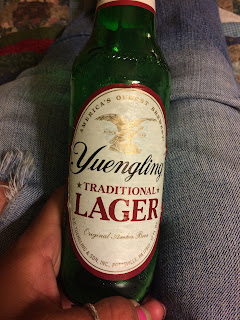 We made it to Our lil home sweet home for the couple of nights~ after stopping at McD's and strapping salads atop my luggage with a net. I 💗 this hotel- there's a garage stall with every room just for your bike(S)!

So we finally ate real food and could sit and rest our tired minds. Met and bs'd with the neighbors, had a couple of yuenglings, showered (heaven!!!), checked out our bruises and bumps, tan lines on our faces and hands, and are man down for the night. Big day of riding tomorrow!  1,246ish  miles since yesterday morning!