- June 15, 2020
Clutch Cable. Something I never really thought about beyond the fact taht everyone said "Be careful, it will break around 60k." So, to prepare I bought a Sav-UR-Ride clutch cable repair kit, threw it in my saddlebag and kept on riding. And then it finally happened.The clutch cable, having shifted gears millions of times over the course of 4 years and 124,765 miles, finally broke. Me and the bestie were riding in the middle of nowhere MN. It was when the CoVid had just started to hit MN - so a lot of things were shut down, but state parks were still open. Thinking no one would be out hiking, we headed towards a state park in southern MN. We saw all of 6 cars the entire way there, then, as we turned the corner for the final road before hitting the state park, the entire world awaited. Apparently everyone else had the exact same idea. The road TO the state park was back up quite a ways. As we sat in traffic, wasting the nice day away, watching car after car turn around and leave, we decided to follow suit. We made the tight U-turn and just kept riding. Why does that story matter, you might ask? Well, because you can't pick when your clutch cable will break. And had it broke at THAT moment of a u turn with all of those cars, I would've been horrified. And causing a fierce traffic backup!!  Instead, it broke a few miles down the road, on a straight stretch, with good visibility. I felt it snap. I shifted into 3rd and the clutch lever snapped back at me super aggressively, then nothing. The lever just started flapping aimlessly with the wind. No longer serving a purpose. My first instinct, pull in the clutch and shift to neutral and pull over. HAHAHAHAHA! Really hard to shift when there is no clutch cable attached to the shifter lever. I don't know how i can be such a quick thinker sometimes, and such a SLOW human other times, but I was happy for quick thinking that day. After instinctive pulling in the clutch to shift to neutral, I realized the dire situation I was soon to be in. I was in 3rd gear. There was no way to change that, no matter how fast or slow I was going. I knew that if I got to too slow of speed, the bike would choke and die. And I knew that would not be good, because that is generally how I tipped over my bikes when I was still learning how to ride. So instead, I pulled as close to the (lack of) shoulder as I could and prepared myself as I hit the brakes, fully knowing my odds of tipping over were going to be high. But at least it would be a controlled tip over, which now that I think of it, probably would've made it worse had the bike actually started to tip. Instinct would've led me to put my feet down. No good. Instead, somehow, I just hit the brakes. Hard. Really hard. With the clutch arm still serving no purpose, it was gripped tightly under my left hand, as if to will it to work. And the bike stopped. I don't know how, but it didn't tip over. I came to a stop and then I went to shift it into neutral and move it closer to the shoulder. Again, useless, because the bike was not going to shift no matter how hard i tried. I was beyond happy that I had a Sav-UR-Ride in my saddlebag. No idea how to do it, I read the instructions and then we started pulling up You Tube. 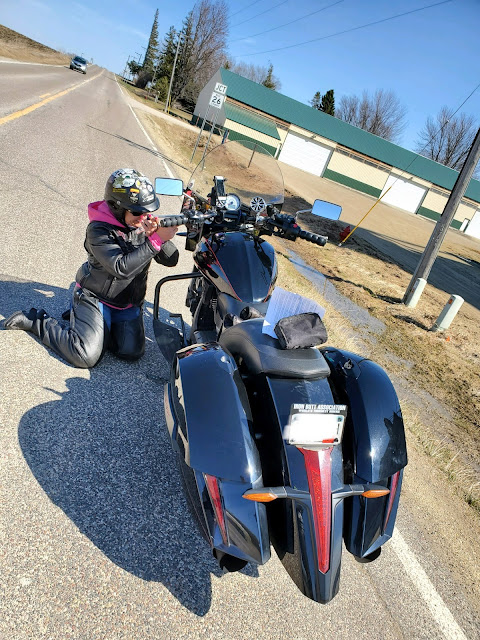 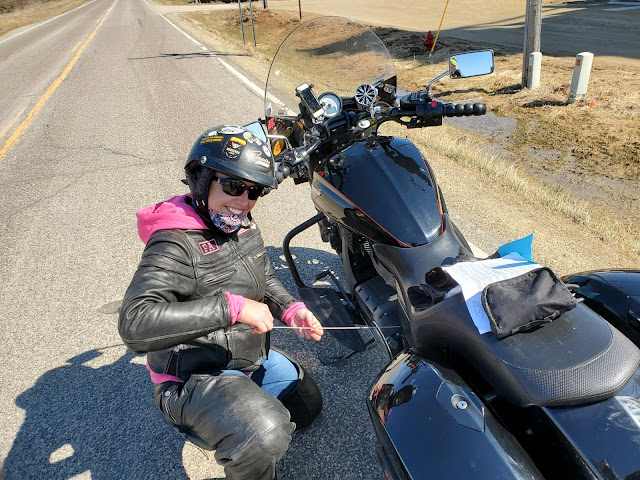 I pulled the busted clutch cable out of the bottom end and as most folks say, the cable was broken near the clutch lever.  Following directions,  I was getting the 10mm nut loose, just at that moment, a guy on a  wheeler pulled up and quickly took over.  I was happy about this - because the directions didn't look hard, there was just a LOT of words going on and I was on FIX IT mode. 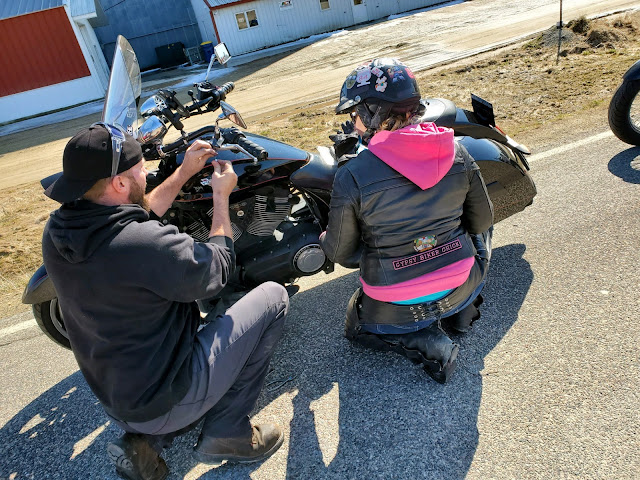 I was so happy I was with the bestie - she was there not only for moral support, research support, but also traffic directing. The nice guy who stopped had the new cable in within minutes, and then we were on our way! It seems so easy now that I have done/seen it done - and it really is easy. From the moment it snapped, we were back on the road riding within 35 minutes. 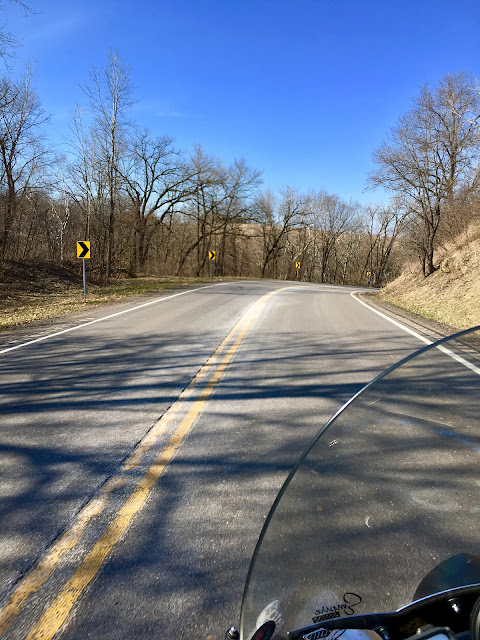 A lot of things were in my favor that day, from the fact that I had the cable in my saddle bag, to the location of breakage, to the quick thinking. I kept thinking, if I had to call a tow truck, how would they get it ON the truck? They would have to literally drag it onto the flatbed. And then it would have to be a driver comfortable doing that. And we were in the middle of no where. So basically, we would still be out there waiting. LOL. Luck was truly on my side that day and now I know how to change out a clutch cable - it is so easy in fact, I took it back out and cleaned it out after I got home. In 124,765 I had never cleaned, lubed, nor checked my clutch cable. To think of allll the times that I had used that cable, it is a miracle it lasted as long as it did. As soon as I got home, I ordered another Sav-UR-Ride, because it really DID save our ride!!!! 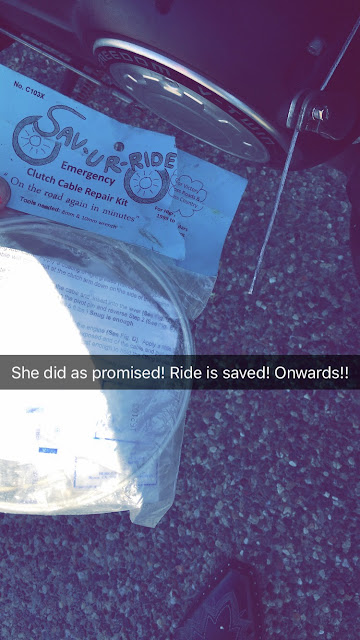 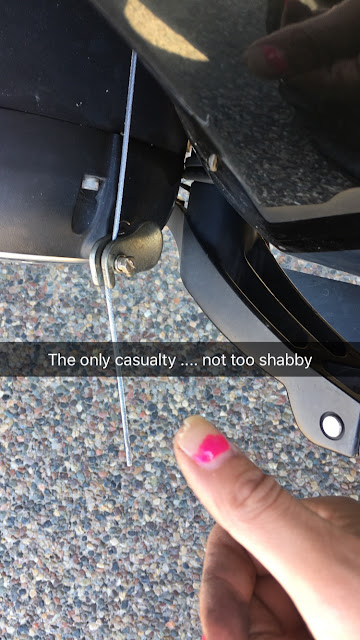