- October 30, 2019
While in Arkansas for one of the last nights of the Bikes, Blues, and BBQ rally, we swung into the Cathouse where the people watching is no less than epic. A couple of people were walking around giving away tickets for a drawing - no cost to enter, so why not? So, at 10pm, we moseyed to the back of the bar patio where the live music was happening and waited for the drawing. 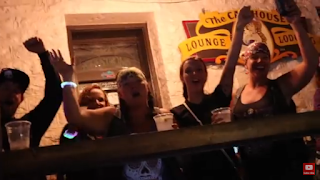 Adam Sandoval was there and turns out the raffle was for either A.) A $100 bar tab or B.) an 'epic-epic dream vacation to the KRIVER for the Bring It Home parade in Paris, Texas on October 5th. 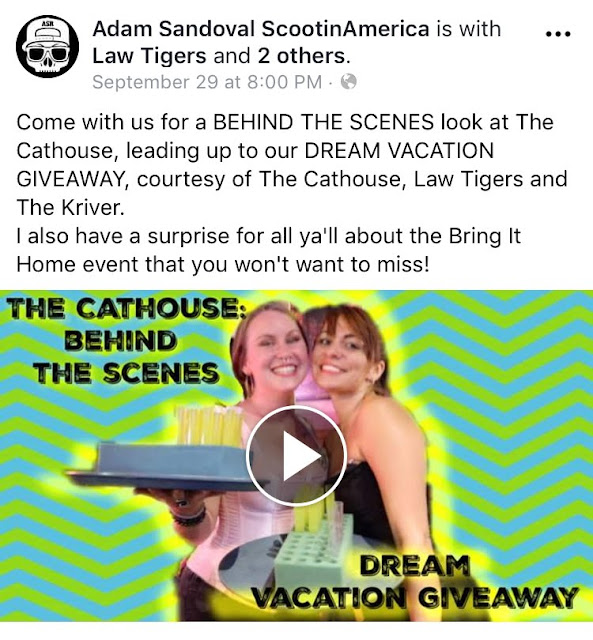 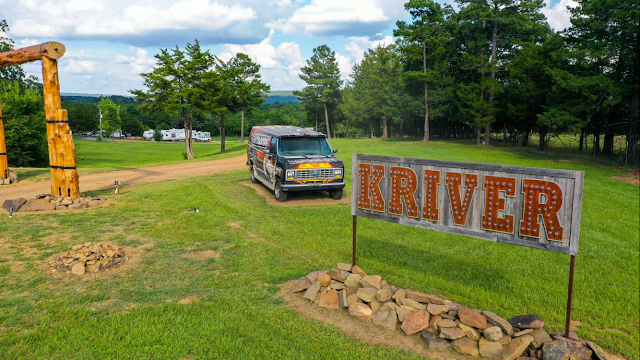 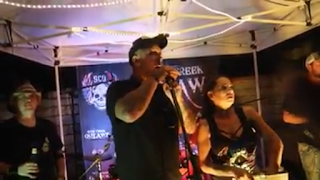 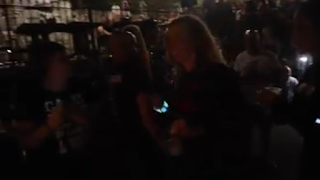 Adam described it as the Complete Dream Vacation in a luxury RV, fully stocked with alcohol, $100 GC for food for the multiple food trucks at KRIVER for the weekend, $200 game play at the local casino, and a $50.00 gas card to get there.  Holy crap!!!! We are going to TEXAS!!!!!  Shortly after the mass excitement died down a little, I can’t remember who, but one of us looked at the calendar and suddenly realized... October 5th... is NEXT weekend!!! NEXT WEEKEND!!!! EEK!!!!  Like 5 days away!!!! So with a little schedule rearranging, we decided to leave Arkansas a day early - head home, unpack, do laundry, make an appearance at work, change the oil, repack, and head to the Kriver and Paris, Texas.

It was about to be a WHIRLWIND of a month!!!! From Niagara Falls for a weekend, to Arkansas the following weekend, and now, to Paris, TX next weekend!!! #CraZYgIRLS
That is a LOT of riding in 3 weeks! But oh, so fun!!!!
Trip sponsored by Law Tigers https://www.lawtigers.com/ ;
Adam Sandoval Rides/Campground http://adamsandovalrides.com/;
and The Cathouse Lounge in Eureka Springs, AR https://cathouselounge.com/