- September 12, 2019
INDY 500 - I had no desire to attend, but when the opportunity arose, WHY NOT?? Turns out it was EPIC! Not only did we see the race, I scored free VIP tickets to the Sam Hunt concert the day before... just for standing on the sidewalk waiting for the girls to pee!  I went into it thinking it would be a cool experience if nothing else. I left thinking I would TOTALLY return! SCalped $40 tickets - 2nd row on the 4th Turn where 3 crashes happened RIGHT THERE! Sat in the infield some, people watched, and tried to grasp the concept of HOW HUGE the place was and just how many people were there! It was insane!! And it was a scorcher - turned out to be the HOTTEST Indy on record with 98 degrees. The track was 132.. and being right next to the track got HOT! The sights, the sounds, the feeling of the cars whizzing by at 213 mph... it was surreal!! And the best part? You can bring coolers in the track - beer, water, ice, all of it. We walked in and saw Kelly Clarkson on the big screen singing the national anthem as everyone in the walkway stopped and paid respects. 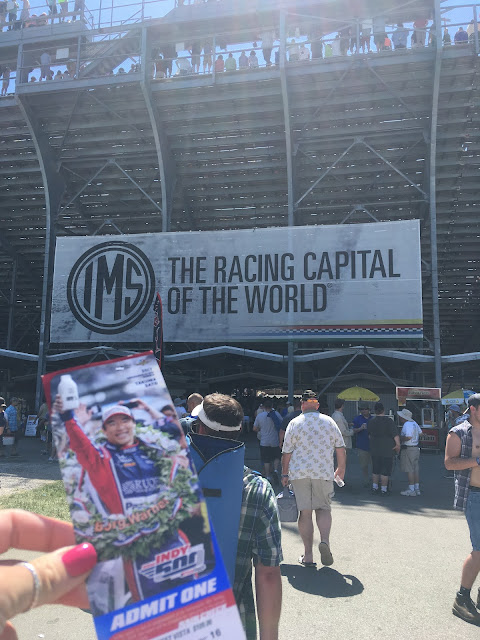 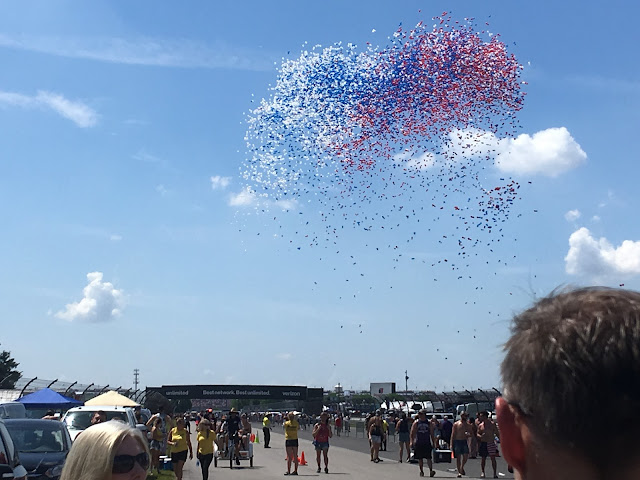 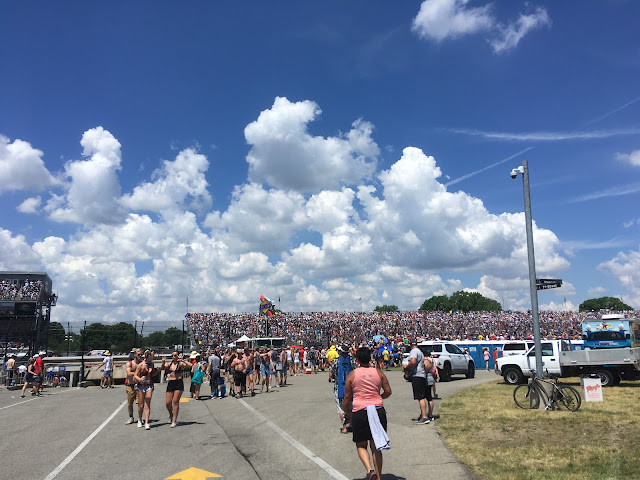 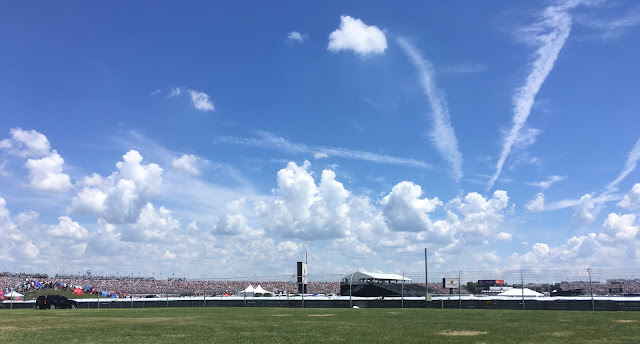 Scored FREE Legends Day VIP tickets to Sam Hunt just for standing on the sidewalk waiting for the girls to pee (not sure where the pics of that are...) 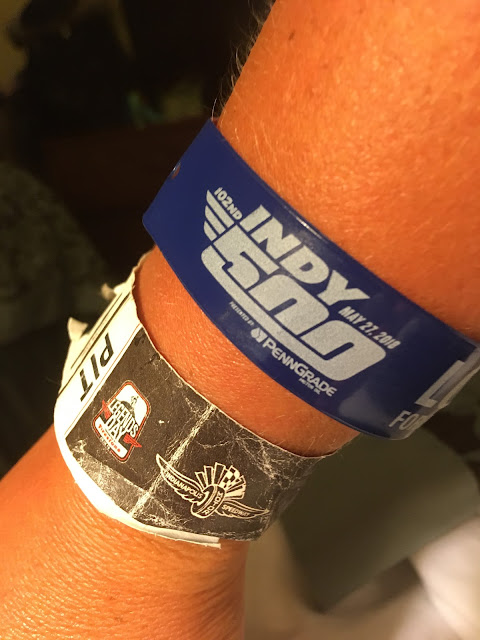 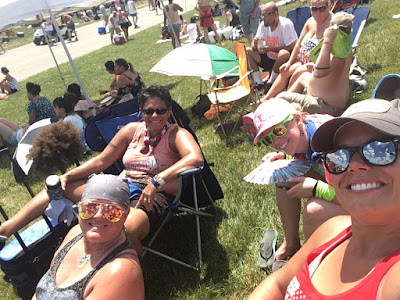 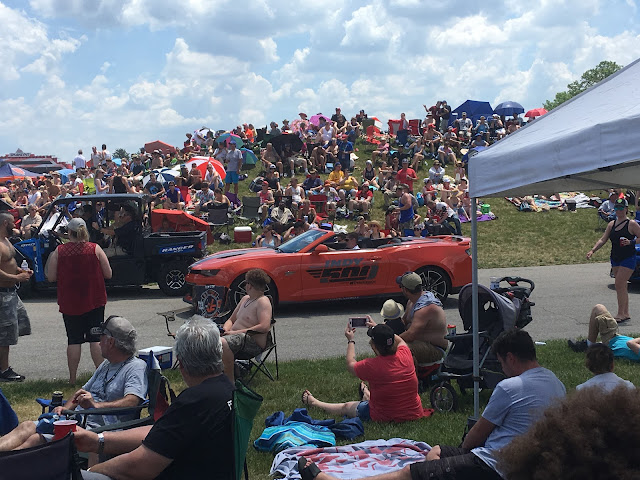 Sitting in infield with the peeps - next up: Mosying to our seats 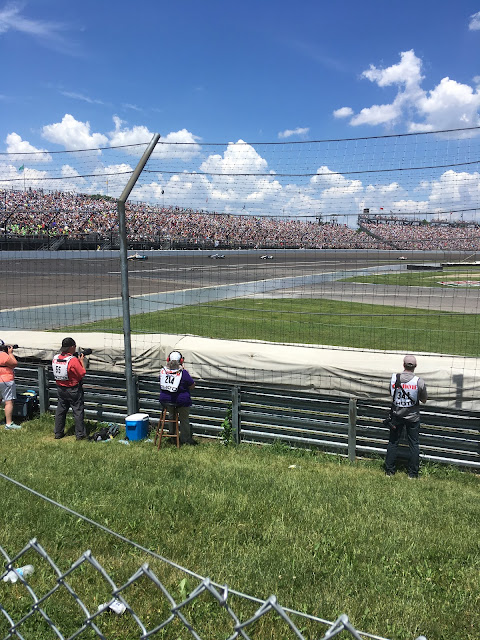 Scalped FRONT row ticket on the 4th corner!!! EPIC!!! The sound of the cars whizzing by... and the quick blast of HOT wind as they go is crazy real! 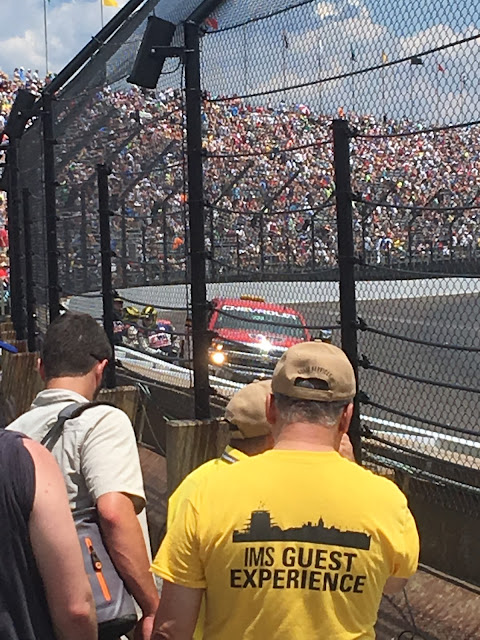 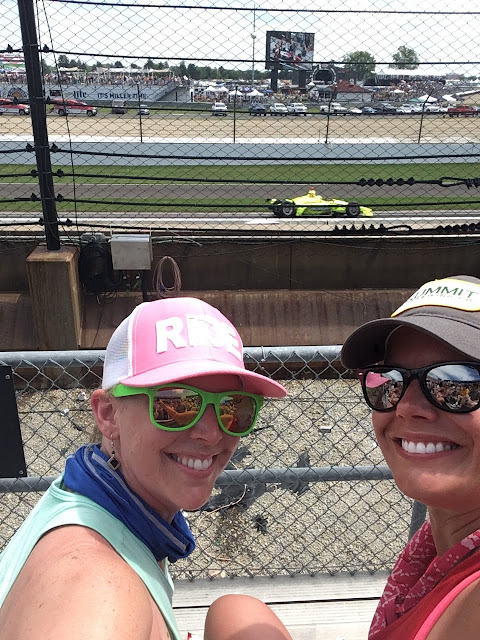 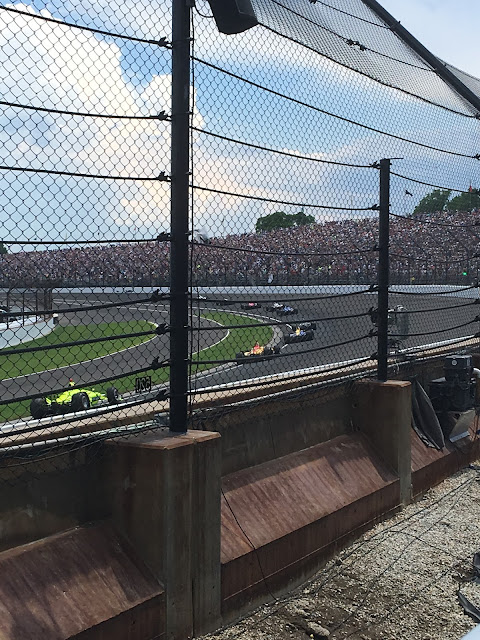 When its the hottest Indy on record, people tend to stay home. Which means my one scalped front row seats - had plenty of openings for everyone!!! 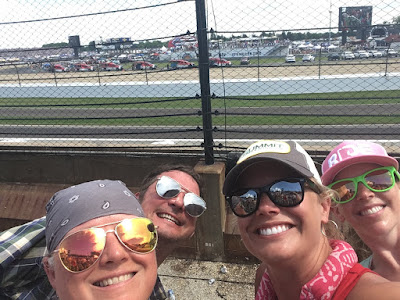 WAlking out of Indy back to Lot C.... CRAZYNESS! 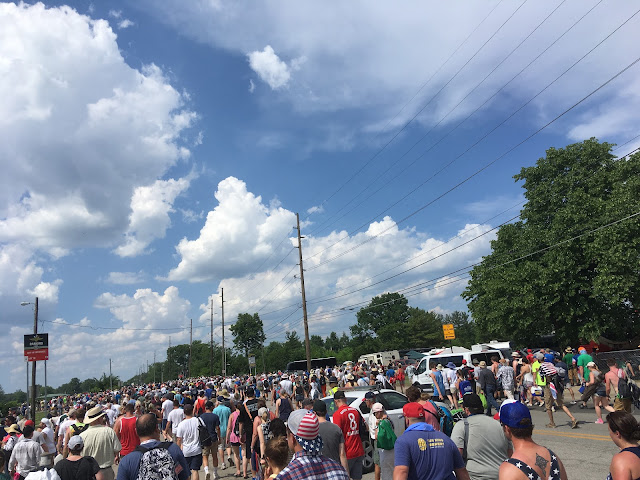 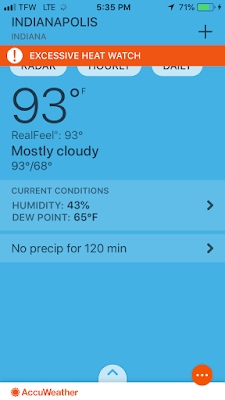 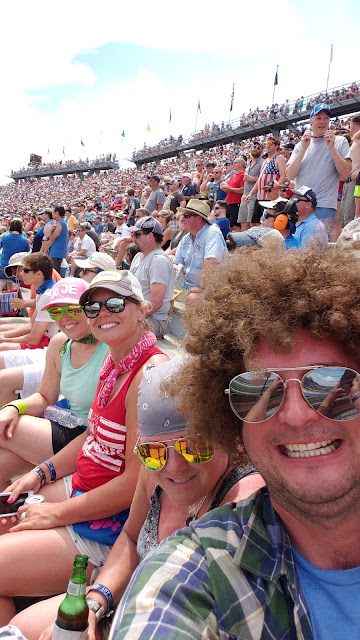 Indy 500 is on Memorial Day weekend. The race is on Sunday.. and then everyone packs up and leaves... on a Sunday.  Of a long weekend. I don't know why, but that just seemed odd to me!