An Amazing Birthday Weekend with Garth Brooks and Pink!!

- May 08, 2019
Weekends are a funny thing - if I don't have anything going on, I feel lost. If I have a lot going on, I feel overwhelmed, even if it is all stuff I WANT to be doing. This weekend was a busy one - albeit a TON of fun!! Started with helping bestie move on Friday - we don't want to brag, but we could totally start our own moving company based on the amount of stuff we can maneuver into small spaces!  Saturday was a bit more moving in the morning, then off to DT Minneapolis for the Garth Brooks concert and pre-party with Trisha Yearwood. We got dropped off downtown and being it was an amazingly beautiful, sunny day in MN, we were happy to see that the Trisha Yearwood event was outdoors - under a tent, but still outdoors. The tent had food demo's by Trisha, along with free food samples, and a couple of free drinks. We had summer cocktails and some food, then wandered out to the local bar. Turns out we couldn't get back IN the Trisha tent - mistake number 1 - I had one little BBQ slider sandwich. All day. The local bar was PACKED with concert goers - they had the Kentucky Derby races on all TV's, the patio was hopping, and there was a DJ in the outside tent. We parked ourselves outside in the sunshine and had a couple of beers while waiting for the Derby Race to start, where we crammed inside with everyone else to see what happens. I am not a betting person. IF there was a horse with a cool name in the Derby race, I might have bet $2. But I didn't like any of the names, so I didn't bet. Yes, that is legit how my theory on betting works! Talk about a good race though! The bar went WILD when Maximum Security blasted past the finish line for First Place. Apparently a lot of people had bets on that horse!! Shortly after the commotion started to wind down over the win, it was announced that there was an objection and the race was being reviewed to see if Maximum Security interfered with other horses in the race. After a long half hour, Maximum Security was DISQUALIFIED and Country House declared the winner. From what I heard, there had never been a winning horse DQ'd in the entire history of the Kentucky Derby. Talk about suspense!  Anyways, after the race was over, we meandered to US Bank Stadium to get in line with the throngs of people going to see Garth Brooks - an American Icon in the Country Music world.  I heard that there were 70,000 in attendance - whether or not that is accurate I don't know, but it was PACKED.  I had gotten an amazing birthday gift - 3rd row seats for Garth!!!! To say the seats were AMAZING is an understatement!! We had to look UP to see Garth because we were that close to the stage. The opener was Darius Rucker - he actually put on a great show. Formerly a part of Hootie and the Blowfish, he has turned country and I thought he represented well! Darius played Purple Rain for one of his acts - an amazing tribute to Prince and all of MN. The Crowd went wild!! Between stage sets, we had to exit the seating area because we were literally that close to the action - of where Darius and Garth would be entering and exiting the stage for their set. Garth took the stage and lit up the entire stadium with his amazing stage presence and awesome singing abilities. No words can summarize the concert aside from AMAZING!!!!! I will let the pictures do the justice ~ I didn't take many pictures as I was too busy being mesmerized! 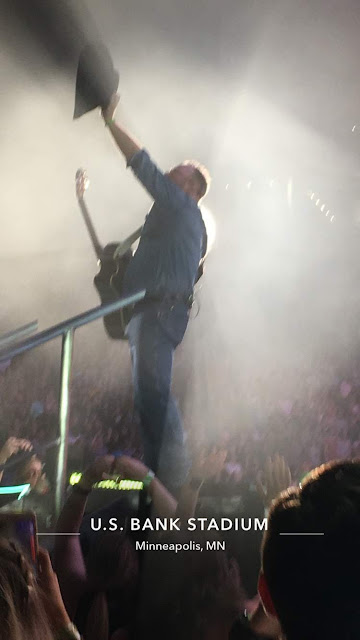 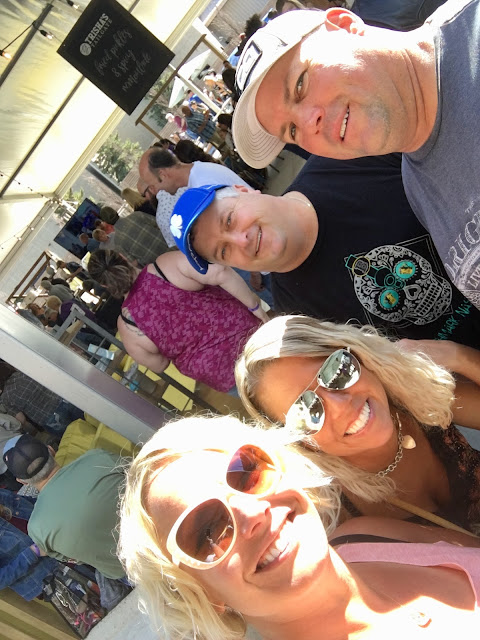 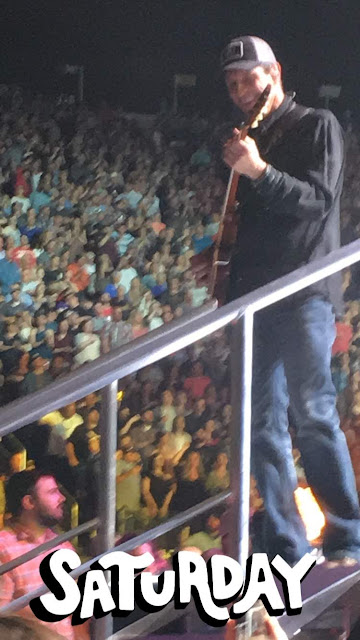 This shows JUST how amazing our seats were!!! 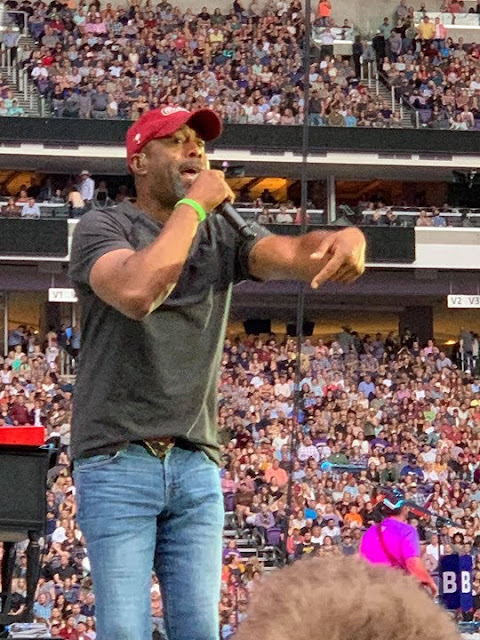 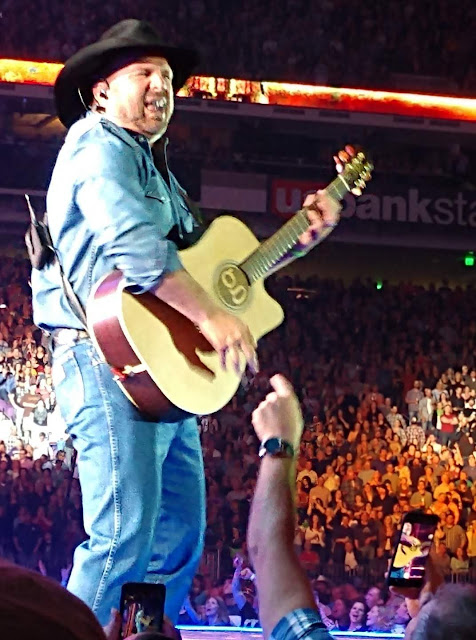 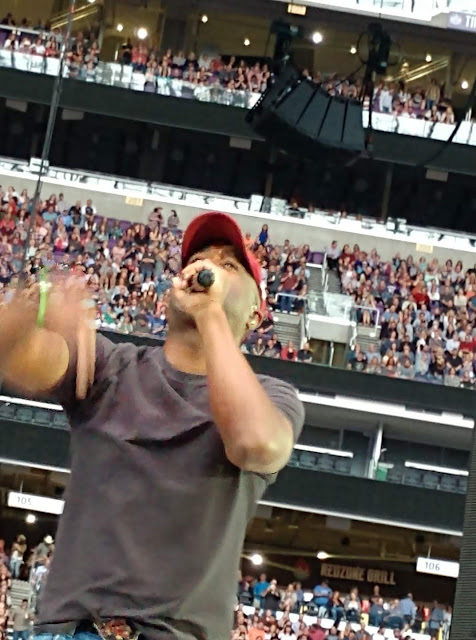 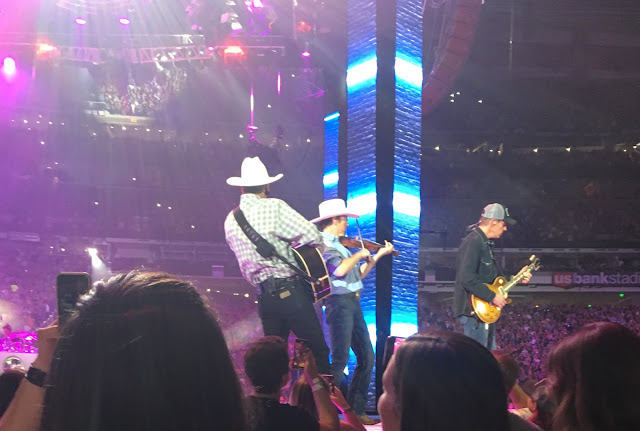 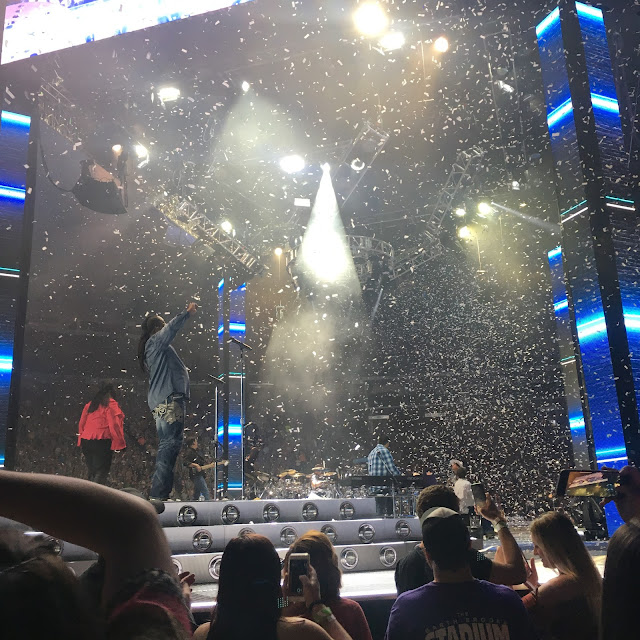 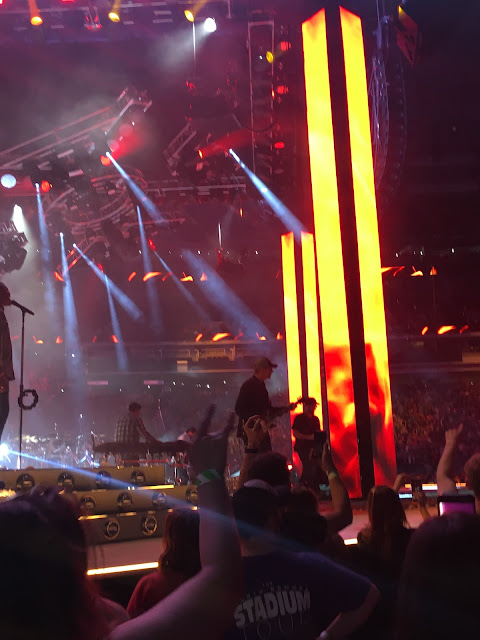 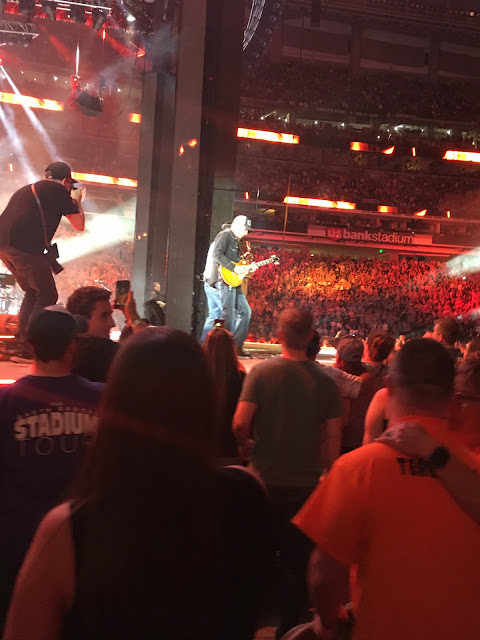 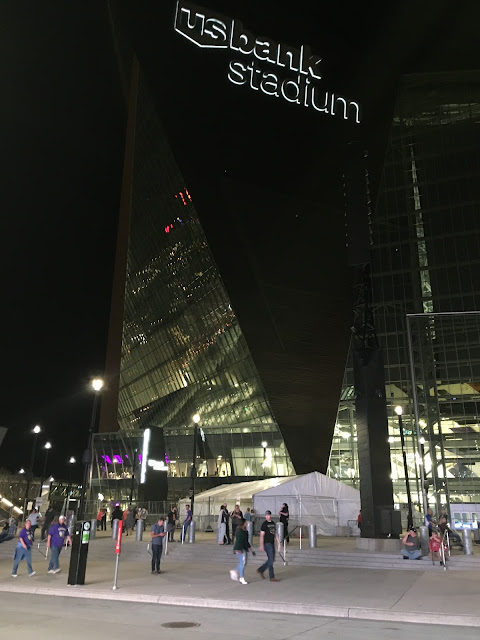 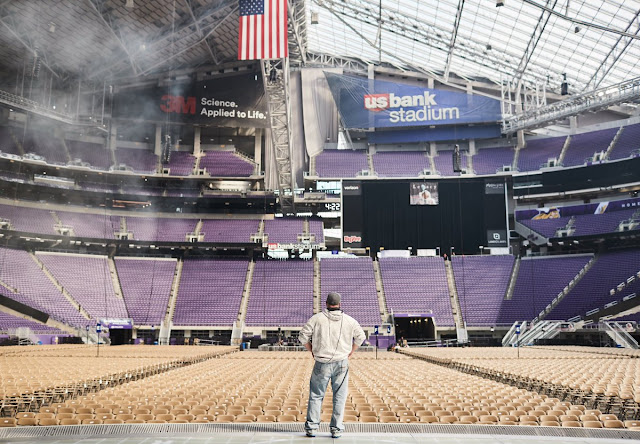 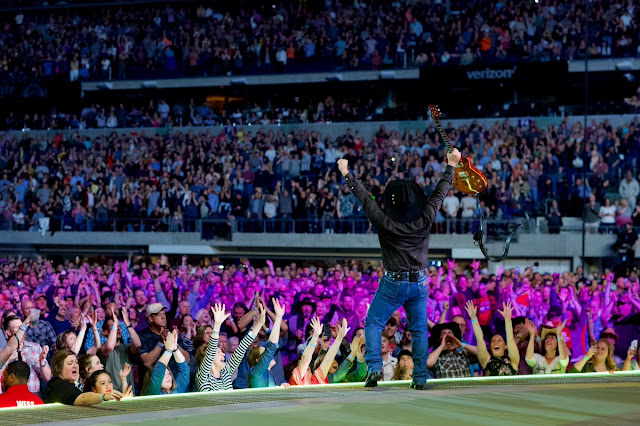 Garth's set list included (the ones I can think of anyways):  All Day Long, Two of a Kind, Workin' on a Full House, Two Piña Coladas, The Beaches of Cheyenne, Ain't Goin' Down ('Til the Sun Comes Up), The River, Fishin' in the Dark, We Shall Be Free, The Thunder Rolls, Standing Outside the Fire, Unanswered Prayers, Papa Loved Mama, Callin' Baton Rouge, Shameless, To Make You Feel My Love, Friends in Low Places, The Dance,  And then for an encore: Learning to Live Again, Much Too Young (To Feel This Damn Old), The Change, Wild Horses (and more!)

Sunday was another fun filled evening this time with PINK @ Xcel Energy Center with the girls - talk about the best artists taking over the weekend!!!! We got to St Paul a little early to have a couple of drinks at Eagle Street bar across the street from Xcel, where Pink was performing. Typical MN Fashion, the weather was considerably colder, so we didn't want to walk far outside!! We found our seats and LOVED the performance that Pink put on! She flew through the air, across the ceiling, trapeze styled around stage, had a moving platform stage, a bed hanging from the air, a chandelier, numerous back up dancers that were so fun to watch, video screen in the background, tons of props,  several costume changes, and TONS of action happening through every song!! 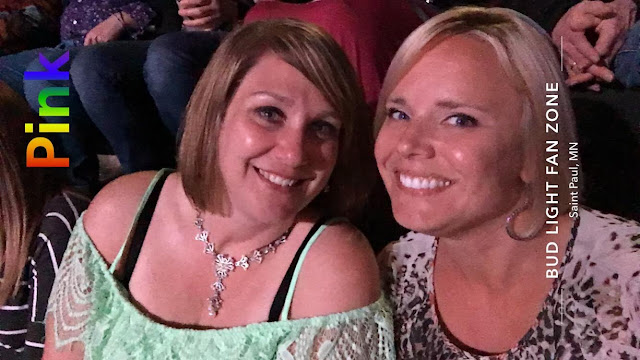 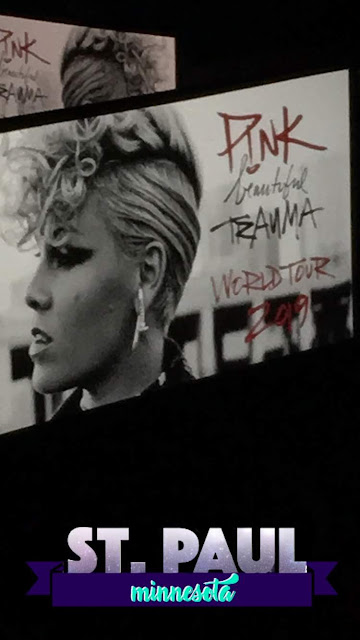 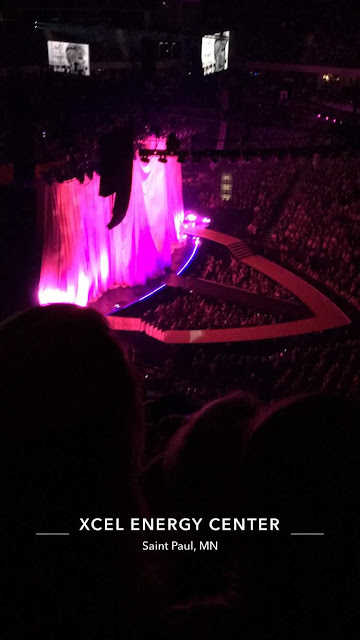 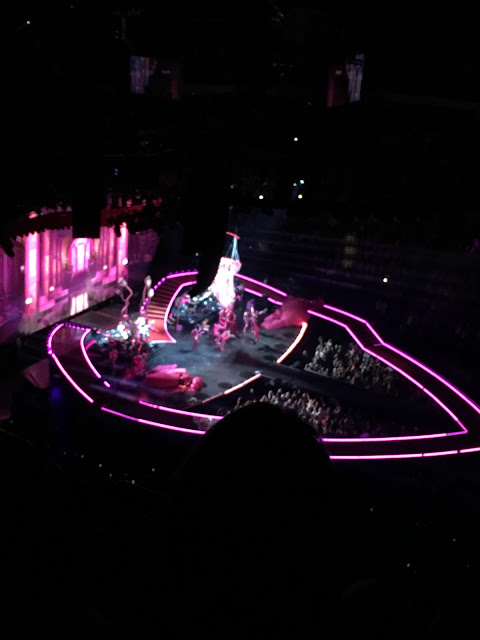 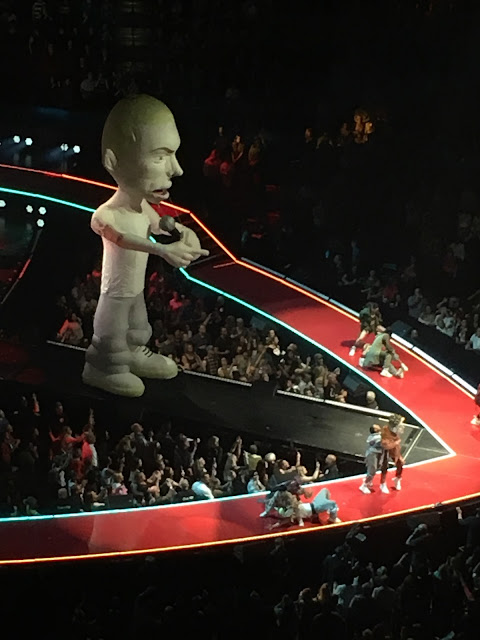 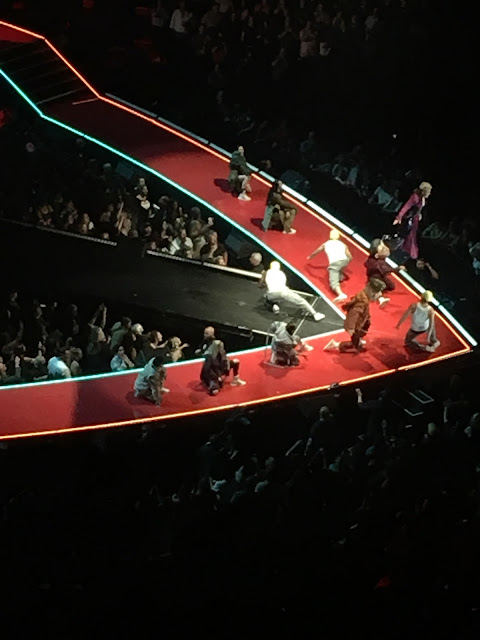 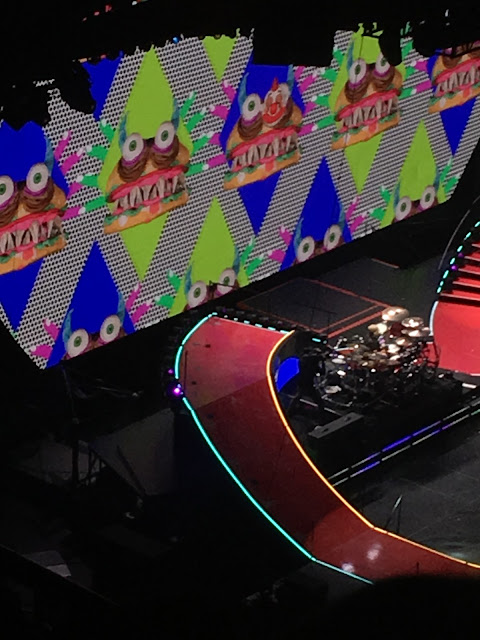 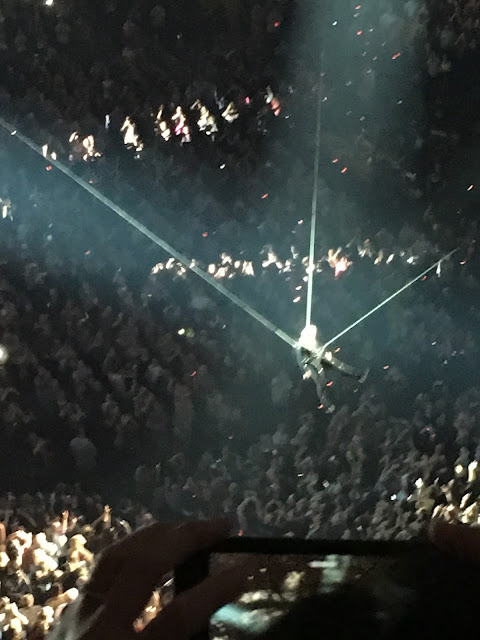 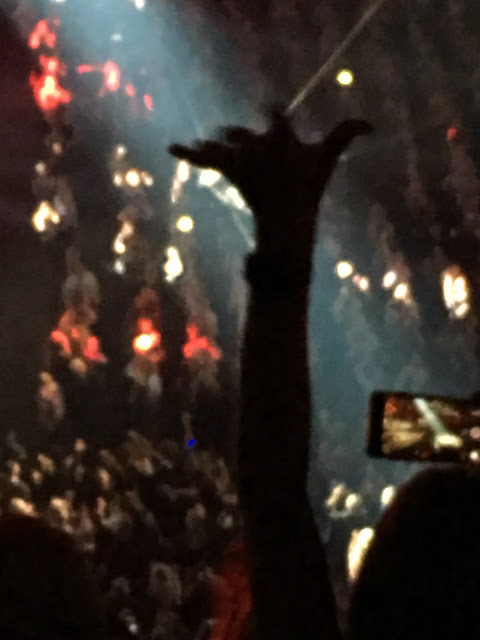 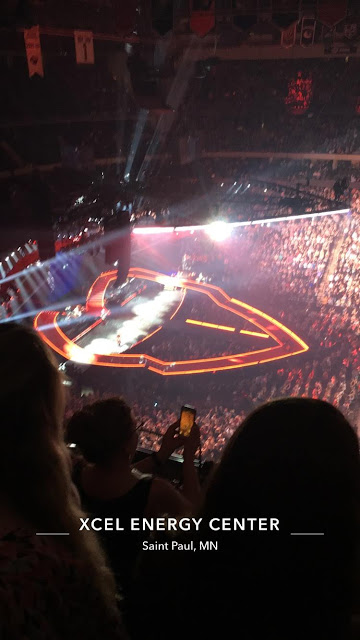 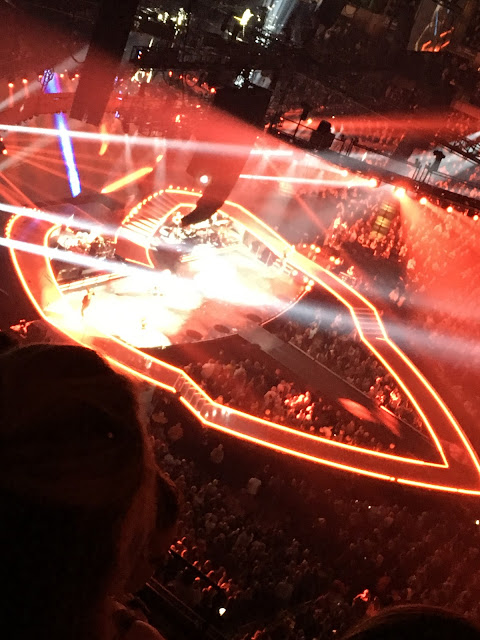 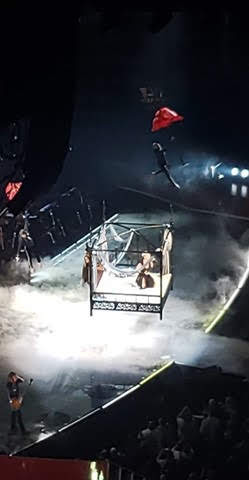