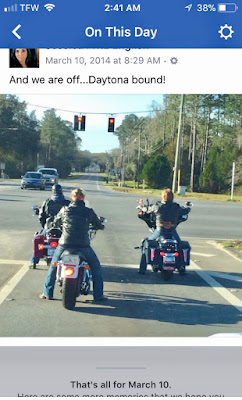 Well it’s that time of year again! Daytona Beach bike week 2018! I have made it there for the last 4 years so naturally I had figured out a way to do it again this year.

Only the Minnesota weather wasn’t so cooperative so, cough cough, we scrounged up a trailer,  had some help getting it all set up parentheses thank you boys!!) and headed to Nashville where we parked it with friends and stayed a night before heading to FL on our bikes. It was the first time either of us have trailered bikes... and it was not enjoyable! 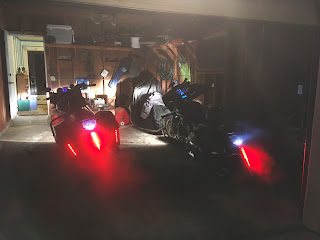 Our bikes in anticipation of Daytona! 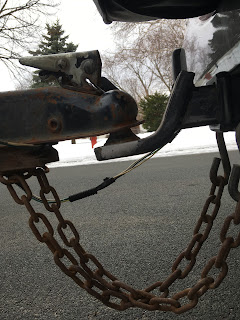 Woke up late so that’s alwAys an awesome way to start a long trip! Hauled ass to Stiffy’s, packed my crap and we were off to hit the road! Yay! Except for the small issue.... we couldn’t get the receiver on the ball hitch no matter what we tried. I hate asking for help for seemingly simple things.. I know how a hitch works but by now we are running on 4 hrs of sleep last night and 4 the night before... the hustle of preparing for vacation, the panic of waking up late and the freezing cold fingers that were struggling to cooperate. And frustration..... so called the boy who walked us thru it and we finally had success and hit the road! Nervously we head out.. not overly confident in our tie down abilities.
We checked the trailer tires and the tie downs at every gas stop AND at least 4 times between. All was good which was a relief!! That is... until it wasn’t so great. We pulled over a million times and nothing has shifted or moved or come significantly loose. Then, around I don’t know, mile 650, shit starts letting loose and going downhill quickly. One tie down strap kept suddenly coming loose.. then unhooked itself not once, but twice. And then another strap loosened... and then nightfall. It’s now pitch black and we can see the bikes are still on the trailer, but that’s about the extent of our ability to see. We pull into Mt Vernon for gas- I jumpOut of the Jeep and check the tie downs, only to see stiffy’s bike had shifted. And not just a little bit... it shifted and jumped and tried to commit baggage suicide. Yep, her brand new (to her) bike was RESTING against the rusty metal frame of the trailer side. And her pretty blue bike, only one week old to the day in her world, now has a ginormous scuff/scratch on the side of the bag. She was understandably NOT happy and while I noticed the situation and told Her not to get out of the Jeep, it was too late. I guess my face let it all out. So now we are roughly 10-11 hours deep into the dreary windy as hell trip, we are highly annoyed with trailering and tie downs, and top that off with an #800 loaded newbike resting firmly against rusted metal frame.... no bueno... patience is running thing. And we still have 2 states to go. We try to lift the rear of her bike over to re-strap everything down, but due to a long day, being tired, nerves- whatever the reason- that bike was not going to move. We panic and look around for anyone to help. Nobody. Shit. So knowing some of our local riding club crew were headed down and around the same area as us, we frantically send out an SOS and they arrived 10 mins later to save the day. Truly amazing guys and super appreciative of them Saving the day- for real!!! We got everything re-situated and off we go. Another 4-5 hrs to our nights destination, in Lebanon, TN.

The drive was otherwise relatively uneventful, and by the time we arrived at our friends house just outside of Nashville Tennessee, we were exhausted and more than happy to be parked. We’re so excited to get rid of that damn trailer and just ride. And in the back of my mind, I was trying to think of ways on how to not have to trailer the bikes back a.k.a. find a driver. But that will be for another day this  week. Time to get a few hours of Z’s before hitting the road on the bikes in the morning. 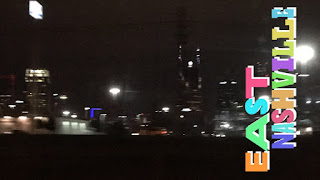 Fast forward to the morning, we woke up early and hung out with our friends for a little while before unloading the bikes off the trailer. This in itself is an event. It was raining just a little but enough to make it super slippery and a struggle to get the bikes off. Thankfully there were two other people there that could help us otherwise I think we would’ve just rolled them over the side and hoped for the best. Unloading two rather large motorcycles from a trailer in the rain is my least favorite activity of the tripmso far. We got the bikes off and then head to load them. It was weird to have everything in the jeep, as I didn’t have the pressure to load the bike before we left. I don’t know if this is good or bad yet. 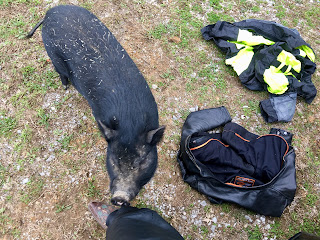 As we were unloading bikes in TN, we were playing with Owen~ the pig

Owen is adorable and I’m pretty sure he wanted to hop in the back my bike and come with us. His little tail is going back and forth so fast it was kind of a blur. And we have leftover veggies in the truck from the ride, which he especially loved. Our friends are from Minnesota and we haven’t seen them in a few years, but they have the most beautiful view ever

from their home in Lebanon. They have horses, pigs, goats, donkey, a mini  horse, chickens, and dogs. Such a fun mix of animals on a gorgeous property in the hills of TN. 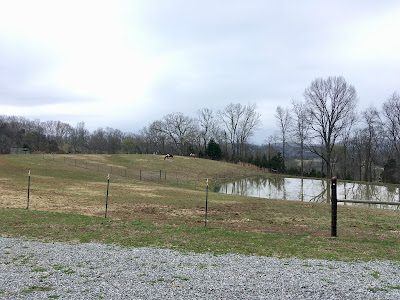 We Said our goodbyes, and hit the road for Florida. It was “supposed to be a 10 hour ride give or take. However naturally, the weather, and the traffic, were definitely not in our side. 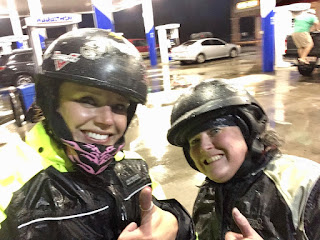 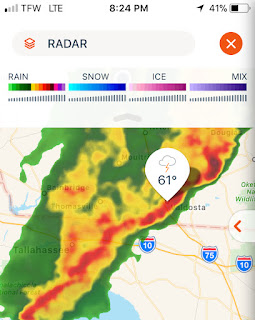 We were soaked to the bone for over 2 hours. Miserable....
So soaked that my gloves wrung out 4 timesand wer still the weight of abowling ball on my hands. Traffic in Chattanooga was brutal. And SLOW. Same with Atlanta.. I have yet to have anything + to sa about that city!


On we go- another 2 hours til our AirBnb!