Random road trip to Nebraska for live music and camping

Summer is so short, I try to make the best of it. Sometimes I think if I have a free weekend, I should stay home, relax, hang out, see (non-biker) friends. But then, as that weekend nears, I just have to go! Two wheels literally call my name at any given second and I simply can't walk past the three bikes in my garage on a nice weekend day, simply to relax, when riding IS relaxing to me. So, two weeks after Sturgis, I had an open weekend. I tried to stay home and get stuff done, and I made it through a Friday night. But by midnight on that Friday, I couldn't take it anymore. I had to roam. I googled "Live music in the USA this weekend", and I found an outdoor social distance concert at the I80 speedway in Nebraska. Good enough! Rodney Atkins was playing - in less than 24 hours from the moment I found it on google. It was only a 7 hour ride to get there. A quick weather check confirmed my idea was solid gold! I sent out a late night memo to the girls to see if anyone wanted to go - everyone was already booked or had plans. So I packed a tent, some sunscreen, and deodorant, slept a few hours, woke in the early morning and headed to Nebraska on a sunshine filled lovely summer day. Granted, the ride to Nebraska is BORING, but hey, I was on two wheels in the sunshine and roaming as I love to do. I didnt have a plan on where I would stay, but I had a tent - so at least I had options. I stopped twice for gas and water - and on the second stop I check the concert page... CANCELLED. I was TWO hours away from the Nebraska border and the show was cancelled last minute. DANG IT!!!!! Since I was already well on my way to Nebraska, I decided to just keep heading west. Destination TBD. At the next gas stop, I once again googled live music. Luck was on my side!! I found music at a little family campground somewhere in eastern NE. Good enough! The band was an AC/DC cover band - Shoot To Thrill. YES!  I like AC/DC and I actually SAW the band at Sturgis the year before and remember them being pretty good. Even better!!! The band was playing at Falconwood Park and Hullabaloo Music Group Campground - where if you purchase a ticket for the band ($25), camping was free. YES! Things always have a way of working out. I messaged a couple of people I met at Sturgis over the years, who were all from Nebraska (where, I couldn't remember) to see if they were anywhere close and wanted to join the fun. Well, they were not really close (5 hours) but they would be on the way shortly. I arrived at the campground a few hours before the band was supposed to start. As I wandered around aimlessly looking for life form to figure out where I needed to sign up to camp - a guy headed my way asked if I was there to camp for the show. Yep!  Then he said I was too early and that camping didnt open until one hour before the show. I must've gave him a look as I said, "Well, I just rode here from Minnesota and I am not leaving, so...." he quickly got on his radio asking his son what to do. Turns out, the guy was the owner of the campground and his son ran the concert side of things. His words over the radio to his son were, "There is someone here to camp for the concert....Yeah, I know, but she just rode her motorcycle here from MN...by herself...Yeah, she is crazy....OK". Next thing Iknow he is escorting me to the camp area - over a super rough gravel cow-path type road. He was in a side by side, I was on a partially loaded down Victory, keeping right up with him. Since I was early, I literally had my choice of camp spots. I found one in the shade, called it good enough and started to set up my tent. I no sooner had 1 pole in the tent when he returned with a cold beer for me - still a bit dumbfounded that I rode solo all the way to no-where Nebraska to attend a concert that they had just booked 2 days prior, and that THAT was my destination. He told me the whole backstory of the campground and buildings - bought 3 years ago to host weddings and campers, before it was destroyed by a tornado the year after purchase, rebuilt, and then last year, lost once again to flooding. He said they had NINE feet of water in the spot that I was standing, far from the river banks. And as soon as they rebuilt from that, COVID hit. What a bummer! So since weddings cant really happen this year, they instead host drive in movies and concerts. My Sturgis friends (bikers I meet on the road are just instant friends) arrived awhile after I did, they set up their camp, and we grabbed a couple of ice cold beers, a blanket and headed to the grassy field for the concert. There was a mix of people who sat in cars and sat on the lawn for the concert later that night. It was a great show!! There is a bar and bathrooms on site. Plus free camping!  What started as a random idea, then turned to not knowing what to do when the original plan didn't work out, turned out to be an amazingly fun time! 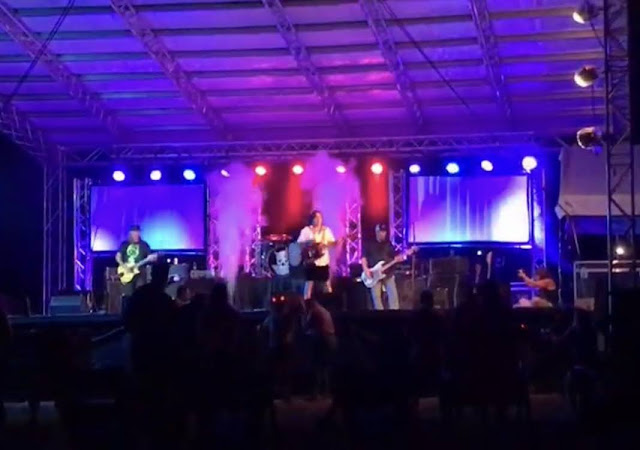 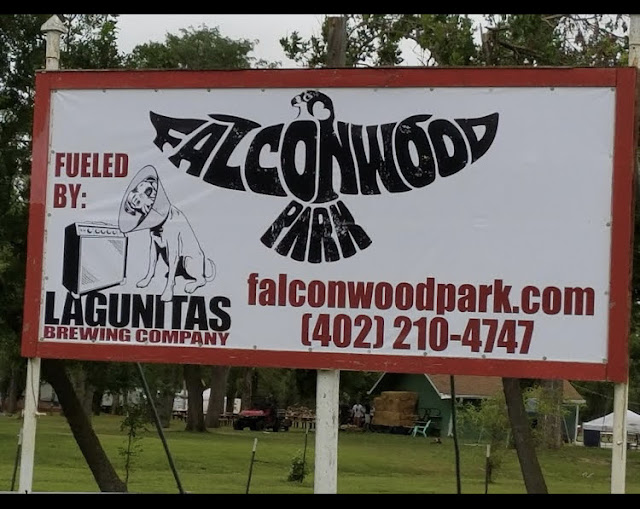 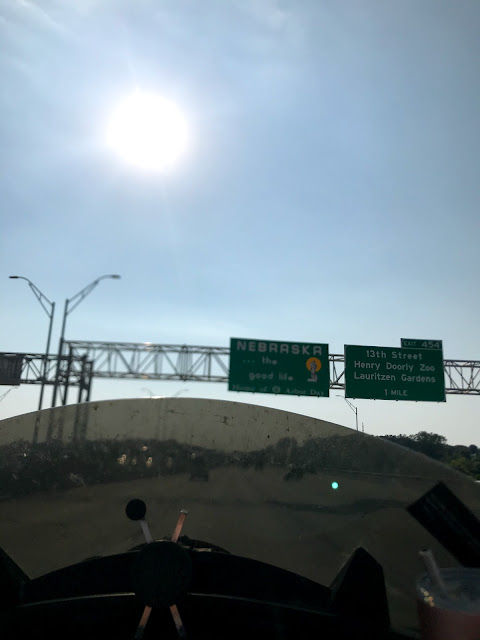 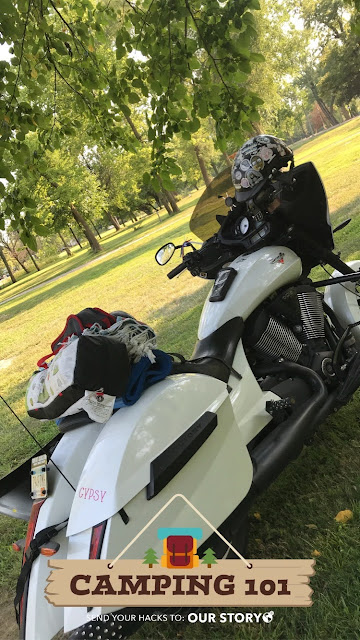 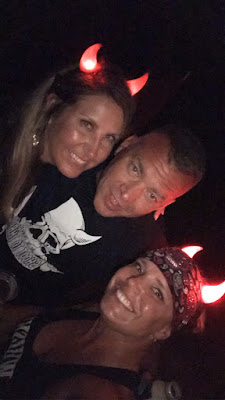 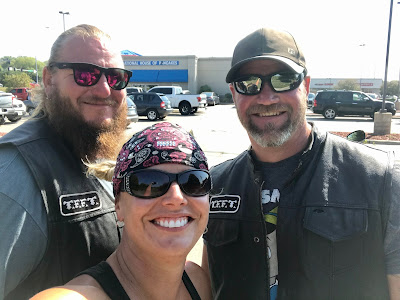 It turned out to be a great spur of the moment weekend trip - to Nebraska of ALL places. On the way home, I made a pit stop to see friends and ride a little in Des Moines. It helped break up the boring 6 hour trip home! 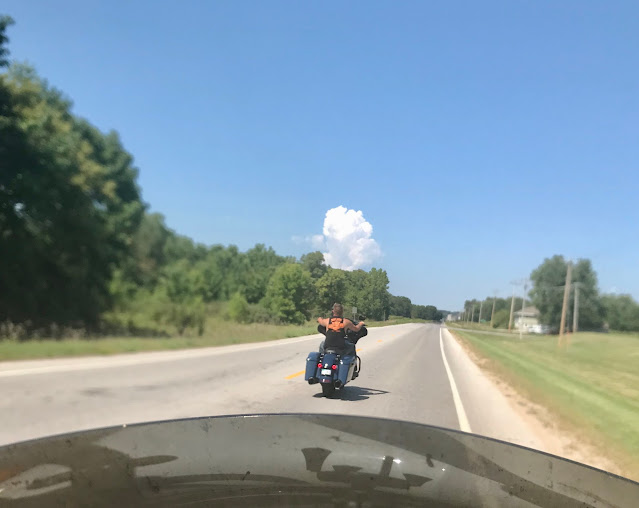