Cruising through Death Valley on a rented HD 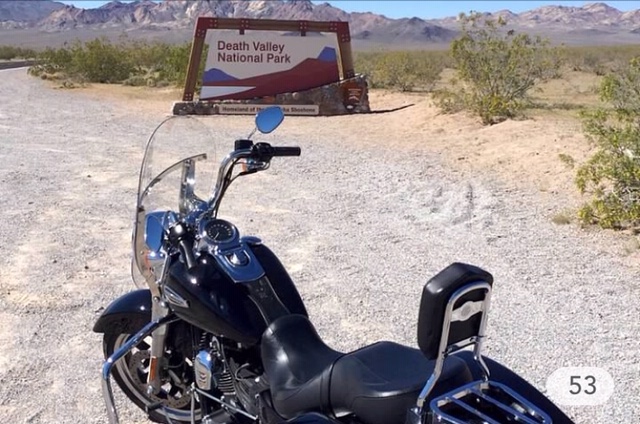 A few years ago, I went on a long weekend trip to Las Vegas with a few guys who like to gamble.  I like to spend roughly 12 minutes in a casino before ADD boredom takes over.  They, on the other hand, wake up early to get to the Sportsbook, where they park themselves for the majority of the day, betting on anything from sports to horses to dogs. I was not prepared for that, nor was I interested in doing that day in and day out. So after some google research, I managed to find GOLD!  (At the time) Enterprise off the Strip rented motorcycles. Yes, HD and other dealers rent them, but I wasn't willing to spend $150 for 6 hours of riding. Enterprise was my winning luck!! I rented a Harley for just $65 for 8 hours!! YES!!!!  So I tell the guys about my winning find, and while I don't think any of them really HEARD me, I hopped in an Uber and off the strip to Enterprise. I didn't have a destination, just knew it was sunny, warm, and I was gonna be on TWO wheels all day! (Turned into 2 days)...

After a quick google search on "Best Motorcycle Rides Vegas", I was headed out of town towards Death Valley - the largest, hottest, driest, and lowest National Park in the US. I swung by a store along the way - to top off the gas tank, pick up a gallon of water, sunscreen, and an umbrella.. just in case my air cooled bike didn't appreciate, nor tolerate, Death Valley. I wanted to at least be stranded in the shade...of my umbrella lol.
Another 15 miles and I see the "Next Services 72 miles" sign. Good choice, me! 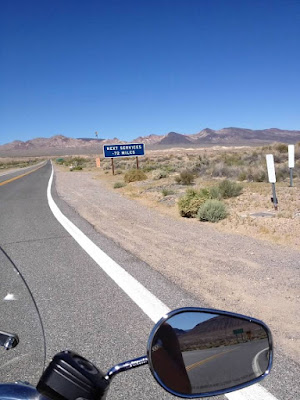 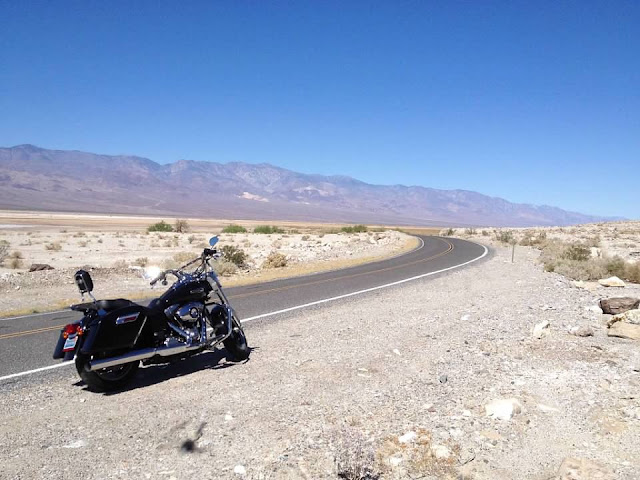 The road to Death Valley seems endless... I could see for miles and miles.  Desert, tar snakes, and valleys, repeat. 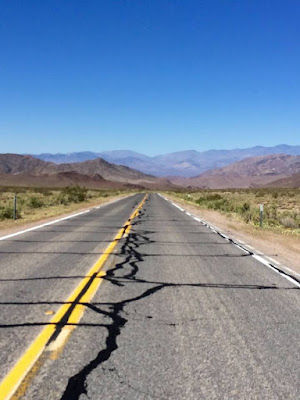 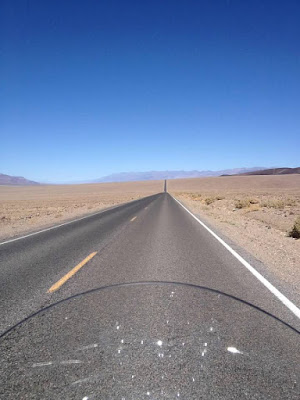 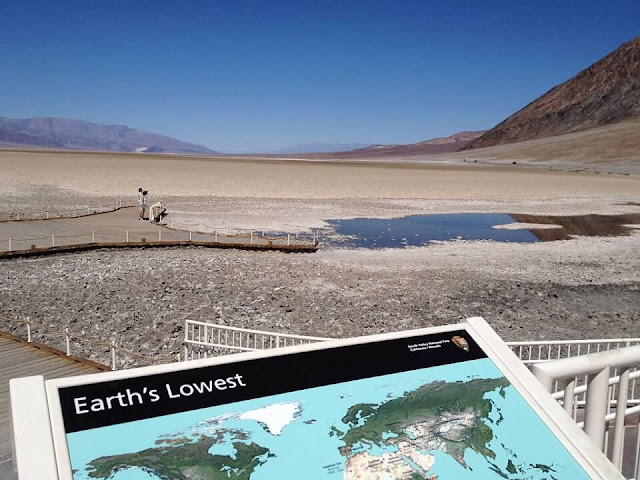 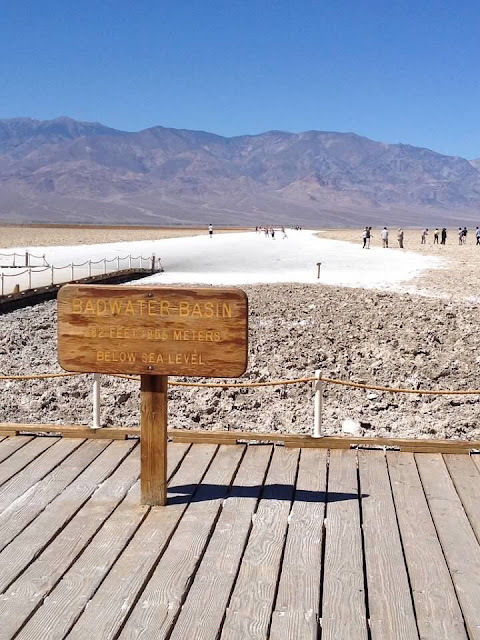 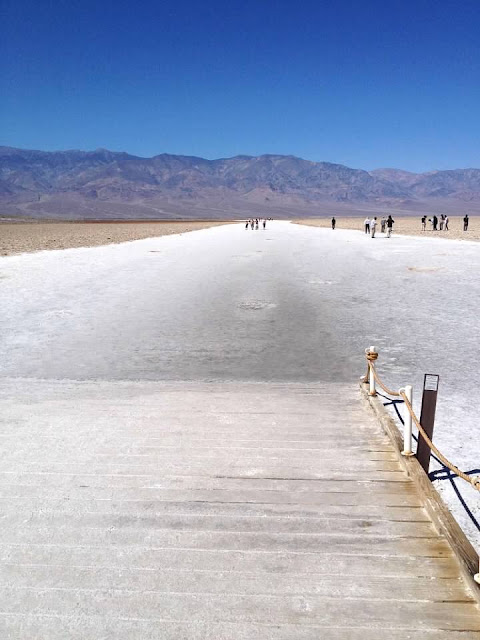 Death Valley has over 1,000 miles of roads and I didn't even skim the surface.  I read that they have over 40 species of birds in DV, the only sign of life I saw, aside from a few tourists, were roadrunners. And they were running everywhere.

Death Valley  is only 76 miles from Mt. Whitney, which is one of the highest elevations in the US at 14,505 feet. I didn't have enough time to make that jaunt, but I did have one more day with the rental, so I hit up Snow Mountain.  I went from 90 degrees to 40 degrees in under 100 miles. It was a never ending change in scenery! 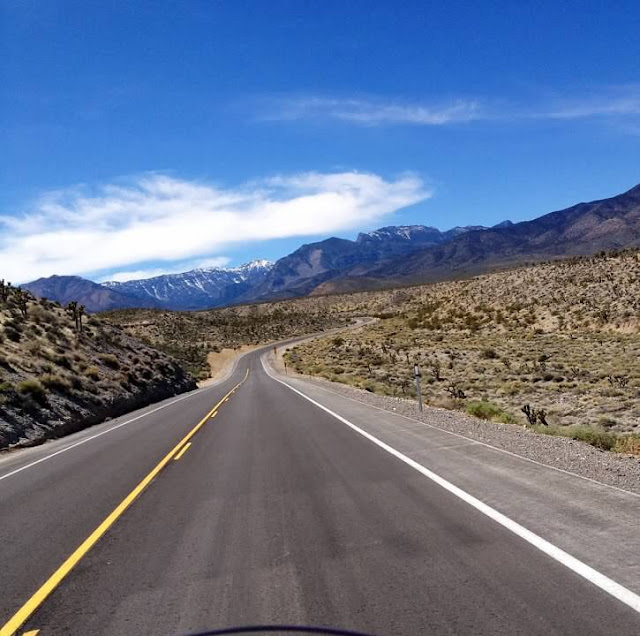 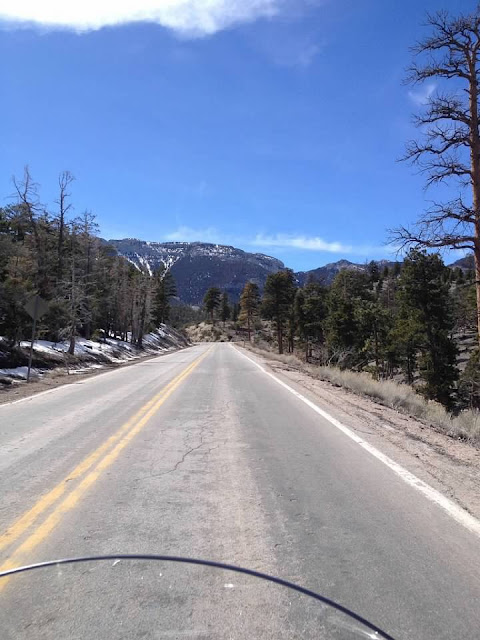 While the boys had their fun in Vegas, I had an unexpected GREAT time exploring outside of Vegas.    Renting a Harley was enough gambling for this girl!! <-- LOL

*Sadly, the next time I went to Vegas (in 2016), the Enterprise off the Strip did not offer motorcycle rentals. And the time after that, the Enterprise was gone all together. SAD!!!!*
Death Valley Las Vegas rental Snow Mountain