First Day of Spring, temps are in the 40's, snow is melting slowly... RIDING TIME! 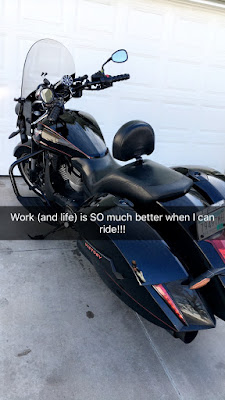 While I am still not done posting stuff from my 2 month solo backpacking trip to SE Asia, I am skipping ahead a bit to the best thing in life (aside from travel).... MOTORCYCLING! While I was gone (December-January).. the MN Winter proved to be quite tame in comparison to normal. The temps were above average, the snowfall below average. I literally flew home and was greeted in evil ways by February in MN. Old man winter was apparently also on vacation until February, because come February, MN saw WAY WAY WAY below average temps... record breaking COLD. That was quickly followed by snow. And more snow. And more snow. And more snow..... Record cold temps and Record snowfall was how February greeted my return. Talk about seriously depressing!!! Then there was Daytona Bike Week... I have gone the last 6 years. And this year was just not meant to be, not due to lack of a serious valiant effort, however. Mother Nature just had a detour in my plans :(


Before hard core riding starts on the daily, I took a little time for some maintenance - just an oil change and checking the tires, etc. I love the feeling of putting fresh oil in the bike!! 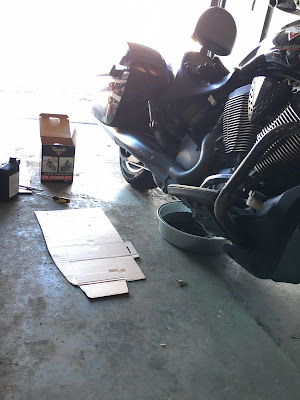 So after a week of craziness, and after the deep freeze and snow globe we have been living in, temps in the 40's feels AMAZING! I know there is sand and salt on the roads. 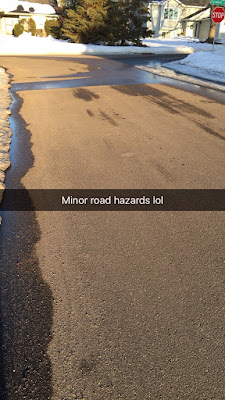 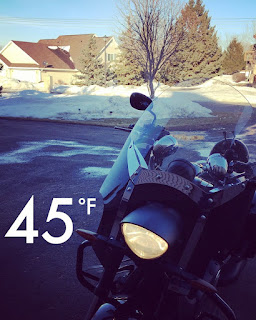 I know there are random puddles and mini lakes on the roadways. I know that people are not expecting to see motorcycles quite yet. But I don't care. I MUST ride. I started around the neighborhood on side streets - which proved to be VERY slippery thanks to fine sand and salt on the roadways. The main roads seemed ok and the freeways are good to go. So off to work I went - on two wheels for the first time since November. And MAN does it feel GOOD!!! Cheers to the first official day of SPRING! 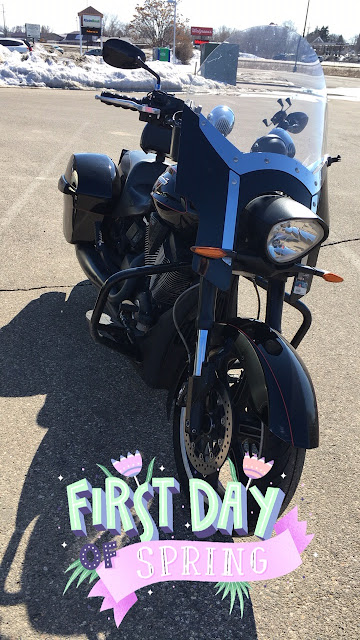