- January 24, 2018
New Years Eve - every year I hype myself up for THE BEST NIGHT EVER and almost every year, I am moderately incorrect. Not to say I haven't had some fun new years eves' over the years, but there's usually something that goes terribly poor (date fell asleep puking at a table while the band played on kind of thing). ﻿So this year I was asked to join a guy I haven't known long to Above and Beyond at the Armory... I had no idea who that was or what to expect. Turns out, the Armory is THE place to be for music during the super bowl in a month. It has been totally gutted and revamped from the parking garage that it was prior, to an amazing venue with crazy space, lights, huge stage, bars along side the main floor and suites upstairs. 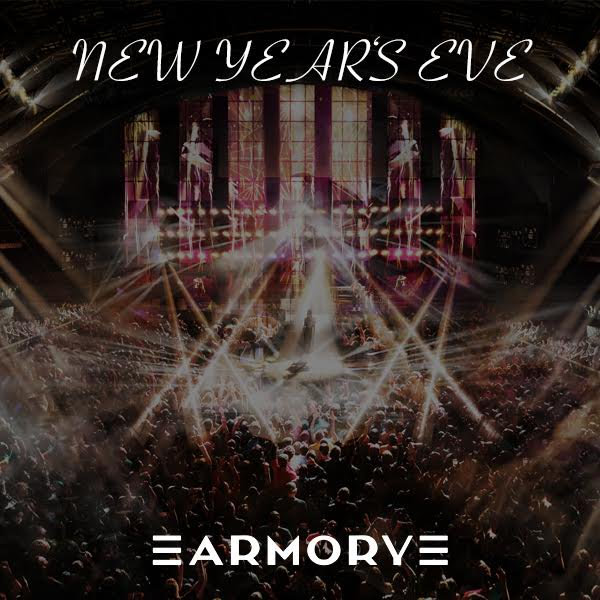 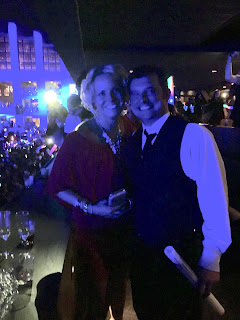 So, when he asked me if I wanted to go to the Armory with him I said yes- he's a super fun and energetic guy and between that and the experience -it sounded amazing. Not to mention he and his friends had a Suite with bottle service.   Of course, NYE date sets in the panic of "WTW" - what to wear. I hate shopping.. so off to Amazon I went, in search of the perfect dress. And shoes.. and jewelry. After trying a million things on, going to a few stores, getting my Amazon goods, and a little input from the girls, I found THE outfit - shoes, jewelry and all. And I have crazy fine hair that takes a gallon of Aqua Net to keep curls in... to I got that too. And it all turned out (if I say so myself), pretty darn awesome! I don't get dolled up often, but this is proof that a biker chick isn't ALWAYS a biker chick on the outside! 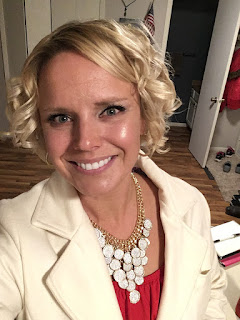 We stayed at his friends condo in DT Minneapolis - very short Uber ride, thankfully...because the temps were some of the coldest of the season so far and THIS girl had a short dress on. The guy was a peach and thought of this ahead of time and brought me a long trench to wear so my legs wouldn't freeze off before we got there. Luckily Uber was able to drop us off right at the door, so a quick high heel sprint and we were in the VIP line for the Suites, indoors... warmish. We made our way through security and up to the suite where I then met several of his friends. They were all pretty welcoming - though I was a bit overwhelmed with meeting everyone, etc. I quickly drank my slight anxiety away though and the night was a blast! We drank, we bs'd, we watched the show(s), we cheered each one on stage, light sabered with the EDM music, and rang in 2018 in hella high styled fun!
﻿ 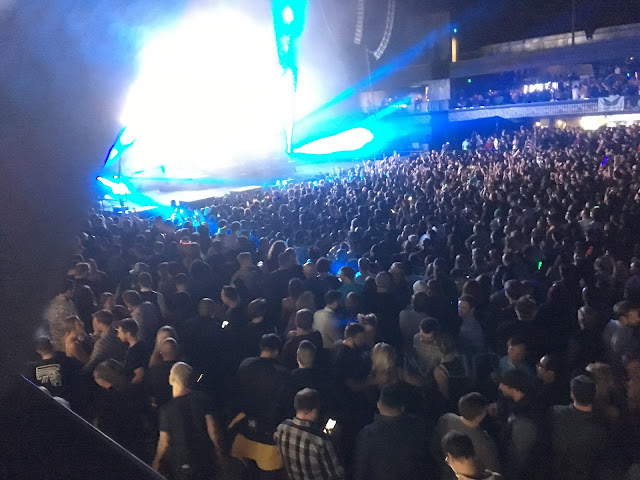 View from the Suite 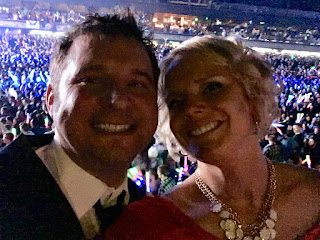 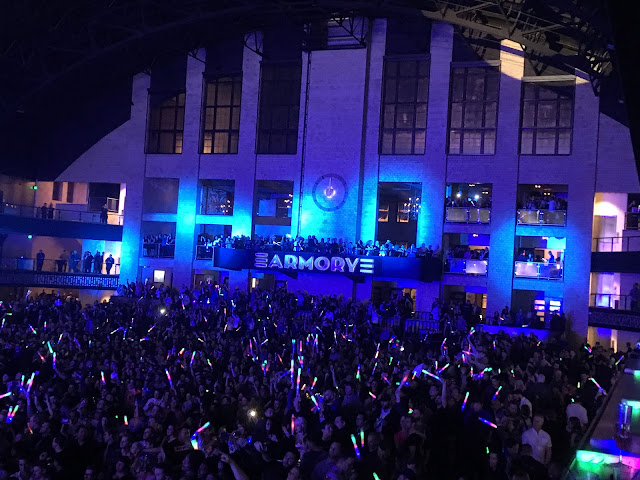 Light Sabers came out and the party amped up 100 degrees - pure fun! 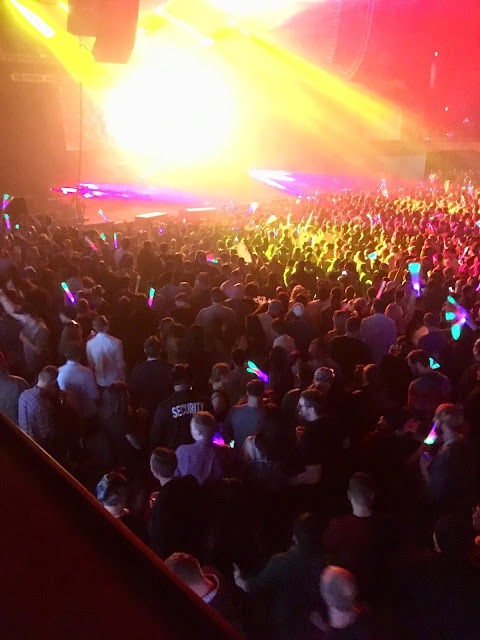 The light shows that came with each act were incredible
At the end of the night, the suite next to us left and left behind a bottle of grey goose 3/4 full.. WHAT?? Don't worry, I swooped in with my borrowed trench and saved that bottle from destruction... Yes, I (in my dress, heels, and fancy hair) was a classy lady and took the bottle home.... ;) 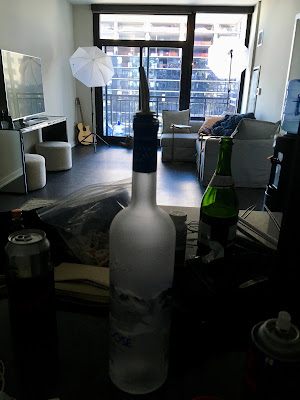 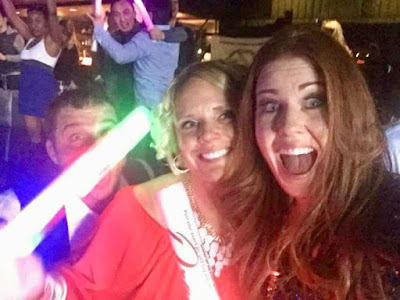 LIGHT Saber Fun - don't worry I don't think I hit him in the face too hard ;) He still has teeth!

The night seemed to go by so quickly, yet the music bumped until after 2am. We then made it back to the condo, had some celebratory champagne, made pizza rolls, and as morning was near, we rolled into bed.

And when I woke up hours later, my hair was still super curly and cute... thanks to AquaNet!!!!

CHEERS to 2018 BEING ANOTHER AMAZING ADVENTURE!!