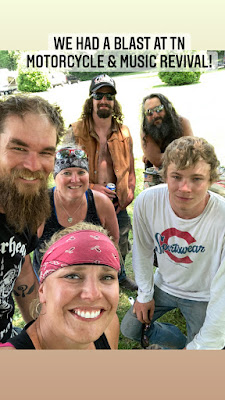 While Stiffy and I were rolling into Loretta Lynn's Ranch for Motorcycle and Music Revival weekend, ScooterTrash and FinneusNewChaps were still on the road south, battling tornado warnings, fierce winds, and torrential rains for another 14+ hours. I have always said life is about WHO you know, not what you know. While the motorcycle world is HUGE - it is also very small. Bikers just know other bikers. We are all attracted to the same events, the same roads, the same places.  The first people we encountered upon our arrival were a couple of ladies from Texas that I hadn't seen in quite a few years. I had no idea they were going to be there - it was an awesome surprise to see them and catch up!! What are the odds of being in the same place, at the same time on a 3,000 acre ranch??? 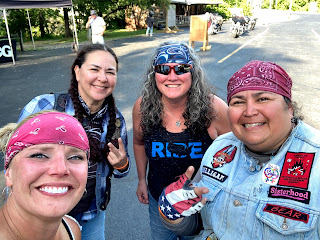 The excitement of getting to TN was fierce - it kept us going ALL night long as we rode straight through from MN. By the time we waited in line to check in, standing in the direct sun and soaking up the heat through our black leathers and black helmets, energy was zapping quickly. So when we finally found THE spot to camp, and I took out my new to me tent..the struggle was real and I gave up. 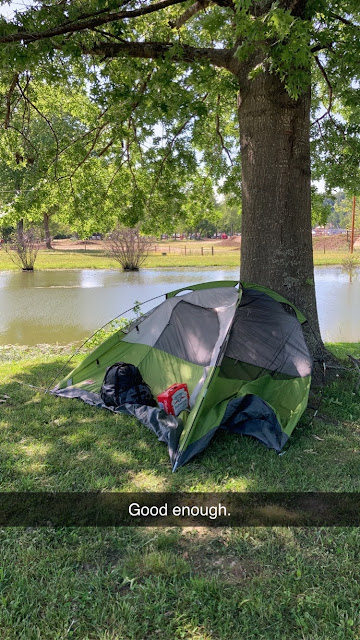 Loretta Lynn’s ranch, in Hurricane Mills Tennessee, is a huge property of over 3,000 acres, about an hour west of Nashville. The town itself is comprised solely of Loretta Lynn’s Ranch and property. Per google: When she first moved there, fans would camp out trying to get a glimpse of the country music star. Over time, she and her husband bought more and more land around the house, and turned it into an entertainment complex, of sorts. There are cabins, glamping teepee’s, a campground, lots of tent camping sites, a swimming pool, shower houses, a large dirt bike racetrack, a post office, a gift shop, a bar and restaurant, and a couple of open air bars used during events. There is also a museum, which I sadly didn’t go check out due to limited time, but I am betting it would have been awesome to see. I heard there are ghosts roaming around in the old home - between that and memorabilia, I definitely need to go back! The entire property has a clean, cool stream running through it, with a surprisingly strong current. It proved well worth the initial shortness of breath as we (non gracefully) launched ourselves from the steep rock and gravel edge of the road into the water. Nothing like a biker shower - aka clean, cool water in whatever form you can find it!!

Back to the small world of bikers, the very next people we ran into were Miller & ChipAKid who found a sweet camp spot with trees and a shaded pavilion! We ended up camping near them, under a lovely large tree which in the heat of TN sun was much appreciated. What was NOT as appreciated was the floating critters in the pond just behind our tents and bedrolls. We don't have "killer" things in MN. Almost nothing will kill you - not spiders, not snakes, not biting things. This is NOT the case in TN. When we all woke up the first morning, we were gazing into the slimy pond a mere 3' away from us when something swimming caught my eye. Then the stripes on its back caught my eye. And then the length of the thing caught me eye. SNAKE. Now, I don't mind snakes...in MN. I do not like them elsewhere - especially when they are in the water 3' from my tent (nevermind the boys' BEDROLLS!!) and longer than I am tall. Scootertrash does not like snakes - needless to say, he spent one night in his bedroll, the rest in my 'secure' tent. Which, turns out didn't save us a whole lot, but more on that later. 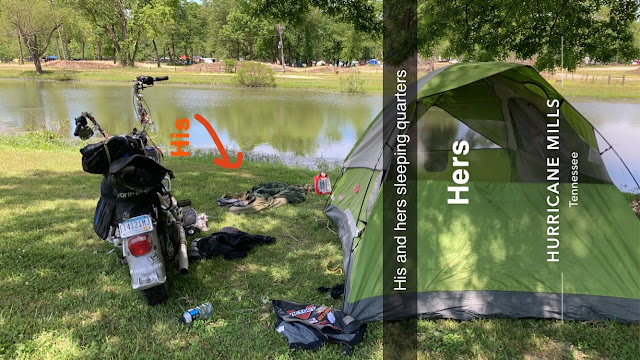 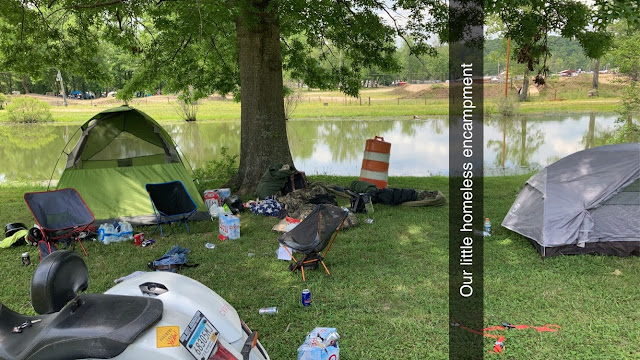 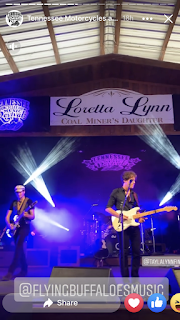 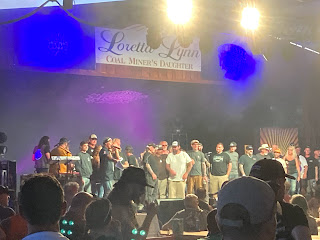 Not only was there great music, good food, talented humans everywhere... there was also flat track racing! 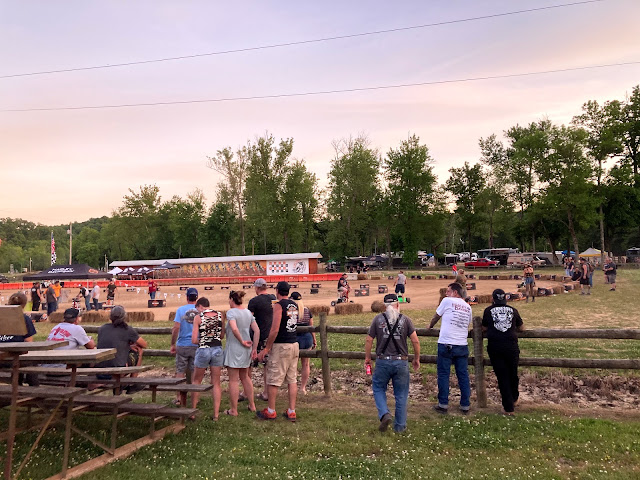 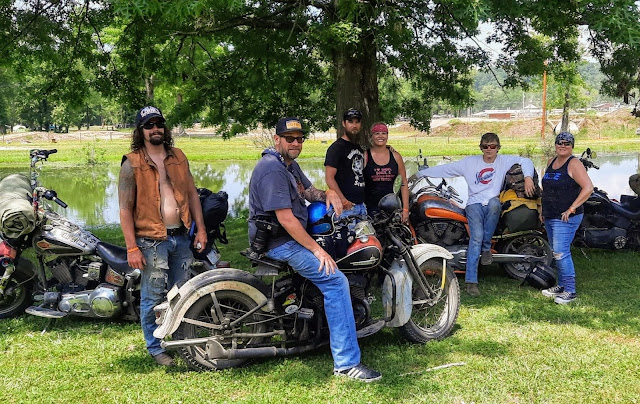 Even a hair braiding station!! LOL 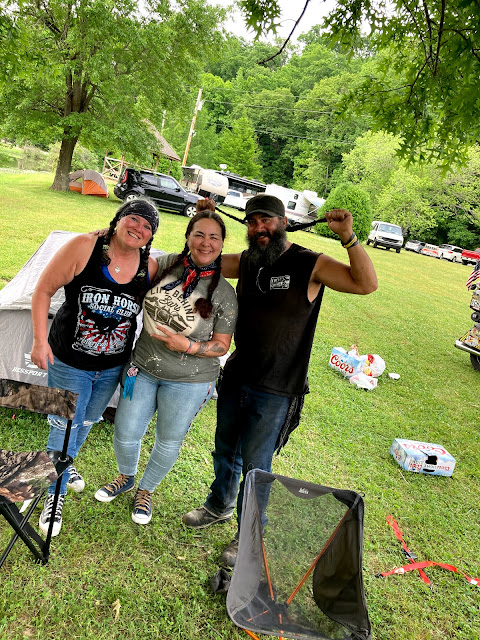