A Harley guy and a Victory Girl in Key West - playing on scooters and living in a minivan: Part One!

A Harley guy and a Victory Girl in Key West - playing on scooters and living in a minivan: Part One! 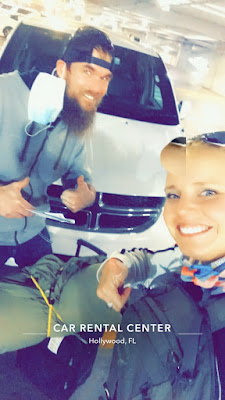 In the midst of the MN winter, I get ancy. Ancy to ride, ancy to feel fresh (WARM) air in my face, ancy to travel. If there is nothing else positive about the CoVid situation, at least there is dirt cheap airfare! It was midnight and a good friend, Scootertrash, messaged me saying he had spent a lot of time in the FL Keys. Having never been to the Keys, the conversation escalated from that to, "We should go there sometime!".  Fast forward a couple of days and I threw out some dates that would work for me in February. He replied, "I could go this weekend!" So there I was, on a random Thursday, looking at and booking flights to FL. And two days later, we were hopping a plane to Fort Lauderdale, destination: Florida Keys. We each checked a bag- I threw in  a tent and sleeping bag just in case and he had a military looking bedroll in tow. The trip started about as crazy as the idea came to fruition. I had the great idea to go to happy hour the night before we were leaving. We got back to my place and I set 4 alarms to make sure we woke up on time for our 8:22am flight. We awoke to Stiffy calling, repeatedly, asking if we were ready...I bolted out of bed to see 6:50am on the clock. I am not a morning person, but I was not about to miss this flight to WARMTH, and between our super quick movements to Stiffy's super fast driving, SOMEHOW, we made it to the airport, through the check in process, past the airport dog where everyone had to walk by 1:1, through security including my bag being pulled aside to be searched (but somehow his BEDROLL didn't set off any red flags?), to our gate, and onto the plane in the NICK of time. They were going to close the doors to the plane not even 5 minutes after we got on board. I still don't know how we made it!  What happened to my 4 alarms, you might ask?  Well, I set them for PM. ALLLLLL of them. 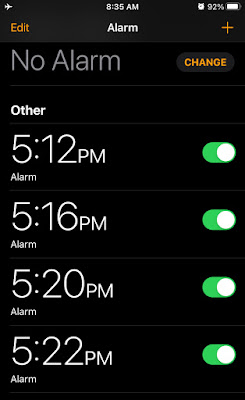 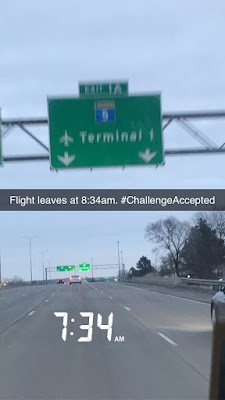 We landed in Ft Lauderdale with no plan. We had just booked the flight 48 hours prior and between packing and getting things situated for work, well, there was no time to plan. That, and neither of us like to travel with a set plan - plans lead to disappointment. As he was googling motorcycle rentals, I decided I didn't want to sit in the airport and figure out a plan, after all, we were in FL. I want to be outside! So I found a nearby biker bar and ordered an Uber. We looked a little like homeless folks who had a rough night - half of which was true. LOL. 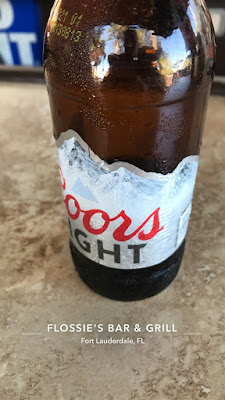 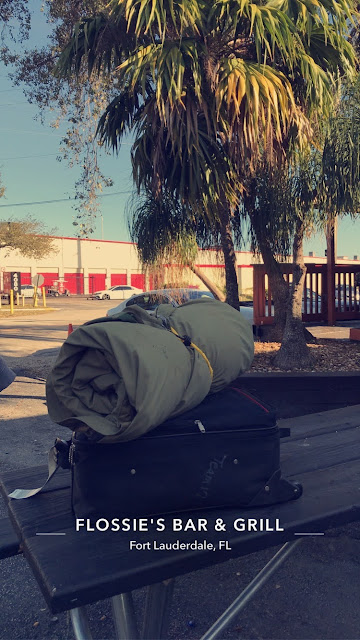 After eating, having a couple of drinks, and talking to the locals, we determined that a bike rental wasn't going to happen. Not only was a bike going to cost $200 a day, neither of us was keen on riding B*tch, so we would need TWO bikes. And that was well beyond our last minute budget preferences. Instead, we found a 2-for-1 deal. We had no home and no wheels - but at 3pm, a mere 48 hours after booking the flight to FLL, we found ourselves wandering the parking ramp "shopping" for our new home ON wheels. 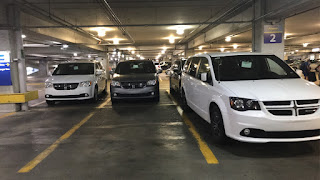 We threw our gear in our new home, a white Dodge Grand Caravan - with the seats already folded down, as though they knew we were coming! Even though the sun was setting and I wasn't going to get to check out the scenery along the way, I couldn't have been happier as to how the day had played out! (Well, I mean, motorcycles would have been THE BEST, but hey, minivans are cool too, right?) 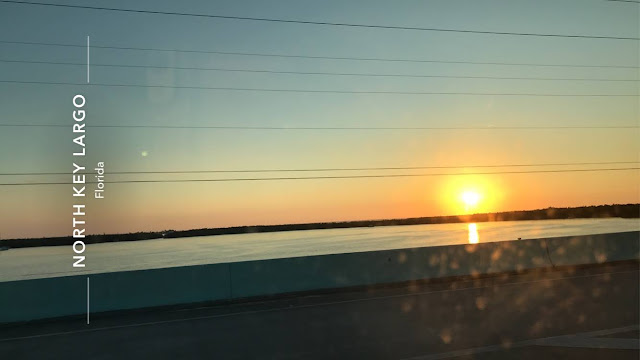 En route to the Keys, I called a campground that was recommended by another biker friend and they happened to have 2 tent spots available. SOLD! We had both a two-man tent and a minivan with the seats already folded down as our housing options. What more could we ask for? The best vacations are those with no plans - somehow, things always work out! 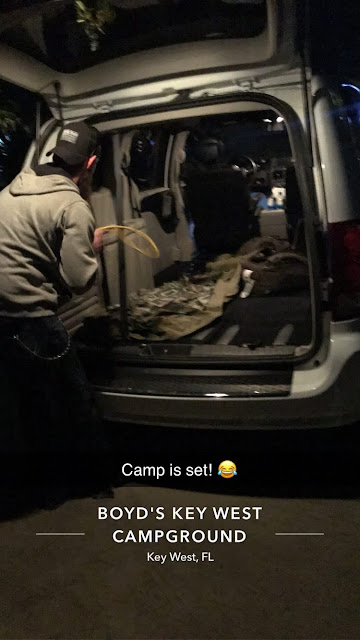 We opted to sleep in the van, versus my little 2 man tent on the ground.  #Luxury 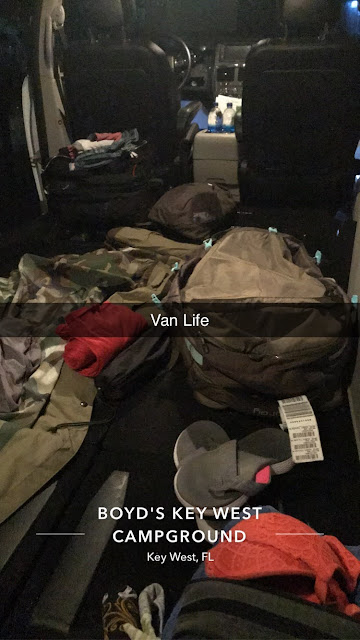