Whittaker Point, Arkansas: An amazing hike with a somewhat hazardous gravel road to get there!

Whitaker Point, also called Hawksbill Crag, near Kingston, Arkansas, is the most photographed place in the state of Arkansas. To get to Whitaker Point, there is a 2.9 mile hike that takes roughly 2.5 hours including all the photos ops along the way. The road TO Whitaker Point is a 6 mile gravel road, unmaintained for the most part, with steep inclines, huge potholes, and switchback corners. I waivered a bit on whether or not 4 girls on motorcycles could make it TO the trailhead, but I can't lie, I was bound to do it this year - even if I had to walk/hitchhike to get there. I told the girls that they didn't have to follow me... But I knew they would because they also don't want to miss out on anything, especially a great hike with photo ops at the end!!!  We turned off of 21 onto gravel road #9560, which is straight. For roughly .25 miles. Then the road took a sharp right, followed by a sharp left and from then on, the road 100% matched the reviews I read online: boulders, potholes, switchbacks, and steep inclines. 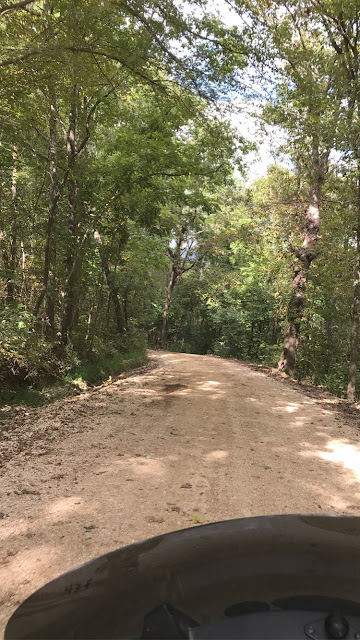 We followed a slightly lifted truck from the straight stretch to the first corner. I foolishly thought if I kept up to him, I could foresee issues in the road. Well, that didn't last long at all, as I took my phone out to take a photo of the truck and the rough road, I saw the truck bounce in the air, and then as hard as I tried not to, I followed suit. My butt came off the seat as I clung to my right handlebar with all of my might, and clung to my phone and half my left handlebar with some of my might. 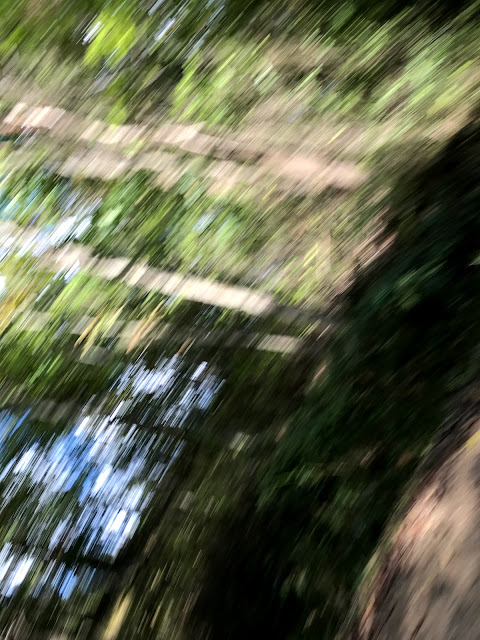 I quickly tried to look back and warn the girls not to follow my EXACT path, but as I started to turn my head, BAM! Another pothole quickly returned my focus to the road ahead and well... I guess the girls would have to fend for themselves. It didn't take very long for the truck to be out of sight, leaving 4 girls on motorcycles looking more like 4 girls on pogo sticks - I could occasionally see the tops of their helmets as I started into the next switchback. 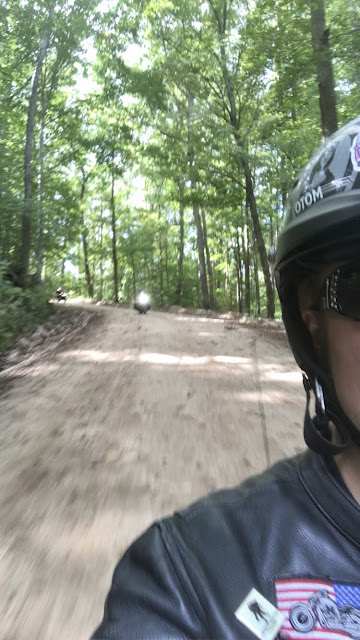 I was laughing hysterically the whole way - laughing that I thought this was a good idea and laughing even more that I had three girls following me on this slightly crazy idea.  The first vehicle we passed going down the hill was a super jacked up/lifted 4x4 SUV with ginormous knobby tires. I can only imagine what the driver thought as they passed my bike. And then another bike, and another bike, and another bike. After a few miles of hazardous riding, bordering off roading, we came to a straight stretch with a random church and cemetery along the road. I pulled over and stopped to take a break - my hands were tired from gripping so hard and my eyes needed a minute to blink - something they hadn't done since mile 0.25.  The good news?   No one was saluting me with their middle finger and/or crying.... the bad news? Directly ahead of the bikes was a section of road made of red muddy clay. The kind of mud that just LOOKED like it could suck us in and force us in whatever direction it wanted to. Being a smart rider (lol), I decided to walk the next stretch of road to see just how 'sinky' the mud really was. Most people would've turned around after 0.25 mile, and if not, they most likely wouldn't attempt the next stretch.  But, like I said,I was DOING IT this year! 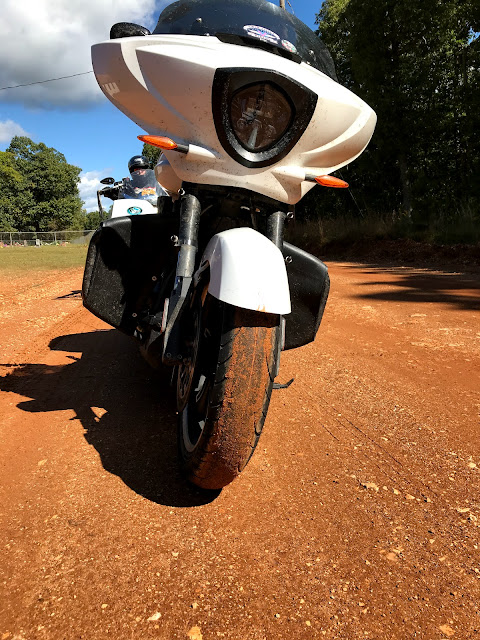 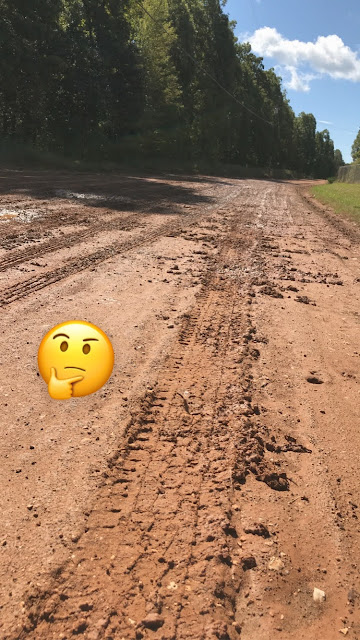 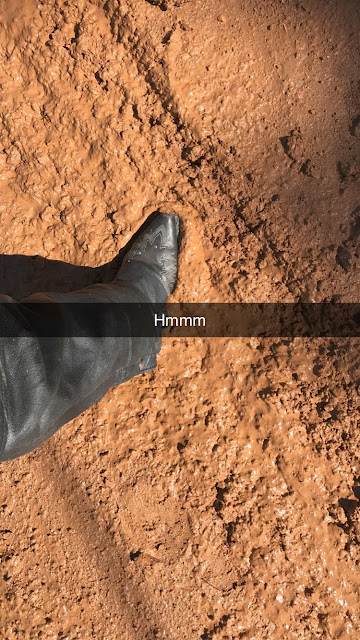 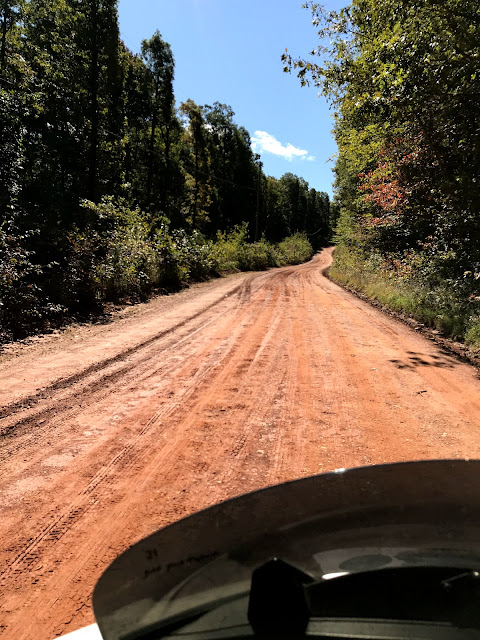 We went one by one so we could help each other pick up the bike if any of us fell over in the mud. Thankfully that did not happen AND we all got through just fine! 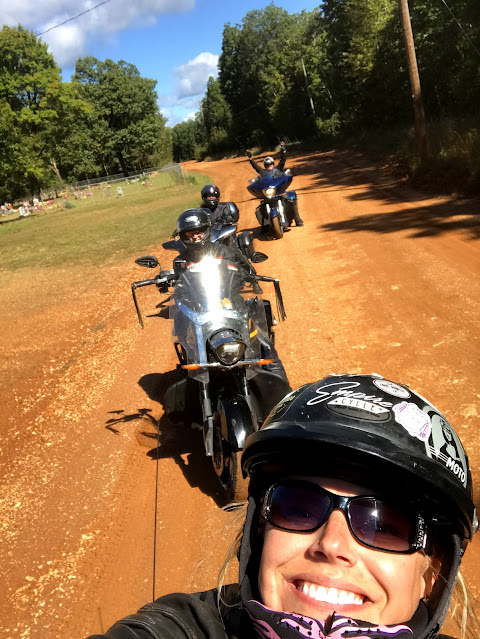 After the mud bogging, it was rocky, but no major or potential disasters to dodge on 2 wheels. The parking area for the hiking trail was sketchy on bikes, but we managed to find a spot where our bikes could wait for us without tipping over. 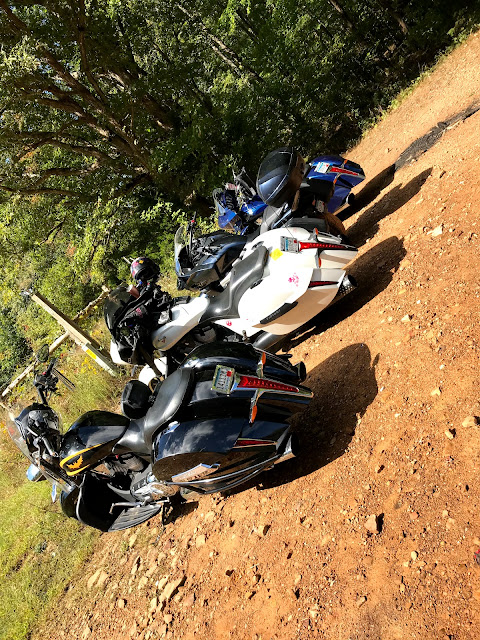 The hike to the point was pretty easy - great views through the woods with lots of warning signs reminding us of the cliffs to come! I would point out that cowboy boots are NOT the ideal footwear for the trail, but they did get me there and back and I didn't break an ankle! 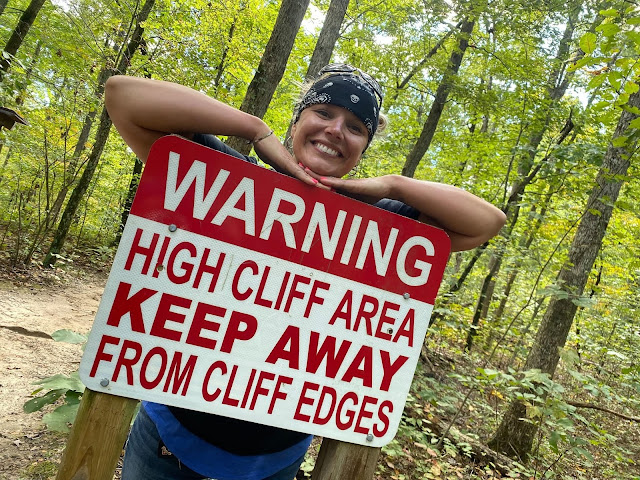 When we started to see glimpses of the bluff views up ahead, I could just tell it was going to be as breathtaking as the pictures I had seen online, and it was!!!! 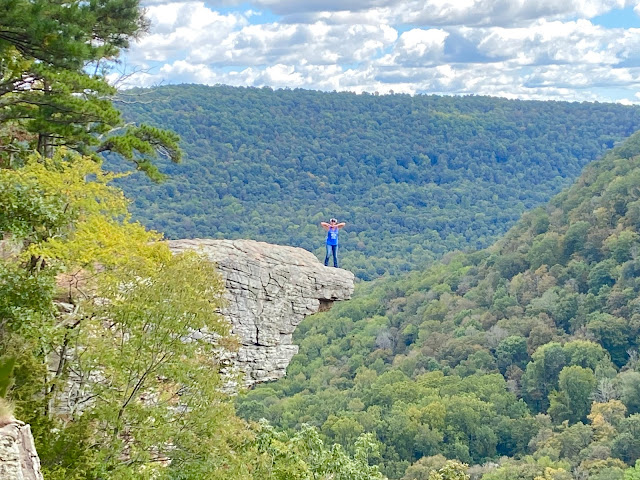 We lucked out as we hiked it on a Monday morning and there were people around, but we didn't have to wait to get onto the lookout or fight for a spot to take pictures.  We met a couple with a super nice professional camera and a timer - they took some group shots for us while we had some fun and showed our true personalities!!! 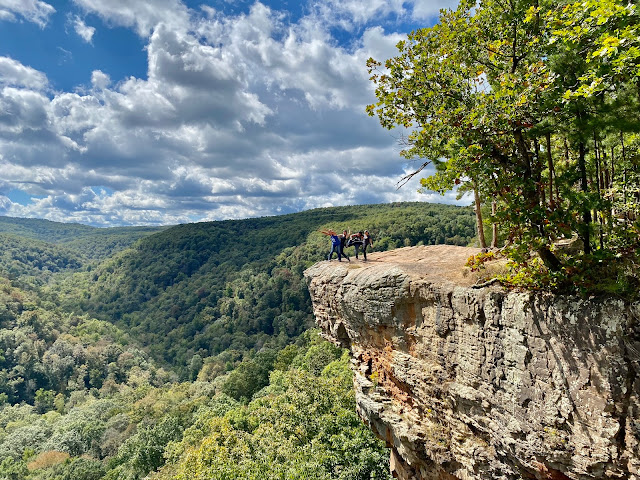 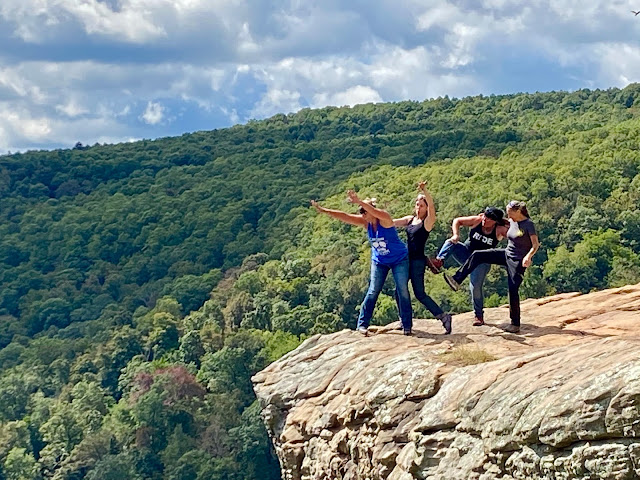 After taking several photos, we just sat and soaked in the amazing views in front of us for awhile before hiking back to the bikes. We heard many comments of how crazy we were to be riding bikes on that road and for hiking in cowboy boots. We even had a gal ask to take a pic with us because she was amazed at the fact 4 girls were riding bikes, especially through that terrain. It was a fun day and the hike was 100000% worth the mildly treacherous path to get there! 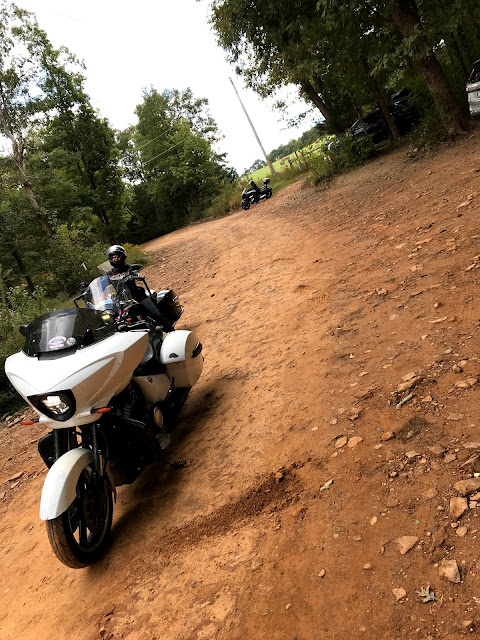 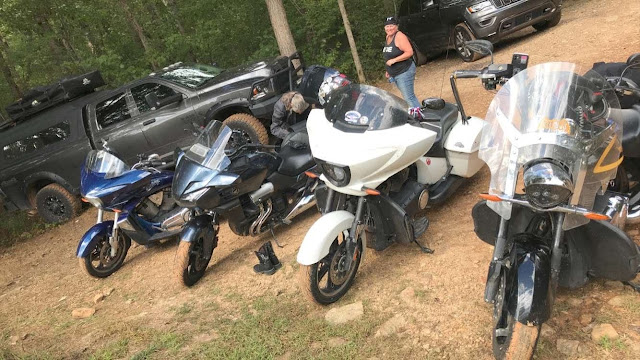 If you are in the area and comfortable riding on rough roads - with a bike that has decent clearance - this is DEFINITELY worth checking out!!!!!   Super happy to be able to cross it off my bucket list! And I will probably do it all again someday!