It seems so long ago now, but in recent weeks there really was WARM and SUNNY weather in the Midwest. 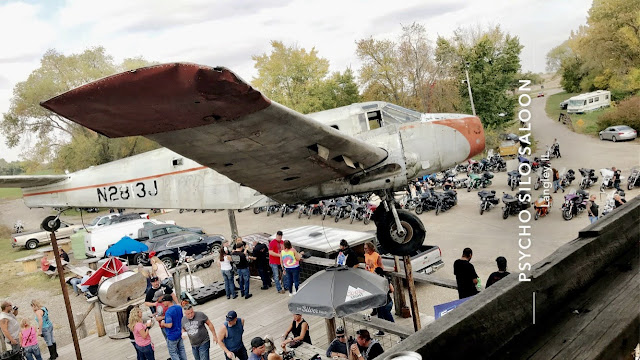 Not wanting to waste a perfectly good 2 days, I researched various places - and by research, I mean, I wrote down the city and the predicted forecast. And then narrowed down the options. Stopping at the Plywood Palace in northern WI is high on my list of stuff I want to see and experience. Just north of there is the US's biggest Apple. And just south of there is a 'Tornado Boat in Tree' - all quirky roadside attractions with the sole purpose of a laugh and a picture. My parents live in northern MN - seeing the weather prediction of highs in the upper 70's, in northern MN, in September - that's a rare occurrence. So at midnight the night before I was going to hop on the bike and roll out, I sent a text message to my dad and to Stiffy - laying out my half-assed idea and seeing if they would want to join in on the fun.  Stiffy was game, my dad was sound asleep (as a normal human should be in the middle of the night) when the memo came through, so when I woke up in the morning, I called my parents. And they like to sleep in, so I was pushing my luck at 8am. At this point, I had been awake for over an hour, and had only slept a few hours since planning out a generic idea - so between my ADD, the excitement of hitting the road, and my trusty morning Diet Mountain Dew seeping into my veins, I was FAR too awake and animated for my parents to be answering the phone from a dead sleep. But they did, and they caught the gist of my call - once I slowed my speech down a hair. My mom is a 'perfect weather rider'. She gets cold easily, so unless its predicted borderline tropical temps, she doesn't care to ride. But, as luck would have it, they had already planned on riding today to get breakfast and putz around. That was half the battle - getting the idea planted in my moms brain. This only elevated my excitement and therefor, the pace in which my words were flying out of my mouth. I hung up with them and headed to meet Stiffy at the gas station- at which time I called my parents back to see what they were thinking. They were hesitant, but game to meet up. YAY!!!! Hanging up, I checked the weather again. Not so good today. Yesterday said highs in the 70's. Today, the same areas had highs in the upper 60's. While the rest of MN and WI were going to be closer to 80. A quick consult and another phone call to my parents had a change in plans. They were going back to their original plan and Stiffy and I reconvened on ideas. Basically, in the course of 8 hours I went from no weekend plan to roughly 5 different ideas per hour. Instead of heading to northern WI to check out quirky roadside attractions, we decided to head south to even warmer weather. Stiffy and I had heard about Psycho Silo Saloon earlier this summer - while its literally in the middle of nowhere, a pretty boring ride to get there, and neither of us are 'bar hopping' riders - we both looked at their website, saw a cute hoodie we wanted, and that was literally the deciding factor. A hoodie. Halfway into the boring ride, we started laughing, "Man, I hope they HAVE a hoodie for us!!!".

We stopped for the night in Savanna, IL, a popular motorcycle destination town along the river that has a couple of well known biker bars (Iron Horse and Poopy's). 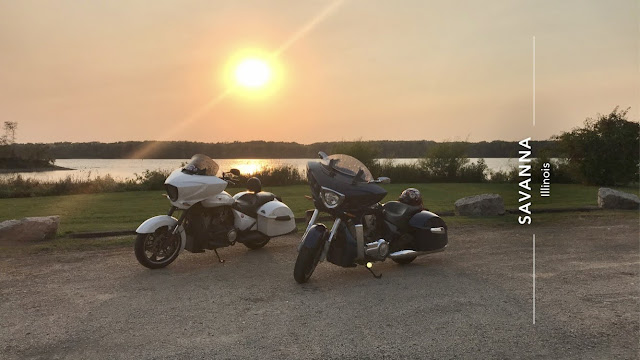 It was Friday night, and while we got into town a bit early (5pm), the town was DEAD. There were two bikes along the main drag. We went in to check it out - dead. We had one beer while looking up somewhere to stay. There was a couple at the table next to us (the only other patrons there) - who said there was a local guy who bought a hotel near town and they have a free biker shuttle to town. Sold! We booked a room at the Sure Stay Best Western and went to check in. We hopped the shuttle to Poopy's - again, assuming Friday night would be hopping. Nope. There were maybe 20 people in the entire Poopy's complex - which is huge. Its a bar, a concert venue, a restaurant, a biker shop, a tattoo parlor, and a campground all in one. And it was a ghost town for a Friday night. Defeated in the moment, we called the shuttle and headed back to the hotel bar - which was busier than either of the biker bars we stopped at! We made friends with the locals, got schooled in many games of darts, and had a lot of laughs. 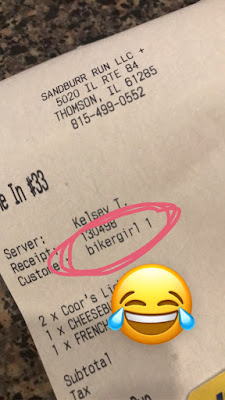 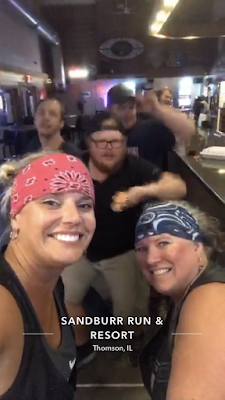 The morning was a rough start for this girl - as I started to come around, got some food in my gas tank, and fuel in the bike's gas tank... we stopped by Mississippi Palisade State Park just outside of Savanna - well worth the stop for the amazing views!!!! 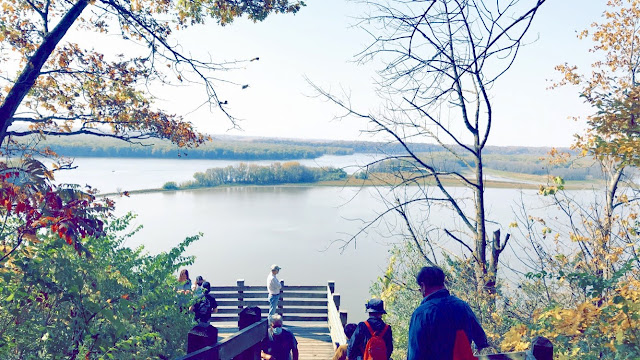 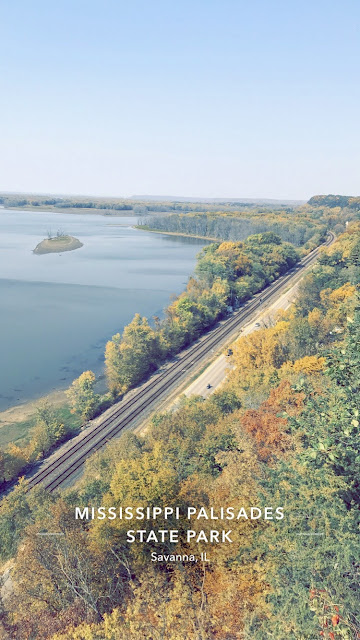 Then we headed south to Langley to get our hoodies! After a night of shenanigans, it felt like the longest ride of my life. We finally got there - and had it not been for the bikes ahead of us turning, I would have missed the turn completely. It is literally in the middle of nowhere. We turned down the gravel/might have once been paved driveway, and followed the bikes ahead of us through the grass to park the bikes along the driveway. There is a large parking lot right in front of Psycho Silo Saloon - but I am more of a 'I want an easy out and don't care if anyone sees me on my bike' kind of biker. 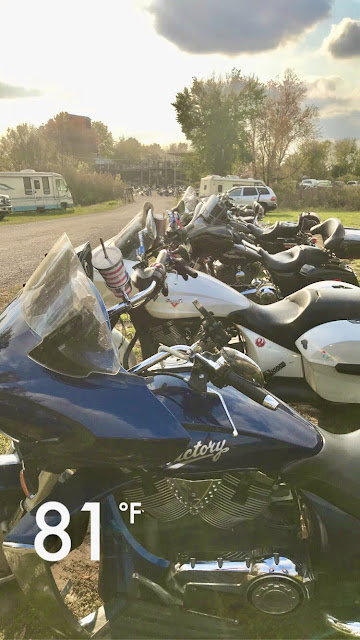 Psycho Silo's was definitely the place to be! There were tons of bikes and tons of people throughout the 2+ story silo saloon, complete with a full size school bus on the deck and a real plane hanging over the lower back patio bar and food area. There was a lot to soak in - so many cool things to look at - pictures don't do justice. 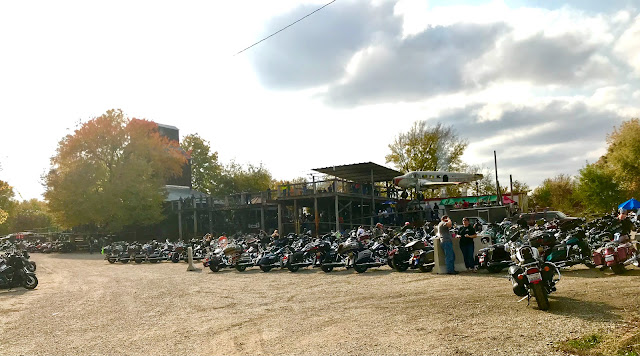 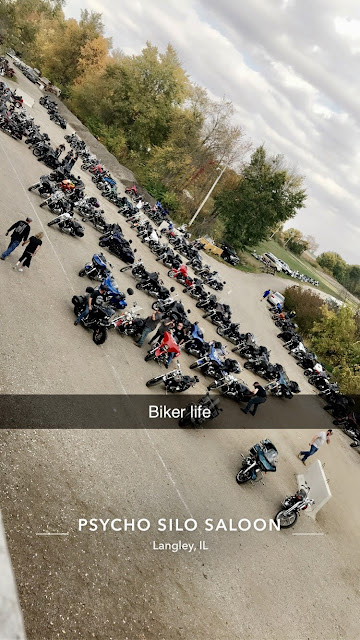 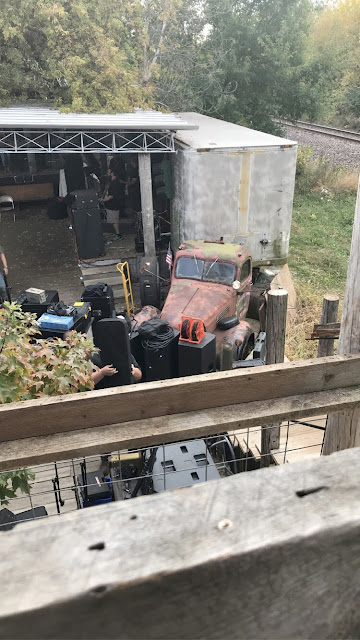 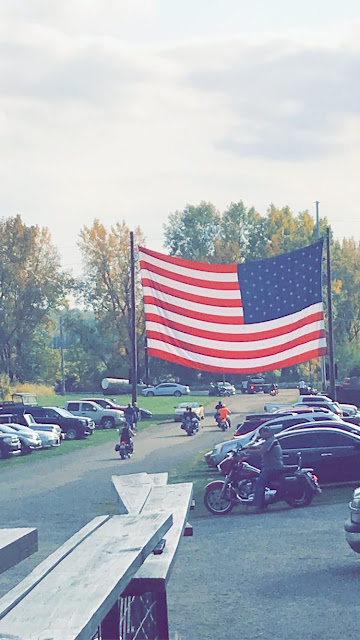 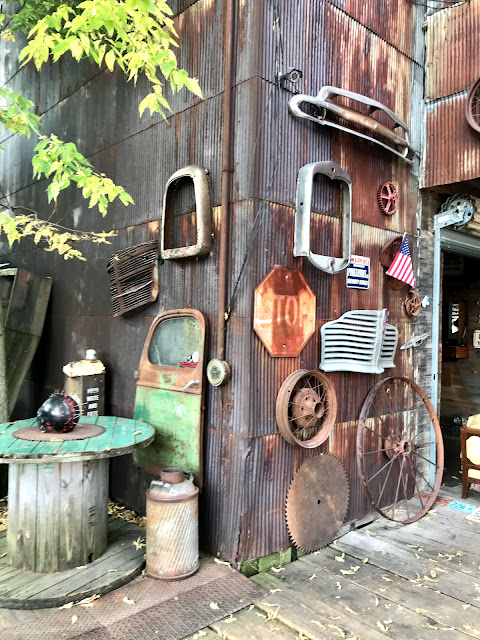 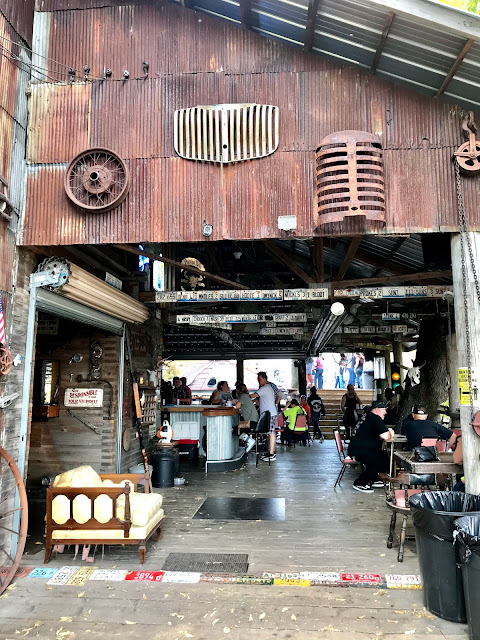 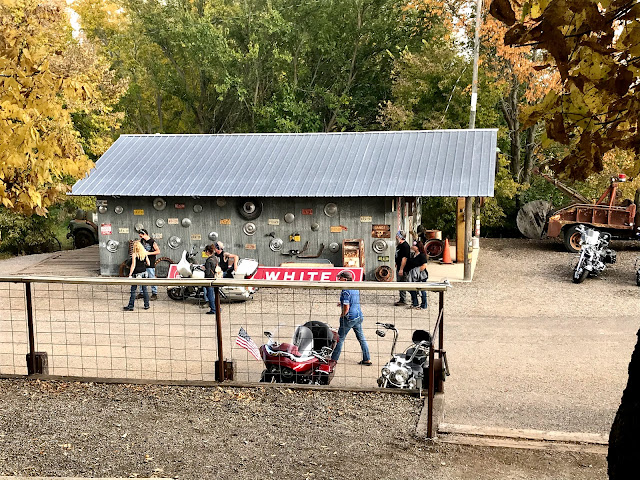 The place is BIG and hard to get good pictures of that actually do it justice! 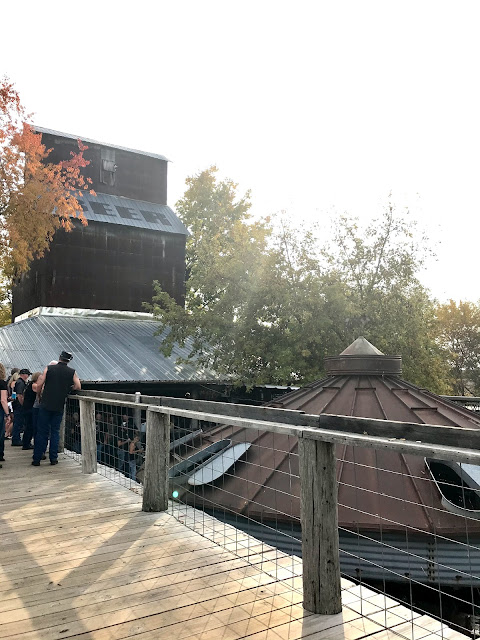 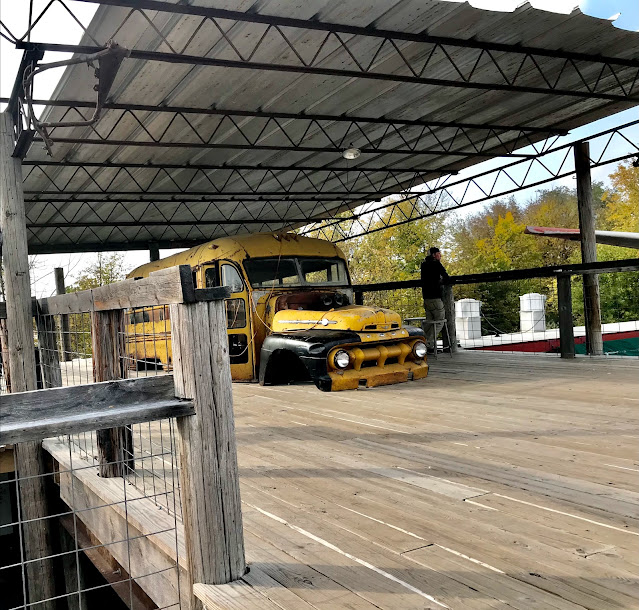 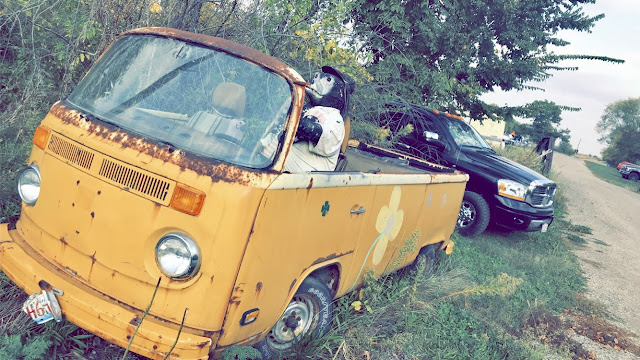 And bonus!!! They had hoodies for us!!!! (Not my pic, but it is the hoodie I got!! I took this pic from their website) 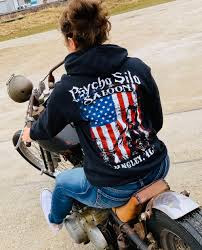 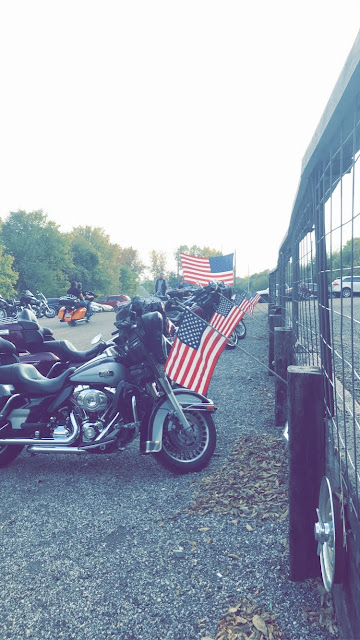