- July 20, 2019
If I had to pick between taking a planned vacation or just winging it, I choose winging it, hands down.  Last summer, I really wanted to go to West Virginia and 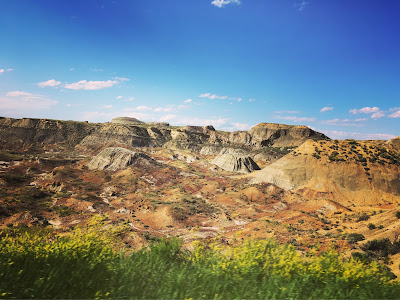 some the fun corners. I recruited Stiffy to go with me, literally days before - told her the plan was leaving at 6am, heading east. We met at the gas station and I check the radar... 70% chance of heavy rain and high flood potential every day for the duration of our trip. Screw that. I don't mind riding in the rain, but I don't want to spend 5 days in it if I don't have to. We gas up and I casually mention the sudden change in plans - and off we go west. Without even a hint of shock, Stiffy reached in her bag, and laughed as she handed me a plastic bag with papers inside. Iron Butt paperwork. Well, that upped the game - can't just let perfectly good paper go to waste! We hit the road at 7am - destination: East. West. There is NOTHING exciting, interesting, or fun between Minnesota and Montana besides tornado like sidewinds to fight. 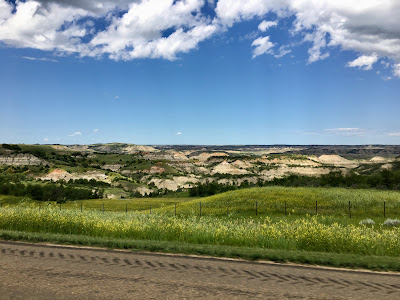 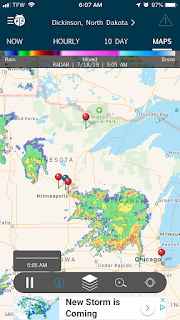 So while blasting through North Dakota, staring at wide open spaces and appreciating the occasional vehicle or animal to give us a break in our blank stares, I had plenty of time to think of a destination to head towards. Going to the Sun Road. I remember going on it as a kid, in the truck. My mom had motion sickness really bad so she was napping. My dad is a lot like me. We both like photography. And we both like challenging roads to ride on (or in this case, drive on). Not one to miss the chance, my dad takes out the Camcorder - the ORIGINAL style camcorder - the put it on your shoulder, swing the eye hole out, put the blank VHS tape in, and record. There we were, soaking in the adventure and the sights -corner after corner, cliff after cliff. Suddenly, there was a shriek, followed by, "WHAT ARE YOU DOING??????". Oops. Mom woke up. And not one to like cliffs or sharp turning roads, she was less than pleased to look over at my dad, who was driving along without a care in the world, with a ginormous camcorder on his shoulder. He replied, "Well, you were sleeping." I don't remember the events that happened after that, but I am guessing there were some wide open, piercing eye contact, and an overall sense of displeasure blatantly plastered on my mom's face. As Stiffy and I are blasting through North Dakota, something triggered the camcorder memory. And that moment sealed the deal. I aimed the bike west and off we went towards Going to the Sun Road.

A couple hours later, after a quick rest stop, I got a second wind. This ride was going smoothly until I passed a semi, which flung a rock in the air and straight towards my face. I tried to duck, but my chubby-cat like reflexes weren't fast enough. I failed and the, now ginormous looking rock, heaved itself onto the bridge of my nose. It hit right where the bottom of my sunglasses meet my nose, which happened to be the skinniest, bony-est part of my exposed body.  I had instant tears as I was blasting down the freeway at 85 mph, with sidewinds coming at me at '100mph'. All I envisioned was a broken, dangling, and bloody appendage (nose)(not an appendage, I know)  hanging off my face while trying to maintain shiny side up and keep the blood from streaming from my mangled nose, straight back across my cheeks, over the little hump of cartilage just before my ear, and into my ear canal. Dramatic, yes. But it hurt. Then it stung and throbbed. Not wanting to stop (we had just stopped to pee) I just grabbed my nose repeatedly to ensure it was still intact while wiping away blood on my jacket sleeve. Yep, it’s as attractive as it sounds.  If any guy was in any way checking me out on the bike today, I couldn’t even see them if I wanted to behind the tears, blood, and sweat combo I had going on my face.  Oh, and the now dried, wind swept blood on my jacket sleeve. ATTRACTIVE.  I don't have a picture of this scene. This is the best I can find to clearly explain the aftermath that I envisioned: 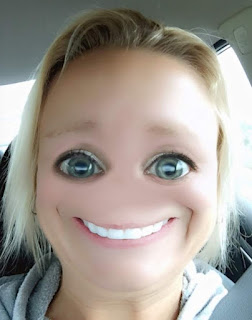 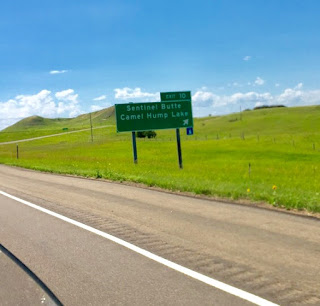 After several hours of boredom, the tiniest hint of humor made me giggle and take a picture.
I love that the speed limit in North Dakota is 75 and in Montana it's 80mph. This helped fuel the last few hours of riding - destination:  Just over 1,000 miles from MN. We made really good time winding up in Great Falls Montana at 11 PM. 16.5 hours and 1,031 Miles. Not too shabby for not having planned on doing an Iron Butt and not having the slightest clue where we were headed when we left Minneapolis at 7am, other than East. West. 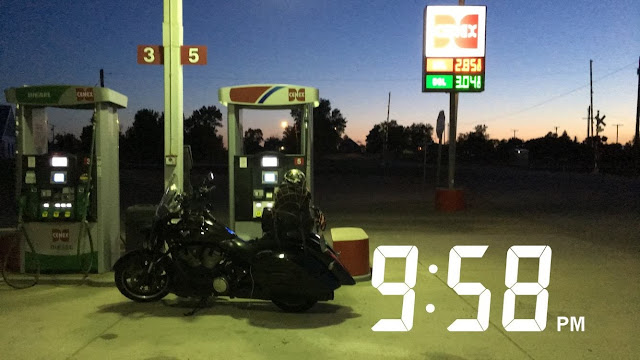 I don’t know if any iron butt ride can be considered “easy“ but if I had to pick one, this is the easiest one yet. Great weather, no traffic, no bike issues, and there was only a two hour span in which I was super tired and probably borderline sleeping. Our windburned eyes are definitely ready to close for awhile... 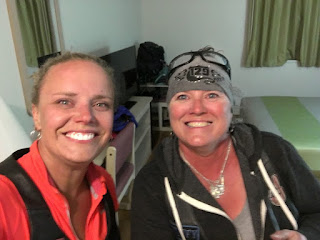