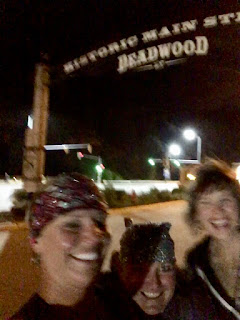 Deadwood has always been a fun town to stop in, but this is the first time I have stayed there and it was a good time! There was a rodeo going on in town, but traffic wasn't all that bad. Our hotel was right at the top of the hill as you come into town from Sturgis. The road between the two towns is one of my favorites (lets be honest, I have a lot of favorite roads in the area!). Once we rolled into town and settled in a bit, we went out downtown Deadwood a couple of the nights - checked out the local scene and tried some of the local flavors. 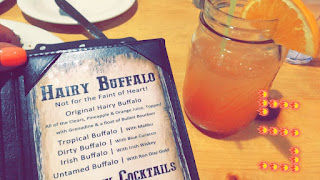 Of all the casinos in the area, I don't know that any of us actually gambled... I hit 77,777 miles on the bike and had big goals of playing slot machines that night, but completely forgot about it. 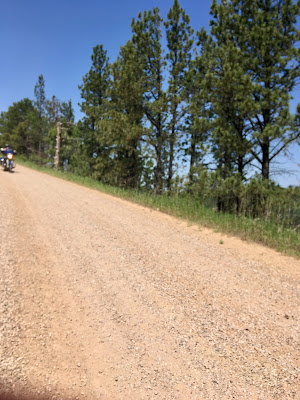 We did a lot of riding in the hills - I found a few new roads to tackle, but my over eagerness got the best of me right on the first day by thinking this was a gravel road that would lead us to fun things - which I am sure it would have.. had the gravel not been life threatening and bike pulling and awful! Once I realized the poor condition of the road, we were already committed. And the road was too narrow to turn our nearly 9' long bikes around just anywhere. Plus we accrued a couple of vehicles behind us early on.. so it was a dicey ride for roughly the 1.5 miles we had to go to find a safe enough and big enough spot to turn around. I could feel the nerves of the girls right with me and felt pretty bad for this oops - and hoped that since we are all very skilled riders, we would make it back down the mini mountain unscathed, which we did. ﻿ 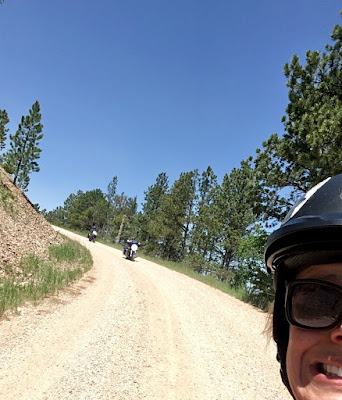 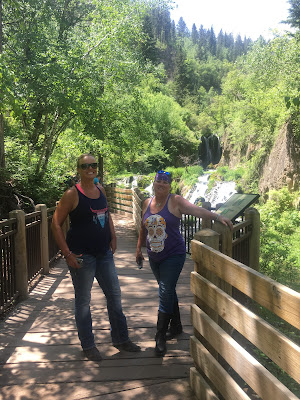 We found a couple of great little hikes in the woods - one to the Roughneck Falls which I had never been to before. 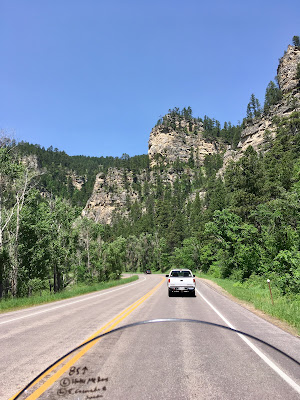 Blackhills are so beautiful! 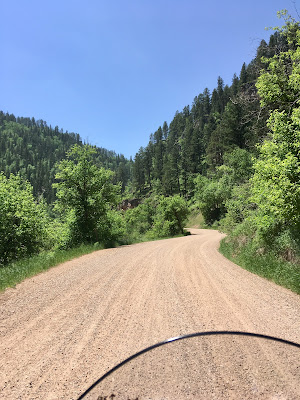 Another gravel road- this one on the way to Roughneck Falls was far more manageable than earlier in the day! 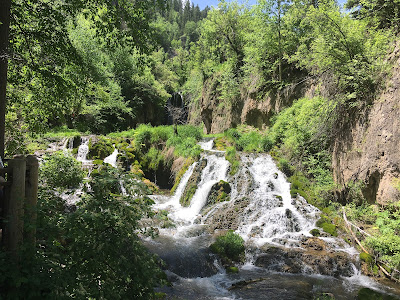 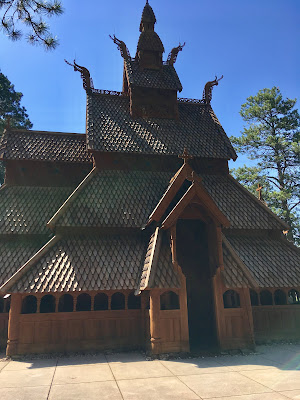 We stopped by Chapel in the Hills - very cool place. Havent been there in over 10 years - the architecture is impressive to say the least! 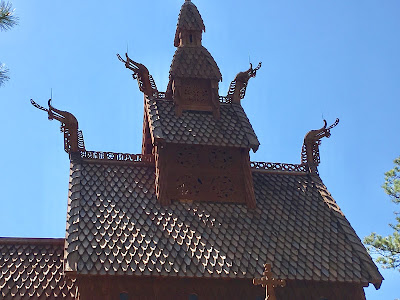 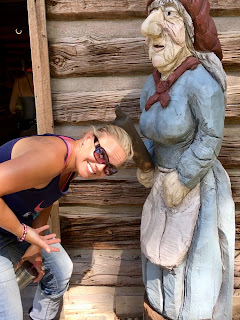 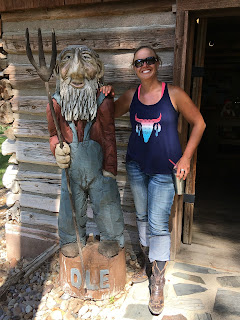 My grandma Ole would be proud
Lena - beating me with the rolling pin ;) 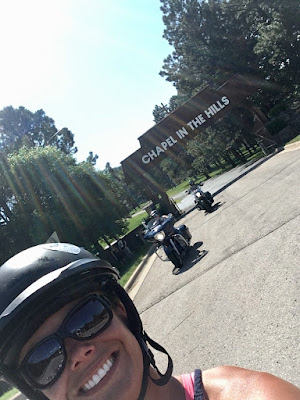 I love Needles Highway - the ride, the twisty roads, the tunnels, and of course, stopping to hike around the rocks. I'm always the one who wants to see what is around the next corner or what is over the next hill. Same is true for rock climbing. There's always a 'better view' at the next highest rock. But, when I ride, I wear cowboy boots. And Cowboy boots aren't necessarily the best for rock climbing. Knowing this, I take it easy and dig my toes into crevices for support and then, well, hope for the best and hope its worth the picture!! 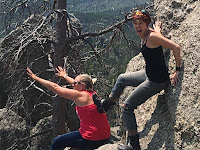 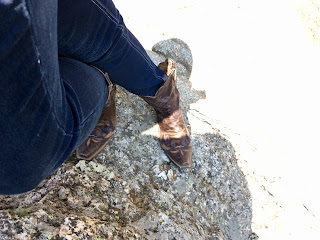 Sheila and I messing around... And my trying to figure out what to do with my feet next as I climb higher and higher...

TOTALLY worth the amazing view!!!!! 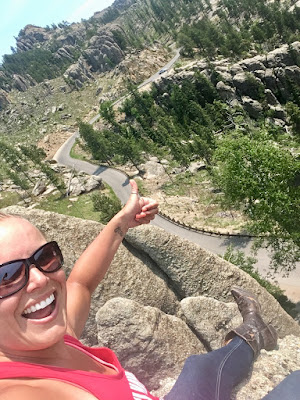 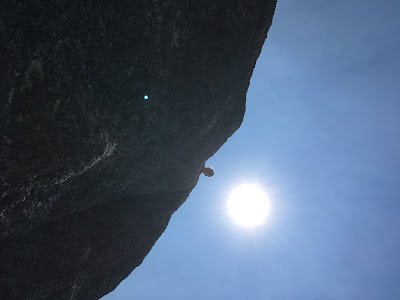 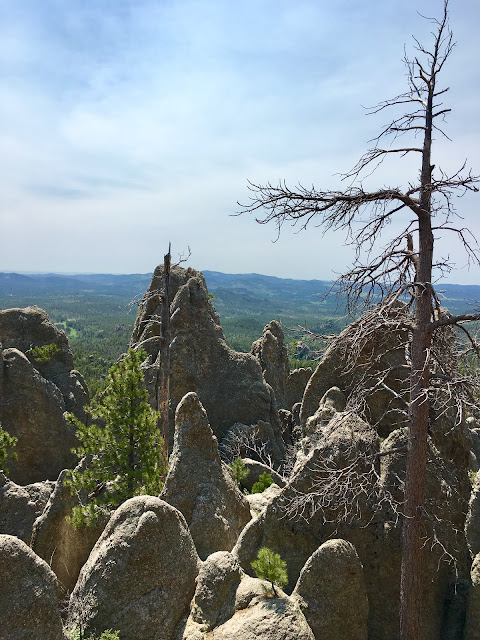