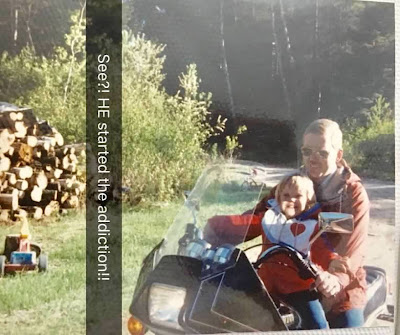 Ever since I can remember, my dad has been an inspiration. As a kid, I would watch him everything and anything. I always wondered how he knew seemingly everything about everything. While I don't remember his first motorcycle (that he owned in my lifetime), I have a great picture of him and I in the driveway and the smile on both of our faces, even at my young age, says it all. I remember when he got his Honda Goldwing - the thing was a beast of comfort. Music, armrests, heating/cooling options, tons of space to carry stuff - it was a Cadillac of a motorcycle for sure. He and I would ride to my grandparents house 3-3.5 hours away and it never failed that I would be so relaxed I would start to fall asleep, waking only as my helmet smacked into the back his head and helmet. Jolting me away to continue soaking up the sights, smells, and sounds. I loved riding on the back of the bike, anywhere and everywhere. That inspiration carried me into adulthood and onto my own motorcycle. 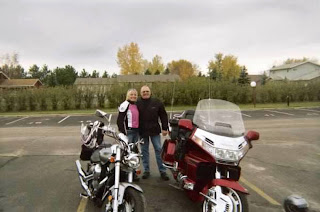 I am beyond grateful to grow up on the back of my dad's bike and to continue that riding tradition by doing trips with him and riding around with him every summer. My mother once thought my dad had a hoarding problem (hoarding motorcycles), but then I kept accruing bikes and well, I think she has given up on razzing him about it, because now, it is basically 2 against 1. (She fully supports both of us, but its fun banter). Between my dad and I, we own 8, if not 9, motorcycles. Opposite of what a lot of parents might say when calling to ask, "Should I get ANOTHER bike? I found this good deal in Texas..." my parents said, "YES."  Thinking they would  suggest I didn't need another one, YES put me into hard core 'should I or shouldn't I' mode. Not even a day later, they asked if I got the bike. When I said not yet, they upped the ante and said, "We will give you some money from your inheritance. Go get it." And that sealed the deal. I didn't need the financial help, but I really didn't need another loan either.  I got both and was beyond excited to plan our annual Father Daughter Ride! 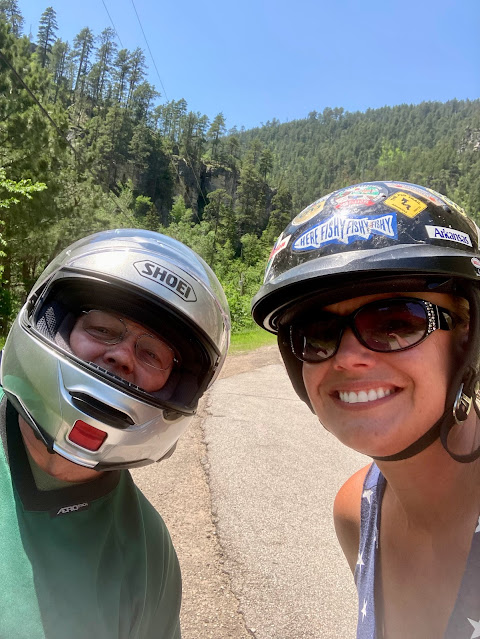 My dad has been to the Beartooth several times. We used to go there as kids, but in the truck camper, not on bikes. So my goal has always been to ride Beartooth Pass with my dad. THIS was going to be our year to do it! We left on a 6 day trip west, only to encounter 20+ mph winds the ENTIRE way through MN and into South Dakota. Day two, the wind got stronger - by the time we stopped on day two, the winds were 42mph with 60+ mph gusts. 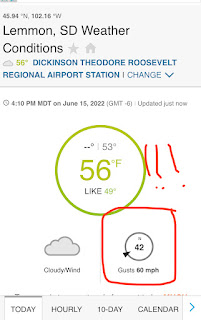 Flags were standing sideways. My dad was ahead and looked like he was leaning into a never ending sharp corner - while going straight. 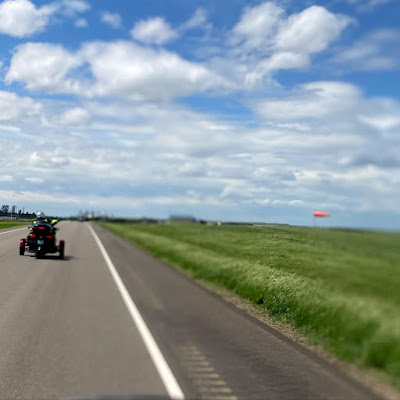 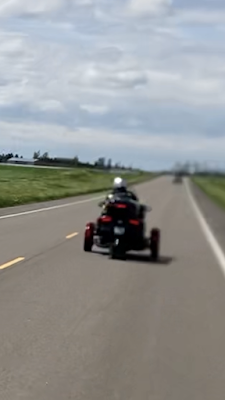 It was almost painful on the neck and back to hold that position for hundreds of miles, fighting to stay upright and to stay on the road, both of which at times were questionable. And if my neck and back were sore, surely my dad was feeling the same, if not worse due to a fused back and neck issues. We made it to the western edge of South Dakota and had to call it for the day. The winds were only getting stronger and the effort to remain upright and on the road was nearing impossible. When we found a hotel in Lemmon, SD, we could hardly see across the street because the winds were kicking up so much dust, sand, and ish. We were tired, sore, half deaf, and sandblasted by the time we unpacked the bikes.

The next morning we detoured to the 'World's Largest Petrified Wood Park'. For someone who doesn't get excited for petrified wood, it was really fascinating to see in person and learn about the guy who started the park was a young entrepreneur with dreams far larger than most in that time. 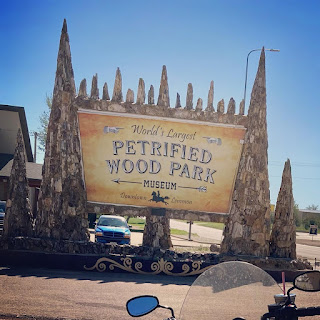 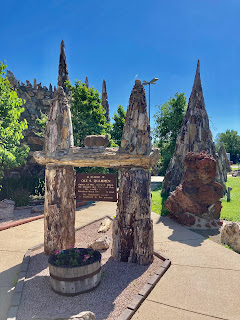 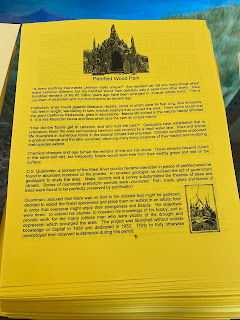 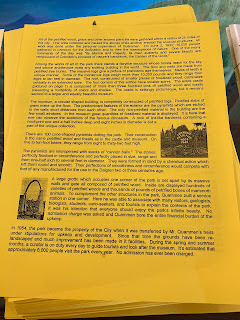 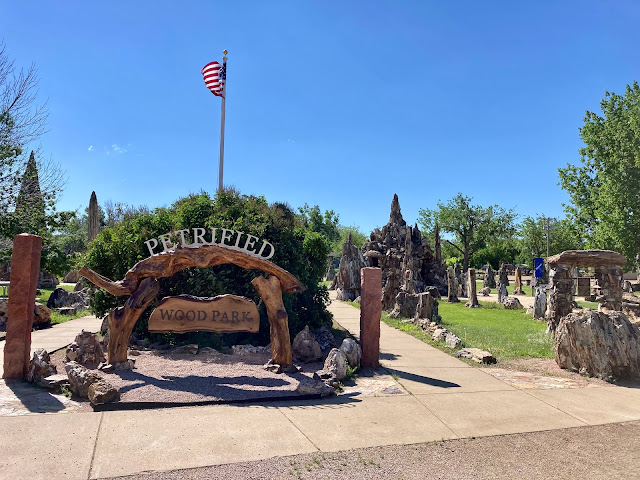 As we left Lemmon, not even 3 miles outside of town was a trailer tipped on its side along the roadway. It had succumbed to the wind, just like we probably would have if we had kept going!!! 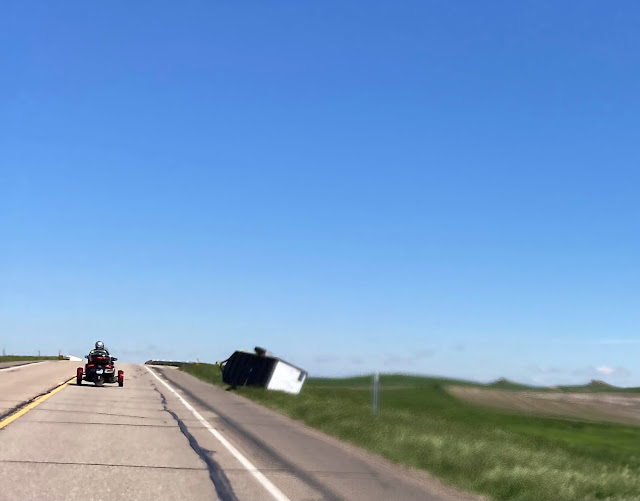 The next blow to our trip was more weather, only this time, in Montana and Wyoming. There were torrential and historic floods happening after the area received 3-6' of snow over Memorial Day Weekend, followed by 80 degree temps - the melting snow overtook cities and roads, washing roads away with it as it went. Yellowstone was forced to close as the road was washed away in several places. Beartooth was closed as well. We had fought SO hard to just get to the border of Montana and our hopes and dreams were crushed. Beartooth was not going to happen. 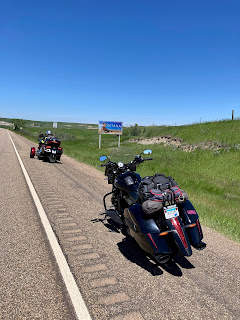 There was nothing we could do about it, and nowhere west we could get in a sufficient amount of time given the time left of our trip, so we detoured to the Black Hills. 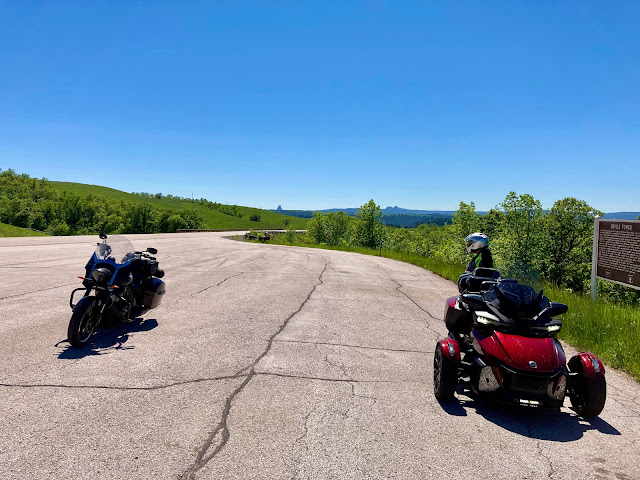 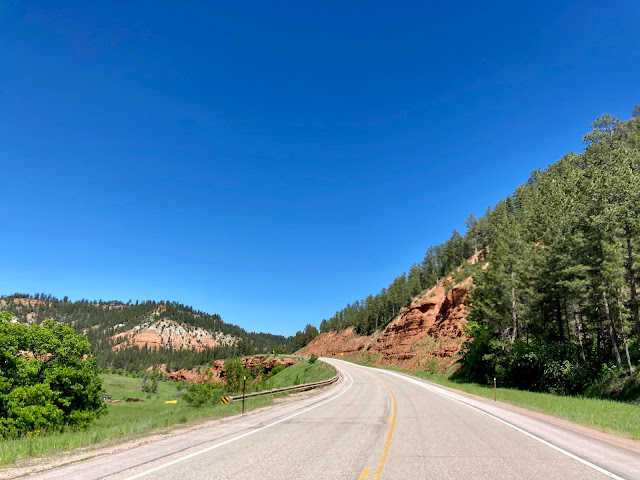 We had great riding in Spearfish Canyon, through Nemo, Deadwood, Sturgis, and Hill City, where we stayed for a couple of nights. We even found some gravel! 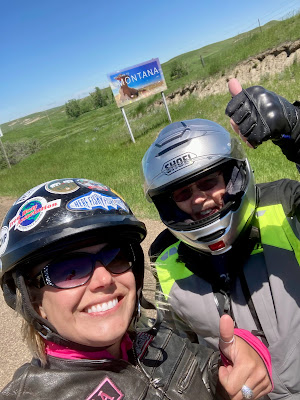 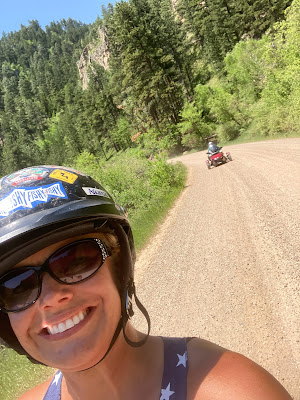 Since we were in the area, I took my dad to Sasha's - my parents have heard of this person for over a year now and I was excited when I reached out and Sasha showed up to say hi and show my dad around the shop. He and his wife are two of the most REAL and genuine people I know. It is always fun to see them! 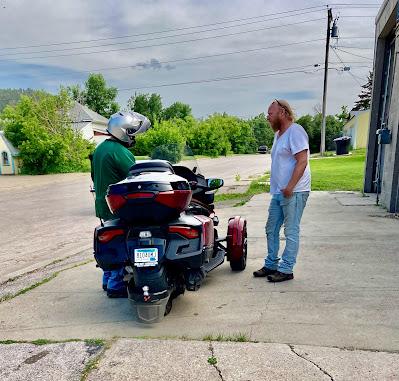 While the trip was not anything that we thought it would be, we didn't have any reservations or plans made ahead of time, so luckily, we weren't out anything, other than my dream to ride Beartooth with my dad will have to wait another year.

Even with all the deterrents we faced, I would not trade one minute of the trip for anything. I feel so fortunate to be able to ride and travel with my dad on 2 wheels. To share a passion of motorcycles with a parent is something I will cherish forever!! I can't wait for our next ride - and surely, 3rd time has to be the Beartooth Charm!!!! 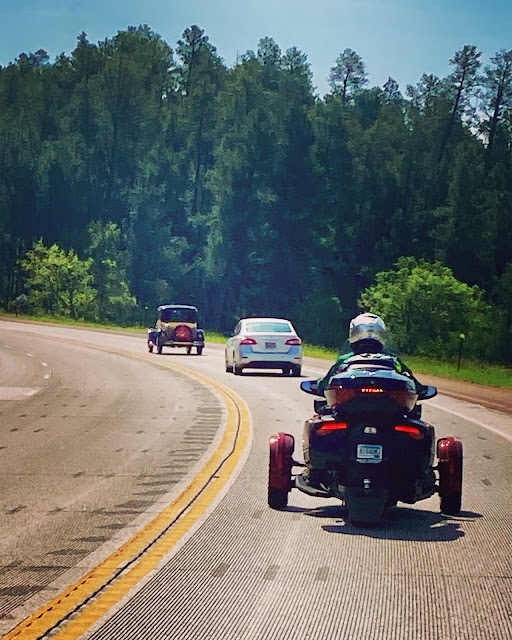 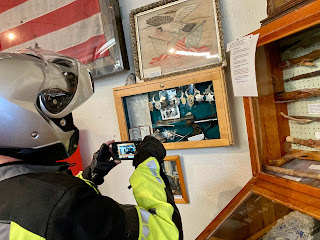 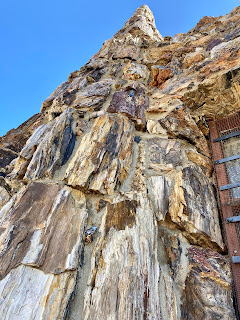 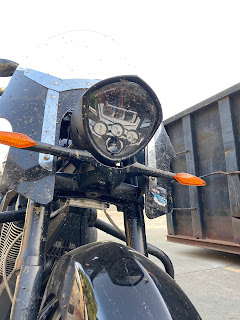 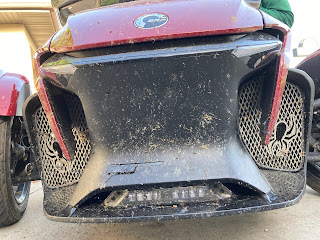 I don't know what number of motorcycle this was for my dad, but my face totally resembles his each time I hop on my own set of two wheels!! 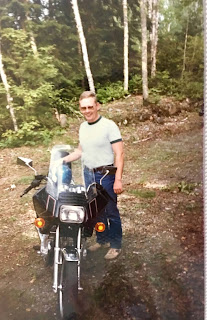