As a motorcycle rider, I have a fond appreciation for any human who loves being on two wheels, no matter what 'kind' of two (or three) wheels they prefer and no matter what their reason for riding. Over the past year I have hung out with a more diverse motorcycle crowd - venturing out of my comfort zone and into the unknown world of choppers. I have always had mad respect for the chopper world - the creativity and art that goes into every single chopper is 100% impressive. To take an old bike and make it their own, with no two bikes the same, is a skill that not everyone has. Since dating ScooterTrash, who rides a 97 Heritage, I have had the opportunity to learn more about the bikes, more about the folks who ride them, and have a newfound appreciation for it all. Having a 'standard bagger', I (still) feel 'different' from the chopper crowd, but have learned that they are perhaps far more 'my people' than any other 'type' of biker I have met. They are the most down to earth, 'ride because its in my blood', group of people I know. They don't care what others think, they don't strive to fit the mainstream motorcycle world, they just genuinely do their thing. And they accept anyone who has the same vibe. That is just my style. They don't care that I ride a bagger - they admire me for the miles I travel and the 'not made for motorcycle' roads that I take my poor bike down - just as much as I admire their passion and creativity for their bikes. The chopper group is full of REAL people who just love to tinker, create, and ride. I can't say the same for the bagger world - or maybe I just haven't stuck in one place long enough to find it. To me, the bagger world seems to have "Harley vs Other" groups, bike run groups, destination local pub groups, and the long distance groups (who are never in the same place at the same time lol). I realize that is a pretty generic description and 100% not a complete picture/accurate representation, but there is just a uniform passion that intertwines chopper folks that I have not seen elsewhere in the motorcycle world. It has been a pleasure to be a part of it - getting to know the people, the artists, and the talent within the group has been awesome. I still have a whole lot to learn about the bikes - from panheads to shovelheads to Harmon front ends - none of which I know anything about - but seeing the passion of the folks who ride said bikes is contagious for sure! It was awesome to be a part of Sasha's Cycles events during the 2021 Rally - from the unveiling of the sign to the bike games, it was all crazy fun!!!! Barrel Races - with beer in hand 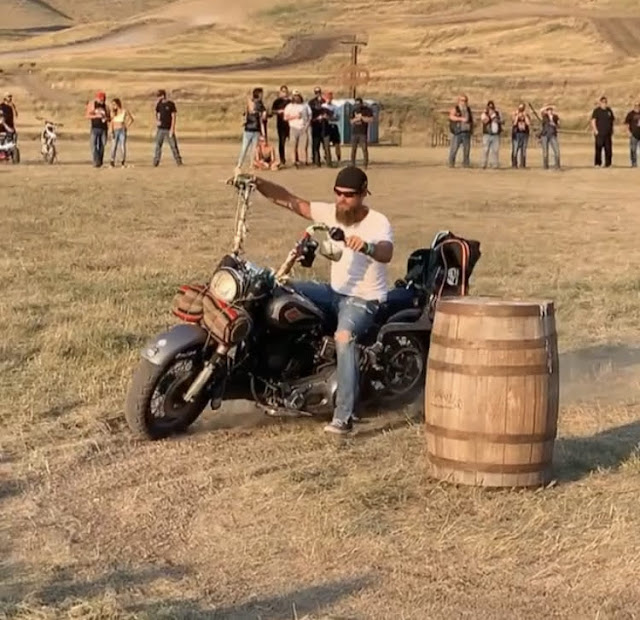 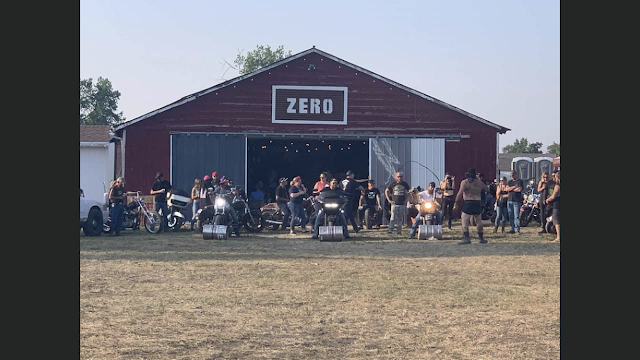 
Weinie Bite Contest - not as easy as it looks and twice as fun! 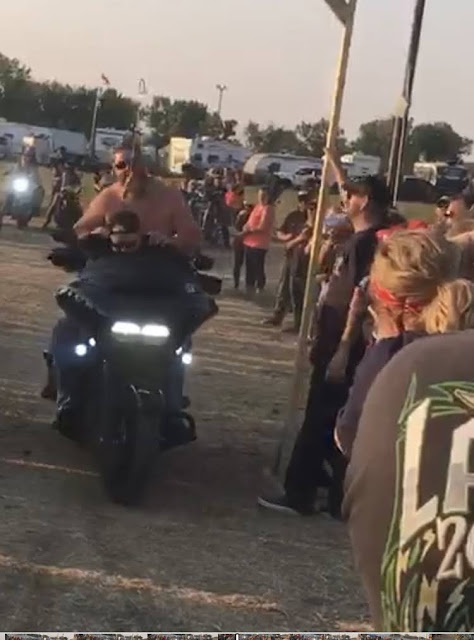 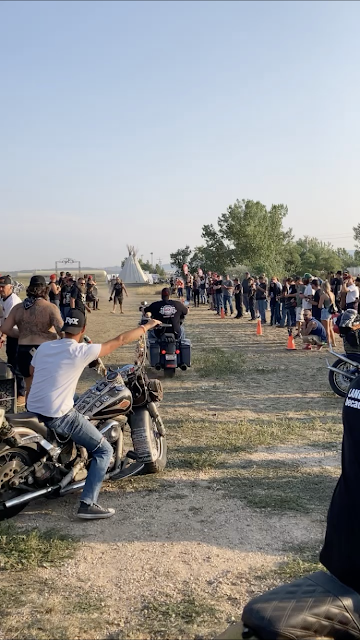 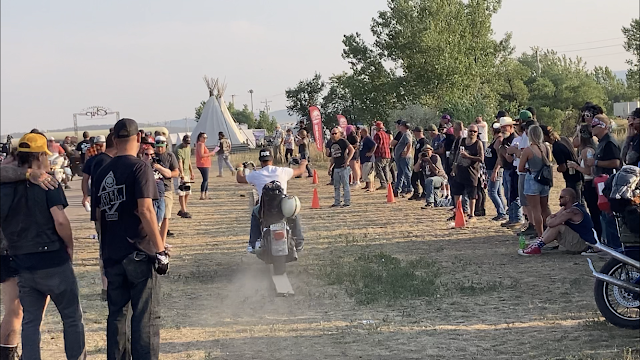 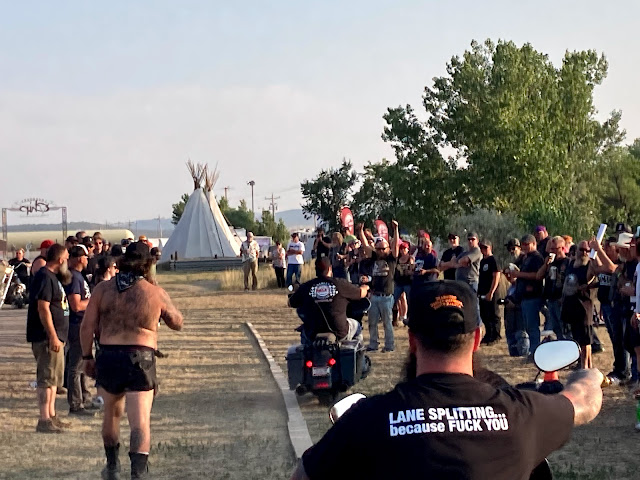 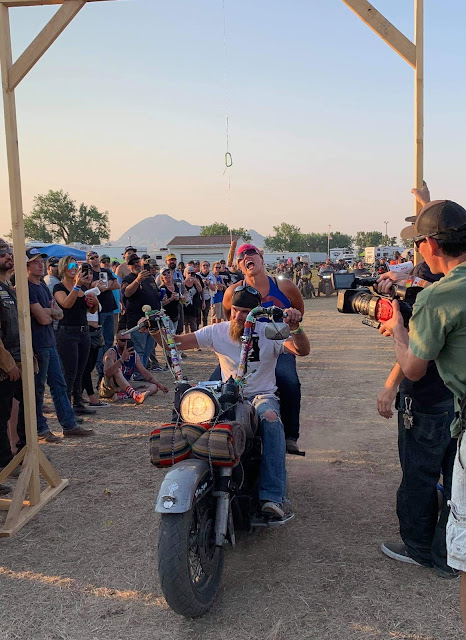 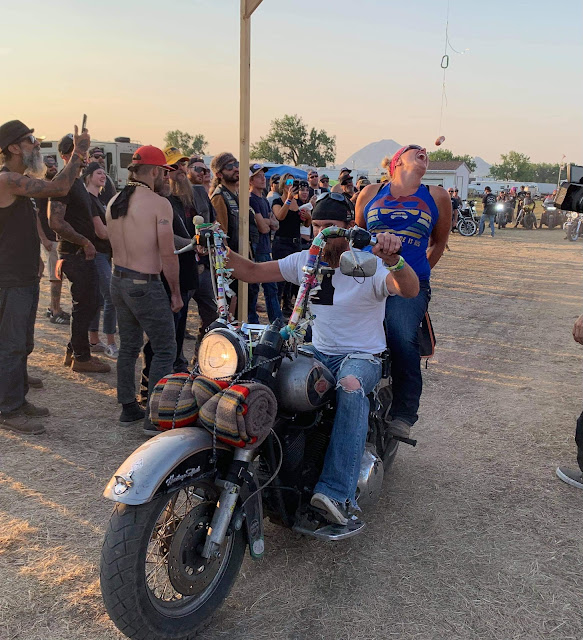 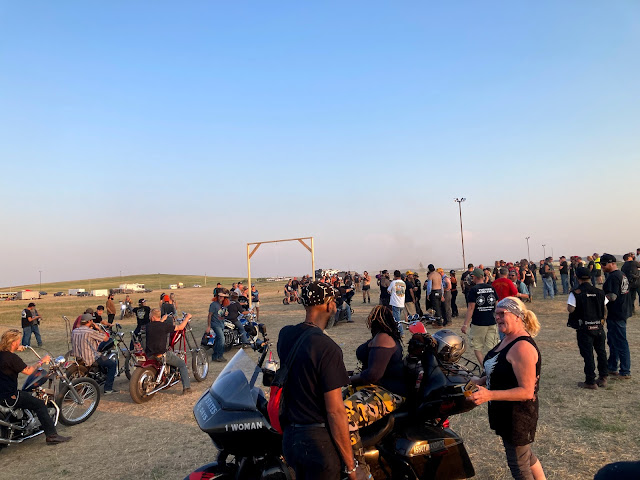 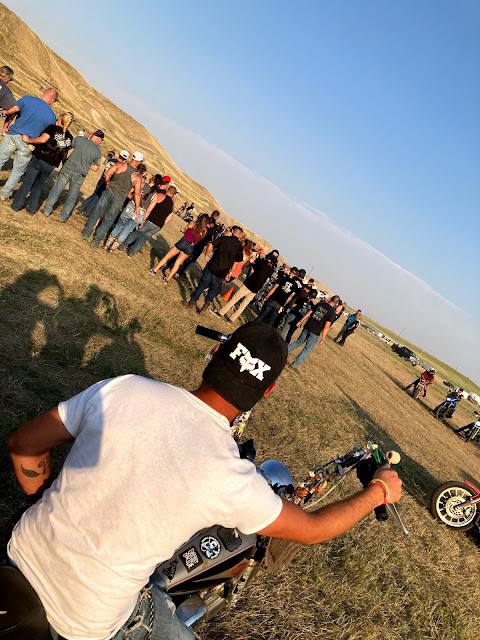 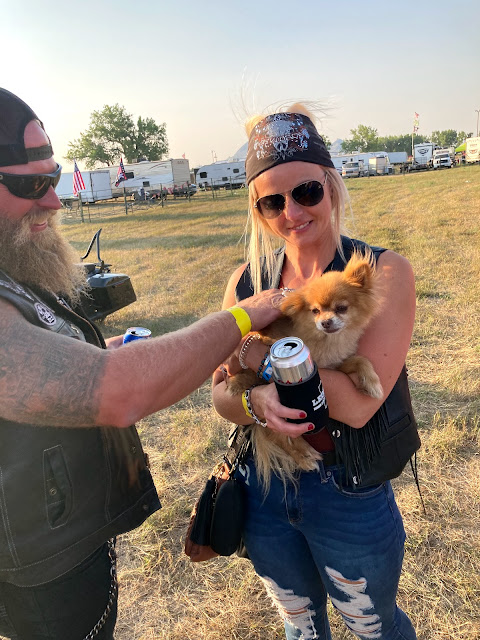 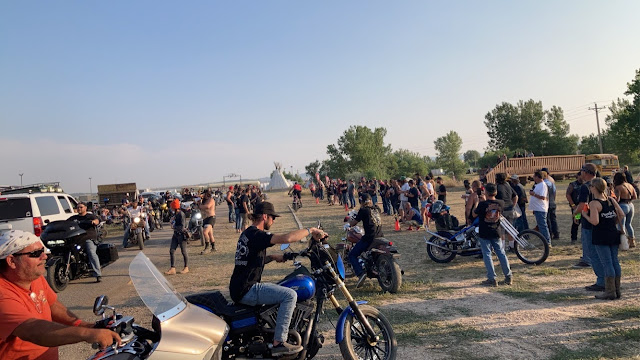 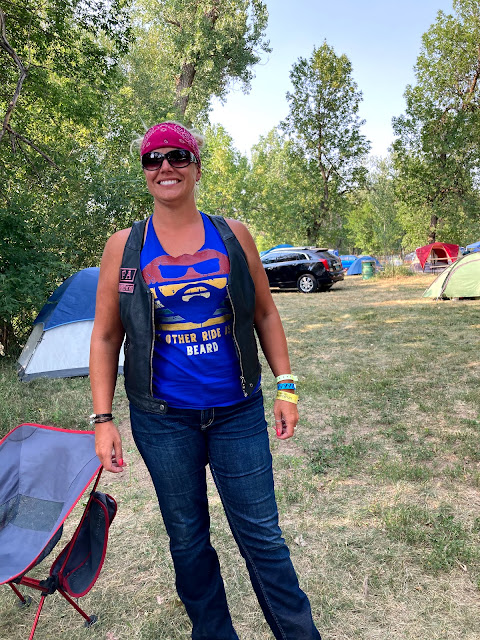 My classy outfit for riding on the back of Scootertrash's bike