You got your MC license!! Now what? Tip for the ladies on finding 'the bike' for you! 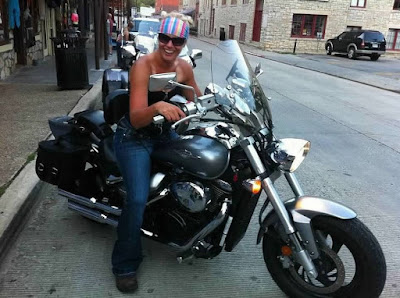 (I lost a bet, wound up in a corset and posed for this pic on my bike. I did NOT ride in this attire)!
Buying your first bike Finding a bike ladies