- October 12, 2017
I joined a mileage competition back in May thru Simply Street Bikes - a kick ass shop in Eden Prairie -  in which every month I had to log in my mileage with a picture of my odometer. I started putting receipts in the forefront with a date stamp as I (not to sound egotistical) had an inkling that A) no one would otherwise believe that I (a GIRL) would ride as much as I do.. and B) for my own recognition of holy shit... is that for real? Which is what I often ask myself when calculating out mileage. I honestly don't know how it adds up so fast!!! All of my jaunts seem so 'little' - then again, I am apparently skewed in thinking as if someone were to say "Let's just go to Arkansas for a weekend"..my response would be OK! We can get there in a day! And before dark!!! Let's roll! I forget that not everyone has a messed up vision of distance as me :)

Anyways... back to the mileage competition.... Due to my boss retiring, I was able to take a butt load of vacation once again. I am so lucky and fortunate to have that opportunity!! So, in May, the competition started. Having ridden to Texas, Arkansas, Florida, Oklahoma, and more, I was able to rack up serious miles from the start! That first month led to an email that said, something like "You sure had a good month of riding!" - aka... I was pretty sure they didn't believe me, as I suspected.
The next month led to more miles - local riding, Arkansas again, Wisconsin, Iowa, Illinois.... July was a biggie - Me and the bestie did Lake of the Ozarks to celebrate #MERICA, I came home to work a couple of days and then was off to Tail of the Dragon, up the entire Blue Ridge Parkway, then since we were 'so close' to South Carolina, Wes Virginia, Maryland and PA - all of which states the  bike had not yet seen, we meandered to those states, over through Ohio (YUENGLING beer stop!!!), on to Hell MI, and home.  A solid 13 days of wandering aimlessly with zero fixed plans.
Then came another round of fun in WI, IL, IA, and MN. #Unsupervised!!!

August brought Sturgis, which also covered into WY.. then local riding - WI, Stillwater, just cruising the fun roads and sightseeing while attempting to meet more riders out and about. I decided to stay home Labor Day - a free 3 day weekend and staying home is UNHEARD of in my world. But it was fun to hang and drink and party and boat 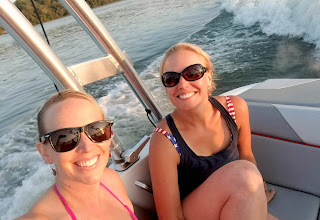 with the best of them!

September brought a bestie shenanigan filled weekend in IL-IA-WI... pure chaos. But, instead of meeting the local PD in a bad way, we made friends and I got stickers for my helmet. 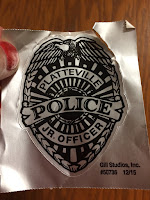 We also hung out in the bucket of a ginormous backhoe thing, played in the dirt, hung out with people almost half our age until the sun came up...and construction art. 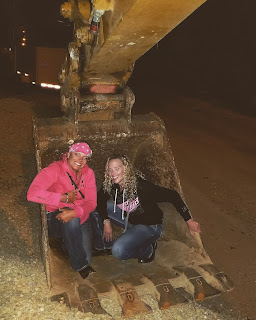 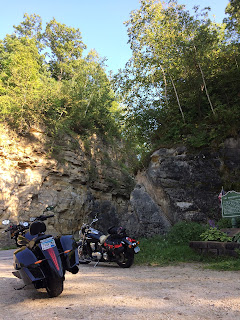 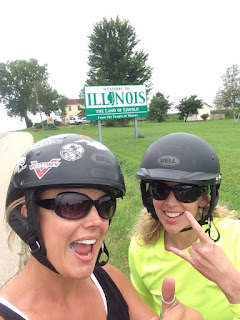 September was also the month that I had earmarked 5 days off to go to the Salt Flats to watch the Ex race.. Obviously that didn't pan out, not to my wishes and hopes, anyways.. so I scratched that idea and instead took the days off and headed to Colorado to ride Million Dollar Highway. Yep, that was my destination! Once again I sought out peeps to join in, and while several wanted to, time off, time of year, work, distance, all that jazz didn't work out. Shelly and I did an Iron Butt from Minneapolis to Fountain CO. It went crazy smooth until the CO border.. then we hit terrible storms and my headlight decided to give up...  bad timing ! But we still made the IB. :) 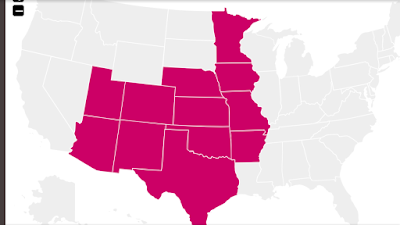 We hit CO, AZ, UT, NM, TX (Car Henge for fun!), OK, and our destination was Arkansas where there were reservations for Bikes, Blues, and BBQ's rally. It was my 6th such rally - and I wouldnt miss it for the world! Amazing riding, so many awesome friends met at the rallies over the years that get together that one time a year, and shenanigans, naturally. 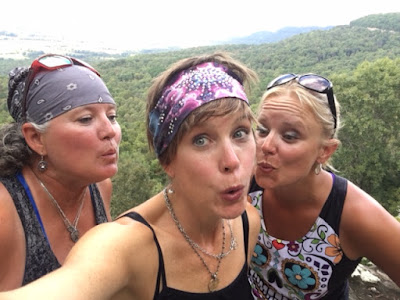 And I love the looks on peoples faces when they ask where we are headed, and we are currently in CO, and answer "Arkansas". Confusion is instant. And to watch people process geography is fun too. It was an awesome trip - amazing riding, overall great weather (MINUS the rain, hail, and temps in the 30's-low 40's we had ON the Million Dollar HIghway - boo). It was otherwise in the 80's and 90's and my summer tan quickly returned (happy!).


October is time for new tires, yet another oil change (my 8th of this season), and some chill, low key, home area riding. October was also the wrap up of the mileage competition. I came in FIRST place!!!  with 28,769 miles for the season (it's actually over 30k when considering the months prior to the start of competition). The 2nd place winner came in at a very respectable 19,887 miles, and third place at 17,929. 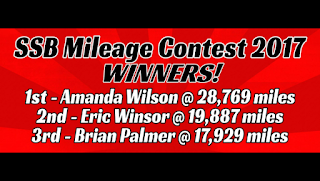 Some very serious riders in the group and we were totally under represented - as the final ride and group show up for the final event was mostly sport bikes. For my 'efforts' I received a little trophy (my first 1st place ever!) and


I picked them up in my CAR. Embarrassing, I know. But, my Victory is out of commission until a new tire goes on, as the threads are roughly 10 miles from hanging out throughout the center of the tire. Following suit of someone else I know... haha!  And, naturally, vecause I wait until last miunute for everything and have poor time management and planning skills, Simply Street Bikes, where the mileage contest was held, was not able to get me in for the tire replacement until next week. But I want to get out of town THIS weekend.. so that is a problem. Enter phone calls to see who had availability and well, I got a new rear tire and am ready to jet off again! Still a solid month of riding left and I really want to crack the next milestone before the season is over for real! 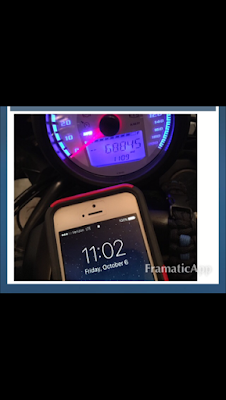 So THANK YOU to SIMPLY STREET BIKES in Eden Prairie MN for the competition - it was a lot of fun and I met some crazy riders like myself! And cheers to the rest of riding season!!!