Texas Recap & the next adventure (IA and IL)

- June 20, 2017
Little late to do a recap, but I swear I am still shaking my head whenever I think of that Texas trip. From Clear Lake IOWA and onward, the trip was WEIRD. Stopped for gas @ Clear Lake - went to pay and a guy with an eye patch is walking out saying how he just got his bike out of storage yesterday (WHAT?!)  and how he was jealous of us. I asked if his wife punched him after he took the bike out (HAHA) - he said no, but then loudly stated (IN the gas station) "I'd let you tie me up and punch me in the face anytime...DAMN"  What the? Its 8am and our first gas stop, and that was the intro to the Trip of the Weird. From there, it went to sleeping in an RV with 4 people, one bed, a pullout, and a deathly cat allergy + 1 cat.... to  BFE Texas where we stayed in a trailer home with a king size bed in the living room, a maze of bungee cords holding the door shut, two twin beds on the floor with three people sleeping on them, a twister hitting an hour away, and roasting marshmallows IN the house with a blowtorch..... mud wrestling (involuntarily)... near death drive from Anna TX to Austin...random strangers putting us in headlocks at the bar... an invite to meet some guys aunt Barb because I am from MN and I have gone fishing, therefore Aunt Barb and I should get together... to cops in kilts doing the worm on the bar floor, to a relatively smooth trip back to MN the next day. What an adventure! And poor Shelly says "I have never been to Texas and I dont feel like THAT trip was very Texan." Poor girl - no good lookin cowboys, cowboy hats, boot scoot boogying, cattle drives... just a lot of oddities. We will have to return, but have a more TEXAN experience!


The next adventure: Headed to IA and IL with the boy (at the time) to scope out the Iowa Motorcycle museum, planning a trip to Arkansas in the near future, a little riding with my Pa, and other local ventures.


IA/IL trip - Since I am late with this one - we rolled down to Poopy's in Savanna IL - following the river all the way while  taking a lot of fun back roads to get there. 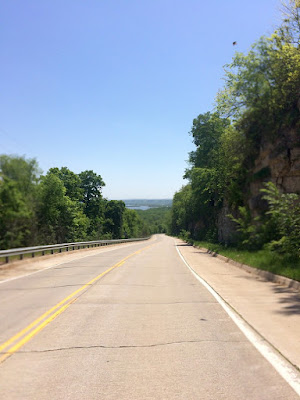 Poppy's was crazy busy as usual - with everything from live music, to BBQ outside, to shopping, tattoo shop, and eats inside, to free camping for bikers. And all the bar stools are made from toilet seats ;) 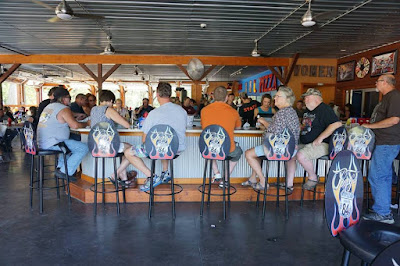 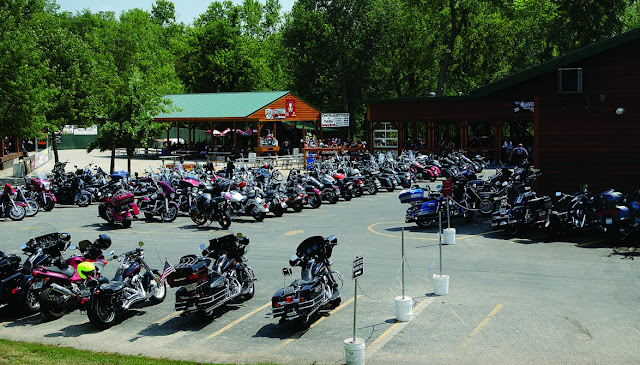 After the Poopy's experience, we headed north-ish towards Anamoosa IA - where we would stay the night and tour the motorcycle museum the next day. We went out in Anamosa - a small little IA town. Met another MN guy who rode there for the same reason, and we all walked the mile to downtown for eats and drinks. I found a bar on Yelp called Suzi's... I HAD TO GO THERE!  Suzi was my first bike love, after all. Turns out, Suzi's is no longer :(  So we stopped at another bar, little hole in the wall, where they were having live music soon after. The band was good, aside from the lead singer.... so naturally, after a few beers in us, the (then) boy asked the band if he could sing, he grabbed the mic and went to town. 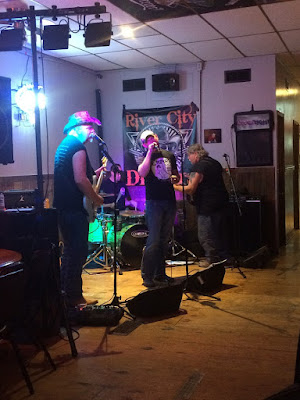 Meanwhile, i learned the lead singer? It was his SECOND gig ever. And he was already being kicked off the mic! Poor guy!


We left that bar, as we were the ONLY patrons in it this whole time, and went to Deb's bar. Met Deb herself, and we were pretty much bff's. Although, I did ask her boyfriend if she was his mom... and then contiunued to persist that this was the case....


I guess the trip could be dubbed "The Poo Run - Poopy's Bar, Poop chair, & Poo signs in the bars...." anyways
All while in the corner, sat a light up pile of poo on a chair - roughly 3' tall and a foot wide. Random. 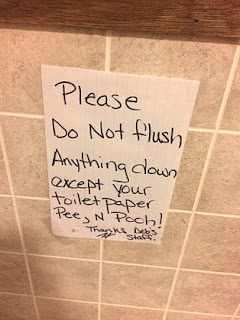 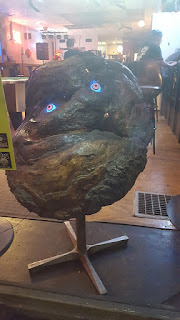 We all (3) drunk strolled back to the hotel. In the morning, got up and toured the museum - VERY COOL! Ran into our new MN friend who was hurting a little from the nights ruckus as well. The museum was well worth it!  Everything from Evil Knievel stuff to race bikes, to vintage clothes and tools and bikes - and everythin in between. 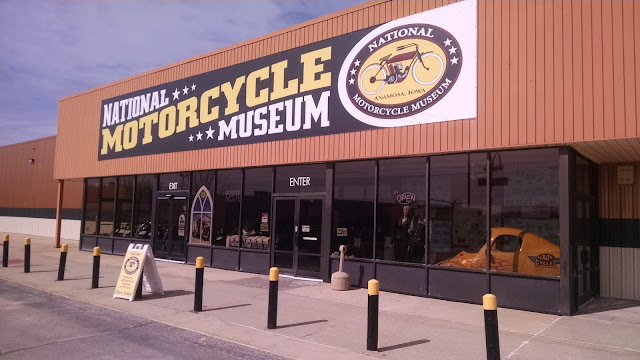 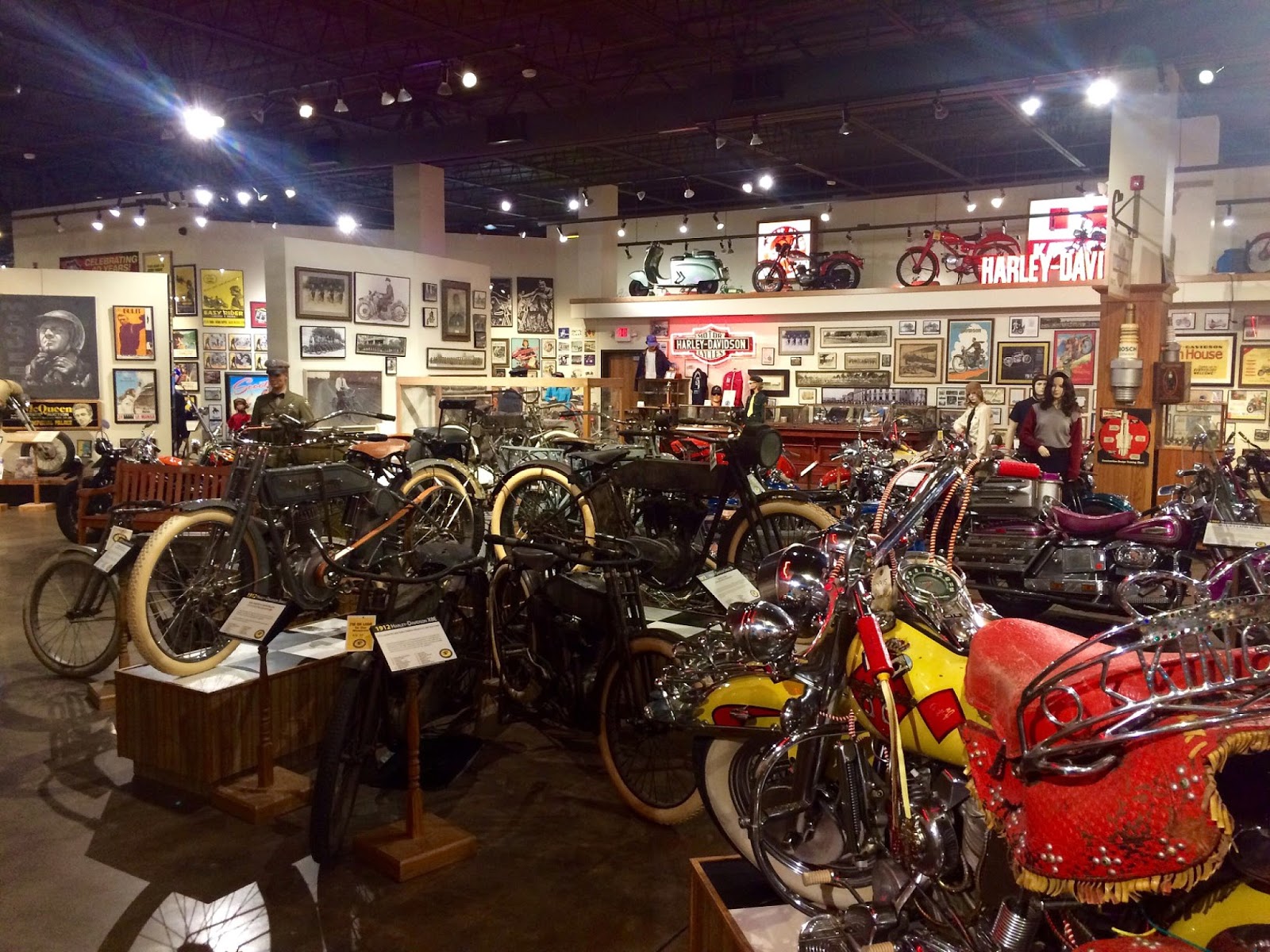 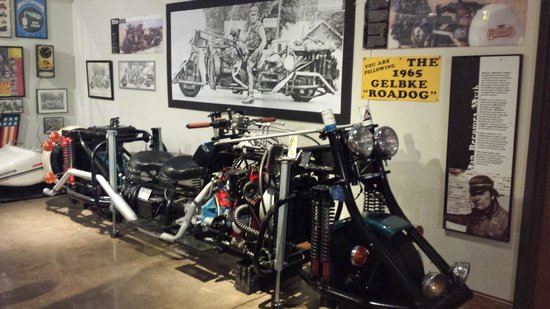 Million Mile Al ~ This guy is MY HERO! 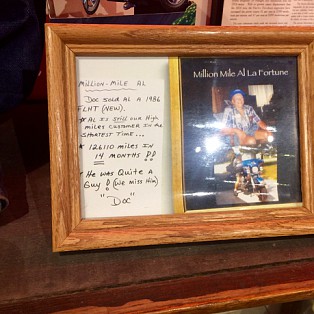 Then we headed back towards MN. And hit dead stop rush hour Sunday traffic in 85 blazing sun.. on minimal hours of sleep, not enough water, and two very tired bikers!